This festive bridal line is inspired by the Greek goddesses

From trending destination weddings and customisation of wedding dresses to the use of hashtags by bride and groom, the whole scenario of Indian wedding has a facelift. Celebrity designer Nachiket Barve brings his debut line from the Lakme Fashion Week to the city. Keeping women at the core of his  design philosophy, Nachiket has named his collection Theia after the Greek Goddesses— Aphrodite, Athena, and Artemis. “Capturing the way women feel when they dress up was important to me, its more like unveiling the inner goddess in each one of them. Even while designing I visualised how Aphrodite will look like if she gets married in India,” says the Mumbai-based designer. 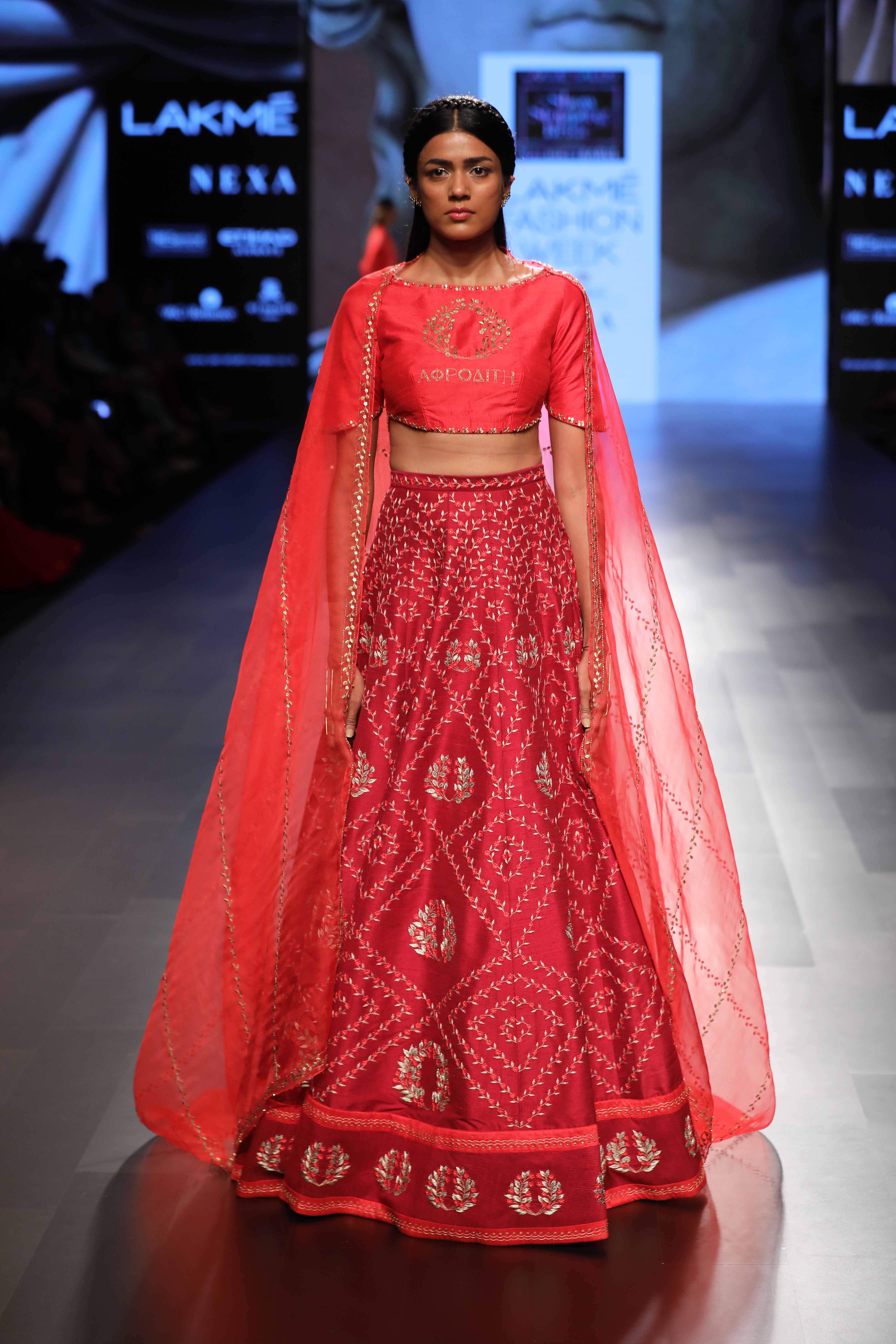 Greek drapery,toga, panelled skirts, bias cutting and capes that graze the shoulders form some of the key elements in the line. Bringing in craftsmanship, delicacy, and modernity together into the designs, he addresses the concern of a bride. The silhouettes in the range attempt to find meaning and relevance for the clothes beyond festive occasions by letting the wearer mix and match and wear the statement separates in exciting new ways even after the wedding. For instance, a blouse can be teamed with a traditional sari, lehenga with a white shirt and dupatta with a straight cut and multi-coloured kurta. Along with this, the launch will also feature an assorted bunch of staples like kurtas and tunics from the line. We ask the designer about what’s trending this festive season and he says “I think colours like tangerine blue and plum are finding a place in people’s preferences for their sober looks. Sheer and transparent fabric along with block printing is another highlight.” With a palette of deep indigo, burgundy and black, all the garments come with golden, bronze and pewter embroidery for a classic touch. “Forgetting age-old techniques completely makes no sense to me. To make it more relevant to the current generation, we tweak it a bit here and there,” he says. The designer has used aari, zardosi and resham techniques along with interesting elements like greek letters and slogans on the blouse. Fabric being his centre of focus, he has used organic silks, georgette and satin for a lighter feel. Nachiket is currently working as a costume designer for two films. One is a Hindi film Tanaji Malusare with Ajay Devgn and the other one is a Marathi film.