A VOLUMINOUS scarlet skirt trimmed with dust gold applique work graces the window of multi-designer store Ffolio on Vittal Mallya Road. The floor skimming piece is teamed with a translucent black crop top crafted from organza, and finished with hand-sewn sequins in floral patterns. This picture of luxury and opulence is one of the looks from seasoned designer Poonam Bhagat’s festive wear line, Twilight Gold. 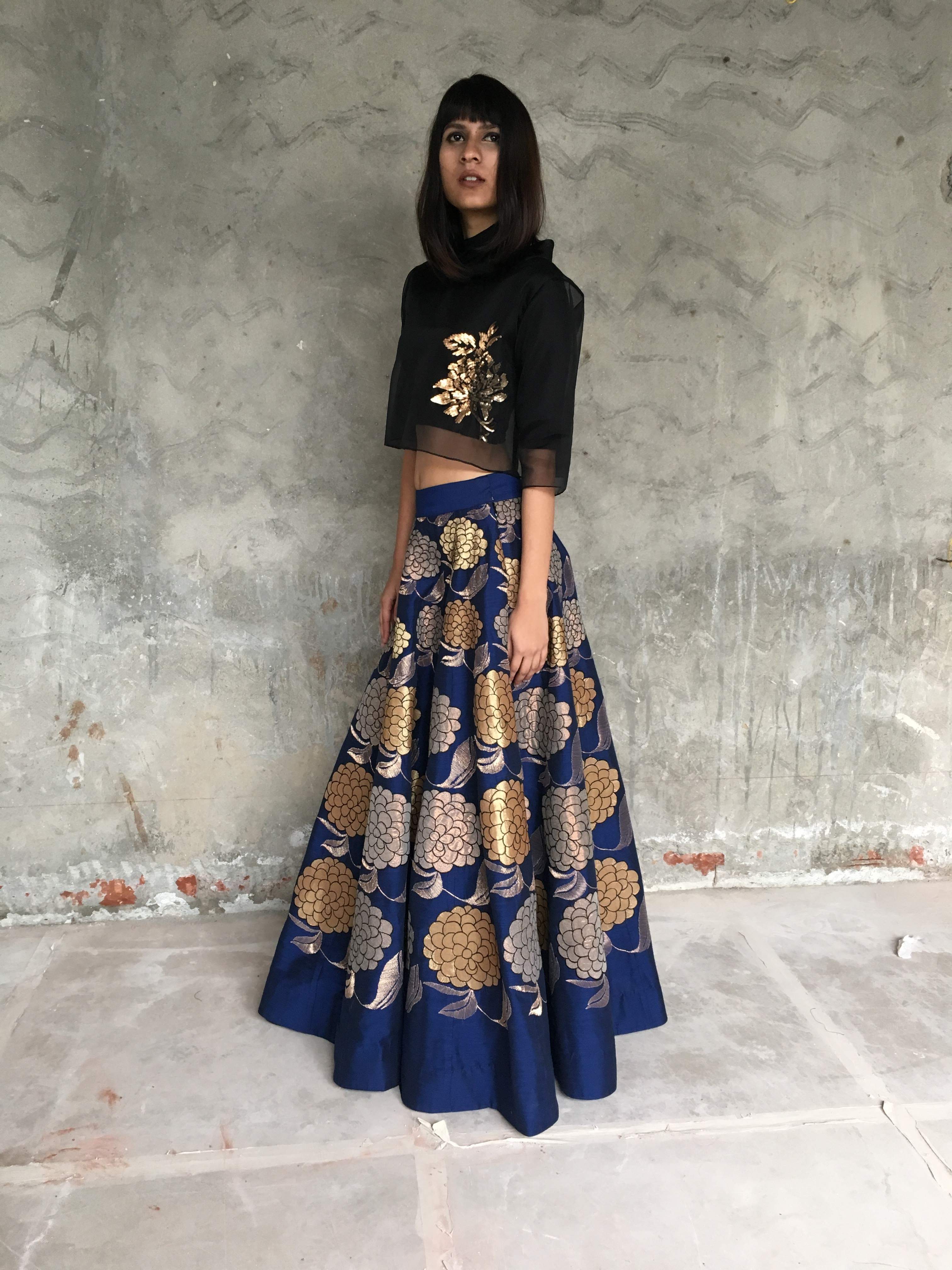 The Delhi-based designer, a regular at Ffolio ever since its inception in 1991, is showcasing three of her new collections at the store. “I first showed Twilight Gold in Paris, on top of the Eiffel Tower. It was part of the Namaste France initiative, a festival that brings the culture and art of the two countries together,” reveals Poonam, whose label Taika has been worn by Sonam Kapoor and Kalki Koechlin. Like the ensemble that forms part of the window display at Ffolio, the other pieces from the line too feature applique work, hand-embroidered details, and most of all, spell drama and luxury in equal measure. While the three collections are testament to Poonam’s versatility, the designer’s affinity for luxurious detailing is reflected throughout. Take for instance, the golden applique work. It also makes an appearance in her chic and classic collection, Waterlines. But on Chanderi and Chinese dupion silk, printed with Poonam’s digital representation of water and sand, the golden detailing creates an entirely different effect. “Waterlines was made as part of an art exposition in Jaipur in November. About 40 international artists came together to showcase their skills. The theme was ‘water’. The collection has prints that were created by me, representing water, sand and gravel,” she explains of the garments that include flowing kurtas, tunics and skirts in shades of blue and charcoal.

A lot more easy and casual, Ivory Coast, her third line, is a study in blush pink, off white and black. Asymmetry is a recurring theme here, and you’ll spot asymmetrical dresses, jackets and tops fashioned out of Chanderi. “This is very zen, playful and soft. It has a mix of dresses, capes, jersey pants and waterfall jackets. Essentially, it’s a collection that lets you be you,” she enthuses, adding that with the festive
season in full swing, there’s something for everyone.