From Iceland to Chennai: How this designer transformed basalt rocks into  jewellery

When Chennai-based jewellery designer Ratika Haksar was on a vacation in Iceland a couple of years ago, little did she realise that she would come back with more than just memories. Ratika, who visited a tiny town called Vik, came back home to Chennai bearing some incredible basalt stones, which eventually went on to become centrepieces in the limited edition collection (of 30 pieces), which will be on display at Nico’s Treasure Trunk, a one-day pop-up. 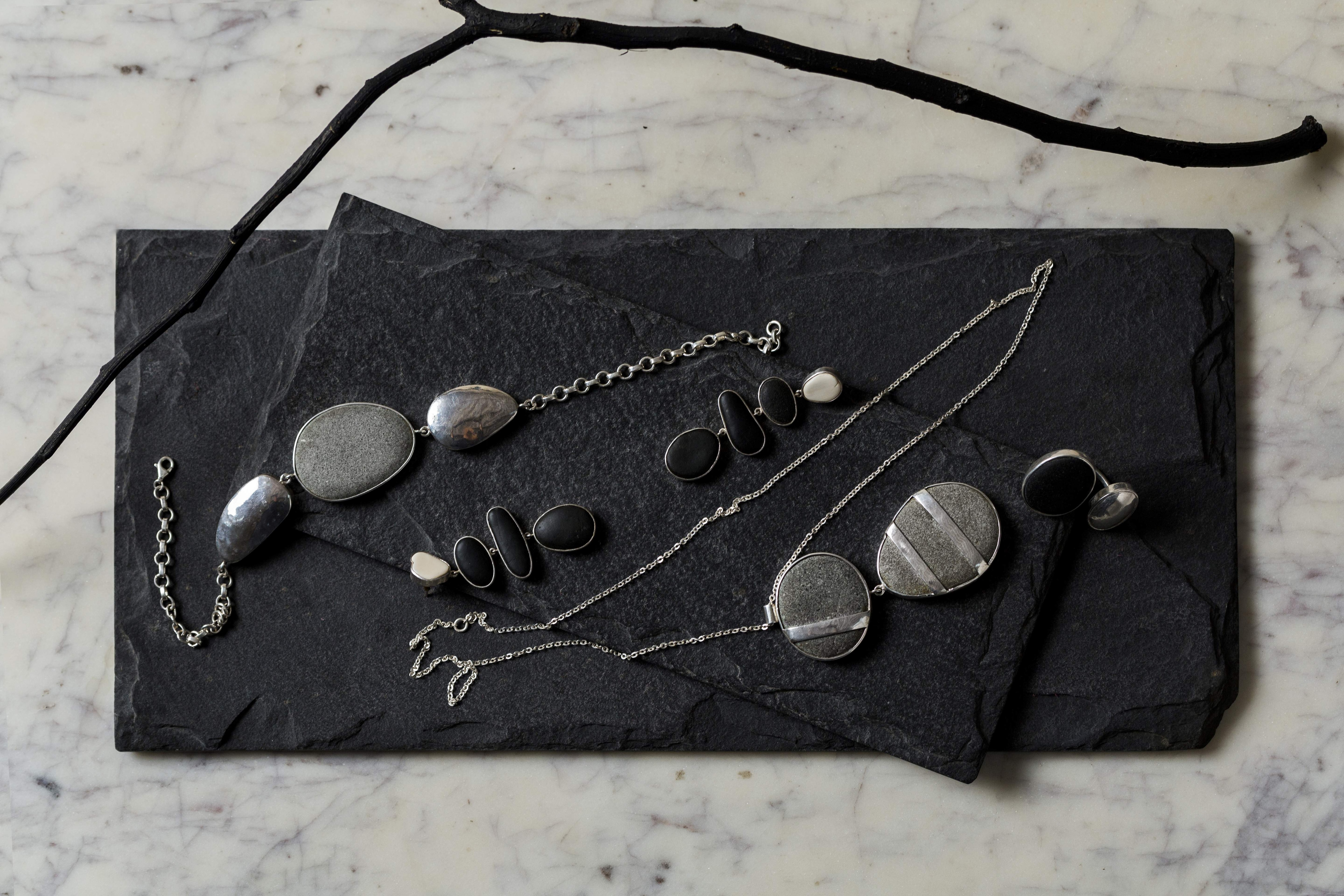 The collection, called Reykjavik, features necklaces, pendants, earrings and rings made of basalt and silver, in clean cuts. “I have kept the Scandinavian design sensibility in mind while making these pieces. Their designs are simplistic, futuristic and minimalist in look and feel, making these pieces look a lot like Scandinavian jewellery,” says Ratika, who adds that these pieces, which are designed as contemporary pieces, work well with almost any outfit. 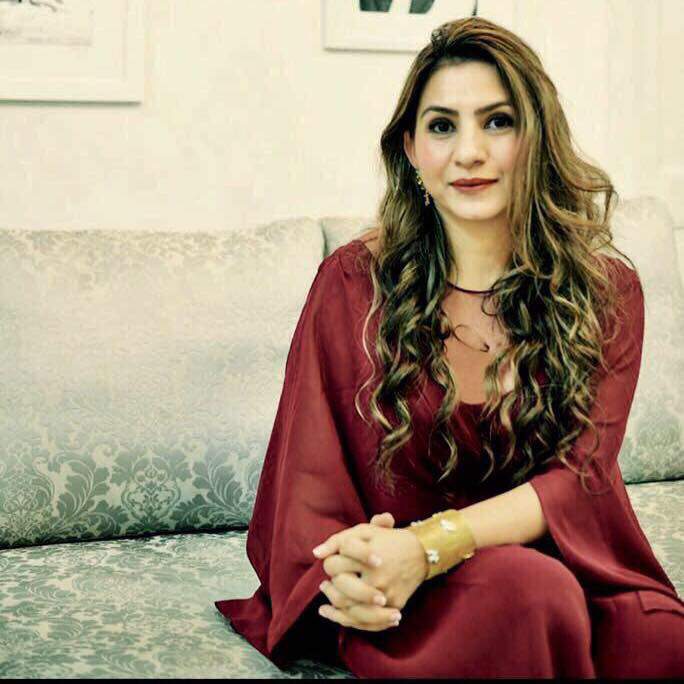 Ratika, who describes herself as an artist by soul and a designer by choice and has been designing jewellery for the last 12 years. But this is the first time she is using a stone that is all natural — basalt.   “Back on the black beaches of Vik, I saw the basalt caves and the rock formations. The pieces, which are essentially solidified lava, were lying on the beach and were naturally smoothed over as the waves washed over them. They looked incredible, like gems. So the stones I picked up are all natural and haven’t been cut or polished in any way. The metal used around these gems are also pure silver,” she says. 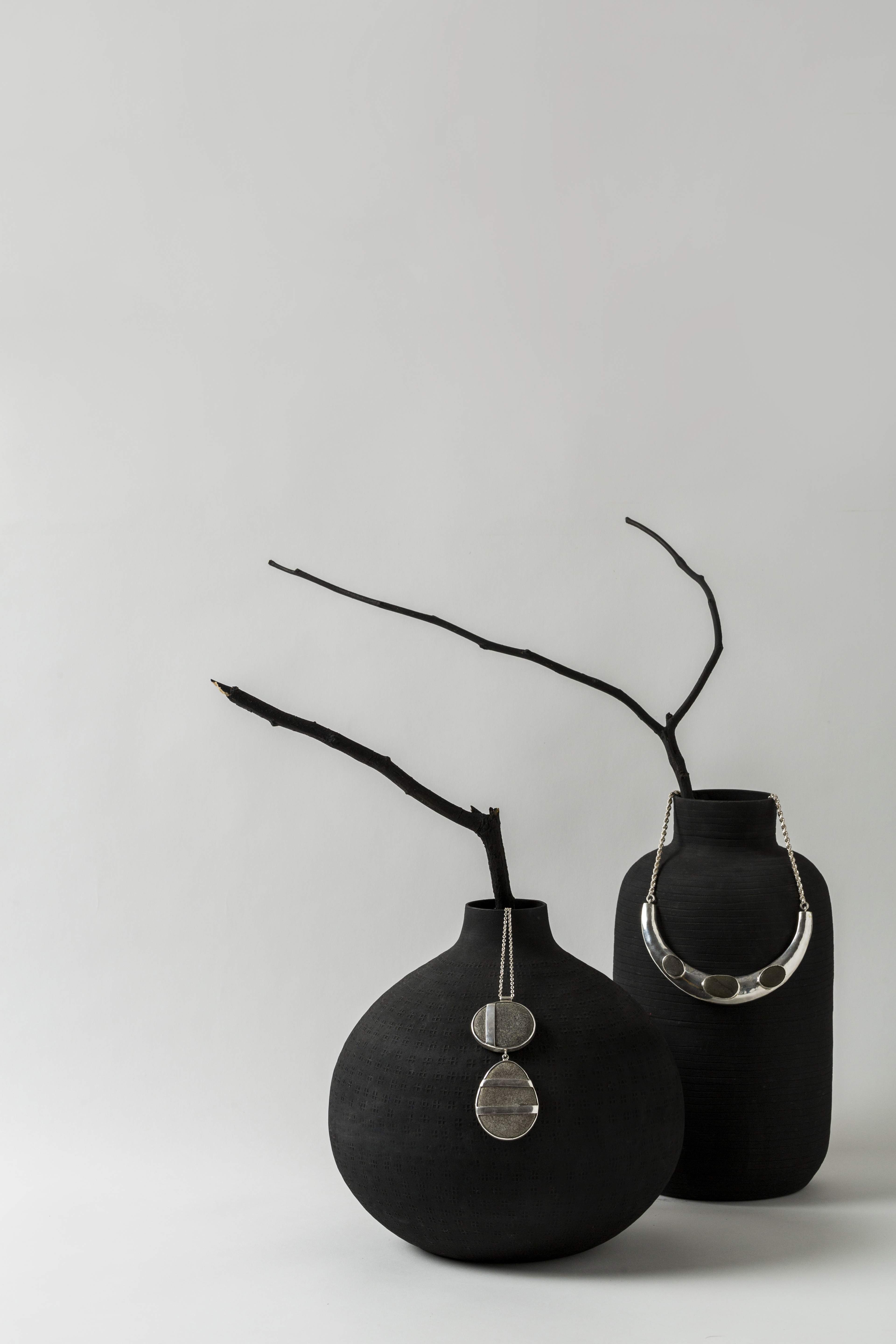 The only thing Ratika had to pay attention to, was to not make the pieces too heavy. “The basalt stones were easy to work with, but I had to make sure that I didn’t put too much metal because the stones are slightly heavy. So I have kept the silver also minimal so that the pieces are easier to wear,” she adds.
For her next collection, Ratika is working on a series that is inspired by the ocean and the sky, that is set to come out later this year. “This one will feature elements like shells, birds and fish, based on the theme.” Also on display is her earlier collection, Botanika, jewellery inspired by motifs from her garden.