IT DOESN’T TAKE much to decipher the philosophy behind Silky Ahluwalia and Prithi Monga’s fashion label. Chillosophy, as it implies, is about relaxed silhouettes that are young and stylish. However, it’s more than just that.

The brand’s tagline further defines it as ‘Minimal, Urban and Refined’. And if your fashion statement matches their tagline, then the Gurgoan-based brand’s Autumn/Winter Collection shouldn’t be missed. Titled Manifesto 1777, the collection is a take on postWorld War II fashion. The creative head of the two-year-old brand, Silky, says, “The numerical 777 stands for the three force behind the collection. While we all are 1977 born, the number also stands for Fire Snake, a Japanese sign. For this collection, we have Jacqueline See, architecture, my soul sister, who brought in her architectural influences into the collection.” 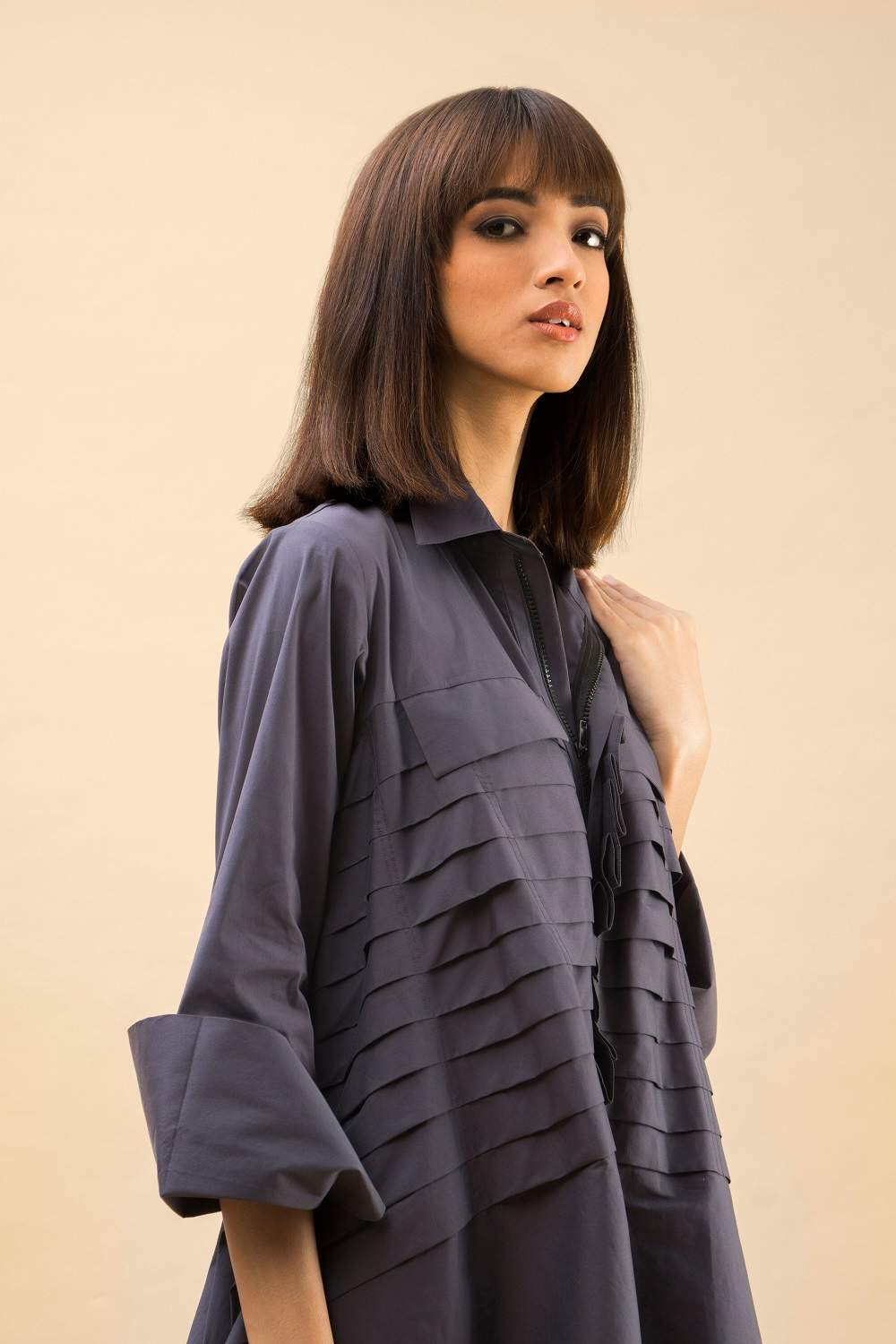 Silky, who informs us that she becomes a raconteur when working on a collection, says, “When I do a collection I become a story-teller. The basic theme of Manifesto 1777 is post-World War II fashion. So the garments have big pockets and are utilitarian. It has a military look to it. Also, since we know that Paris took over the fashion scene after the war so we have done a mix of both to bring in a whole new era of style that’s minimalistic and is a modern take on that generation.” Needless to say one can spot military green dominating the edit apart from shades of black, brown, blue, tan, grey, and flag red, delivering the vintage sentiment. One can find sculptural statement pieces that include dresses, jumpsuits, tops and skirts with sharp cuts and military detailing. 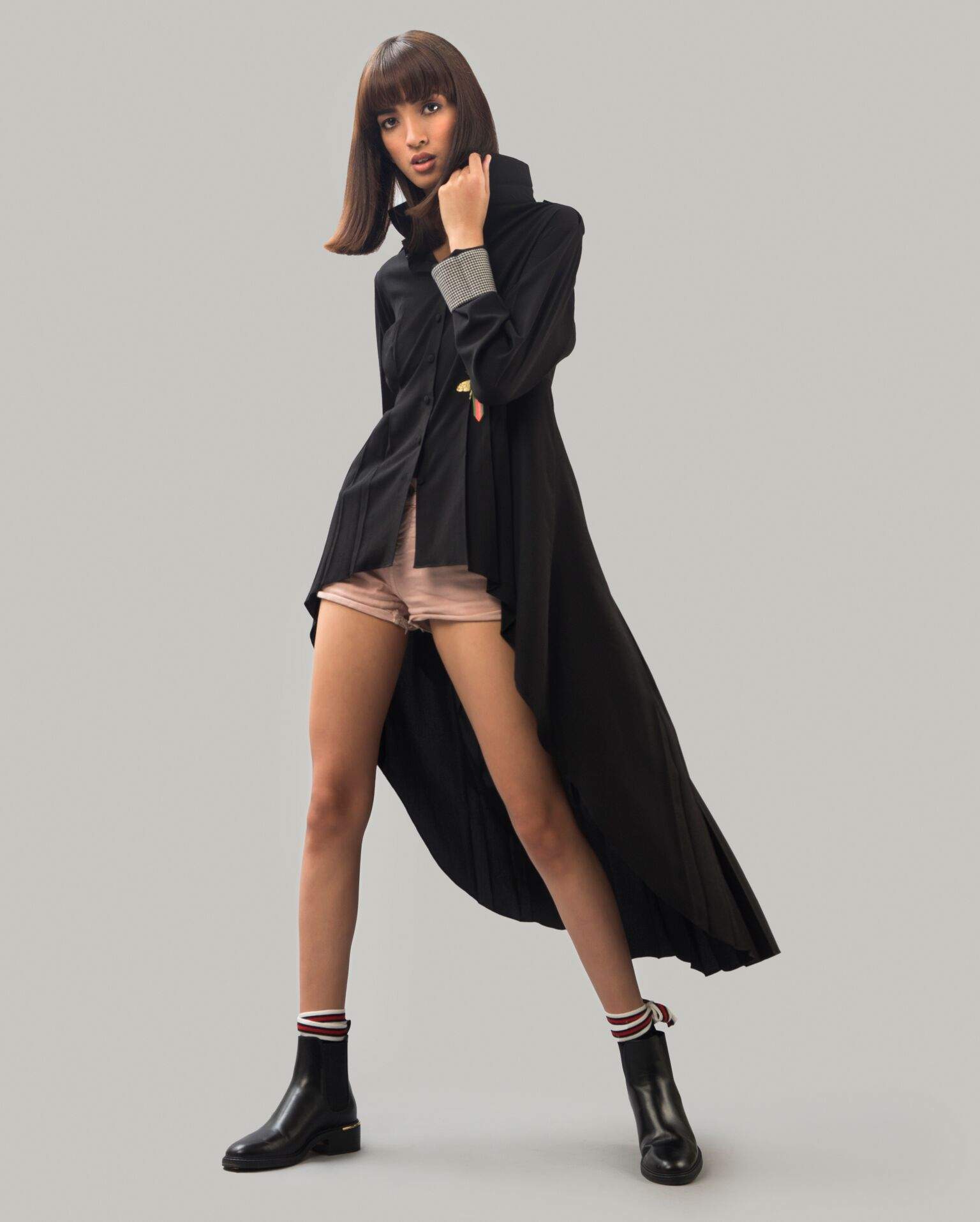 Their last two collections were equally intriguing. And briefing us about them was a soft-spoken Silky whom we caught up at a popup exhibition in the city. She says, “My first collection was Zaha, inspired by the works of the top female architect Zaha Hadid and all the garments were architectural-inspired. The second was Komorebi, a take on the Japanese minimalistic style where everything was woven around origami with very light colour silhouettes.” 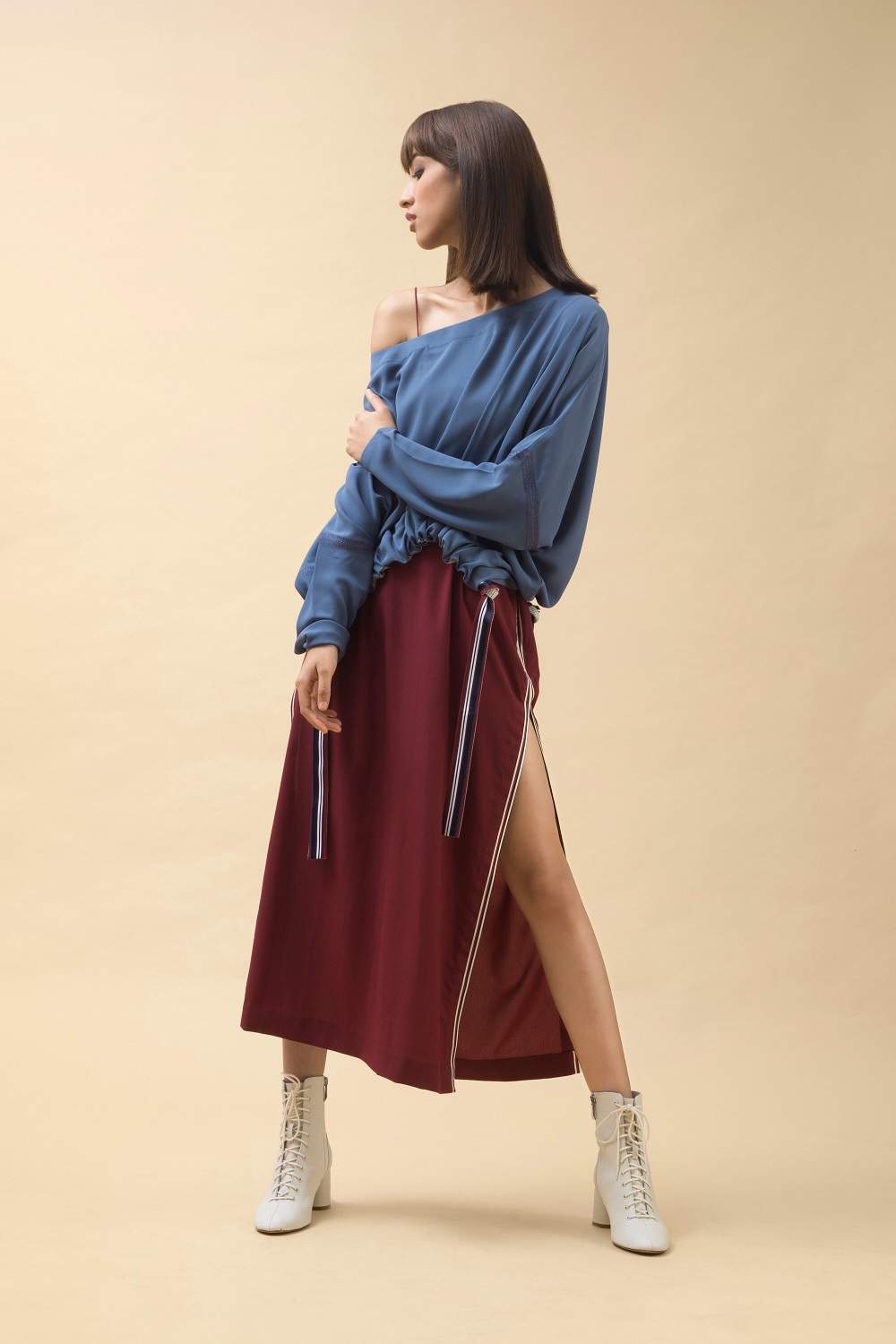 Pointing at the literal meaning of the label’s name, Silky says, “All three of us believe in chilling and have a very relaxed attitude towards life, hence the name. Chillisophy is meant for anyone and everyone who wants to wear smart silhouettes with minimalistic ethos. It’s very sharp-dressing so you can dress it up or dress it down.”