Though born and raised in Chennai, Rema Kumar only visits the city on certain occasions. But when she does, the Delhi-based designer brings with her a melange of weaves and textile crafts from across all the artisan groups she has engaged with. In a career spanning over two decades Rema has collaborated with weavers from Balaramapuram, Kanchipuram, Ponduru, Champa, Chanderi and beyond — 15 states and 38 clusters to be exact — to create handwoven saris, dupattas, stoles, shawls and yardage, all of which are part of the festive pop-up she has curated for the city. “My designs are a fusion...a coming together of weaves and detailing. Many times, the fabrics are woven at one centre, detailed elsewhere and finished in a third location. When the weaves, prints and surface detailing crafts from different states across India come seamlessly together in a single collection, I cannot describe the immense creative satisfaction I derive,” Rema enthuses. 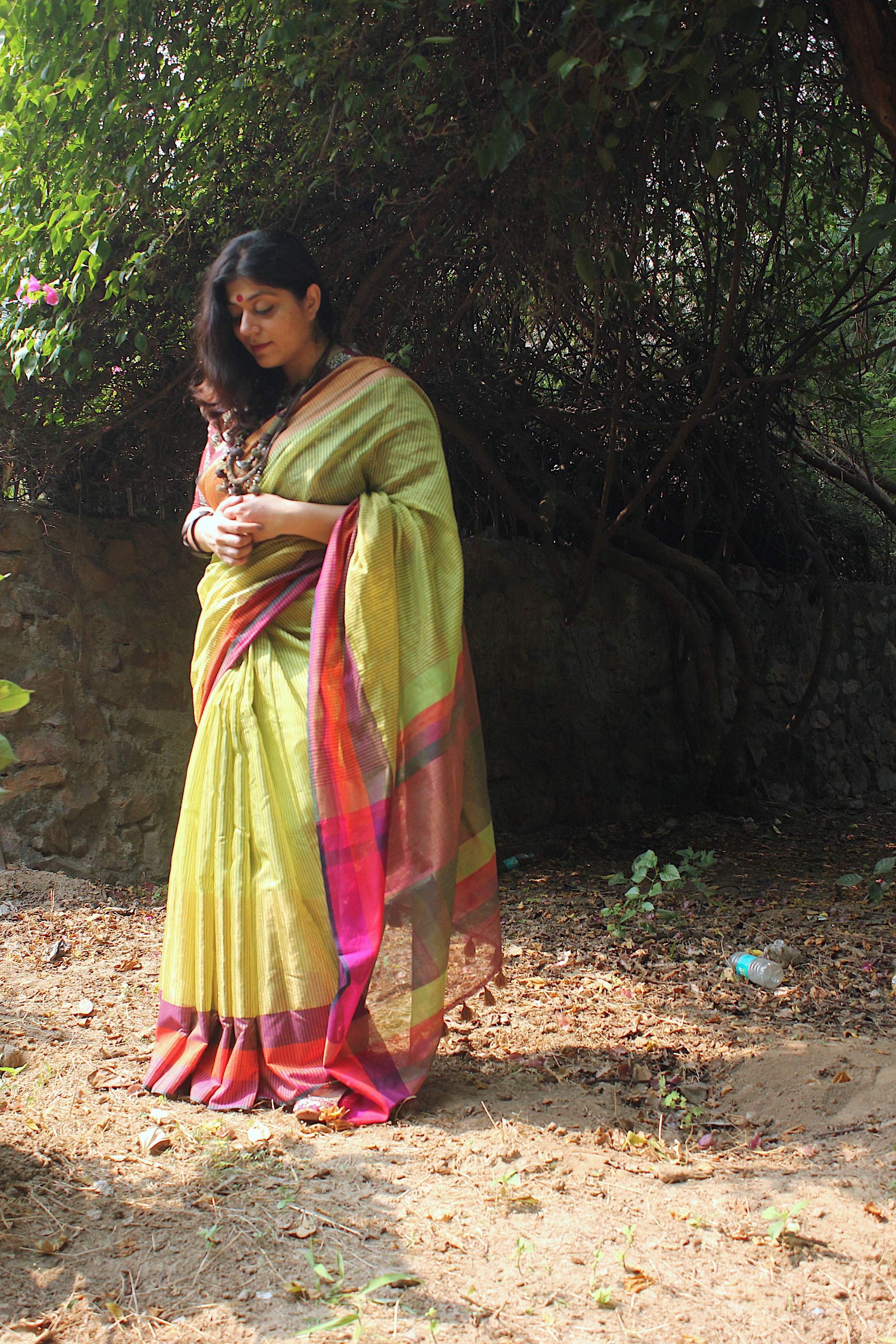 Creative chronicles
Among the highlights of her four-day showcase in the city, the Masters in Textiles and Clothing from JBAS College will debut the first-ever set of drapes woven in Assam. “I have been working on these Assamese weaves for over two-and-a-half-years now, and finally the first set of saris are ready in time for Chennai.” Handcrafted by the Karbi tribals of the North East, who have traditionally woven mekhla chador: a two-piece outfit in silk, design interventions from the 47-year-old has seen the tribe adapting their weaving techniques to create a sari. “The geometric motifs are woven into the fabric using an extra weft. It is so intricate and painstakingly done that it looks like embroidery,” she explains.

Colour within the lines
Returning to the appliqué work of Pipli in Odisha — now a permanent fixture in her collections — lookout for a collection of saris featuring motifs of butterflies, fishes and birds. Apart from the Chanderi saris woven with zari, block-printed with ajrakh and embellished with zardozi or patti ka kaam, the cotton textiles from Andhra Pradesh’s Mandapeta featuring handblocked geometric prints, stripes and checks will be part of her Chennai show for the first time. “In Mandapeta we were making use of deadstock and surplus yardage. This meant that the colour palette and the fabric was predetermined and we had to create a new series from what was available,” she says, adding that the collection extensively uses geometrical patterns in block prints.

Wonder years
Beside the textile and design interventions that she continues to carry out across the country, Rema Kumar recently turned author for the book Journeys with the Divine Feminine. Part of a larger group of 24 women writers from Ireland, Germany, Scotland, France, Australia and others, the textile revivalist tells us that her contribution to the book that hit stands earlier this week included excerpts from her design journey.