Designer Kim Jones, for his debut Fendi collection, took inspiration from multiple sources. He looked to The Bloomsbury Group, a group of English writers, philosophers and artists including Virginia Woolf and EM Forster, as well as Italian sculpture and the luxury brand’s own foundational codes. Orlando, the novel by Woolf, is used as a central motif. As are motifs found at Charleston farmhouse, the home of the Bloomsbury Group in Sussex, a little distance away from where Jones was raised. Expect beaded boots, hand-painted heels, finely embellished gowns, lots of drapery and a colour palette reminiscent of Rome’s Galleria Borghese.

For Jones, who moved to Fendi last year after working at Louis Vuitton as menswear designer and Dior as men’s creative director in the past, this is the first full women’s collection. Stars like Demi Moore, Naomi Campbell, Christy Turlington, Bella Hadid, Cara Delevingne, Adwoa Aboah, Kate Moss and her daughter, Lila Grace Moss walked the runway.

Here’s a look at the collection: 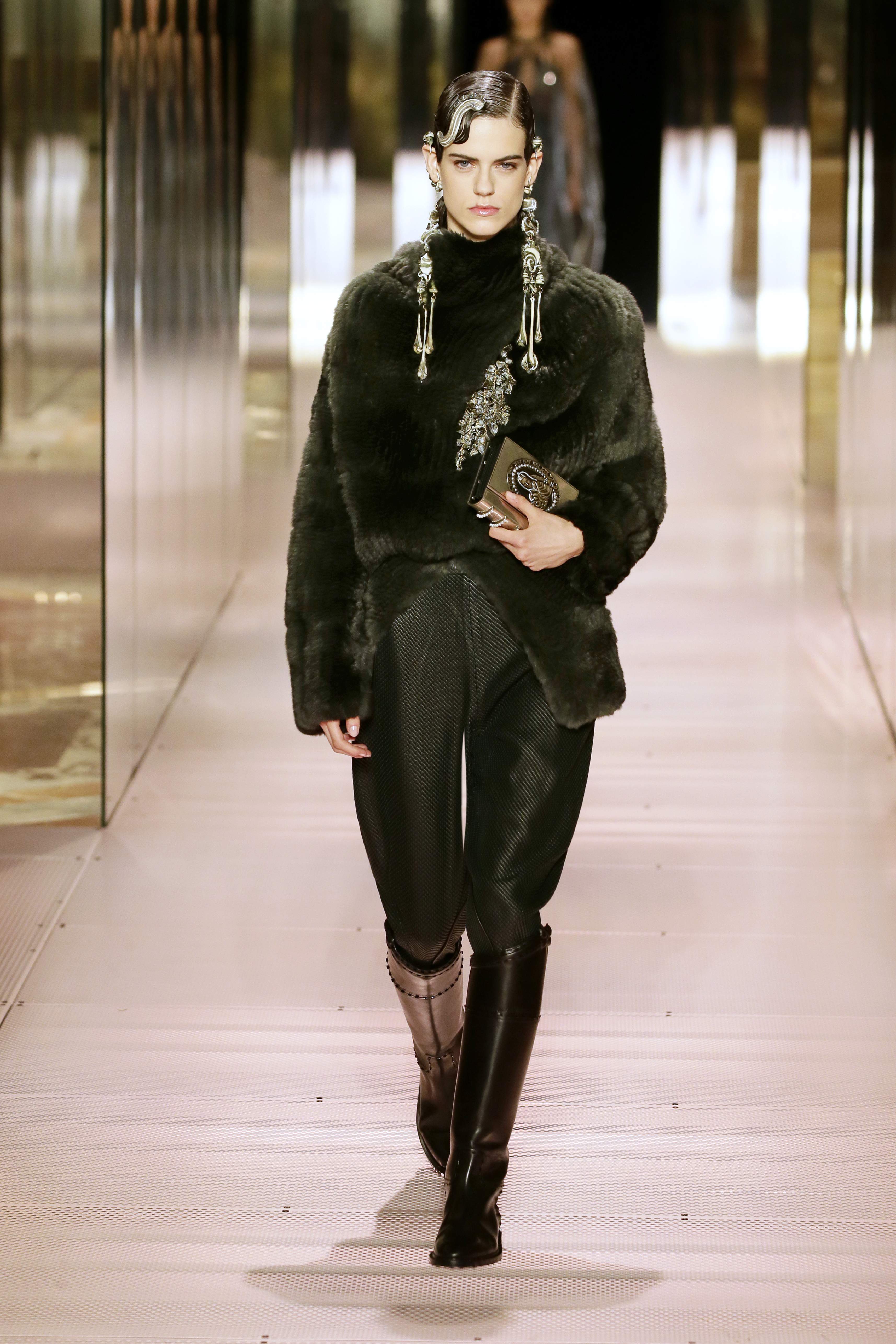 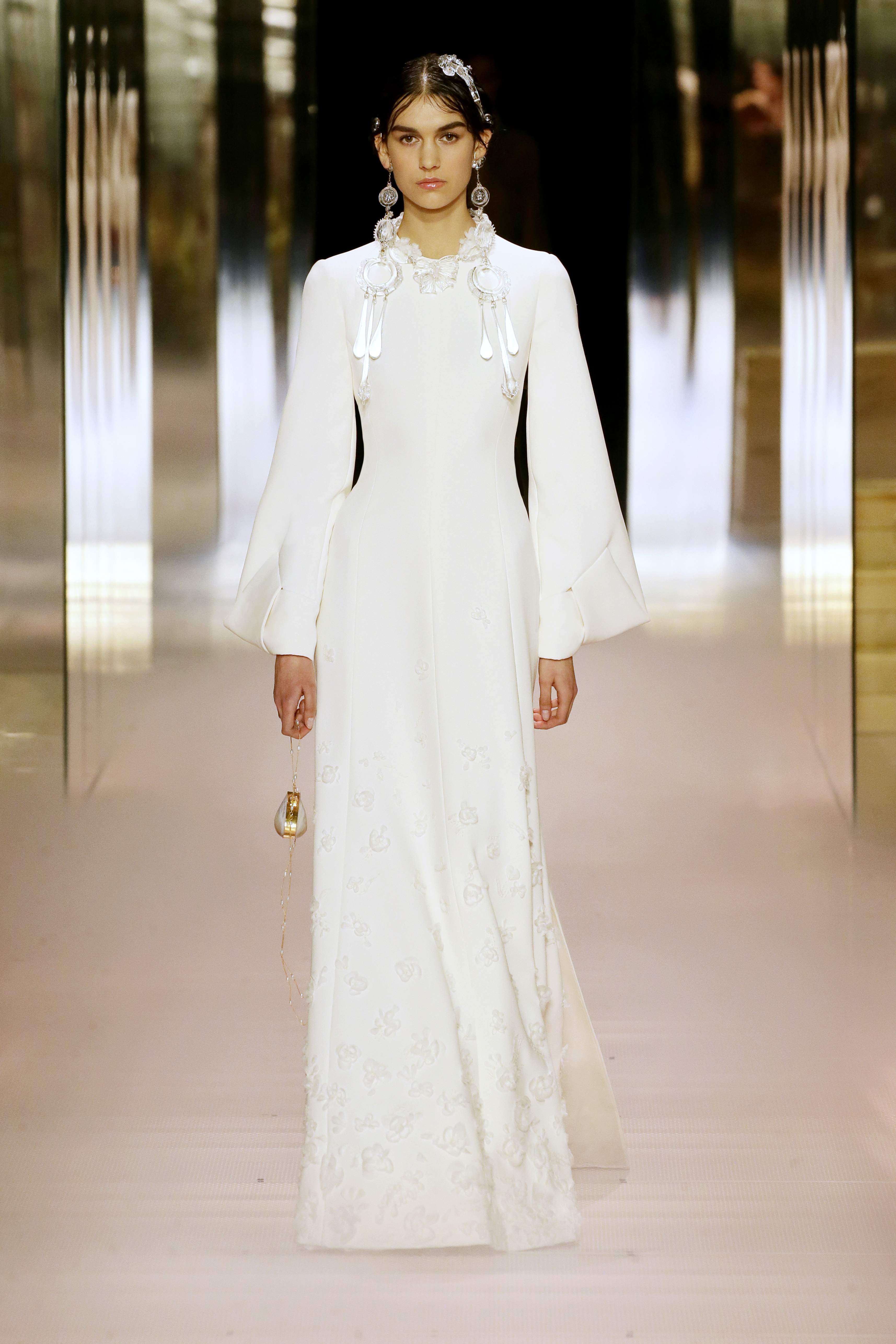 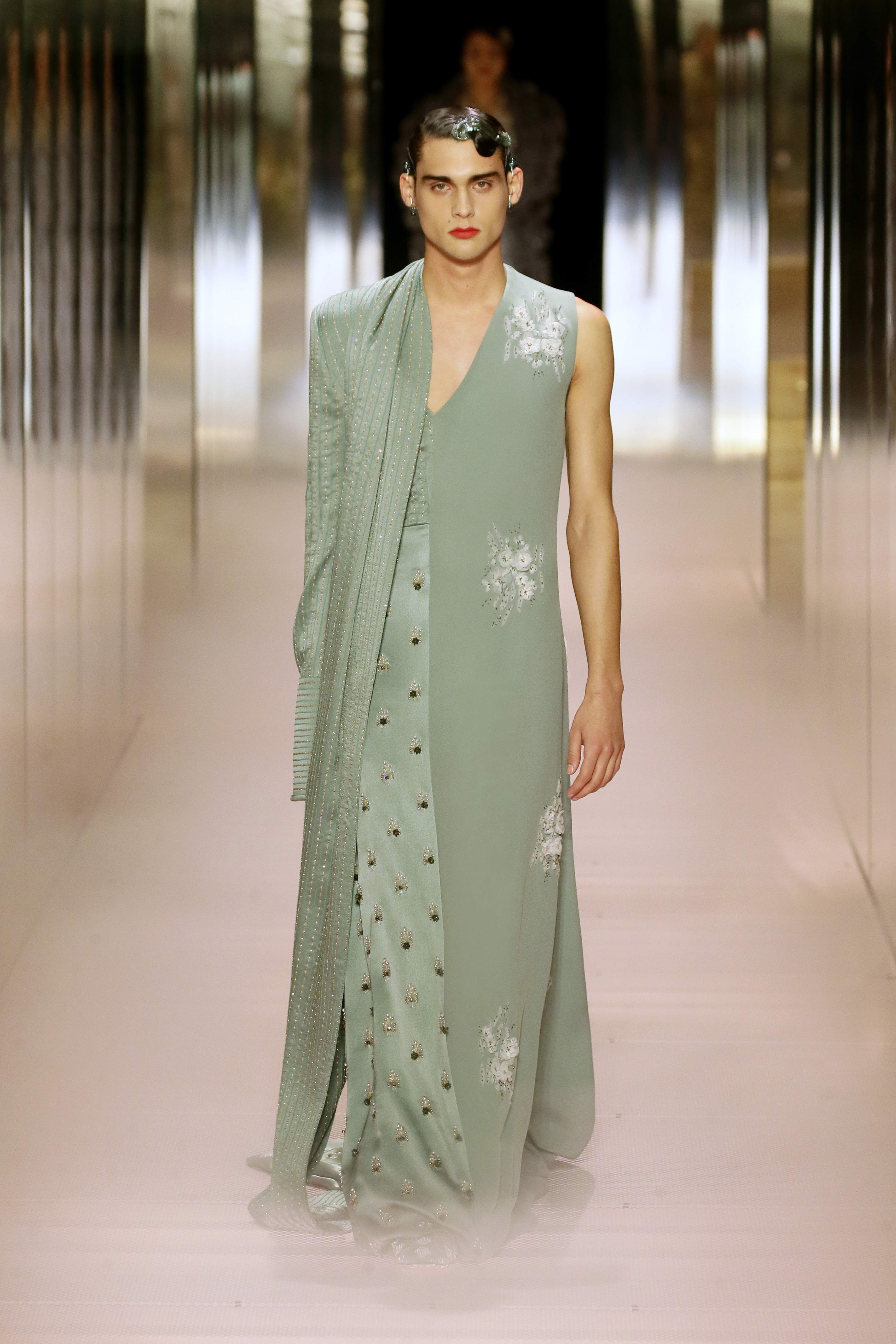 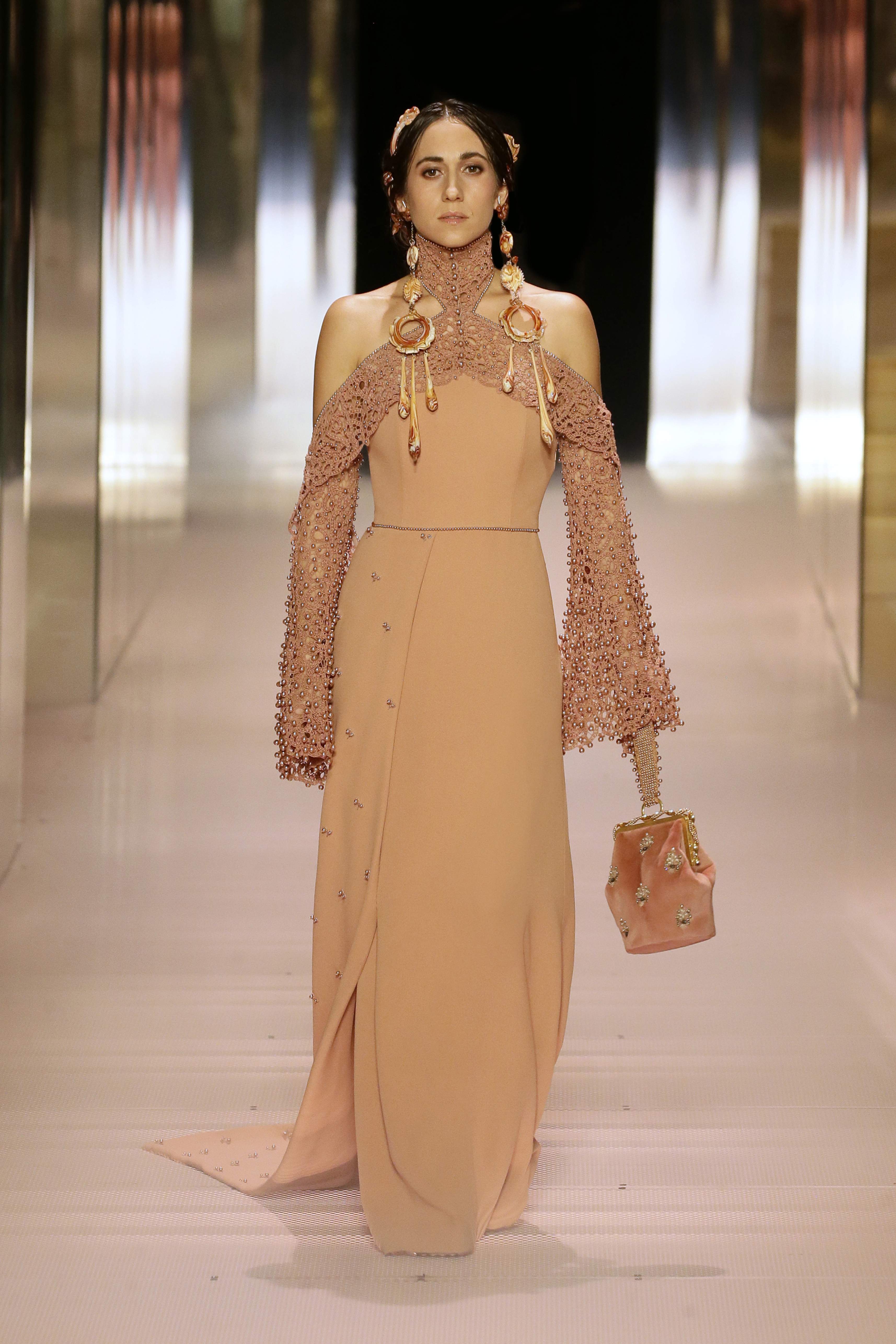 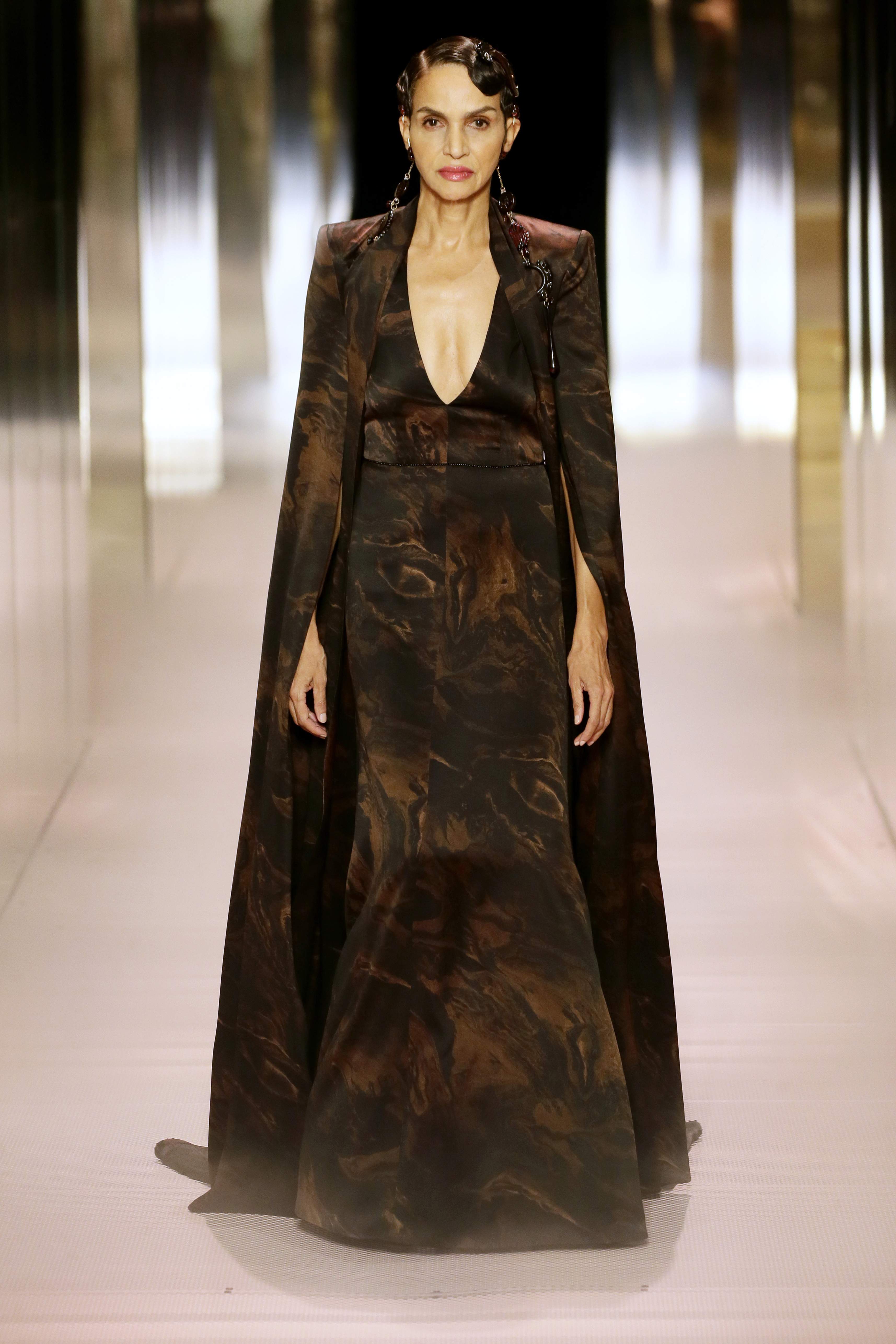