Wouldn’t it pique your interest if a designer told you that her latest collection is inspired mostly by the songs of her favourite band, Coldplay? Designer Riddhima Kollare, who recently unveiled Phase One of her Resort 2017 line in Hyderabad, says,“Yes, the mellifluous tunes of the British rock band is what influenced my designs. In sync with their tunes, I have used soft colours and alluring silhouettes.” 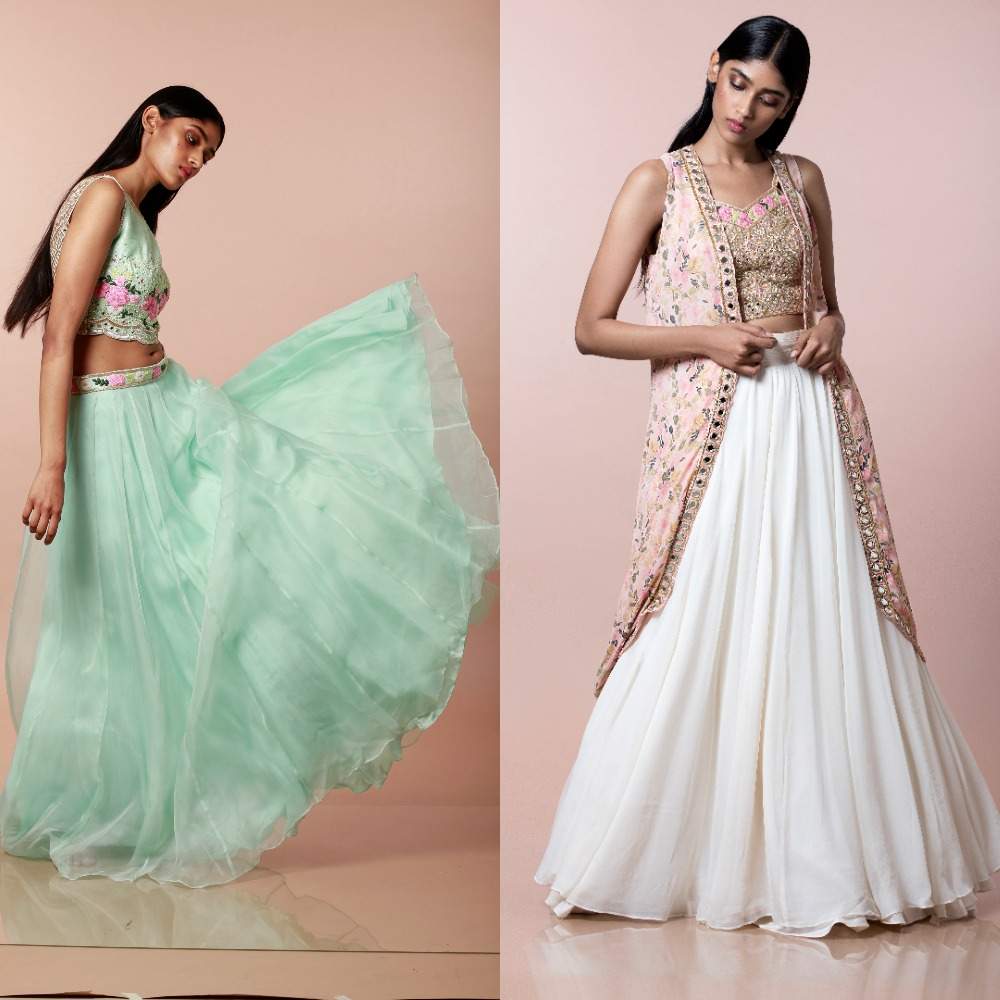 The designer has earlier dressed celebrities such as Tollywood actress Raashi Khanna and B’town diva Bhumi Pednekar. The fabrics used are silk and organza which drape the body gracefully and add to the dreamy look of the ensembles, we are told. While the mesh and sheer capes add to a dramatic flair, the mirror work and sequin-encrusted embroidery make her creations stand out.

However, this Mumbai-based designer’s lookbook showcases immensely wearable designs too. With destination weddings on her mind, trendy pastels make up the colour palette of the collection. Blush pinks, elegant creams, playful mints and powder blues can be spotted in abundance. The designer in her late-20s says, “Hyderabad is a place where I have received a lot of love from  patrons  so I have selected the pieces to suit their taste.” You can expect sheer capes with crops and palazzos with maxi dresses. Look out for the floor-length Anarkalis with cold shoulders, which she hopes will find favour with the fashionistas here. “Just a pair of elegant chandbaalis and you’re ready for the evening,” says Riddhima who counts Lebanese couturier Ellie Saab as her inspiration.