Fatherland to Jugalbandhi, labels making a difference in handloom

Last year, the Rajasthan Heritage Week, put together by fashion guru Prasad Bidapa saw the likes of designers Abraham and Thakore, Tarun Tahiliani and Manish Arora converge in Jaipur to showcase their interpretations of the humble khadi fabric. Elevated to the haute level, khadi saw itself fashioned into woollen jackets, block-printed trousers and chic matching separates, among others. The fabrics, developed for the Heritage Week, were showcased at the London Textile Fair two weeks ago. “What I noticed at the fair was that we were the only ones dealing with heritage textiles. It made me realise that India has something that other countries don’t. It’s true luxury. For instance, it takes about six weeks to weave a Kota Doria sari. So our handlooms need to be preserved and celebrated,” says Bengaluru-based Prasad Bidapa. This Handloom Day, we take a look at designers and activists doing their bit to revive the craft.

Nool by Hand
Nool by Hand revives the dying handloom craft of the Chennimalai cluster, 27 kilometres from Erode. This brand headed by Shree Bharathi Devarajan is currently working with 20 weavers. Their silhouettes are Indian and Indo-Western and predominantly designed for women. “The weavers were originally trained to weave cotton and synthetic bed spreads, but now we have trained them to weave linen and denim,” says Shree. Details: 9715395555 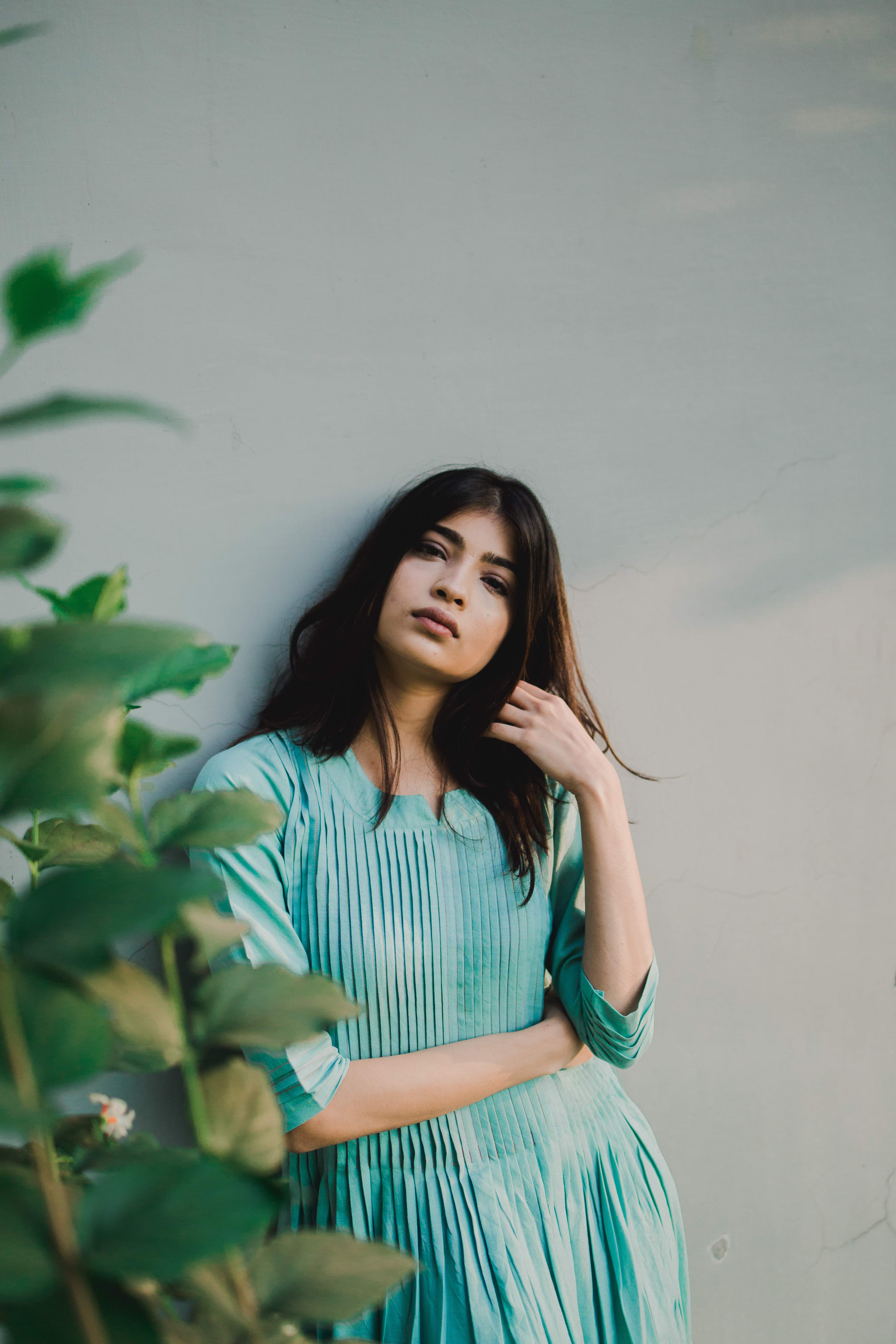 Fatherland
Ron Dutta’s extensive work with Dhaniakali  and Jamdani weaves has firmly placed him in the list of top textile revivalists working with handloom weaves. His brand, Fatherland, started as an accessories label, but now has grown to include saris, trousers, kurtas, dresses, skirts and more. “The (handloom) scene has gotten brighter with more designers doing some brilliant work with handwoven fabrics. And with fashion weeks having a dedicated handloom day, there has been a major shift,” says Ron who is currently working on a collection called Eve’s. “It revisits nostalgia (recurrent theme of his collections), but the treatment is Western,” he signs off. Details: fatherland.in Jugalbandhi
Known for its airy anti fit silhouettes in soft cotton, mostly sourced from North India, Jugalbandhi by Revathy Unnikrishnan, showcases detailings ranging from handblock prints to kalamkari. However, Revathy is out to surprise her clients with an interesting fusion this month. “Our upcoming collection will feature Kerala handloom saris laced with Kanchipuram silk borders,” she says. Details: facebook.com/jugalbandhi 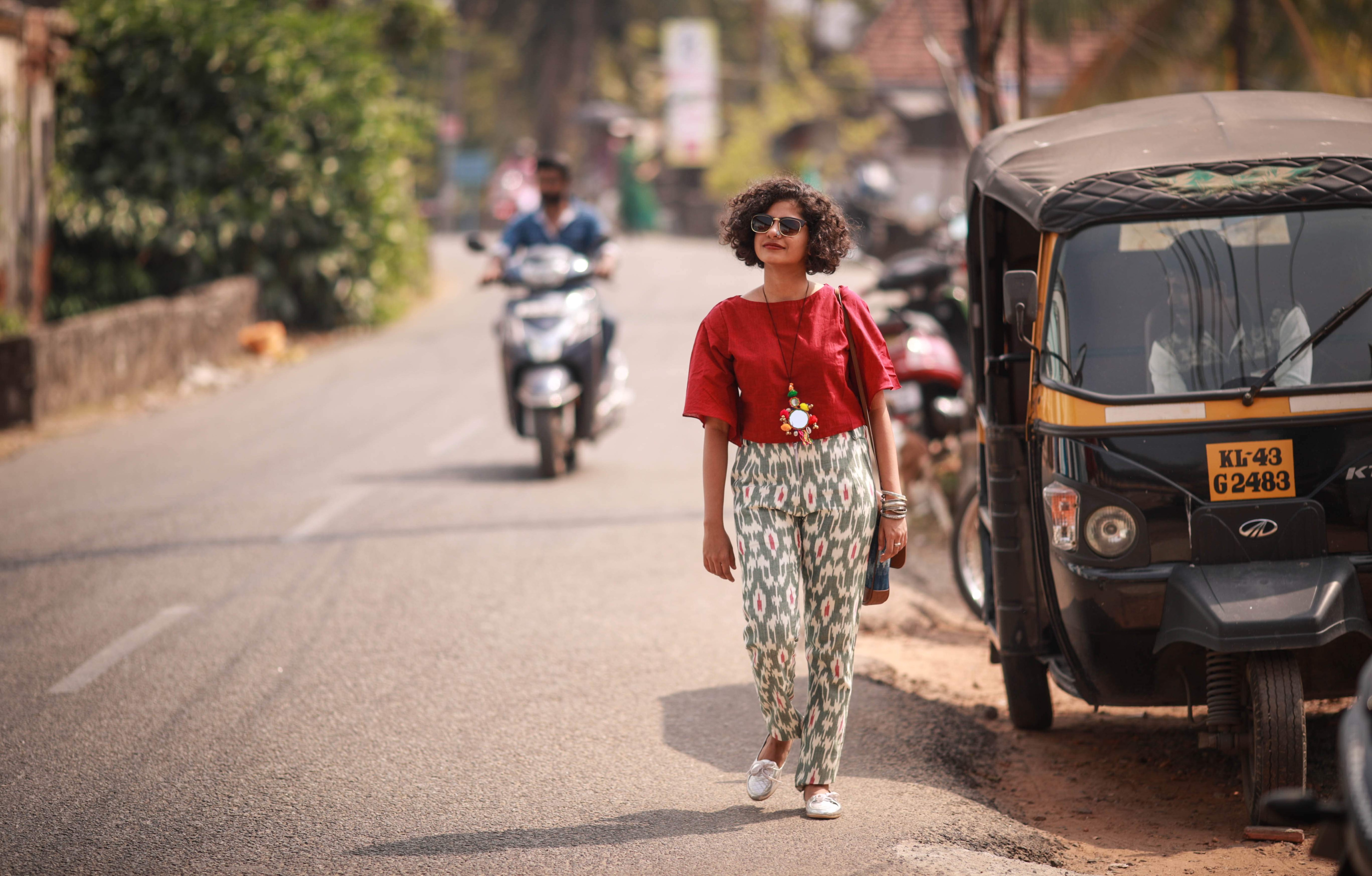 Punarjeevana
An exploration of the Yellamma Saundatti temple in Bagalkot for textile designer Hemalata Jain in 2014 proved to be fortuitous. Adorning the temple goddess was an intriguing coarse brown cloth with a distinctive pattern of checks. “This turned out to be the remnants of a handwoven patteda anchu sari,” Jain tells us. The NIFT graduate spent the next few years working with the last master weaver of this beautiful weave to bring it back from the verge of extinction. Whilst the traditional colours of the sari were earth brown and rust, Jain helped the weavers add variety to their colour palette by introducing them to eco-friendly dyes. Original Patteda Anchu saris can be distinguished by their slightly course cotton texture and double borders. Jain sells the saris under the brand Punarjeevana and has applied for a GI tag for the patteda anchu and a design patent. Details: facebook.com/pg/punarjeevana Seamstress
For designer, Rasmi Poduval of Seamstress, the last seven years have been nothing short of a pilgrimage — from remote weaving societies in Kannur—where she discovered a rare checkered weave named Kavayyah to the yarn starching grounds in Thiruvananthapuram. “What sets Kerala handloom apart from the others, is its starching process. Yarns used for these weaves—soaked in a fermented mixture of tapioca, coconut oil and wheat flour —are sun-dried before going into the loom, enabling it to soften after each wash,” shares Rasmi, who’s currently developing a homestay equipped with looms to help people get better acquainted with the tradition. Details:seamstress.co.in 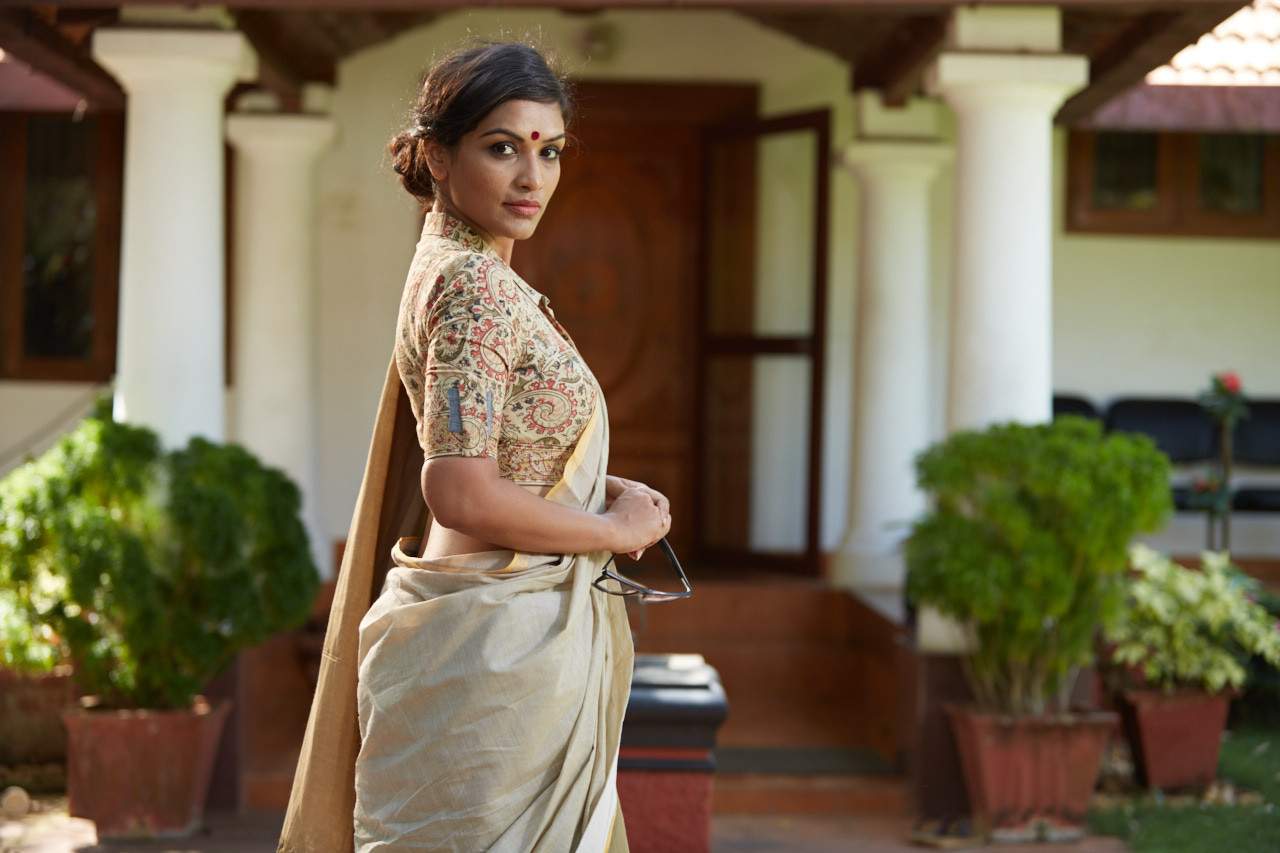 Vana Sarees
“Last summer on a family trip to our native village in Nellore district, Sweta and I went around looking for local weaving communities in and around the place,” says Jeeva Reddy of Vana Sarees. The villages in Nellore district are known for their fine cotton weaves called Paturu and Ponduru. Carefully dyed by hand and woven with precision, each sari is a labour of love. “What distinguishes them is the thread count and the use of a fish bone (valuga) to comb through the cotton.” The trio (Jeeva, her sister-in-law Sweta Kamboj Reddy and friend Mandira Kalra Kalaan) was inspired by the beautiful weaves and started their social handloom enterprise based in the NCR (Noida/Gurgaon). “This isn’t about us. This is about the wonderful work that our weavers do,” says Jeeva. Details: facebook.com/vanasarees Preetham Jukalker
From pairing saris with cropped shirts and belts to incorporating pockets into the nine-yard drape, designer Preetham Jukalker has done it all. “My whole idea was to make handlooms trendy and young,” says the designer who moved to Hyderabad from Mumbai more than a year ago, to work closely with weavers there. The 29-year-old thinks that initiatives like National Handloom Day, provides designers and weavers with the much-needed impetus to strive harder and make handlooms as mainstream as possible. “This August 7, I have a lot to look forward to. Actress Samantha Ruth Prabhu and I have been working closely for a show titled Woven which will see the curated works of several designers known for their handloom creations,” he reveals.