Drawing inspiration from Japanese aesthetics and Zen philosophy, Poonam Bhagat brings her Fall Winter ’17 line. Poonam is not new to the city, she has been displaying her collections at Collage, Amethyst and Evoluzione for the last 15 years. Dominated by long columns with linen palazzos, culottes and tunics, all the apparels are designed based on the six principles of the Art of Zen.“I’ve always been influenced by Zen and wanted to explore the nuances of it. Eventually, my whole spread turned out to be inspired by it,” says the Mumbai-based designer, owner of a 26-year-old brand Taika which was earlier established in 1991. 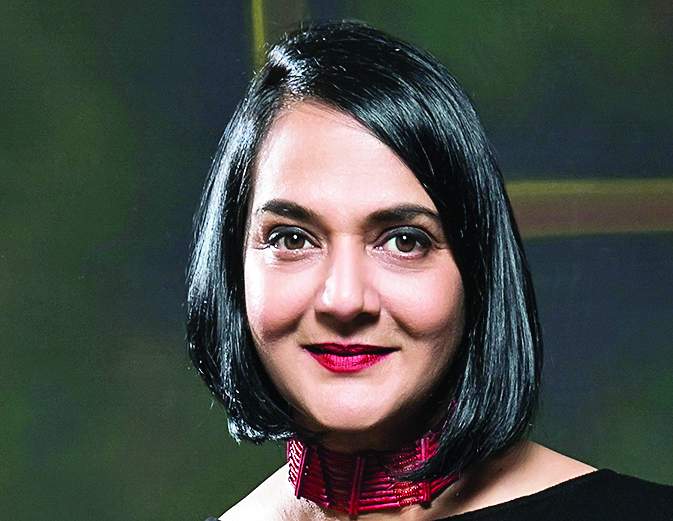 A balance of the six zen elements — Fukinsei, kanso, shibui, shizen, seijaku and datsuzoku is maintained throughout the collection. “The idea of controlling balance in a composition via irregularity and asymmetry is a central tenet of the Zen aesthetic. I have tried to embody them in our body of work through these principles,” says the 56-year-old. One can expect a linear and harmonious look, inspired by the zen principle kanso that stands for‘simplicity’, featuring a colour palette of ebony, ivory, yellow and hues of gold. Easy, breezy fabric of  Chanderi is used and designed predominantly with embroideries in black and white. Look out for a potpourri of leaves and flower patterns, inspired by the zen principle shizen that stands for ‘naturalness’, across the line. While the Ivory Coast is a chic-semi formal line, the second collection Twilight Gold is more of festive wear with a colour scheme of rich violet, blue, maroon, copper, and bronze. The collection encompasses floral patterns on colours that are jewel toned with hand sequined motifs, inspired by the zen principle shibori that stands for ‘elegance’. Silhouettes are mainly high-waisted voluminous skirts paired with crop tops in organza. But the line extends to cocoon dresses, sheath dresses and capes with gold iridescent tissue. Also look out for surface embroideries with burnished copper and gold metallic threads among highlights. The collection was launched two days back. 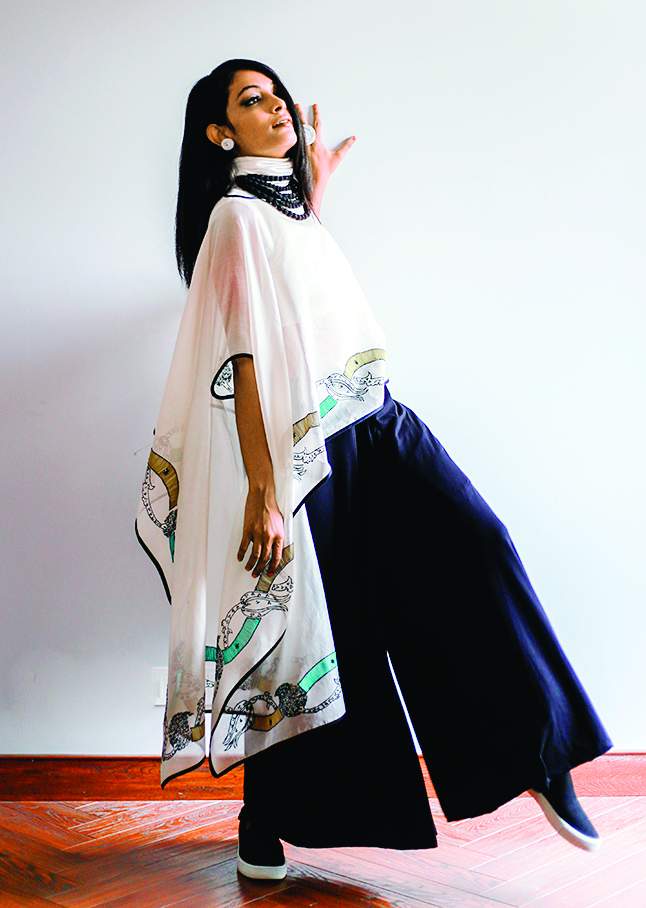 The designer will also be showcasing her Ivory Coast collection with minor customisation at Collage’s solo curated trunk show in Singapore on August 31 and September 1. `22,000 onwards. At Collage. Details: 28291443