When we arrived at the JW Marriott Hotel in New Delhi on a muggy Friday afternoon, the place was buzzing with energy. Not what you’d expect from a hotel that’s about a 45-minute drive from the city. But given that the star hotel pulled off what can only be described as ‘the wedding of the year’ later that evening, this is not at all surprising. Shaadi By Marriott, as the event had been aptly named, saw the hotel collaborating (or tying the knot, if you will) with couturiers Abu Jani and Sandeep Khosla for a fashion showcase that transformed the runway into the setting of some of the more important wedding rituals - sangeet, mehendi and the mahurat, among others. Naturally, the show was elaborate with 20 dancers, 54 models, 90 different outfits and a showstopper who is nothing short of a dream for most designers (we’re talking of course, of Sonam Kapoor). Sandeep Khosla, arriving at our interview after a quick rehearsal at the hotel’s ballroom, shares that the collection, with 90 different pieces showcases crafts ranging from their signature chikankari and zardozi to other fine embroidery techniques. “This time around, we experimented with a brand new embroidery technique with fine thread. The line is called Burano and features just two pieces,” says Sandeep. Excerpts from the interview: 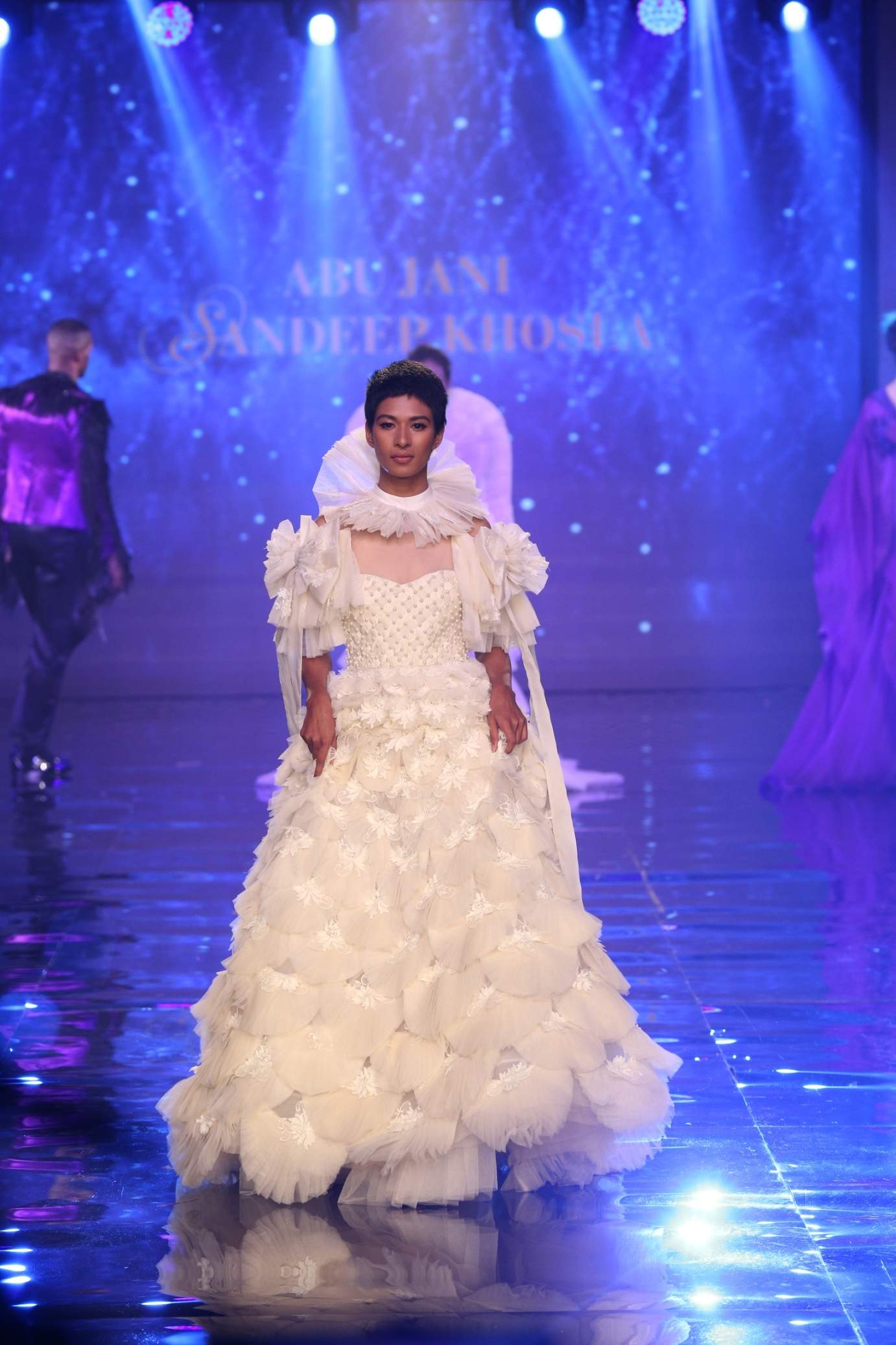 Tell us about your collaboration with JW Marriott.

Shaadi By Marriott, a venture by the hotel that is a one-stop-shop for all your wedding needs, was launched last year. This year, they wanted to up the ante by associating themselves with aspirational designers. They are looking for perfection which worked out wonderfully for us, as that is something we seek as well.

On the collection showcased.

There are four lines, curated to suit four different functions that most weddings have. The first is a Western couture line with Swarovski encrusted detailing. Then for the Mehendi, the designs are bright, fun, funky and young. The Sangeet has a line-up of pastel-hued outfits that are mix of Indian and international silhouettes and sensibilities with diamond, stone and pearl jewellery - made exclusively for us by Jaipur-based jeweller, Saboo. The Kalira is composed of multi-hued lehengas and saris in shades of red, pink, orange and blue. The finale sees an all-white ensemble featuring elaborate chikankari work. 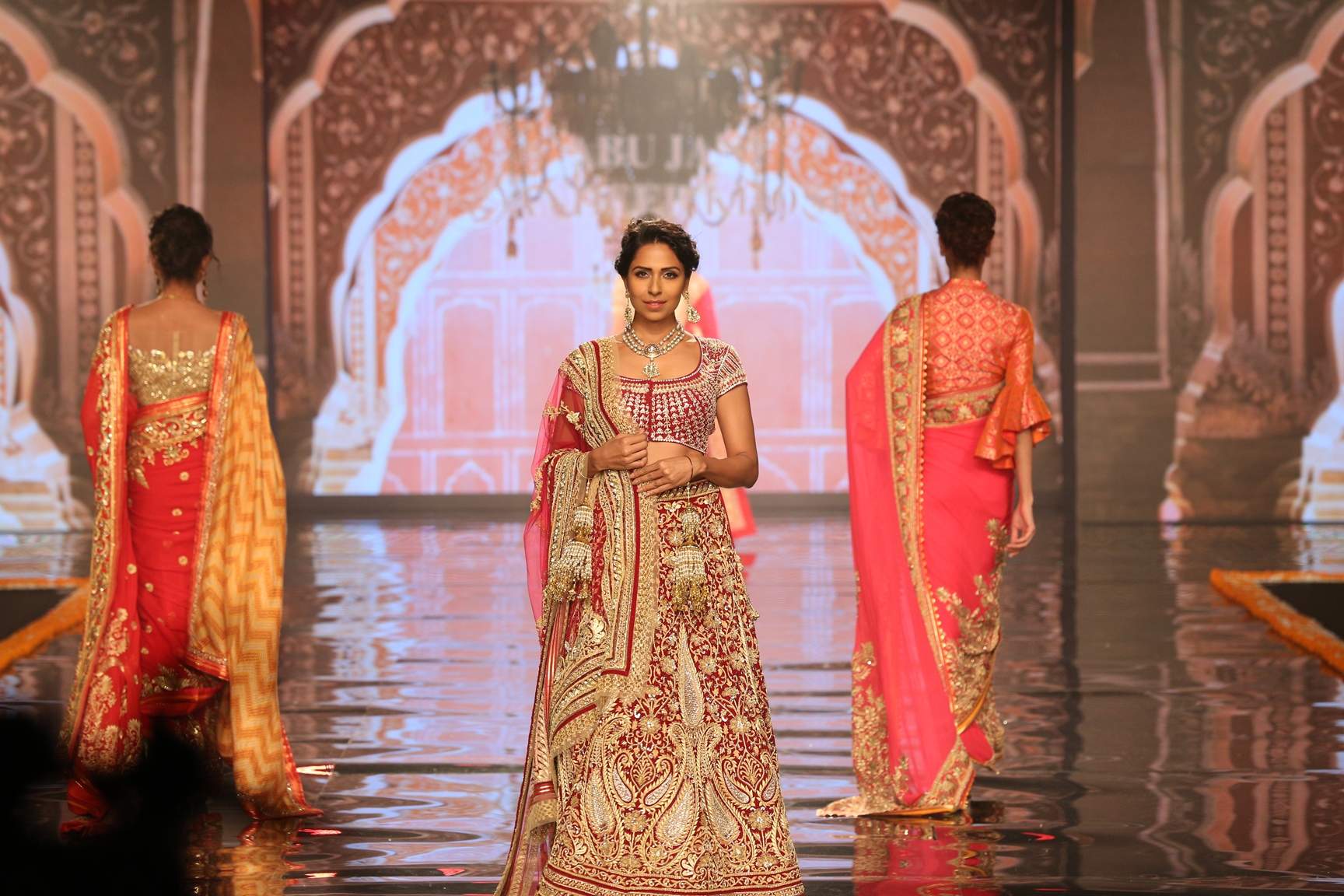 On designing for the modern bride

Every bride is the same. We introduced white as a trend which has now caught on. Apart from the Gujaratis, nobody else wore white in the North for weddings, until we launched an all-white line. For the past 20 years, white has played an important role in our collections.

You know that (a constructed saree with ruffles teamed with a golden tasselled blouse) was created over a year ago. She liked it then and told us she wanted to wear it some day. That day came over a year later at IIFA.

Your thoughts on plagiarism in fashion.

It’s all over the place, it’s rampant. There’s no way to check it. It happens all over the world. It’s one thing when your designs are copied and replicated by someone from a different market than your own. But when designers copy other designers.. that is terrible.

Other projects in the pipeline.

We’re currently busy with Khosla Jani, which is an international collection. It has the ethos of ABSK, our main brand, but it’s mainly a Western line with global influences.

How has your aesthetic changed over the years?

Abu and I are both restless people. There is a constant need to reinvent, better ourselves and set goals, which seem impossible to achieve sometimes but you get to them somehow.