This may not be the first time that an international magazine or lifestyle brand has drawn flak for cultural misappropriation. Vogue Arabia did it with Gigi Hadid donning a burqa on their cover, Nike's ad targeted at women in the Arab world did more than just raise the ire of the people, and now, the Canadian Wedding magazine Jodi has created a stir among members of the expatriate Tamil community. 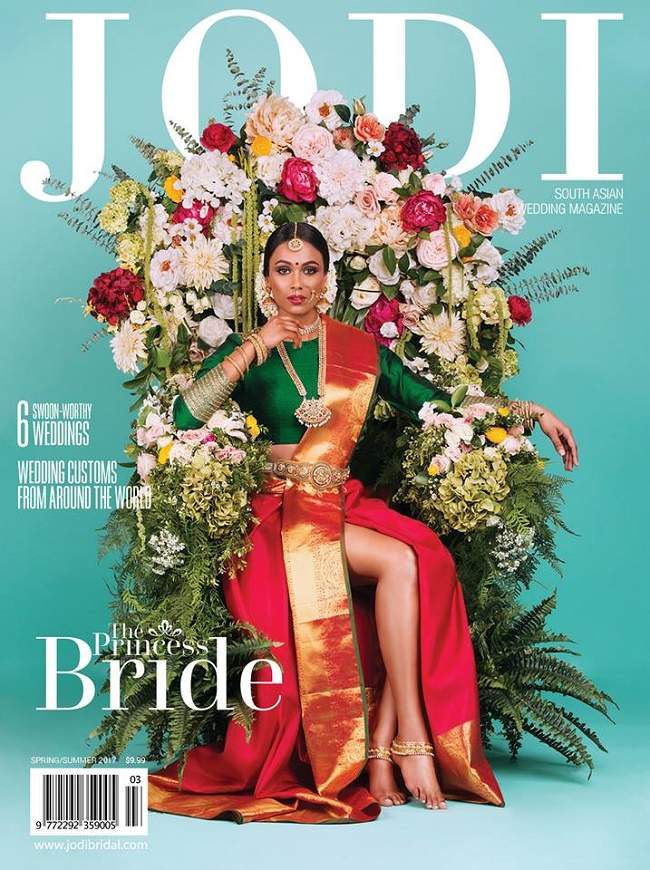 The photo featured on the cover of Jodi, an annual publication catering to a niche audience of Tamil Canadians, portrays a Tamilian bride sitting on a floral throne wearing a traditional Kanjeevaram sari. The sari's drape, however, isn't quite in the traditional norm, exposing the model's albeit shapely legs peeking through. While the model, Thanuska Subramaniam, said it was sad that critics did not appreciate the female talent and creativity behind the shoot, many readers aren't too impressed.

While several critics are voicing out against the magazine for sexualising content and cultural misappropriation, designer Naushad Ali is puzzled and amused by the controversy. "I'm not sure what you want me to say. I honestly don't understand what is wrong with the image, I think it is beautiful," he opines. "Consider what women in Tamil Nadu or Kerala used to wear pre-independence or even post," he urges. "Their saris were simply draped around their bodies, and most of the time without even a blouse. I think the photo looks stunning. Intolerance is a worldwide phenomenon. With the evolution that clothing has gone through over past decades, who truly knows what is traditional and what is not."

Commenting on the image, Chennai-based fashion photographer Karthik Srinivasan says, "I have done many such photo shoots for South Indian magazines, where we have draped the sari differently - like a veshti (somewhat like a dhoti, as worn by men). Creatively, these pictures look stunning. Now, with the internet, people just spend most of their time finding or creating controversy. There is nothing new about this picture, in fact, many Indian photographers have shot such pictures. In my opinion, I think this is a striking picture, with very clean lines and lighting."

Celebrity stylist and designer Chaitanya Rao, however, agrees with the dissent. "If it's supposed to depict the Tamil bride, then definitely it’s not right," he says. Taking an objective stance, he adds, "But if it's purely a creative shoot, then I don't see a problem. However, people ought to focus their energy on more pressing issues around the globe, rather than create such controversies," he adds.

Celebrity photographer G Venket Ram agrees for the need of creative freedom, on behalf of image makers. "I had seen the image of this South Indian bride flashed across the internet. Being a photographer in pursuit of transcending stereotypes, I don't find it offensive. It's a different take on styling, considering the fact that Tamilians are staying away from home, and can be influenced by wedding gowns, for instance, which have slits right up to the thigh."