Shravan Kummar to unveil his collection at Mysore Fashion Week

Hyderabad's Shravan Kummar is all set to participate in the three-day fashion extravaganza, Mysore Fashion Week on September 17. And for the fourth edition of the annual event, hosted by designer Jayanthi Ballal, he has come up with a collection that highlights the forgotten weave of Telangana – Gollabhama. “The theme of my show is guru dakshina. This is how I give back to my masters; and
for me they are the weavers I work with and fashion itself,” informs the designer. Gollabhama goals
The collection titled, ‘Woven Tale of Yore’, celebrates the beauty of the weaves that originated in Siddipet, Telangana. The art has been fading away with barely six weavers engaged in carrying forward the tradition. That’s why he has taken it upon himself to give this age-old fabric a new twist with modern silhouettes. “I have tried to make Gollabhama look as sensuous as possible such that even the youngsters, maybe say even the ones going to their fresher’s party, would want to wear it,” says the revivalist designer who has done extensive research on this indigenous weave. 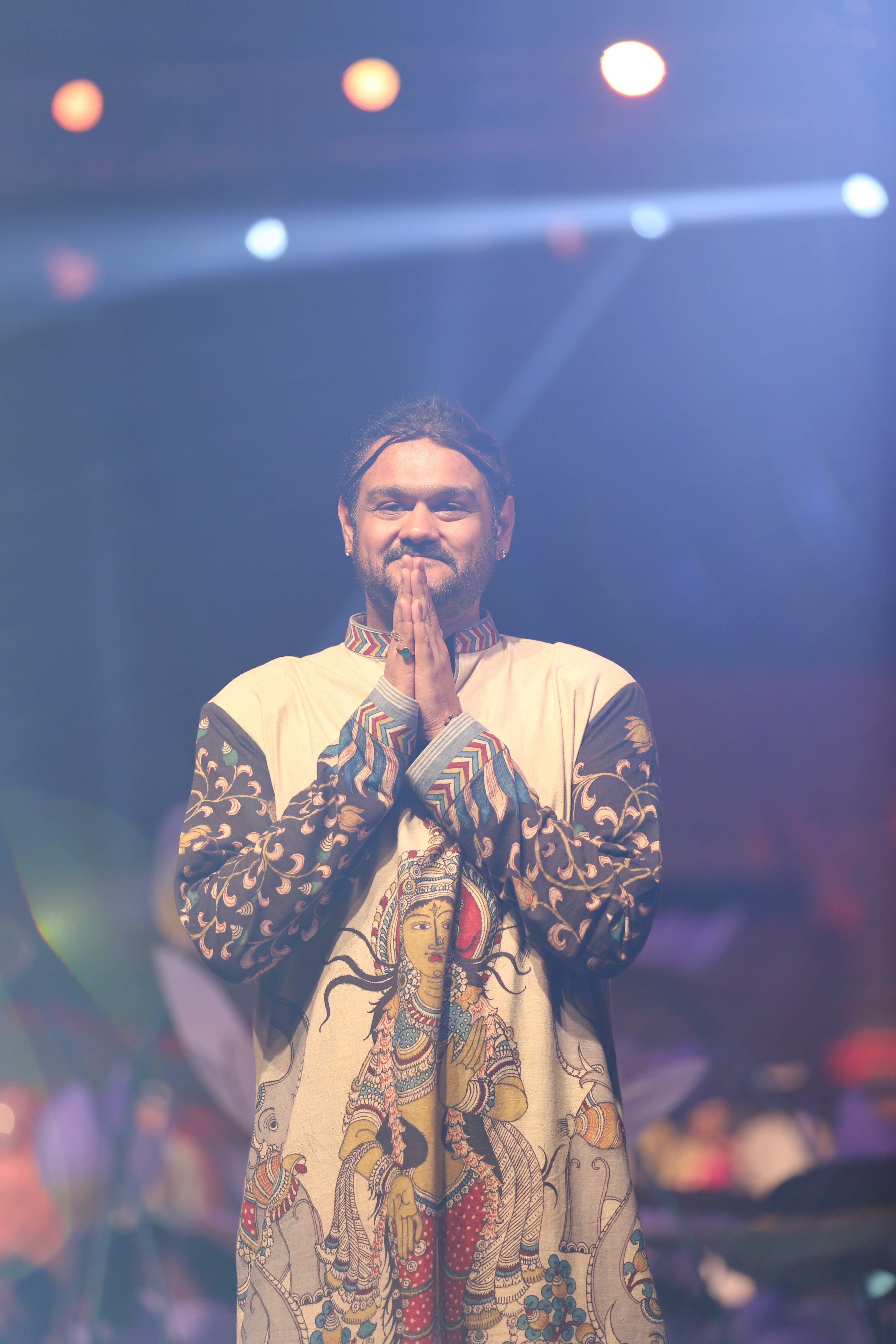 Dramatic edge
The designer will be showcasing some exquisite Indo-Western ensembles,  each of which is crafted out of two to three Gollabhama saris combined with Telia Rumal. The latter happens to be a double ikat fabric which has geometric motifs. One can expect layered and off-shoulder Anarkalis and ensembles with ruffled sleeves that add a dramatic edge. Besides, one can look forward to two-tier dresses with asymmetric hemlines. The designer has worked with an eclectic range of colours which include white, teal and yellow. The eco-friendly fashion enthusiast has made sure that he sticks to organic dyes along with fine construction detailing.

Wait for it
His patrons in the city can expect the collection to be available at Shravan’s Studio post  the fashion week. The versatile designer has more coming up! “I am  also working on a new collection called In-Between Lines: Raja Ravi Varma,” says Shravan, adding that he will soon be unveiling this line on his four-city tour of the United States shortly. That collection will feature ensembles inspired by the women in the canvas of the celebrated painter, Raja Ravi Varma.