The fifth edition of SKV's Bhujodi to Bagalkot will feature the works of weavers from Kutch, Bagalkot, and Kumaon

It was around this time in September last year that Somaiya Kala Vidya (SKV), the Kutch-based design Institute, brought its flagship project, Bhujodi to Bagalkot, to Chennai for the first time. With an aim to empower the weavers of Kutch and Bagalkot by creating a platform for them to create and showcase their own designs, the annual exhibition is now back in the city.

“After the overwhelming response received last year, the weavers were ready to come back to the city.  The main highlight this time is that we are introducing the works of a group of six women weavers from Kumaon at the exhibition,” says Pallavi Gaur the New-Delhi-based programme coordinator for SKV. 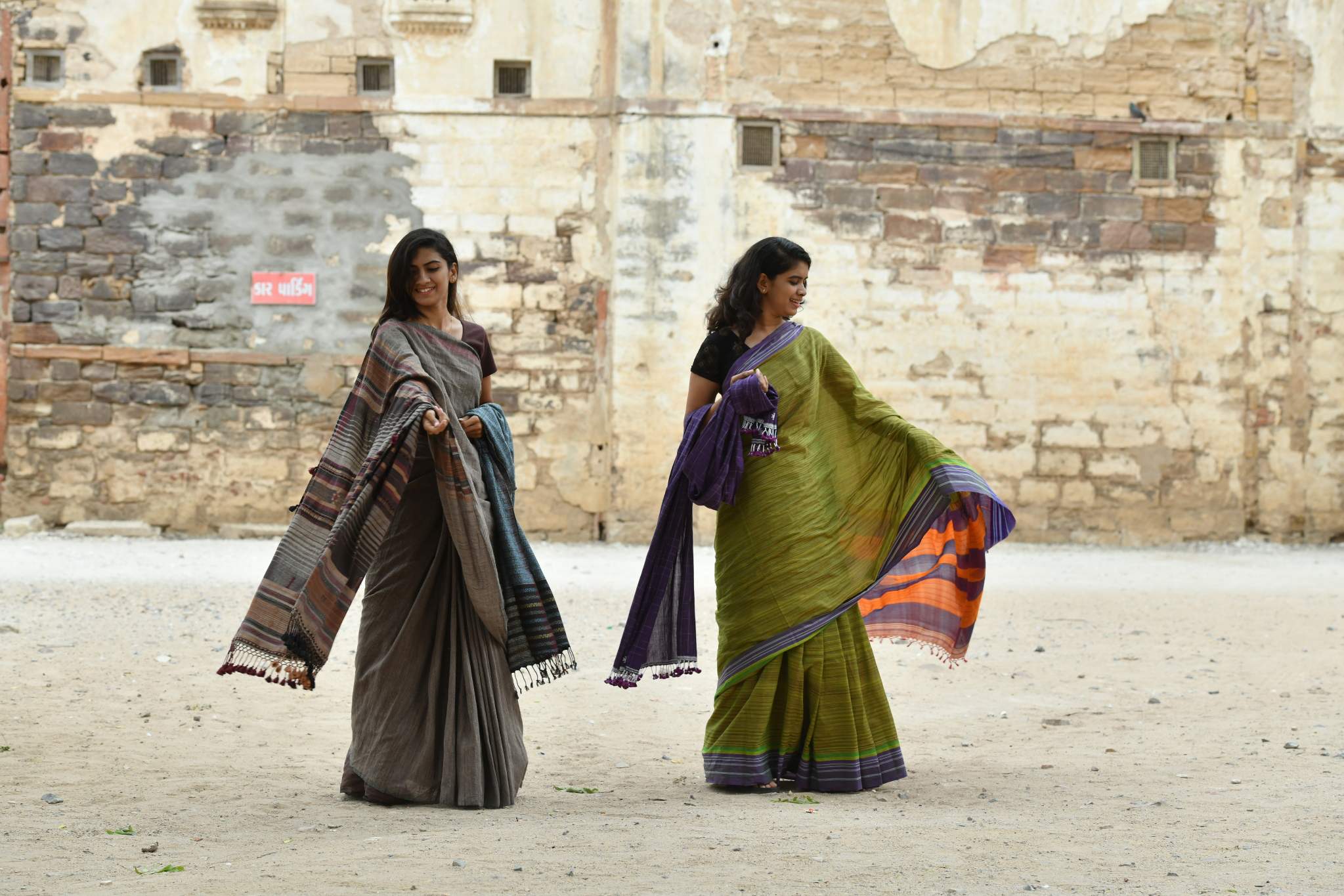 Colours of Kutch
Bringing the works of over 19 artisans, the exhibition lasting three days, will mainly showcase saris, stoles and dupattas. This showcase will also be a platform for the Bagalkot weavers to launch their first ever independent label of natural-dyed Ilkal saris, Jeevadaara. “You won’t get these designs anywhere else. The collection will feature fresh colours, compositions and patterns. This time, the  artisans have introduced asymmetry as well as bolder checks in their designs,” says Judy Frater, the US-based textile curator and founder director of SKV.

Woven in bright colours, the saris have drawn inspiration from natural surroundings of the village. The Kumaon stoles are made of pure wild fibers such as eri,tussar, muga silk and local wools with a bit of Merino and linen — all in earthy shades of indigo, grey and brown. Having collaborated with Kumaon-based NGO, Avani, for its outreach programme in April, SKV sent two of its graduates to Uttarakhand to teach the weavers design and colour compositions. At the end of the Kutch to Kumaon programme, the weavers came up with a new collection, which will be showcased for the first time at the exhibition.
Of berries and cones 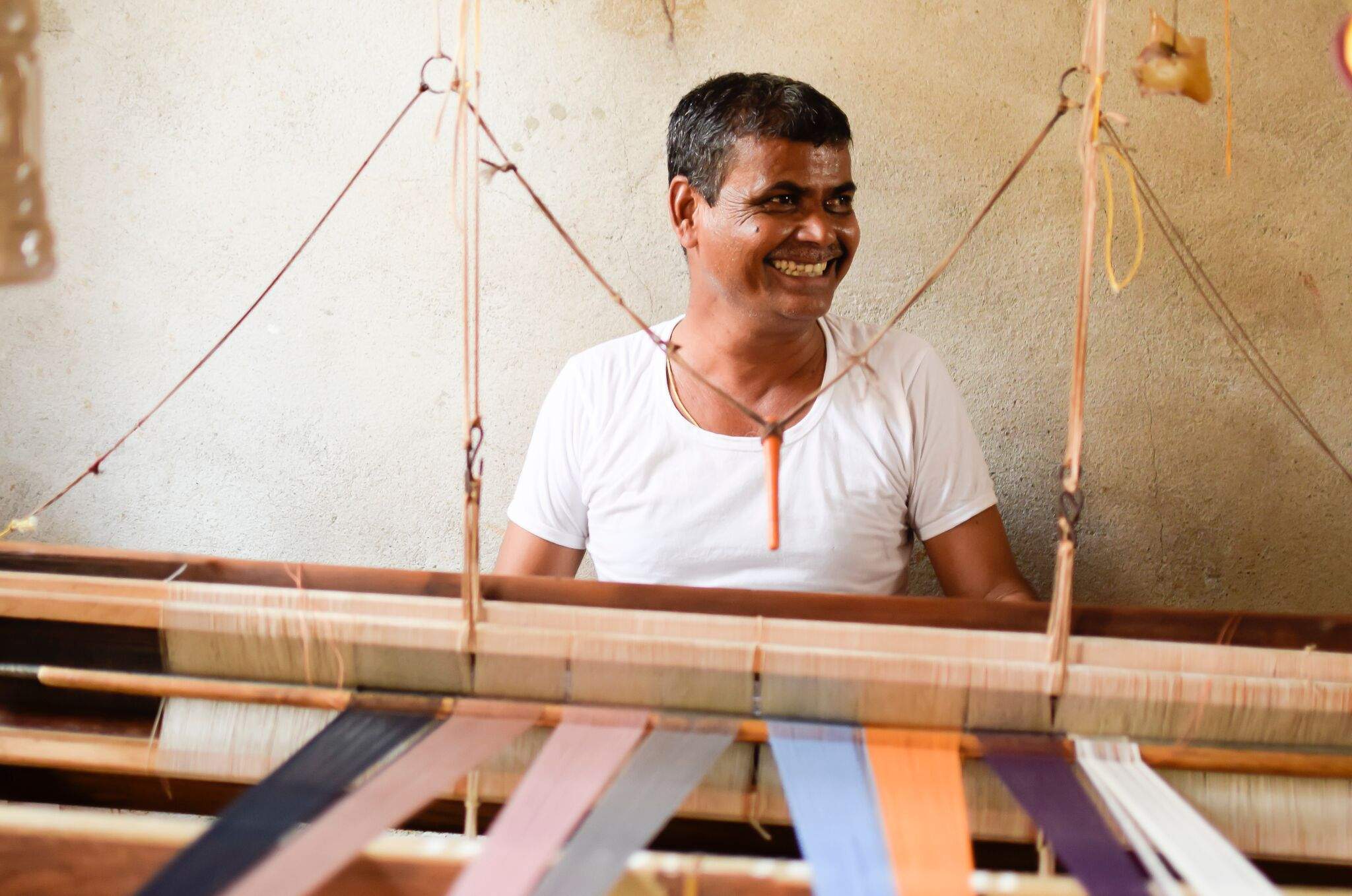 The design patterns in the Kumaon saris and dupattas are inspired from wild berries as well as pine cones seen there. “One of our weavers from Kutch, Patchan, who was a part of the Kutch to Kumaon project, developed the idea of working with colours inspired from pine cones. When he went to Kumaon, he saw pine cones and realised that he can derive many colours and patterns from it. Most of the colours he has used in the collection are inspired from what he saw in nature,” she shares.
Straight out of nature

The Kumaon stoles, known for its natural colours, are created by mixing various shades. The colours they use include indigo, madder wood red, yellow obtained from pomegranate peels, among others. “The designs by the Bagalkot weavers were also inspired from flowers and plants that are commonly found in nature and features a combination of warm and cool colours — mostly greens, blues and pinks,” shares Judy. As part of the exhibition, the weavers will present talks about their collection and their journey so far. They will also demonstrate the traditional Kondi technique of hand joining fine warps to make a silk pallu on a cotton body.