A spotlight shines on a pair of black shoes — set high on a securely padlocked display pedestal, with burly bouncers standing within an eyeshot. Its distinguishing features: a dramatic zig-zag black and white midsole tooling and an embroidered number eight in colours of purple and gold on the toe vamp. To the untrained eye, this may seem a little too much frill to safeguard just another pair of sneakers that bears the branding of the sports footwear giant, Adidas. But, there’s more to the story. These shoes are the original KB-8s, autographed and game-worn by LA Lakers player Kobe Bryant, during his sophomore year in 1997-’98. 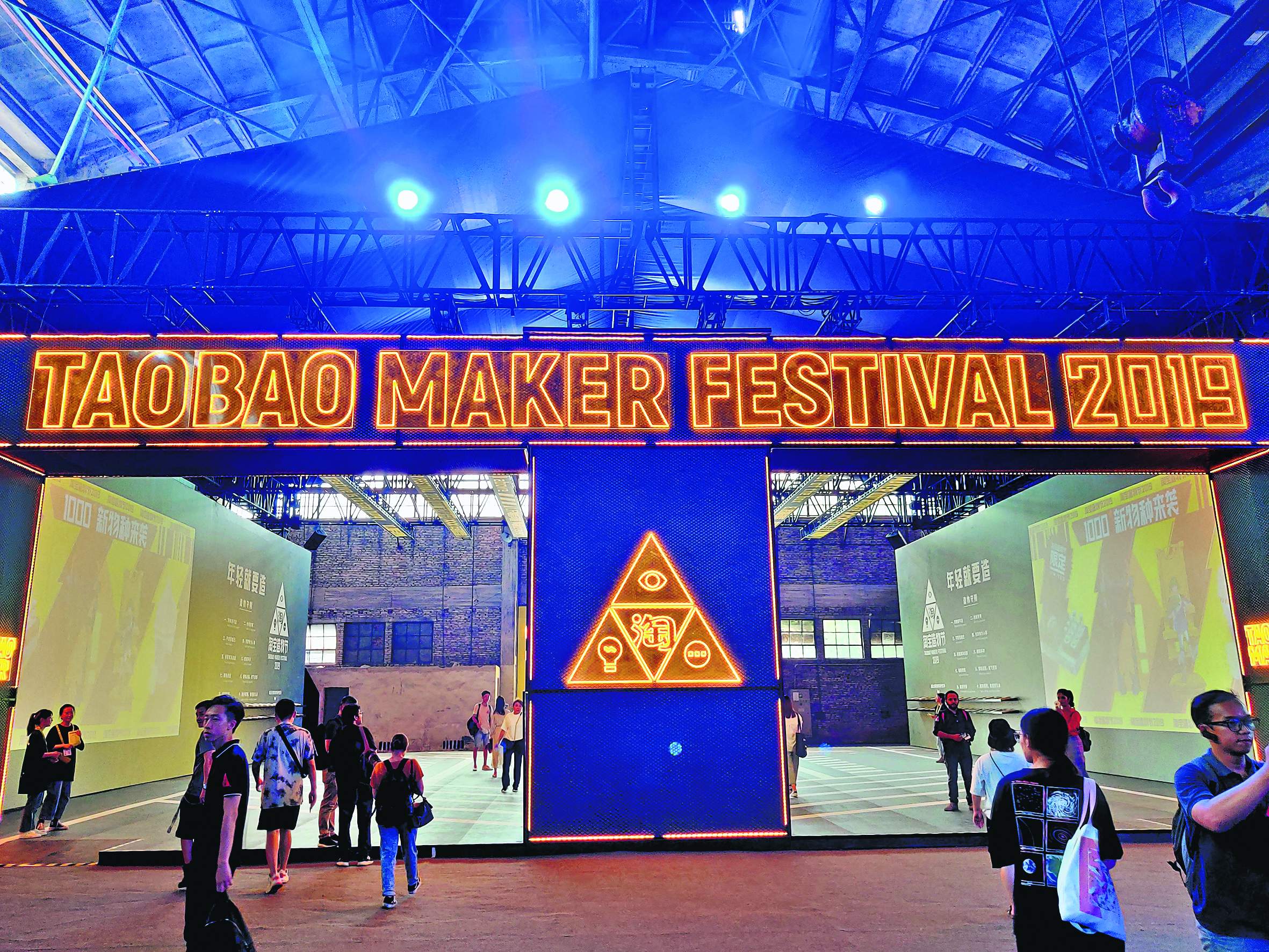 Now, if you are about to brush this off as one of those childish pastimes — the kind where overenthusiastic teenagers collect memorabilia just to showcase at conventions — we urge you to re-examine your notion about the ever-growing global fraternity of sneakerheads. For starters, these signed Adidas kicks that are estimated to fetch a whopping five-figure sum, are only one of the 20 pairs on showcase by the brand Maniac at the 2019 edition of Alibaba’s annual Taobao Makers’ Festival. The total value of their entire sneaker merchandise on display — approximately $42,62,937 (Rs 30,06,31,270).

Believe it or not, we live in a time when an enormous market for special-edition shoes — part of the global athletic footwear industry expected to reach $95.14 billion by 2025 by Forbes—fuelled by the growing popularity of street fashion and e-tailers allow sneakerheads to trade shoes like stocks. Visiting the recently concluded Taobao Market at Hangzhou, China, we spoke to innovators, designers and collectors about the growing global sneaker community and how the trend is ushering in an era of cultural learning and exchange around the world.

Just for kicks
Like many collectors, Teng Fei (Founder of Maniac) started his label to subsidise his hobby by buying multiple pairs of newly released designs and reselling the extras for large markups. “It began in 2002, during the Football World Cup,” says the Beijing resident, speaking about the time he saved up 500 Yuan (Rs 5,050) to buy his first-ever Italian football jersey. “Soon enough, I found myself purchasing air tickets to Hong Kong to make a bid for an AC Milan T-shirt worn by Hall of Famer, Kaka. It was quite an expensive buy (about 3,000 Yuan), but it was an old jersey and could have been damaged had it been shipped,” shares Teng, in broken English, as an explanation to how this obsession soon moved towards sneakers. 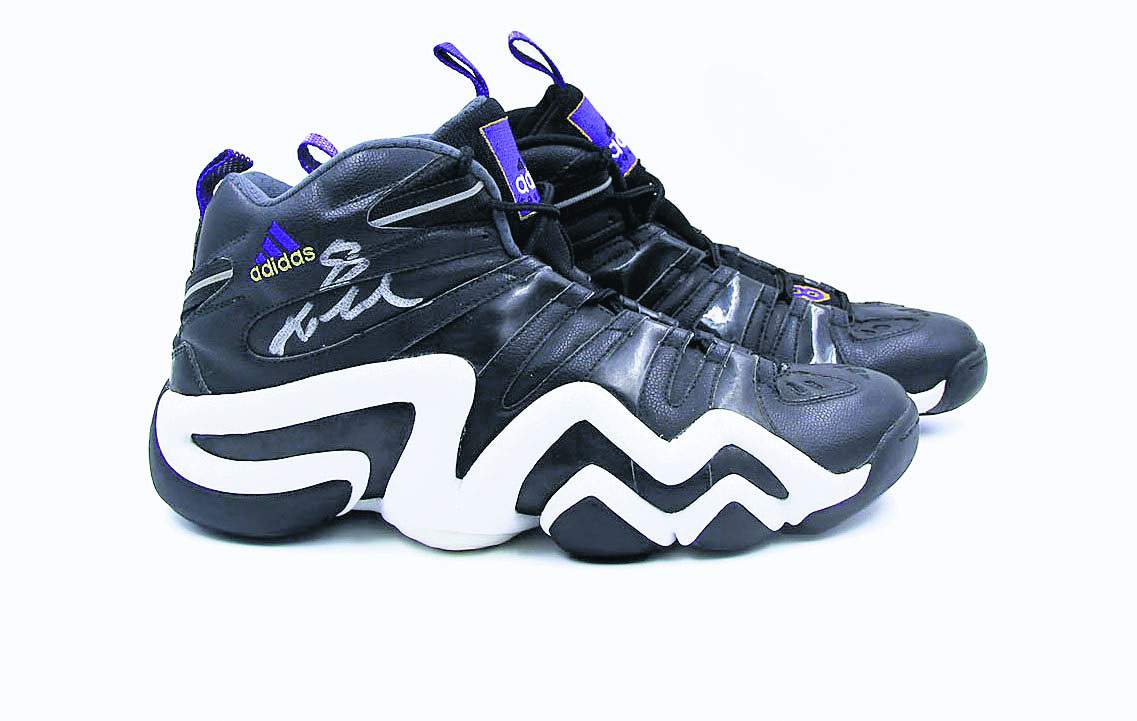 Seventeen years after that initial purchase in 2002, the 36-year-old now owns limited edition shoes that are coveted by collectors across China and even the world. These include the black, red and white OG Colourway Predator Absolute cleats customised in 2000 for Real Madrid midfielder Zinedine Zidane, and a custom-made red Predator X, famously worn by David Beckham with the English flag, the letters ‘D’ and ‘V’ and the names ‘Brooklyn’, ‘Romeo’ and ‘Cruz’ embroidered on them.

Remember the name
Fellow enthusiast, designer and founder of the sneaker customisation label FZBB, Ah Feng, agrees that sneaker culture in China, like the rest of the world, began because of athletes that wore the brand. “If you started collecting sneakers before 2012, chances are you did it because of an athlete. Whether you started with (Michael) Jordan, Lebron (James) or even Stan Smith, sportspeople have always been at the forefront of sneaker culture. Brands worked on their creating cutting-edge sneaker technology for the athletes who stood to get the most use from them. If they played better, the shoe would sell better.” However, Feng believes that the concept of hype (defined by the community as the social currency lent to a product through marketing and endorsements) around sneakers is continuously evolving globally, and the culture is no longer limited by its celebrity patronage. “There needs to be a compelling story behind every pair. People bought Air Jordans because each of the shoes was pegged to different points in Michael Jordan’s career. Now, in an era where people look to distinguish themselves from the next, individual stories on sneakers are coming to the fore. I only see the custom trend getting bigger. Recently, even homegrown labels have been using sneakers to tell local stories,” says the designer, whose customisations range from creating Lego versions of Nike’s Air Force 1 to Xiqu (Chinese opera) themed Jordan 11s. 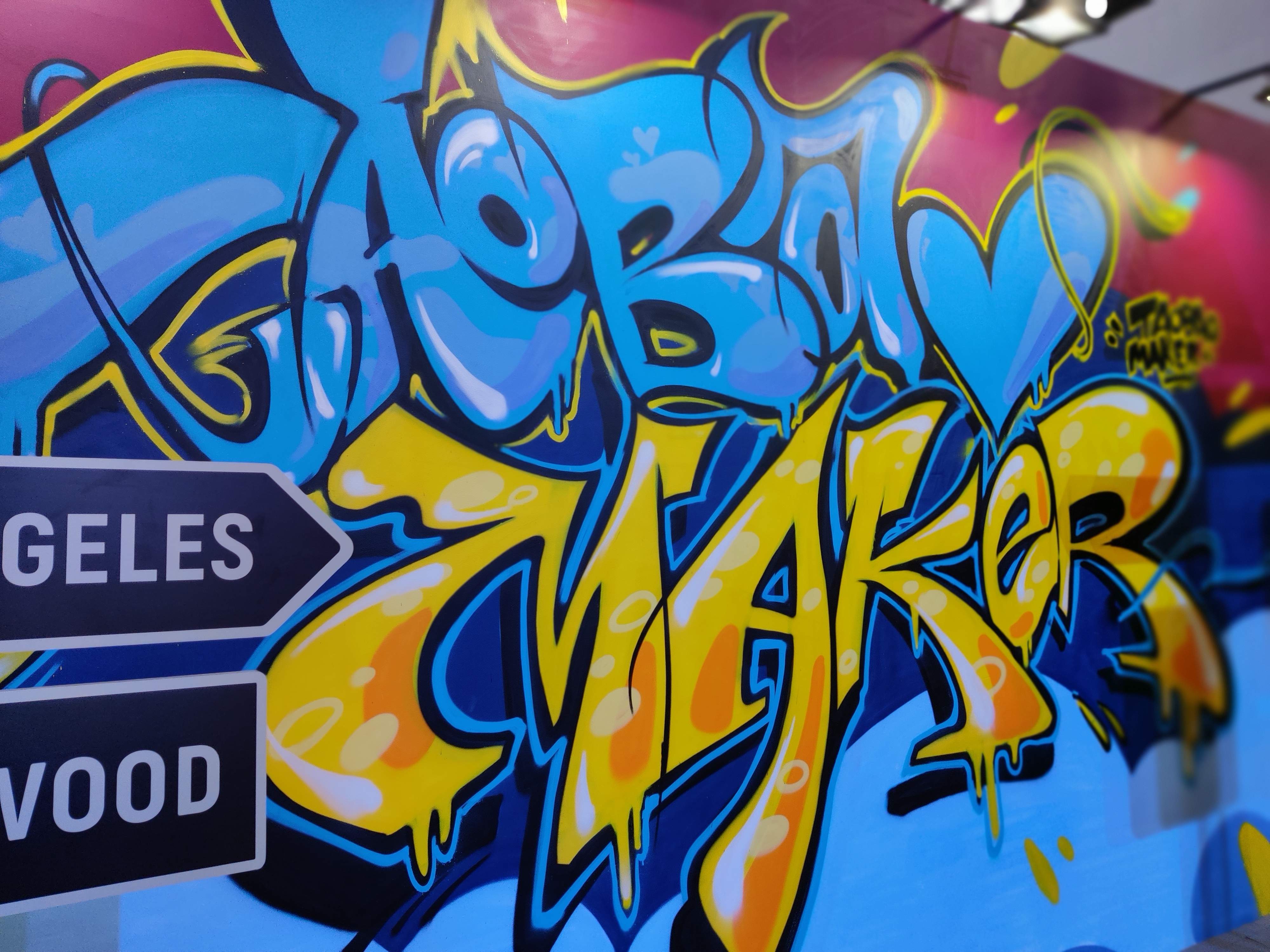 Culture chameleon
“We’ve noticed a trend of ‘China cool’ that is leveraged by a growing sense of ethnic pride among the millennials and Gen Z-ers. Modern interpretation and re-invention of tradition across various avenues of fashion are being viewed as a way for China’s youth to express individuality and embrace their own,” says Chris Tung, Chief Marketing Officer, Alibaba.

Heritage sports brands like Li-Ning, popular in the 1970s and ’80s, have made the best use of this renewed interest in ethnicity to create what they call ‘nostalgic chic’. In 2018, the label showcased its Taoism-inspired collection at New York Fashion Week. The show instantly became a social media sensation in China, where the brand was lauded for using the colours of the Chinese flag to “turn heads in a glamorous New York.”

Chang Lin, a custom shoemaker, is part of a design innovation team contracted by Li-Ning to build a fan base for the brand within China and abroad. “After the NYFW, the brand was not just an indie homegrown product. It became guochao or ethnic hip — a representation of traditional fashion that is cool and stylish on an international scale,” explains a member of the CLCustom Team, acting as a translator for the designer who has created personalised shoes for NBA player Dwyane Wade. 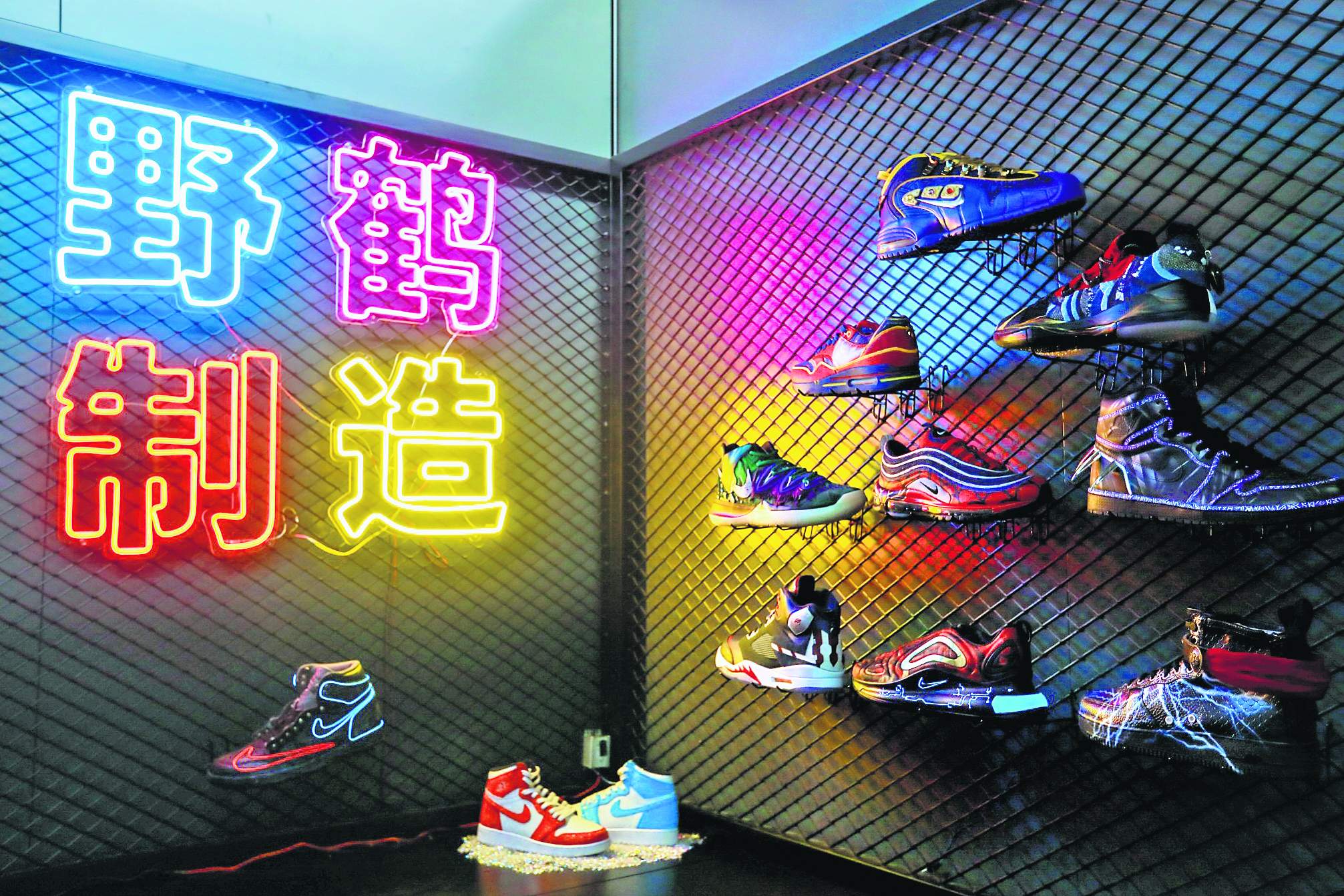 Baby steps
Although the subculture in this part of the world isn’t anywhere close to global superstardom (we’re looking at you Supreme and Yeezy) — China, a lot like India, is beginning to dictate how the international community is being shaped. Earlier this year, FILA transformed its classic Mindblower sneaker into a silhouette inspired by the masala dabbas — a ubiquitous item in every Indian household. While Feiyue — shoes worn by Shaolin Monks during their martial arts training — became a global street fashion icon with collaborations from Celine, Marvel, and Swarovski pouring in, as soon as celebrities like Orlando Bloom, Ben Affleck, Reese Witherspoon and Poppy Delevingne were spotted in them. 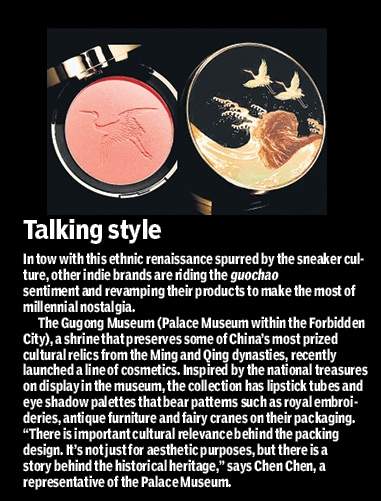 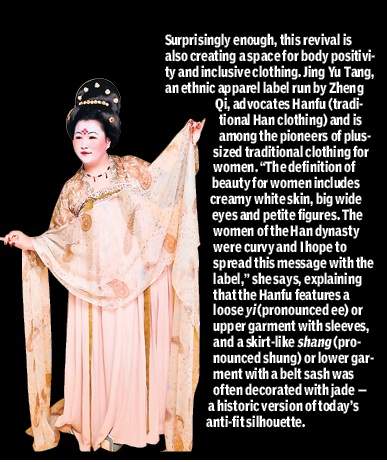 “I believe that sneakerheads and sneaker geeks from our side of the world represent a new generation of artists, innovators and designers with novel stories and ideas that the world hasn’t seen. This makes us active participants in cultural exchange rather than consumers that mimic the West. Like I said before, any sneaker worth the hype needs a unique story,” affirms Ah Feng.

The writer was in Hangzhou for the Taobao Makers’ Market by invitation from the Alibaba Group.