At least some of us think twice before agreeing to a night out with friends because they always hit that loud bar which plays EDM. Or maybe, that’s every other place in Kochi, which serves beverages alongside flavoursome food. It’s for this reason that I’m happy when I hear about a new watering hole called Rocks & Brews by Royal Residency located at IMG Junction, Thrikkakara.

Co-owner Joseph Babu reassures us as he greets us in the large parking lot of the property set just a few metres off the Inforpark Road. “We’re a rock-themed bar. So, if you’re into EDM or want to drink in a quiet bar, this is not the place. We serve dishes from multiple cuisines but have ensured that it’s not messy to enjoy in a bar setting,” informs Joseph, continuing, “In short, this is an affordable, women-friendly space for the working millennial.”

As he leads us into the 87-cover outlet, I know that they mean business. A song by the band System Of A Down greets us as we enter the large hall which sports décor items like a faux drum kit and a wind instrument glued to the ceiling.

An elevated platform that resembles a stage houses a well-lit bar that overlooks the sitting area which has couches pushed against the walls and rather unsophisticated tables in the centre of the room. 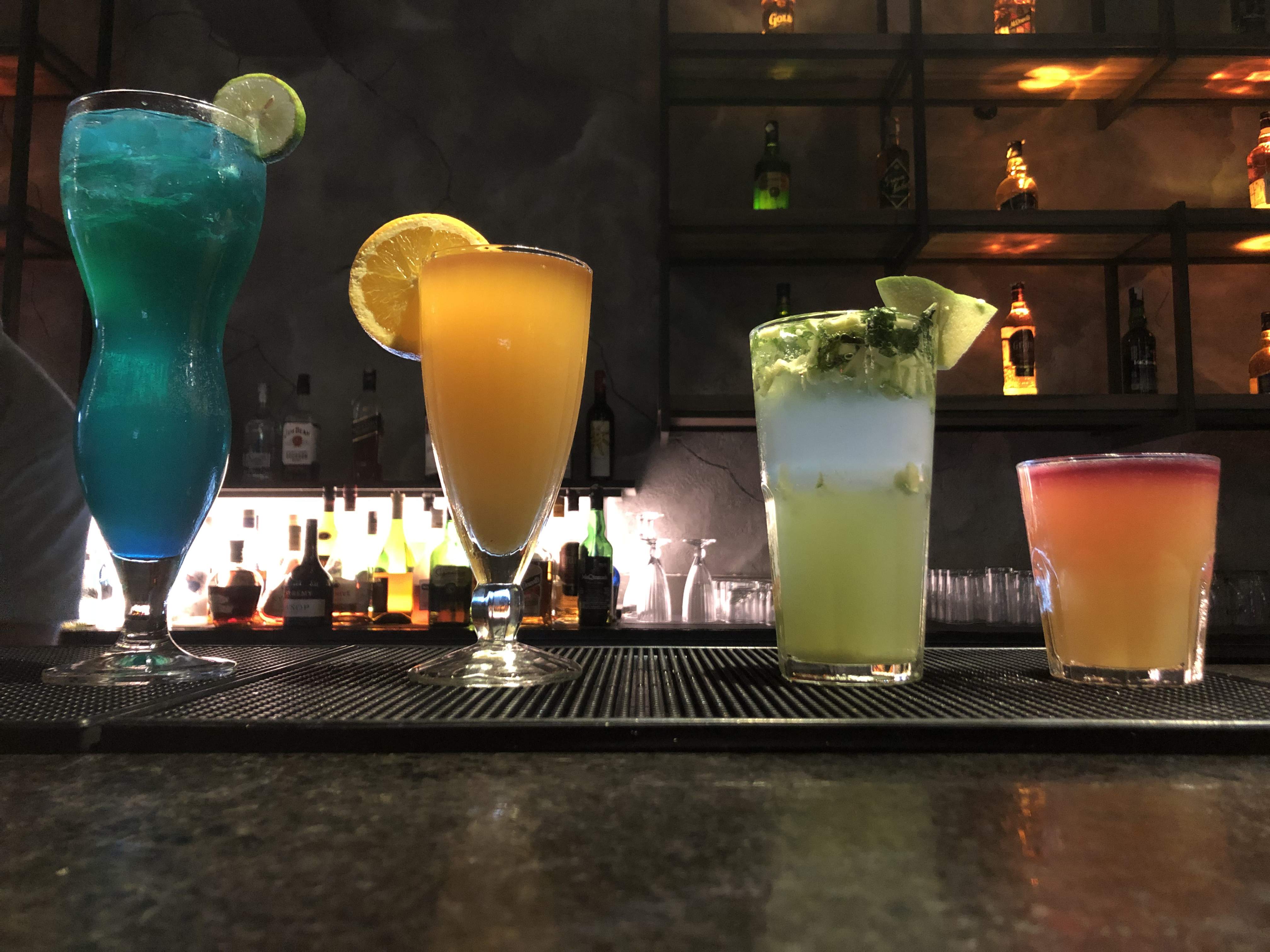 The cocktail card has common names like cosmopolitan and piña colada, but we pick out a few that you don’t find everywhere—like the bull frog served in a tall glass. With Red Bull alongside various hard liquor including tequila and gin, the drink is an energy pack laced with blue curacao. Tracing the food menu we pick a naadan deep-fried kada fry to go with it.

“Owing to a diverse crowd from Inforpark, we’ve designed the menu with finger foods from Indian, continental and Indo-Chinese fare. We also have a lot of specials for Malayali gourmands such as irachi idichathu and chicken kothi nurukku,” says chef K Ajumone, who has nearly two decades of experience in the industry including a long stint with Wellington-island based Casino Hotel.

The beef with coconut fry that we pair with a Mai Tai (rum with orange and pineapple juices) will definitely woo local food enthusiasts.

Spice quotient
Taking a break from the alcohol indulgence, our next choice is a sweet and sour mocktail named green mist. It’s perfect to sip on alongside their Andhra fried chicken, a spicy dish that leaves a tingle on the tip of the palate. 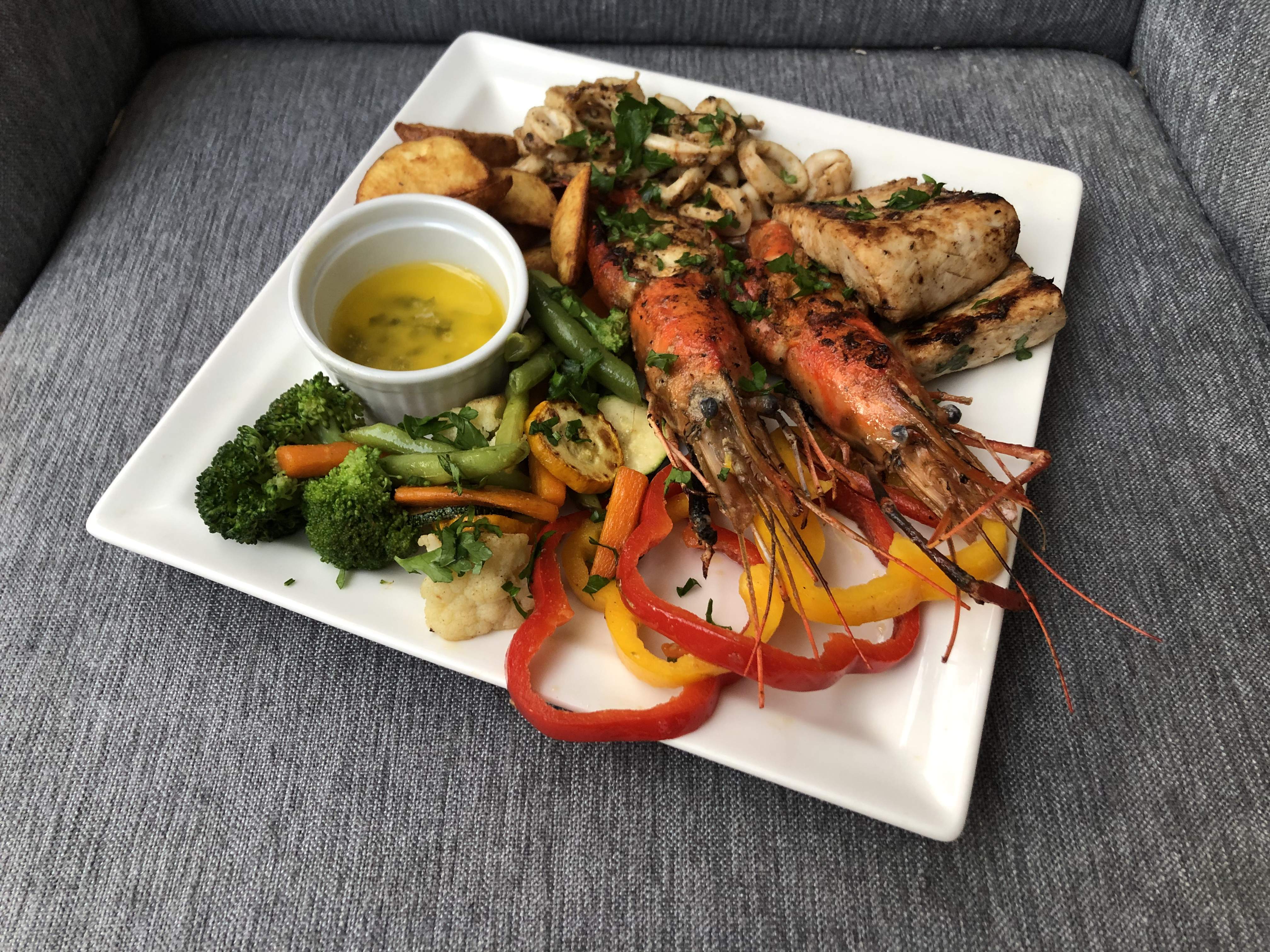 “We want to take things slow, but plan to host small bands and match screenings in course of time,” says the 27-year-old co-owner. One last drink we sample is a Miami sour (whiskey with a red wine float) which leaves behind an aftertaste reminiscent of caramel.

We close the meal with a heavy and charming seafood platter sporting calamari, large cuts of modha fish and two tiger prawns served with potato wedges and steamed veggies.