Last weekend we had a house party at our place. Beers, shorts-eats and main course - all on the table in under five minutes. And the best part was we didn't have to step out or slog in the kitchen for hours. If you are wondering how this feat was accomplished - it was all thanks to this new retail chain, Effingut 2 Go, which offers craft beers and microwavable food options in Mumbai, all one has to do is place an order via their website.

An extension of microbrewery and gastropub Effingut, the retail chain was launched recently to meet the demands of the hour considering the pandemic and how it makes us want to chill at home rather than hitting a bar. Its founder Manu Gulati, whose dream has always been to popularise craft beers in India, revised his model to ensure that the experience of having a craft beer can be transported to any living room without burning a hole in anyone's pocket.

“With the implications of the pandemic, it was only obvious that we needed to come up with a lean model. With Effingut 2 Go, we incur negligible operating costs considering we have only two employees running the store. We are offering microwavable food and beers on the go, which is reducing our operating costs all the more and at the same time we’re able to condense the Effingut experience in a time frame of 5 minutes,” explains Gulati. 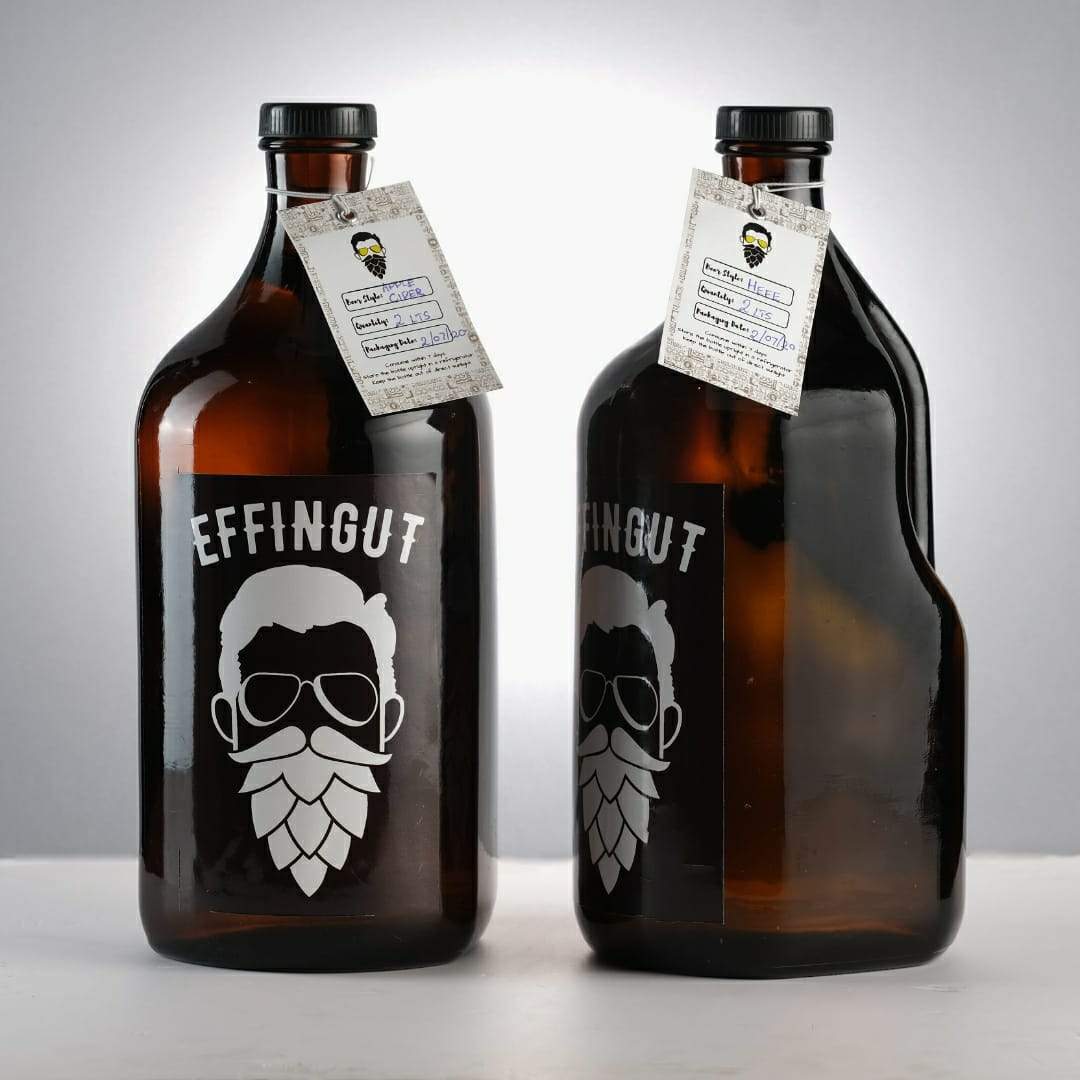 The fact that our beers were cold when they arrived was a bonus indeed. But, how challenging was it to curate this experience and deliver craft beers at home? “Due to the pandemic, it’s been an arduous battle. The supply of everything, from manpower to material, has been difficult to arrange. The challenge even extended to innovation - creating our custom-designed proprietary growler fillers using the ‘counter-pressure filling technique’ ensured full automation once the bottle is placed into the machine. It took about four months to establish and to arrive at the culmination of this process,” informs Manu Gulati as he adds that there are two outlets in Mumbai and two in Pune, and plans of opening 12 more within the next six months. We had ordered Fresh AF IPA craft beer, Veg Biryani, Andhra Chilli Paneer alongside mint potato crisps to munch. Fruity and salty, we liked Fresh AF IPA instantly. It was a refreshing drink and potato crisps were the perfect accompaniment to begin our evening. As we felt more hungry, we reached for our starter, Andhra Chilli Paneer. A tad-bit dry, the coating did give away the fact that it hasn’t been freshly prepared but something that has been microwaved. When it comes to taste, it was spicy and the coconut flavour dominated the dish. If you like spicy and love coconut, go for it. But, if you aren’t a fan of coconut, you might like to give it a miss. We then moved on to Biryani and when we took our first bite, it left us pleasantly surprised. If you are serving it to guests, they would never guess if it has been freshly prepared or if you just took it out from your refrigerator and microwaved it. Loaded with Indian spices like cardamom and garam masala, it was cooked perfectly. And, had a nice topping of caramelised onion.

Want more? The craft beer is available in two kinds of growlers - glass and PET. The customers get Rs 10 off for each recyclable PET bottle that they return and Rs 25 off per Litre, in perpetuity, whenever they refill their sustainable glass growlers.

Price: This package cost us Rs 1045 plus delivery charges.