Budget audio has been synonymous with poor audio, but the tide is slowly turning, with several previously high-end features percolating down to far more affordable ‘lite’ versions. In today’s round up of audio peripherals, I take a look at three new budget options in the space – Realme Buds Air Neo, Redmi Earbuds S, Sony WH-CH710N – and see if there are any serious compromises made to keep the price in check. Let’s do a sound check, shall we? 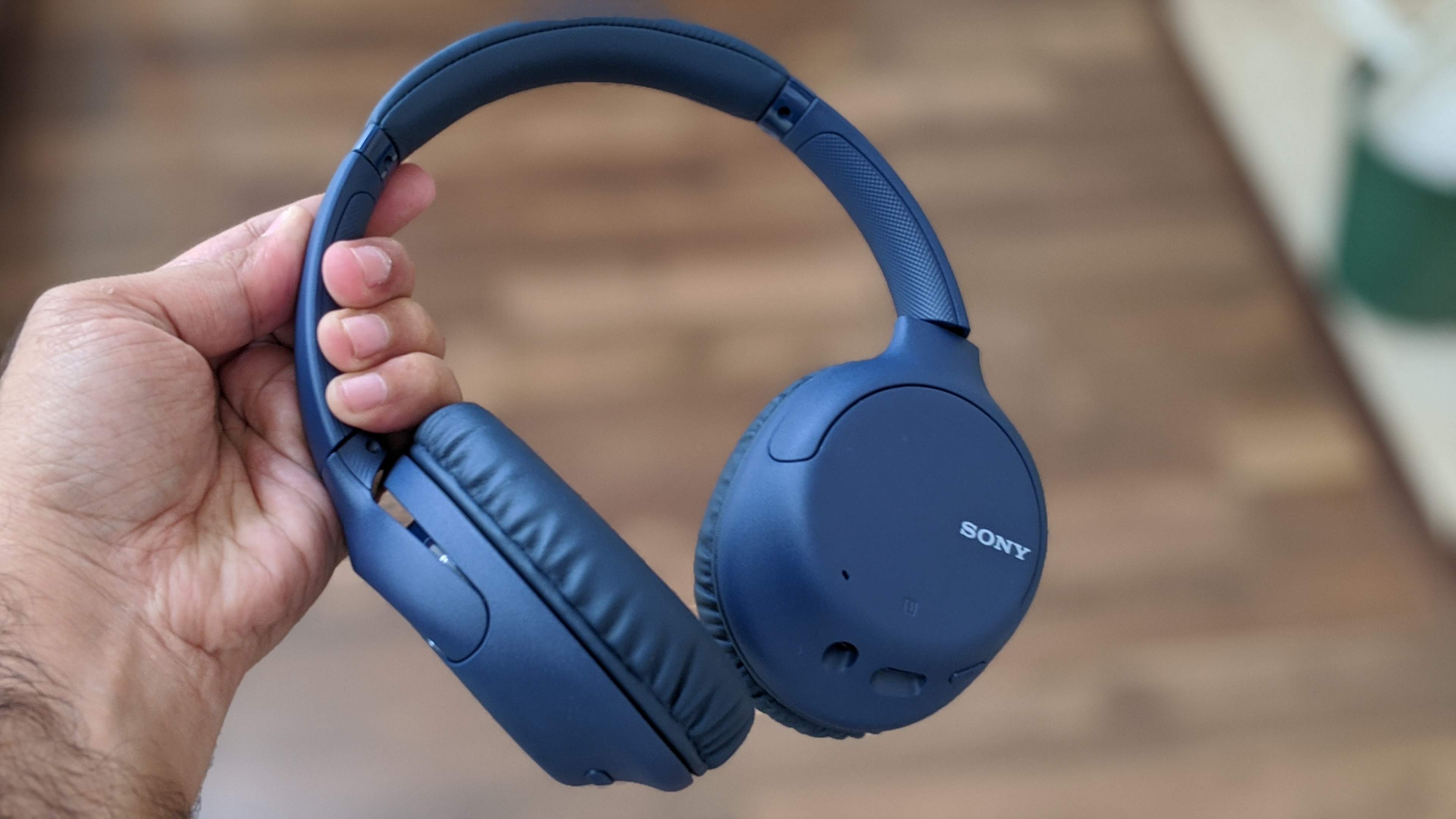 What it is: Sony has proven its chops with the WH-1000XM3 premium noise cancelling headphones, but noise cancellation has remained restricted to premium offerings. The Sony WH-CH710N takes this discussion to the sub-10,000-rupee segment, albeit with a hefty discount on the official pricing. If you’re in the market for a budget noise cancellation headphone, you should check out the Sony.

Pros: Despite my nitpicks on the design, the headphones are sturdily built, and at 218g, are rather comfortable to wear for extended durations. As the CH710Ns feature active noise cancellation (or as Sony calls it - Artificial Intelligence Noise-Cancelling) they use microphones to listen for and cancel ambient noise. Noise canceling performance is middling – it reduces some of the ambient noise that would bother you on a daily commute, but some noise still seeps through. Par for the course for the price, and true-blue noise cancellation from the high-end of the market is still on another level. There’s no way to adjust the level of noise cancellation via an app, but there’s an ambient mode which allows you to listen to the outside world and maintain situational awareness without losing the benefits of noise cancellation. Audio quality via the 30mm audio drivers emphasizes bass performance with a warm and punchy sound that’s bound to be a crowd-pleaser, but the reduced detail on the mid frequencies and the lack of definition on the high frequencies is the tradeoff. Net net, great for videos, slightly less so for finicky music enthusiasts. Battery life is stellar, with the cans pushing past the rated 35-hour mark with noise cancellation on to boot!

Cons: If there’s aspect that feels price-appropriate, it’s the design of these cans. The matte exterior is plastic, and the single color and texture running throughout the black or blue variants gives it a sense of being designed to a price point. The headphones swivel flat but don’t fold, and there’s no carry bag or case. Take their time to charge, well over seven hours. 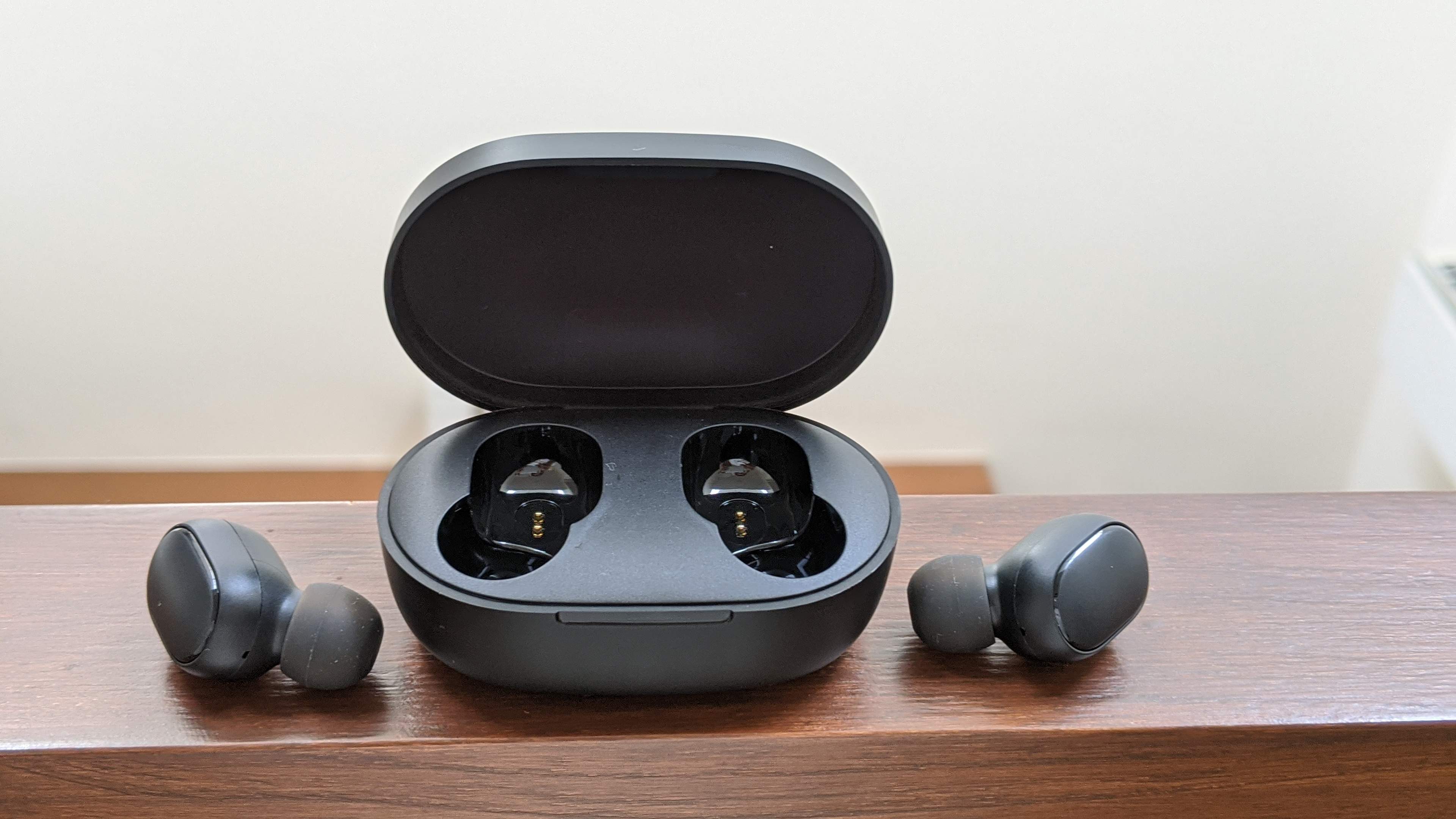 What it is: While we looked at the pricier Mi True Wireless Earphones 2 recently, it was the Redmi Earbuds S that had captured the public imagination with its stupendously low pricing for a pair of truly wireless earbuds. With the Earbuds S, Xiaomi has pulled quite the trick out of the hat, and the combination of clean design and surprisingly good sound (for the price) is a real winner. If you're out looking for an entry-level pair of true wireless earphones, you cannot go wrong with these.

Pros: There’s an understated elegance in the design of the Earbuds S, from the clean lines on the case to the matte-black design of the earbuds themselves. The diminutive earbuds weigh just 4.1g each, allowing them to sit comfortably in your ears for hours to the point where you stop noticing the weight…plus, they’re IPX4-rated to handle light rain or sweat as well, so that’s one less thing to worry about when stepping out. Playback and voice assistant control is via the touch button on the outside of each earbud, and you can activate the low-latency gaming mode directly from the earbud itself. Aside from the ‘so-small-you’ll-lose-it’ design, the other interesting aspect is the sound quality, which is clean, detailed and with a respectable soundstage, attributes one doesn’t come to expect at wired neckband style earphones at this price, much less a true wireless pair. While the audio is tuned for popular genres, and there’s only support for the basic SBC Bluetooth streaming standard, there’s a sense of refinement in the mids and highs and a delightfully reined in bass that, at the risk of repeating myself, is difficult to believe at this price point. Add to this the snug fit you get from one of three pairs of silicone ear tips included in the box, and you get a perfectly serviceable aural experience with decent noise isolation to boot! Battery life is very good for an earbud this small, at a shade under four hours, with two more charge cycles from the case.

Cons: Micro-USB port for charging is dated, but fair at this price point. What it is: Take the AirPods-clone that were the 2019 Realme Buds Air true wireless earbuds, drop a few tricks from the arsenal, and you have the Buds Air Neo. It may come in at a thousand rupees cheaper, but the omission of wireless charging and the lack of any significant improvements to the original don’t really seem worth the tradeoff.

Pros: Many of the things I liked in the Buds Air, such as the responsive touch controls on the earbuds or the Google Fast Pair support for quick connectivity with Android smartphones are present in the Buds Air Neo. As earlier, the pairing and operation of the earbuds remains easy to use and rather familiar – opening the lid turns them on and docking them back and closing the lid turns them off. Customizing touch controls and enabling voice assistant functions all happen through the Realme Link app. The drop in price hasn’t impacted the sound quality, and Realme seems to have tuned the sound ever so slightly to de-emphasize the bass element, which was a bit boomy on the Buds Air. The mids and highs are less detailed and pronounced, but the headphones do get very loud, so it’s clear Realme is going for mass appeal with its sound signature.

Cons: It inherits the same design from the Buds Air, which is to say it goes completely for the original AirPod look and quite honestly comes off looking like a cheaper clone. You do get more colors, though – white, green or red. The case lacks the Type-C port and wireless charging, and you’re better off spending more for the Buds Air or less for the Redmi Earbuds S.