A few days back, all roads for our merry band of artisanal beer druids led to a grand collaboration brew day, held at Windmills Craftworks. And I’m thrilled to share some of the results.

To begin with, there was a pretty good turnout of brewers representing Arbor, Aurum Brew Works, Biergarten, Biere Club, Red Rhino, Tales of Froth, The Brew & BBQ, Toit, The Pump House, Windmills and Zero40 Brewing, among the city’s top names for beer. The event itself was sponsored by Brewnation, the leading raw material suppliers for brewing, along with the Craft Brewers Association of India.

For the day’s highlights, we first brewed a Berliner Weisse, a traditional German sour beer. Referred to by the French general and emperor Napolean’s troops as the Champagne of the North, this beer is pale, refreshing, and low alcohol, with a nice lactic sourness to it.

Next up, the Berliner Weisse, expected to be on taps at Windmills around mid-December, proved to be a definite must try! Expect a slight citrusy aroma, though the beer is dominated by the sour lactic character. This is a very refreshing and easy session beer. If possible, ask for a drop of raspberry extract to be added to your glass, and experience a real explosion of flavours!

Following the brewday, a few of us visited The Biere Street in Whitefield for a tasting session with Brewmaster Rohit Parwani. He has an outstanding Coconut Porter and Scottish Ale on tap, as well as a very interesting Herbed Ale. Rohit is one of the few brewers in the country who is an expert at infusing Indian ingredients in his beers.

We then popped across to Biergarten to try their new offerings, and all I can say for their excellent Dunkel Lager is a huge, Wow! The Whitefield area folks are fortunate to have these three breweries serving some excellent craft beers in the area. Now, if only it wasn’t so hard for the rest of us to travel all the way out there! 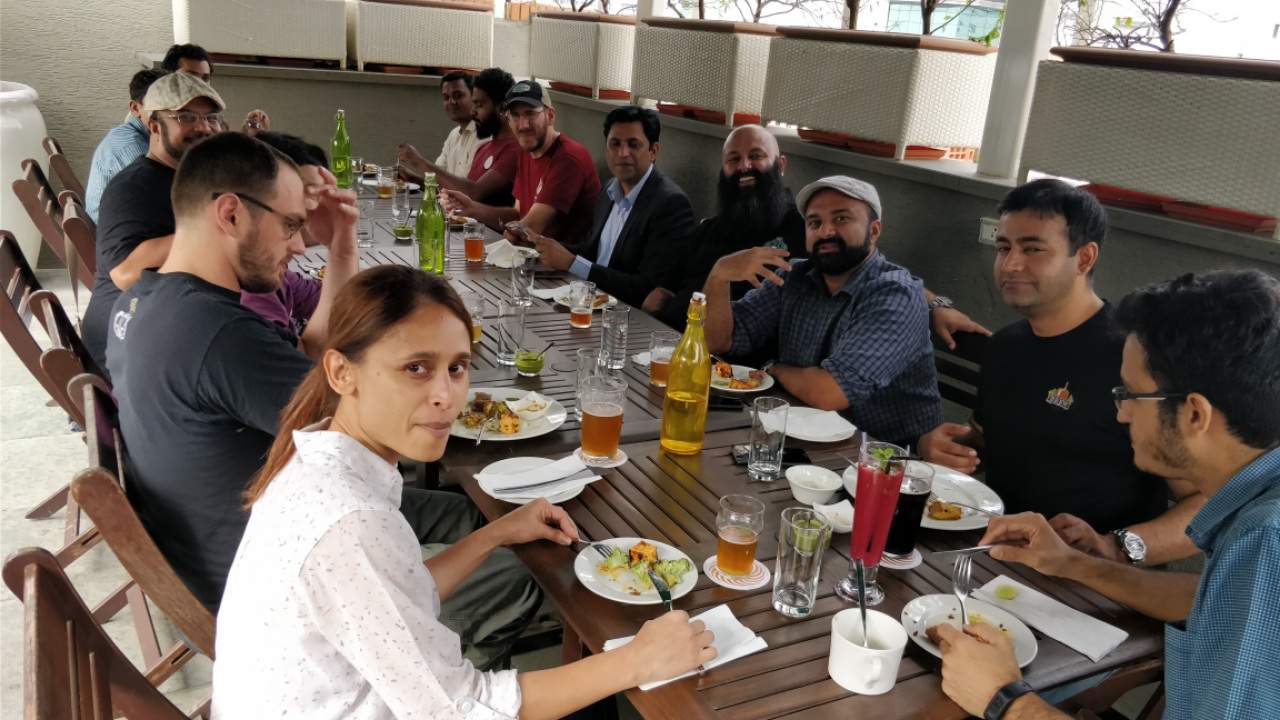 December is typically an exciting time of the year for us brewers, with everybody working hard to come up with Christmas ales and holiday specials.

If you’re in Hyderabad, there’s a new Juicy Pale Ale for you to try, which is now on tap at Zero40, and also coming soon is a very traditional German Hefeweizen. Pop by when you can! I’m off to Pune too for a spot of brewing, and of course, a lot of drinking. More reports on new beers will be with you soon!

Cheers folks, and keep tasting and toasting those fresh brews!

Follow the Tales of Froth Facebook page for pictures and info about the Collab Brewday, hosted by John “the Keg” Eapen. George Jacob is the Founder of the brewing consultancy, The Beer Chronicles.