All ale and hearty: New craft beers at the Beer Circus, Goa

Say “Goa!” and I'm instantly in holiday mode. This week, however, was anything but a holiday – well, at least, that's what I'd like everyone to believe! Especially as I sit down, chugging on some excellent craft beer, to write all about it for you guys!

The occasion I speak of is the Beer Circus, a festival held in the first week of November, at the Stone Water Eco Resort in Bogmalo, Goa. A first of it’s kind festival in India, the event was very exciting for all of us representing the beer industry. And with the official launch of Simba, a new bottled craft beer to rival the monkey we all know so well (read: Bira), Goa’s own craft brewery Susegado, and of course the usual suspects like Kingfisher, Witlinger and so on. You can bet it was a fun couple of days!

The festival featured live acts by bands from around the country, some interesting grub stalls and a flea market - nothing like the Saturday night market in Anjuna, but a decent effort nonetheless. For us brewers, it was great to meet up with peers from the craft beer industry, while getting a whole lot of work done. And I do mean, getting sozzled on the beach, talking beer and all things brewing. 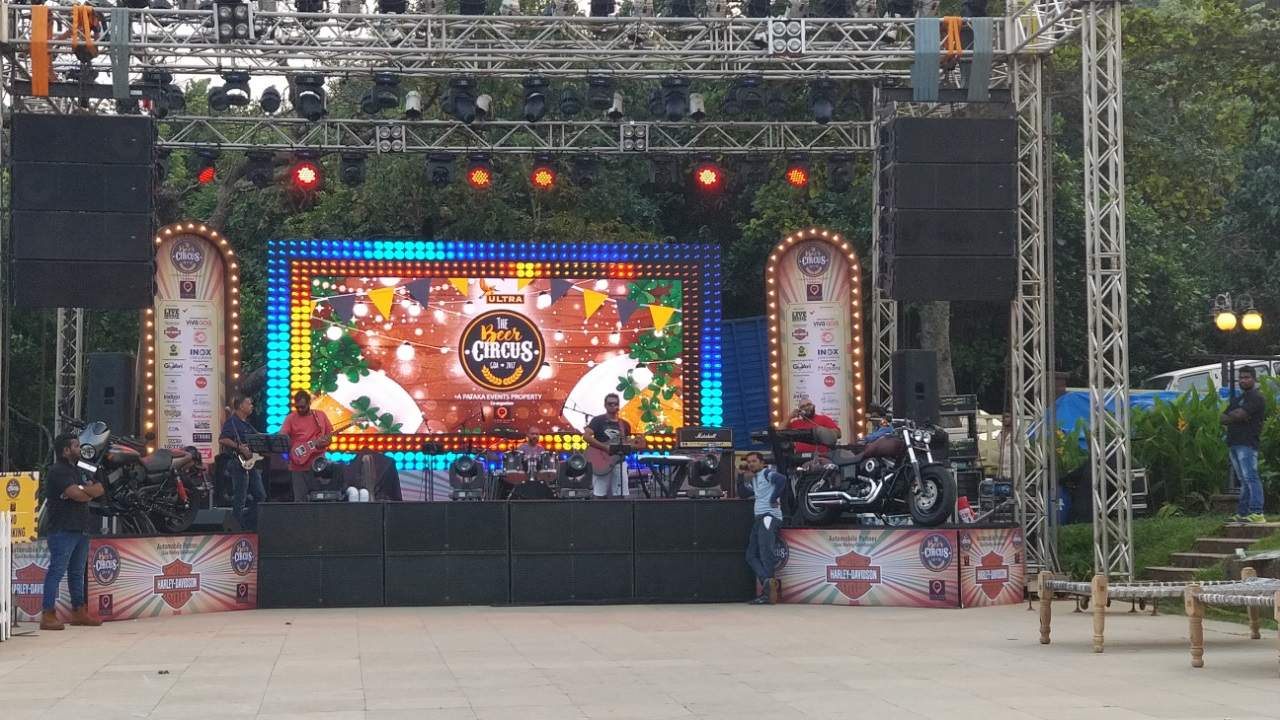 One of the main reasons for making this trip was so that I could try Simba, and I was pleasantly surprised. They had two beers on offer - a Belgian Wit and a Stout.

The Belgian Wit is a very refreshing beer due to the addition of lemongrass along with the usual orange peel. There isn’t a lot of orange coming through on the nose or palate, but there is a teasing citrusy note to the beer. I could quite easily see myself downing crates of this beer on a hot summer afternoon. And certainly on a hot afternoon sitting on the beach in Goa!

Simba’s Stout, on the other hand, is a pretty good example of the style with loads of chocolate and hints of vanilla, on both the nose and palate. I would have preferred the beer to have a lot more body and mouthfeel, but this is a great first effort. The other stall that I spent time at was Susegado, which is a Goan craft brewery run by Aditya Challa, an award-winning brewer. He put out a Mango Wheat Ale, a Pale Ale, and a Porter.

My favourite of the three was the Pale Ale, which presented a lovely earthy character from the English hops used, as well as a floral, grapefruit kind of note from the late hops addition. This is a very different beer from the typical pale ales being brewed in India, and I'm glad to see that brewers out there are not just following trends, but actually creating true craft beers.

If you're in Goa this season, pop across to Habanero in Baga, and try Susegado’s offerings. You will not be disappointed. The beers are also available at various other bars and restaurants, but there's still a while to go before all of Goa is covered, and our friends down South can get a taste.

Meanwhile, I’m back in Hyderabad this weekend to check on the new batches of beer at Zero40. And the week after, I’ll see you in Bengaluru at a very exciting new brewery that's set to open soon – more on that later!

George Jacob is the Founder of The Beer Chronicles - a brewing consultancy, a Brew Master with a degree in Brewing, certified in Craft Beer by Brewers Association, a Cicerone® Level 1, and a Certified Beer Steward by the Institute of Brewing & Distilling, London.