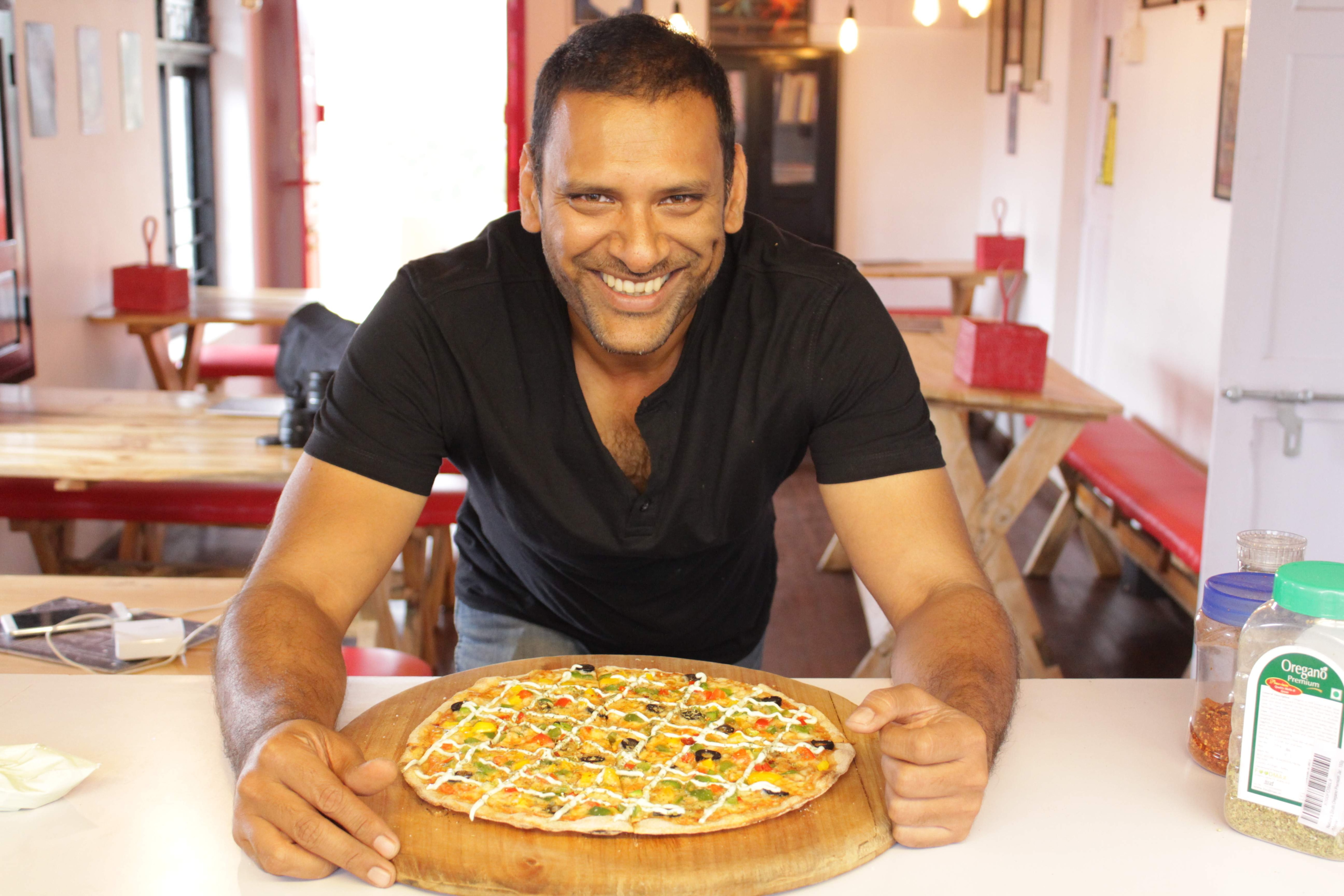 It is almost impossible to scroll through Priyak Mitra’s Instagram feed without coming across food. Though a lot of them have been picture perfect goth burgers and large hearty bowls of ramen, of late his feed has been throwing up a number of delicious looking pizzas. Think a thin wheat crust, crumbled crunchy bits of bacon and gooey melted cheese strings as you pull apart a slice. Chef, photographer, fitness junkie and journalist, all in that particular order, Priyak Mitra’s quest for spontaneity has taken him from running a beach shack in Goa and making Vietnamese Bao buns, to opening two of his own pizzerias in The Nilgiris (Ooty and Coonoor) over the course of the year.

Ranked second in the list of restaurants in the district on TripAdvisor within six months of its opening this year, this eatery has managed a string of only positive reviews with just five tables and three staff (include Priyak). While cooking started off as a means of unwinding, Priyak admits that running the pizzeria is far from relaxing. “But being a journalist for 17 years with daily deadlines helps you cope with the pressure,” he shares.

The 42-year-old recently opened his second pizzeria in Ooty, with new burgers and home-made ice-cream as additions to his pizza menu. 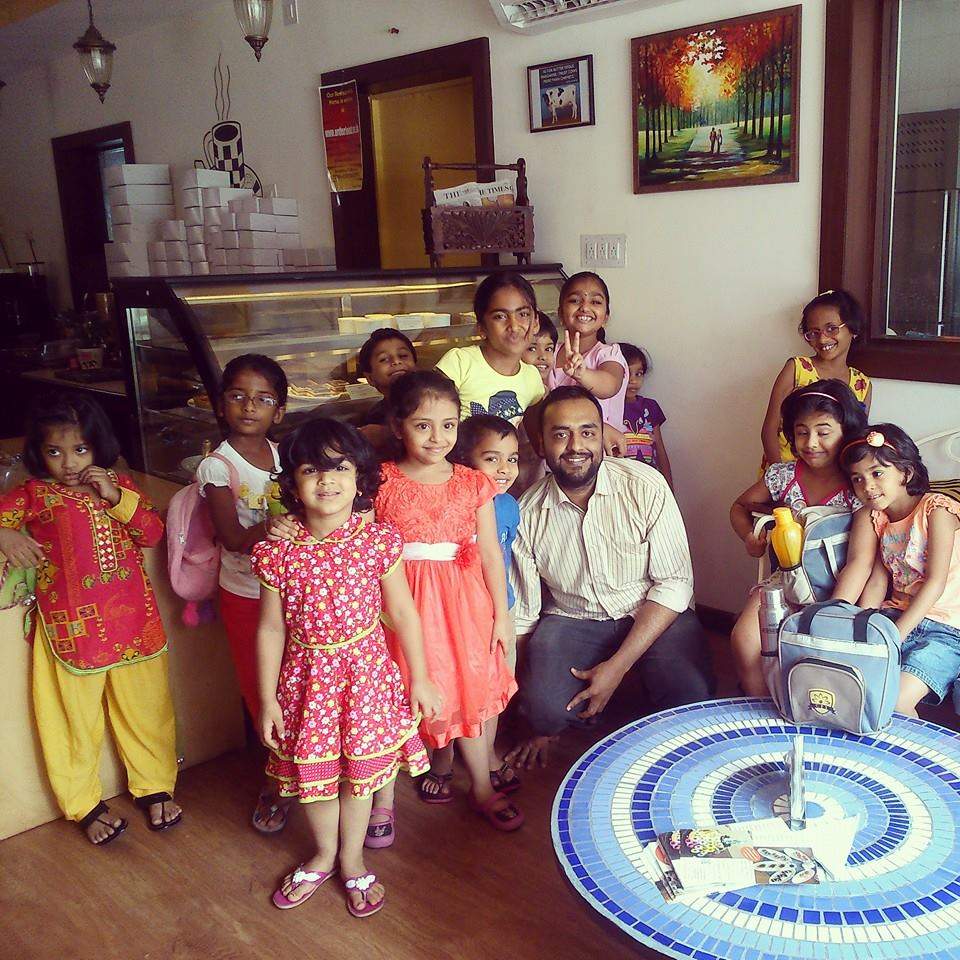 The city’s affair with authentic French baking, be it croissants to eclairs and even tarts, began with the opening of V’s Cafe Boulangerie in 2013. Run by Vishak Chandrasekaran, this Parisienne café introduced the city to a range of artisanal breads, such as focaccias, baguettes, rye and multi-grain/whole wheat options — a market then dominated by star hotels.

Four years into the business, the Le Corden Bleu graduate is now looking at the retail market space for expansion. “Since we do not use any kind of preservatives in our products, we are testing out the shelf life that these products will have,” says Vishak. Look out for their cookies, pastries and a completely new range of high hydration bread. “A variety of sourdough culture bread are things to look out for in 2018,” shares the 30-year-old.

Even as the New Year approaches, we learn that V’s Cafe will be shifting base from their current location in Saibaba Colony to an undisclosed location in the future. Nurturing plans to overhaul the existing menu and introduce a new range of products for V’s, Vishak is working towards expanding into cities like Hyderabad and Pune with a series of concept cafes. “There are a lot of investors who are looking to set up cafes but require the knowhow. In the coming year, we will be moving into the consultation space, providing technical knowledge and kitchen support.” Danjo Tea is recreating memories of Nirmal Raj’s childhood with a range of tea and herbal blends that are handpicked and hand-rolled from the plantations in Nilgiris, Darjeeling and even Egypt. Offering a range of handcrafted black, peppermint, camomille, and red bush tea among others, the entrepreneur tells us to look for his favourite white tea. “My father was a tea taster, while my mother was working as an accountant at tea plantations. I’ve grown up with the smell of different teas, quite literally,” shares the 27-year-old, who used to fall asleep on gunny bags filled with tea leaves as a child.

His business venture which began in 2012 with 15 varieties of tea now brews over 70 varieties of tea sourced from around the world. Five years in the industry, his brand has its flagship outlet  at Buddies Cafe, retails at Ci Gusta, opened a tea lounge bar at Poppys Hotel, launched its express counter in PSG College of Technology and unveiled their own brand of hand-rolled packaged tea — Danjo. The only city brand that creates tea-based subscription boxes, Nirmal plans for expansion in 2018 include setting up three more tea houses in the city and two others in Chennai and Madurai. 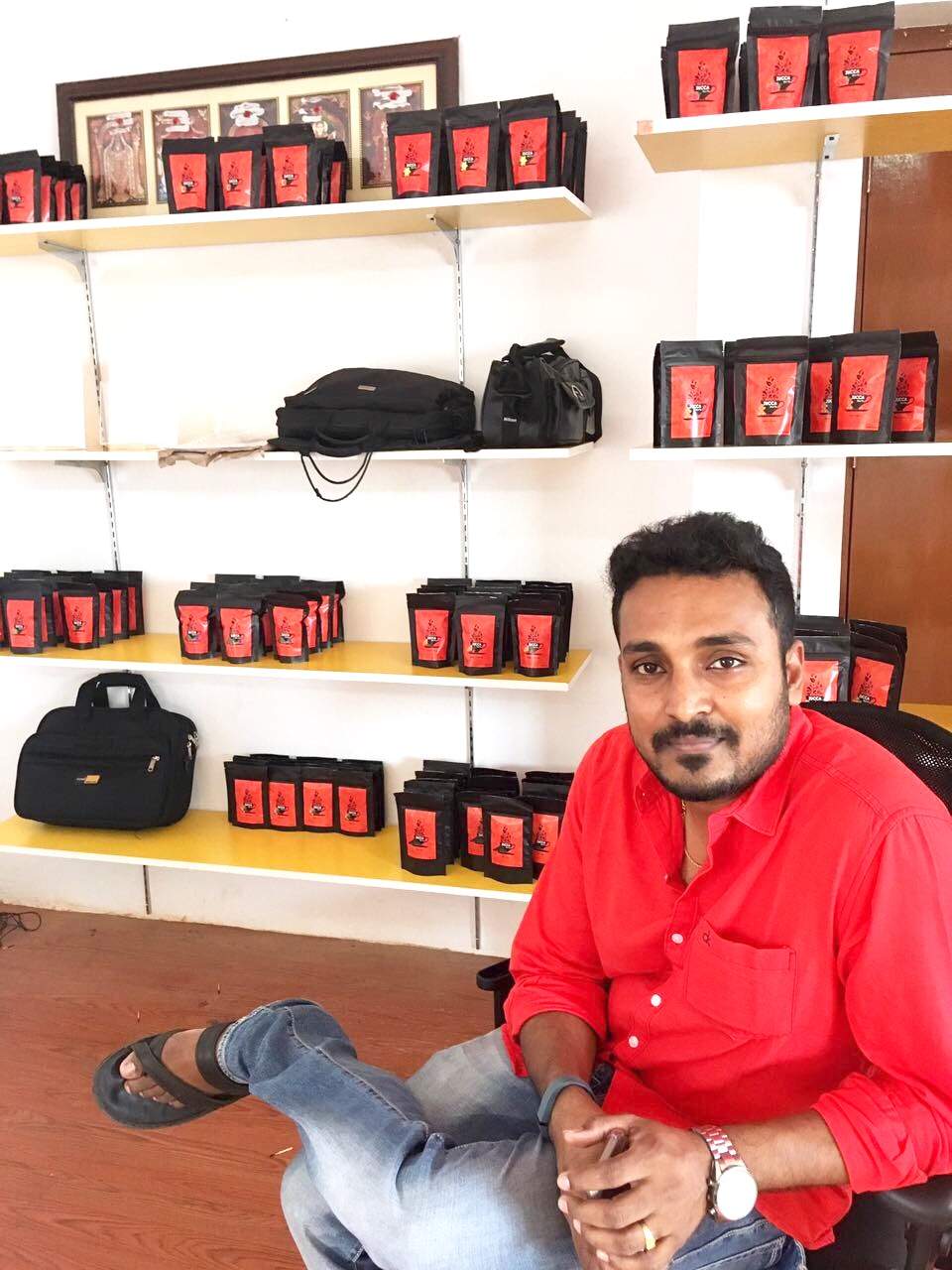 A 100 outlets in the South in the next two years seems like a rather ambitious plan for city-based entrepreneur Arun Kumar. The founder of Zucca Pizzeria who is a graduate from Great Lakes Institute of Management has been making strategic partnerships during the second half of 2017 by joining online firm ASK that has kiosks in residential areas across the city. Boasting of 17,000 unique pizza delivery customers with three outlets in the city, the four-year-old brand is known for their experiments with their thin crust pizzas, like red beet or even green tea crusts.

With his culinary pursuits planted in innovations, Zucca Pizzeria offers a range of sauces that aren’t your plain old marinara or arabiatta, like their fresh pesto, spicy Moroccan and Bbq varieties. “We also recently added a white sauce pizza to the menu,” shares the 36-year-old. Unlike other pizzerias, the folks at Zucca suggest that you pair your pizzas up with a cup of tea. Choose from their curated menu of herbal and white tea infusions for order. On the technological front, the company has developed its own billing system, which eliminates the traditional PoS and uses mobile devices for taking orders and generating bills. 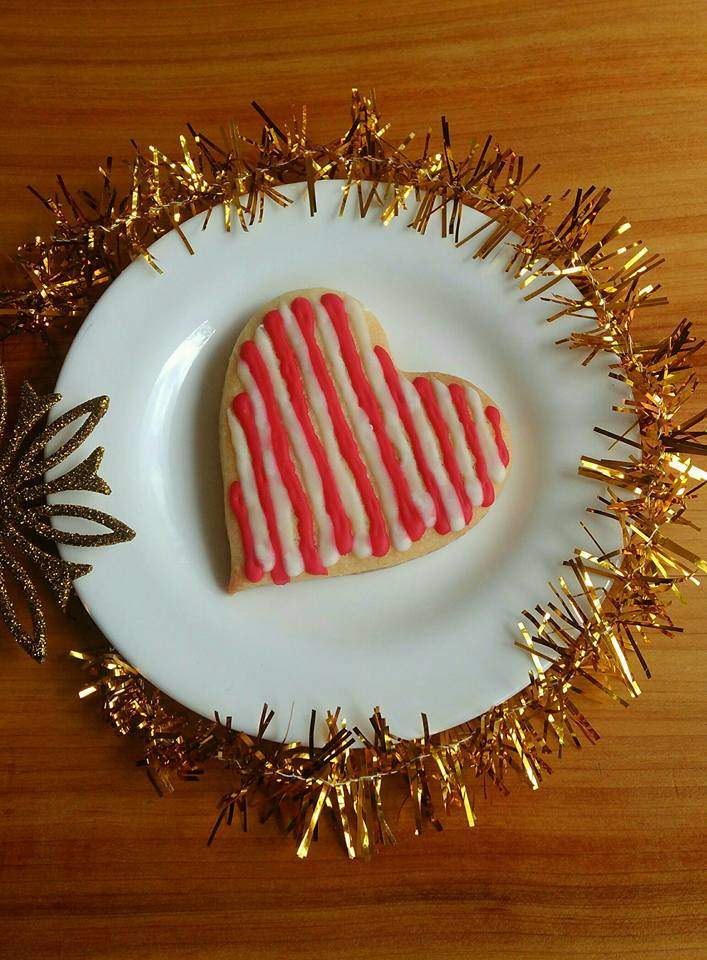 When Marcela Pinto moved to The Nilgiris, little did she realise that she would soon own a 16-seater cafe that would become a favourite hangout spot for both locals and tourists alike. Settling in Kotagiri in 2008 after travelling the world as a Spanish translator for the Chilean government, the experimental baker decided to open her own cafe in 2016, specialising in South American sweets and savouries.
Run primarily by the 43-year-old, The Point Cafe is located beside a tea garden and almost resembles a room that has been built into the tea estate. “I would like people to discover the beauty of the region and why I fell in love with it,” she says. Open six days a week from 9 am to 6 pm, Marcela bakes every morning and assures us that only freshly baked goodies are available on the shelf.

Catering to a diverse customer-base, the home-baker loves to keep mixing things up and does not stick to a fixed menu. However, you can always find a variety of pies, quiches and pastries. “Customer favourites include the apple pie and the spinach and corn quich. My favourite though is The Queen’s Arm —a recipe taught by my mother.” We suggest you also try her authentic Chilean hot chocolate made by melting a chocolate bar in a boiling cup of milk.

As for her New Year plans, one can expect to find a range of cookies, Yule Logs and cupcakes, while for 2018, Marcela may plan on expanding her one-woman cafe to neighbouring towns of Ooty and Coonoor.