Did you know that Hyderabad is one of the highest consumers of biryani with an all-time record of seven lakh plates being consumed on one single day (says their menu)? And that India is home to one of the hottest chilies in the world – Bhut Jolokia (Ghost pepper)? Discover more of such fun food trivia at Pakka Local, located in Kondapur. Living up to its name, which is a popular song from the Jr NTR-starrer Janatha Garage, the restaurant specialises in a host of regional flavours served in a rather dramatic way. 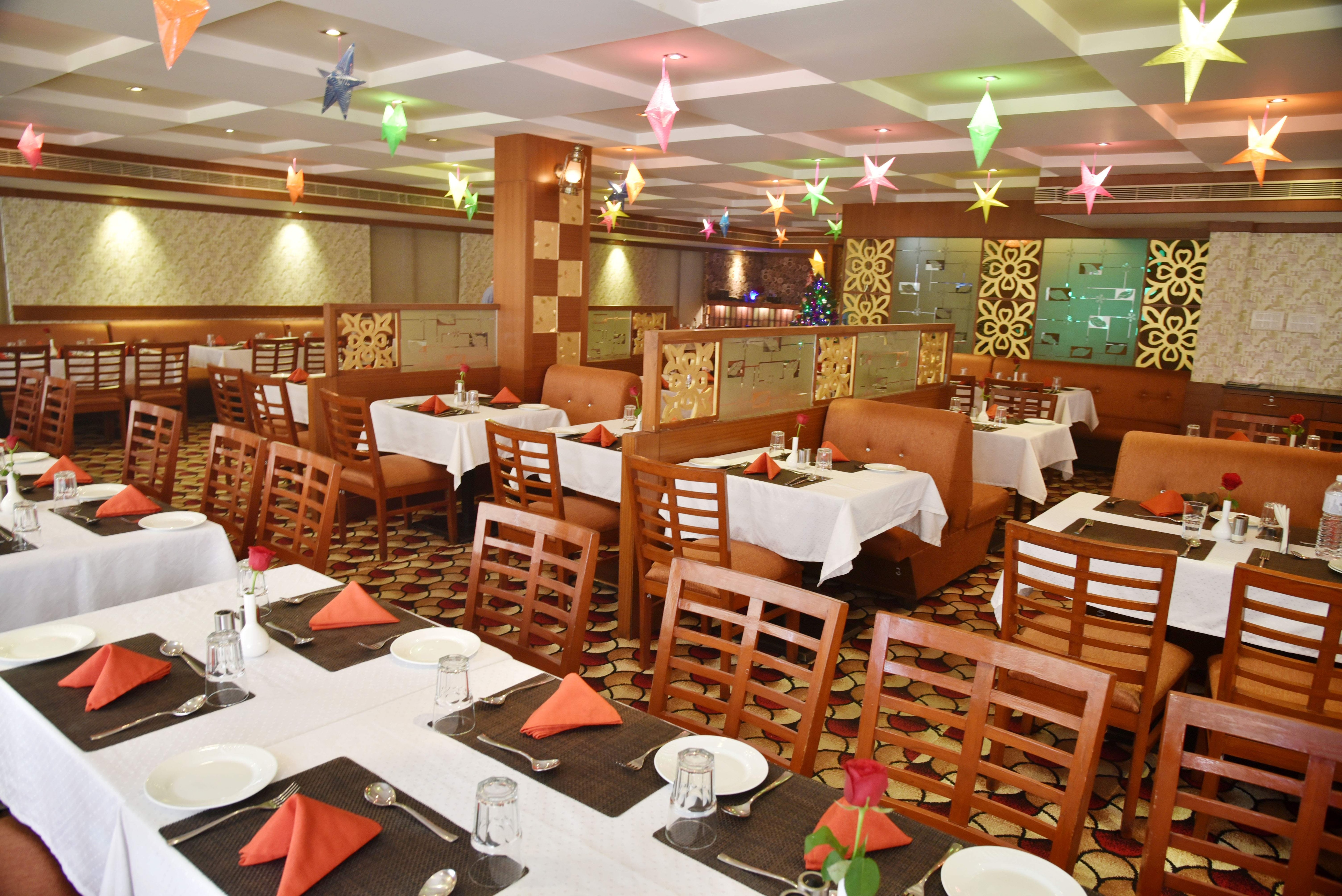 Consider the Chicken Handi Kebab, our first dish, which is served in a wooden sizzler plate. The succulent pieces of chicken topped with ginger, garlic and in-house masala make the dish flavoursome. Meanwhile, restaurant manager Pankaj Roy adds, “Though we are known for serving dishes from the Telugu-speaking states, we included Chinese and North Indian to offer a variety of options for customers.” While taking the last bites of our kebab, we flip the pages and notice that most of their dishes are named after Telugu films – Julayi Kichdi Kheema Fry, Mirchi Bhojanam and Baahubali Biryani. Their starter section is the most impressive, with various seafood, meat and vegetarian options.

Our next starter,  Mini Veg Basket, arrives. The crispy-fried cups are stuffed with a thick gravy of American corn, bell pepper, carrots and beans, making it a delight for any foodie. The Coconut Crispy Chicken is another dish with a dramatic presentation – the bottom of the shooter glass is filled with cocktail sauce and pieces of fried chicken are dipped in it. However, this one is strictly for people who enjoy the flavour of coconut.

If you like your biryani with a generous amount of spices and tender-cooked meat, then Nalli Gosht Biryani is a must-try. Among the other dishes, Mint Wing Pulao and Stuffed Tomato Pulao are some of our suggestions.