Laksa to Wasabi Prawn? Chao is the place to be

Chao means ‘hello’ in Vietnamese. Just the greeting past patrons of this re-opened restaurant are probably happy to hear. Manoj Beno who has brought the brand back to life with partner Hariharan who ran the original Chao in T Nagar says, “When I was approached to get on board, the first thing I did was get on google and look at the reviews. They were  all positive and lots of customers wanted to know why the restaurant shut down in the first place.” 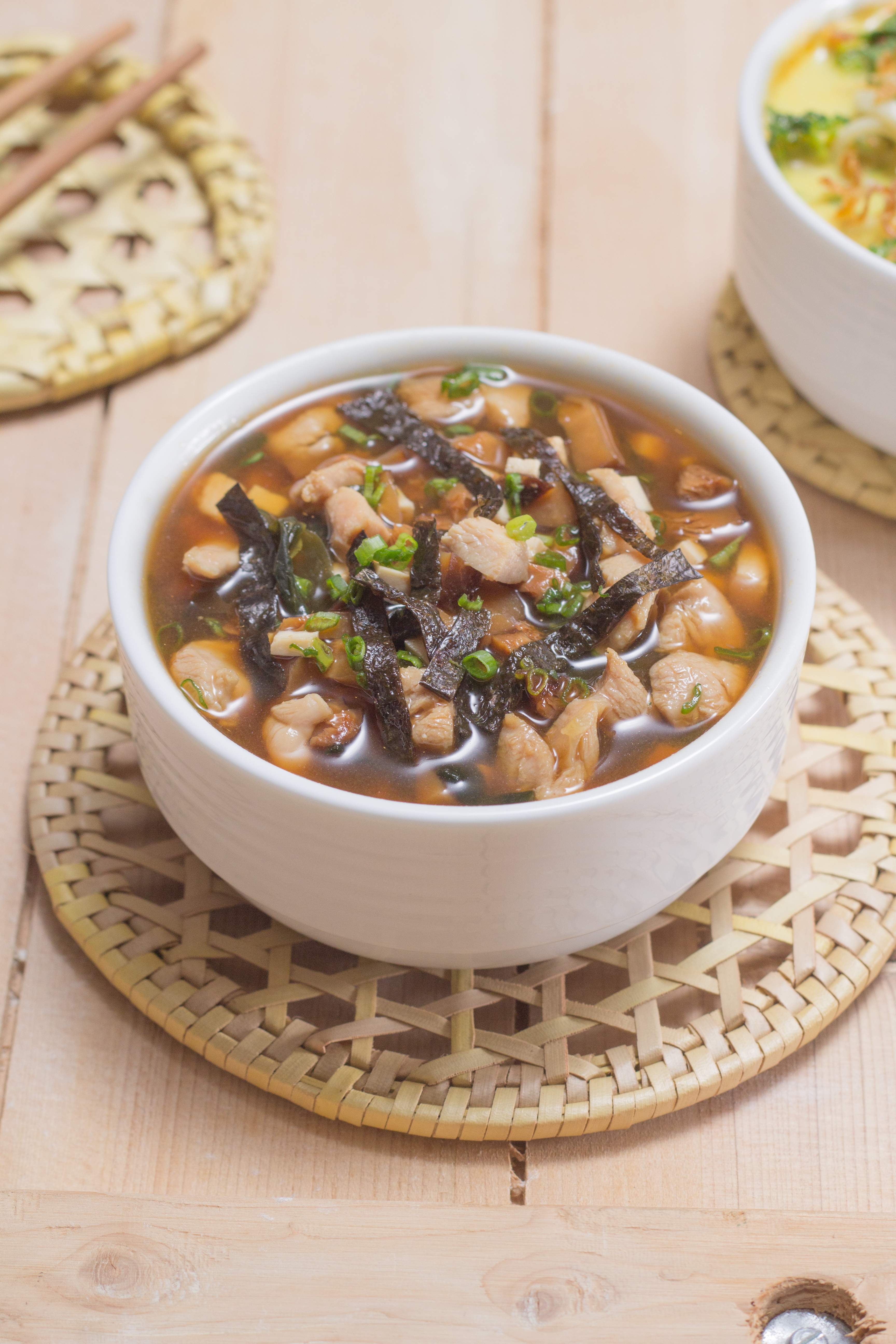 The reason we find out was difficulty procuring a liquor license, which fortunately at the newly launched restaurant at Somerset Greenways Chennai, MRC Nagar is not an issue. We were eager to see if the  much-talked about Wasabi prawns that got some rave reviews online. Yes they were there. After all it was from the same chef. Shyam Lama, executive chef, headed the kitchen at the first restaurant when it started back in late-2012.
The present-day fine dining space is much like the old one, with Buddha effigies adorning the interiors and a pan-Asian menu that covers Chinese, Vietnamese and Singaporean flavours. The only thing new on the menu, Manoj tells us is an additional Japanese section. “More than 70 per cent of this hotel comprises guests who are expats from Japan, so not having Japanese was out of the question,” he says. Delicacies like sushi, served with vinegared rice, vegetables and seafood and ebi tempura, common Japanese dish,made of fried prawns are a speciality here. 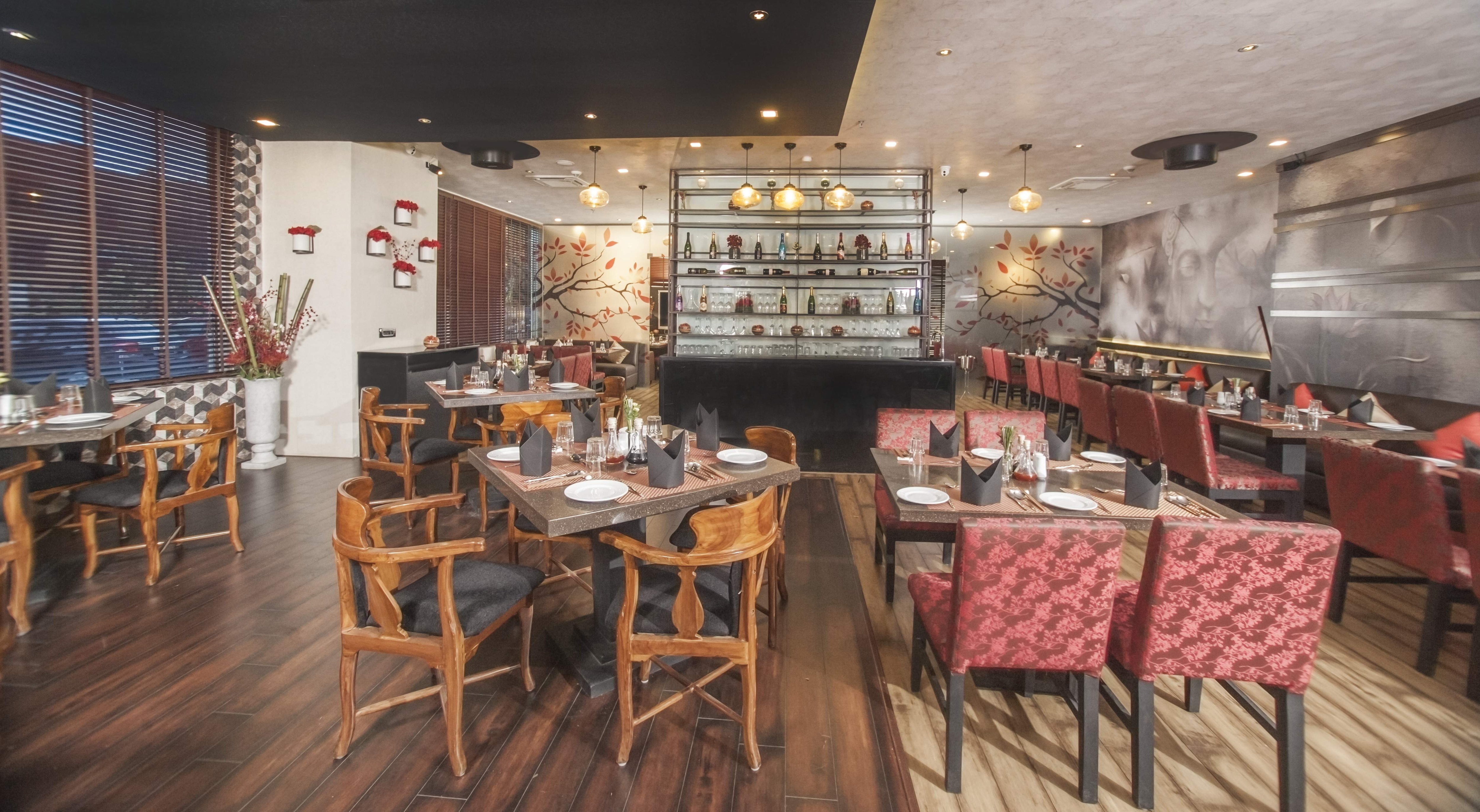 We started with a Malaysian Laksa, made of the thick and balanced coconut-curry with ample meat shredded all over and rice vermicelli. The noodles in the curry retained their crunch. Next up  was an appetiser, Pandan chicken, marinated and wrapped in screwpine leaves with toothpicks. The Pandan leaves lend a nice flavour and moistness to chicken especially after frying.
After a pause, we moved on to the mains that comprised their Thai chilli basil, a stir-fried rice dish that featured Thai basil, finely chopped Chillies and minced meat. With perfectly balanced flavours, one could however crank up the heat with a dash of chilli soy sauce. However, a Pan-Asian cuisine is not complete without seafood and the chef insisted that we tried their Singaporean crab which is apparently also on the world’s top 50 most delicious dishes. With the flesh cooked to perfection in sweet and tangy sauce, this is a must try for seafood lovers. 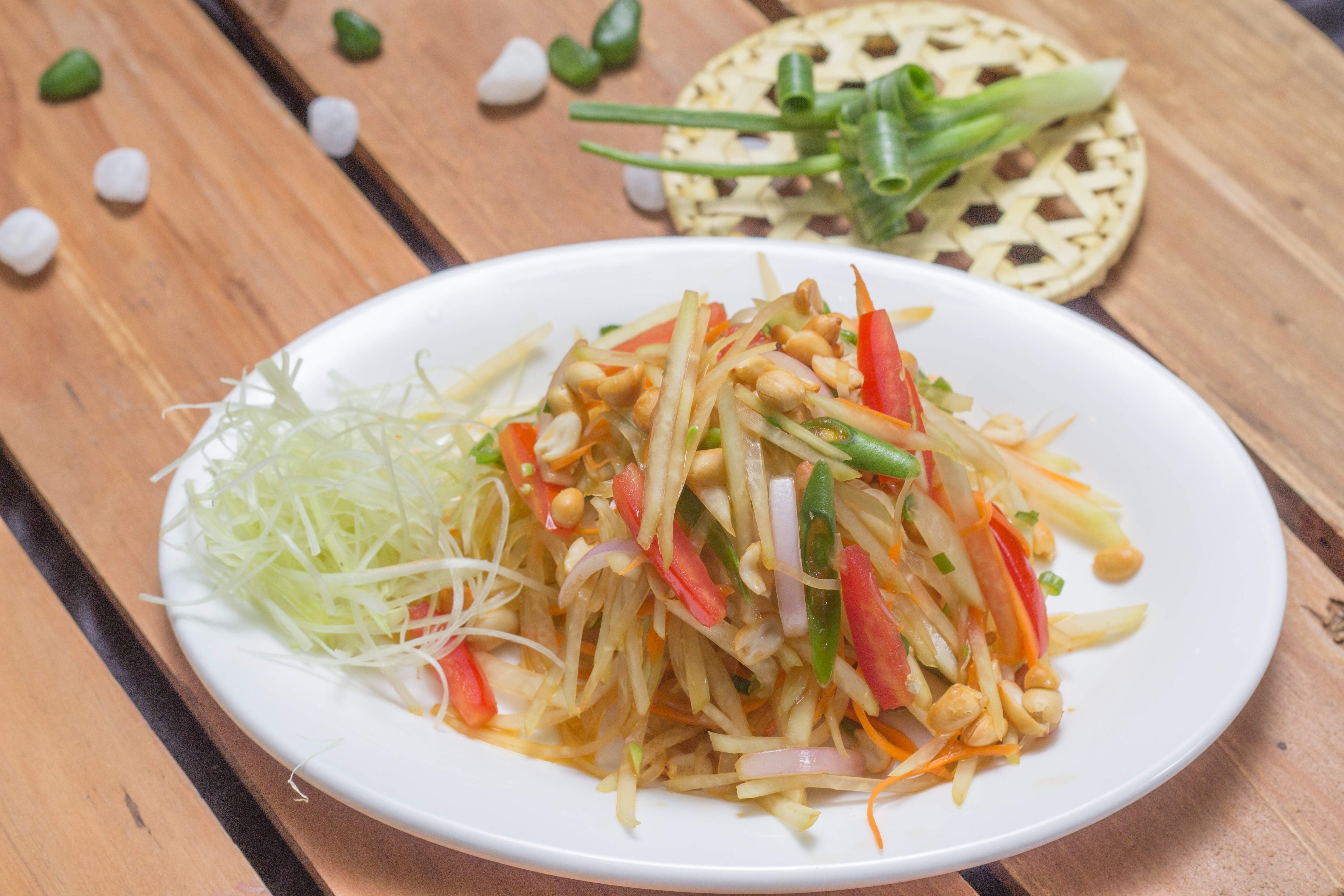 Apart from this, the menu serves cocktails and mocktails as well. The night wrapped up with a sumptuous scoop of jelly-textured, caramelised Pumpkin custard with coconut ice cream and maple syrup.