Chef Ravi Saxena, the corporate chef at Dhaba by Claridges, loves road trips as much as he loves whipping up innovative dishes in the kitchen. So, when he is not putting together little bits of heaven like the Dhabe Da Meetha (more on that later), the chef likes taking road trips to Punjab, finding inspiration at the dhabas that dot the highways. “Last April, I took a road trip, along with my master chef Akram Qureshi and my operations manager Vineet Kochar on the Delhi-Amritsar highway, where we stopped by the dhabas to sample some of their dishes,” begins the chef, highlighting that he doesn’t pick up the recipes from these dhabas. “I understand the thought process behind what goes into the dish, and then make my own recipe,” he elaborates. While we still hold a torch for their balti meat (succulent mutton shank in a bucket of gravy), the  Chef’s Special menu launched last Friday, is born of his experiences on the road. 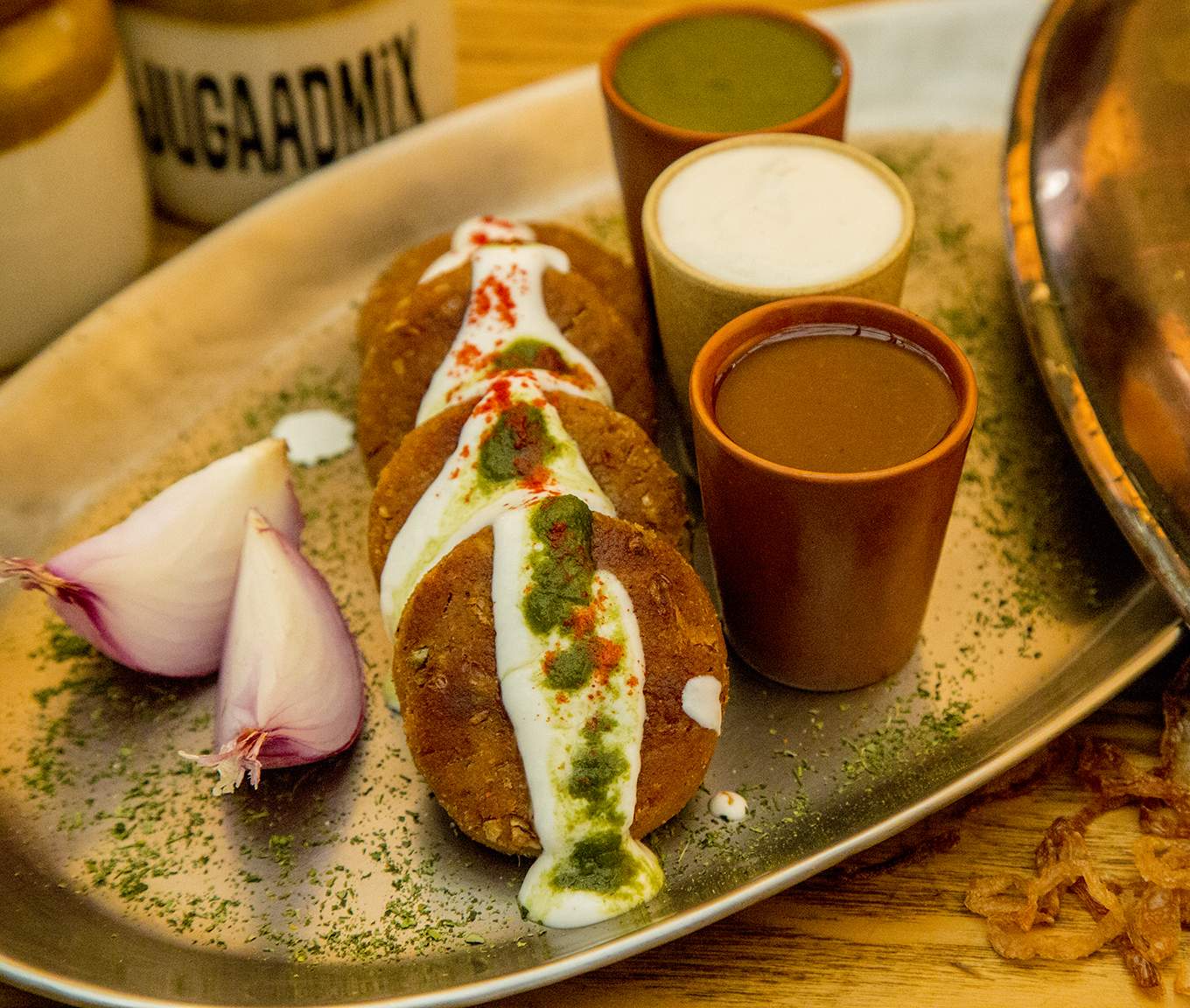 At Dhaba by Claridges in Ispahani Center, we first pick from the lassi menu. Ditching the sweet, we opt for the theeki lassi, thick and creamy with a faint spicy aftertaste. First up on the starters is a delicious tawa paneer (soft paneer tossed in onion, tomato and yoghurt paste), one of their six dishes cooked in a tawa (the rest are cooked in a tandoor). Chicken lovers can try the tawa  chicken chaamp (chicken marinated in spices) but be forewarned, it is spicy. Next up is the easy favourite, Lawrence Road ki tikki (minced mutton with chana daal and spices), best eaten with green chutney, sweet sonth (tamarind) chutney and a touch of yoghurt. No points for guessing, the dish is inspired from Amritsar’s famous Lawrence Road, one of Chef Saxena’s pit stops. Those who love ‘meal makers’ must try the nutri saag paneer (soyabean nutrella, paneer and spinach), which the chef says is inspired from a variation of the dish he sampled in a kiosk in Amritsar.

Kadhi in a hurry

For the main course, we order an assortment of bread to go with the kadhi chicken (chicken cooked in traditional Bengal gram kadhi) and burni mutton (cuts of mutton cooked with onion, spices and mustard oil). The yoghurt-heavy kadhi chicken made for a lighter dish compared to the rich burni mutton, which had large cuts of meat in a gravy loaded with mutton kheema. When Chef Saxena says that the ‘chitta butter chicken’ (from the regular menu) is inspired by the song Chittiyan Kaliyan, we cannot help but have a taste. “This is a ‘chitta or white ‘version of the butter chicken,” explains the chef. The star of the entire meal, however, was the Dhabe Da Meetha. The layered dessert, served in a clay pot comes with shahi tukda at the bottom, topped with vanilla ice cream and a layer of rabdi, with a gulab jamun sitting pretty on the top — a perfect combination of four different desserts in one bite. 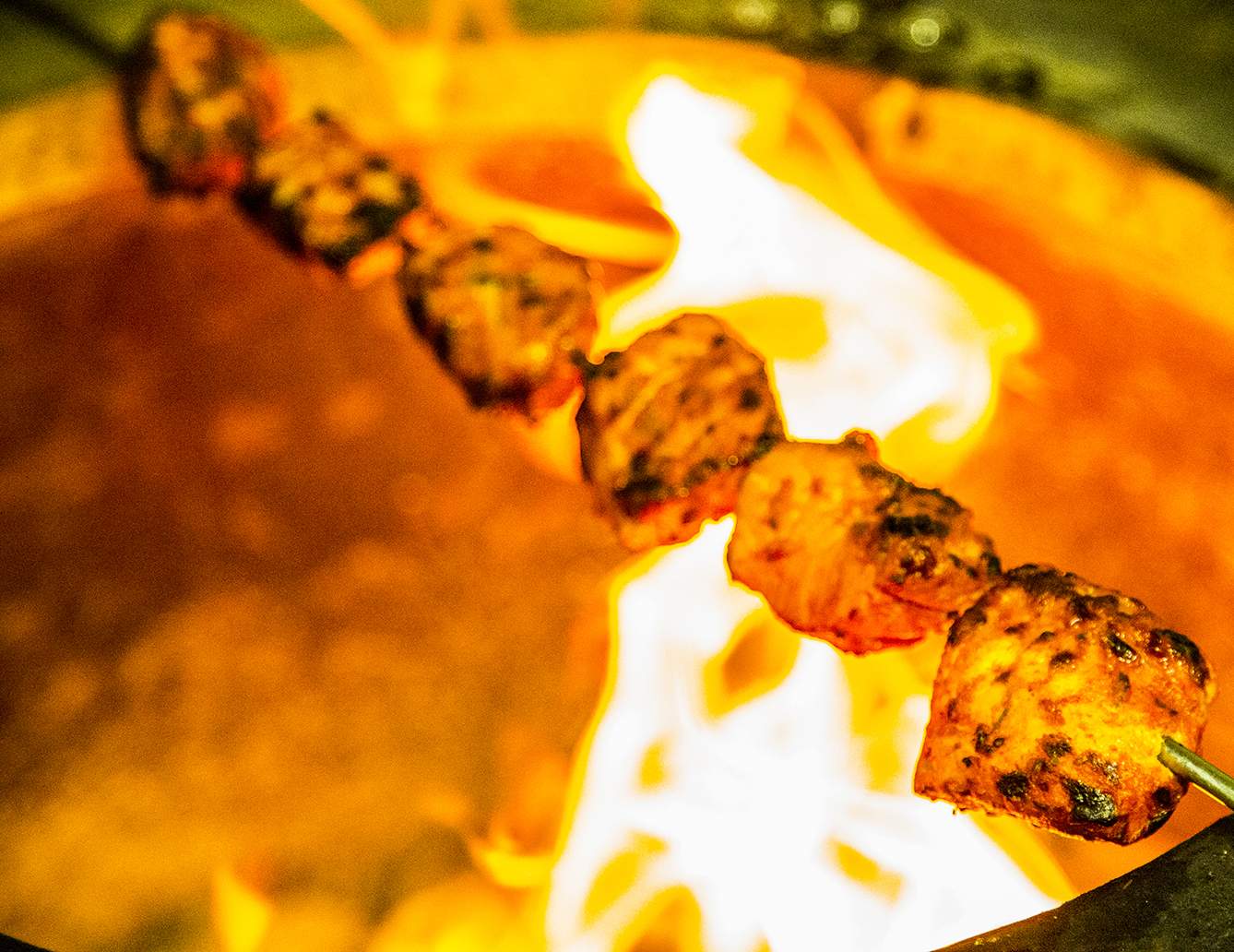