Lazy brunches are increasingly becoming a lot of hard work. At the launch of the new Sunday Brunch menu at The Melting Pot restaurant of the InterContinental Chennai Mahabalipuram Resort last weekend, the hosts rustled up a “mannequin” challenge, handing out food props to members of the crowd — frozen fish, baguettes, cooking implements, and such. What ensued was an utterly chaotic and rather commonplace scene, of idle gawkers in a throng and lookers-on parading phone cams, as the participants struck a series of “flash” frozen poses for the in-house food-arazzi.

To make the proceedings seem somewhat authentic to Sunday markets, there were sufficient bread carts, slabs of meat, fish and farm-fresh veggies on display, not to forget scrawled signs on writing slates indicating a “local fish market” and “machi bazar” thrown into the lot. Dubbed a Culinary Theatre, the activity left us fairly entertained and rather ravenous, though we refrained from making a drama over our unsatiated appetitites.

Theatre of delicacies
The rounds of applause thereafter were reserved for the experts manning the counters — each of them serving up performances under the banners, Live Western Grills, Live Churros & Pasta, Live Chilled Noodle Station, Live Tandoori Kebabs, and so on.

Led by Executive Sous Chef Bishen Negi, the menu offers a considerable spread — from sushi and teppenyaki to waffles, pancakes and Mediterr-anean mezze. This being the Inter-continental, we were not expecting a live dosa counter. For a South Indian touch though, there’s an Appam Counter, while the Pav Bhaji stall is popular, alongside ones for omelettes in Odisha, Guntur, Kerala and Tamil Nadu styles. 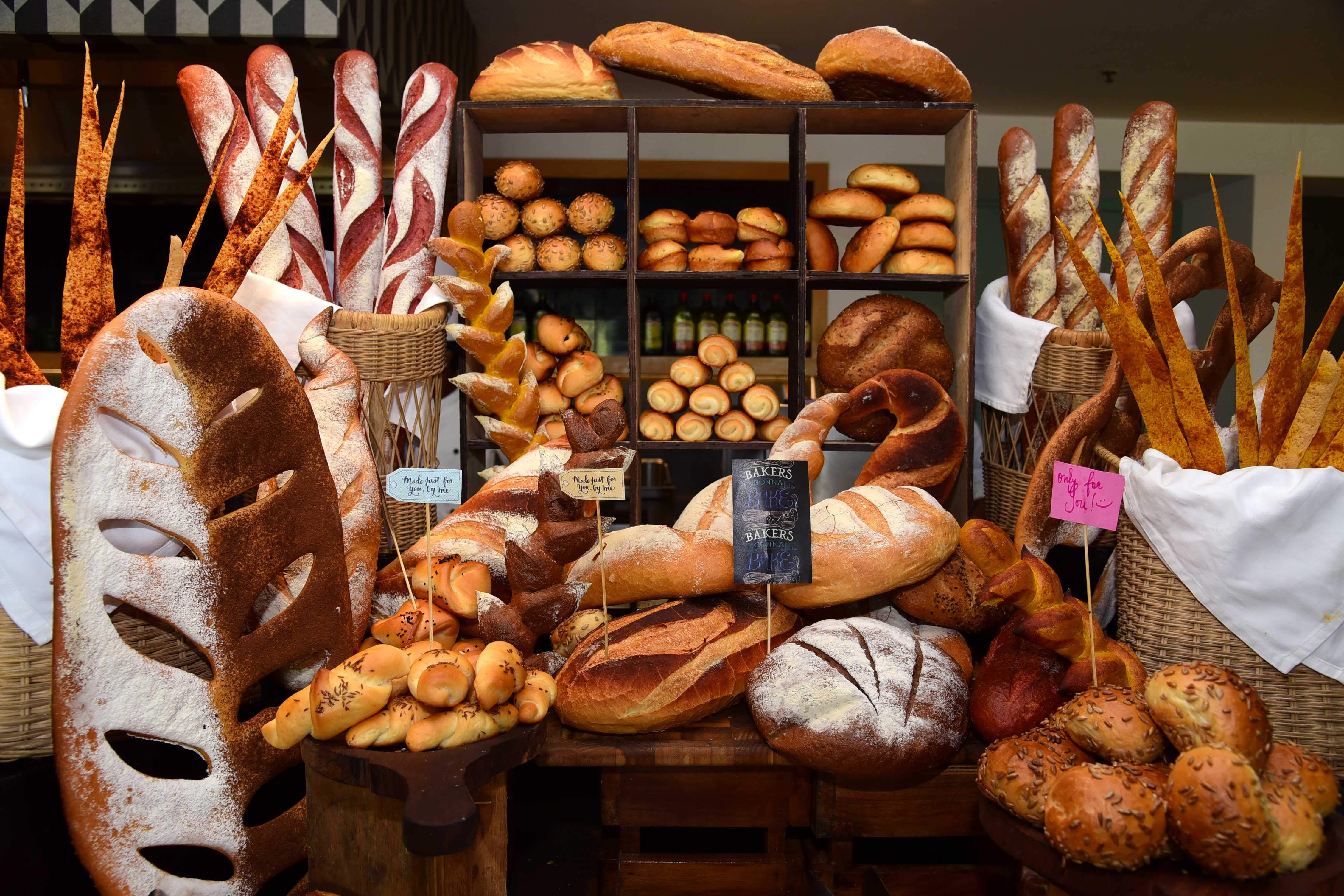 The biggest draw among all of that, however, is the lavish desserts section, allowing repeat helpings of the apricot Savarian, banoffee pie, blueberry & chocolate gateaux, raspberry cremeaux, coconut parfait, bitter chocolate pudding, mango panna cotta, and red velvet mascarpone.  (We had all of them.) The jawar payasam and kalakand were our picks among the Indian flavours, but it must be said, many of the dishes scored higher for presentation than taste.

For the resort’s visiting expat patrons, the cold cuts and salads ought to suffice (don’t miss the melon-wrapped parma ham, and braised beetroot with orange and fennel), topped off with shrimp cocktails. Ultimately, we couldn’t help but warm up to the mocktail bar for Liquid Pop and Burst Spheres, before strolling down to the beachfront with jelly lollies in our mouths.