Angamaly Diaries had everyone running helter-skelter for naadan pork preparations. Although it is the most widely consumed meat around the world, it’s still difficult to find restaurants in Kochi serving it. But Binnamma’s gallery near Thammanam has people coming in from the neighbouring town (famous for koorka pork) to taste the rare pork biryani.
“When we opened this restaurant on an experimental basis, the pork vindaloo prepared by my mother, Binny, was a hit. So she decided to try this rather unconventional dish on our three-week old new menu,” says restaurateur Ashly Augustine, welcoming me into their 28-cover outlet with an excellent cardamom-infused grape beverage. 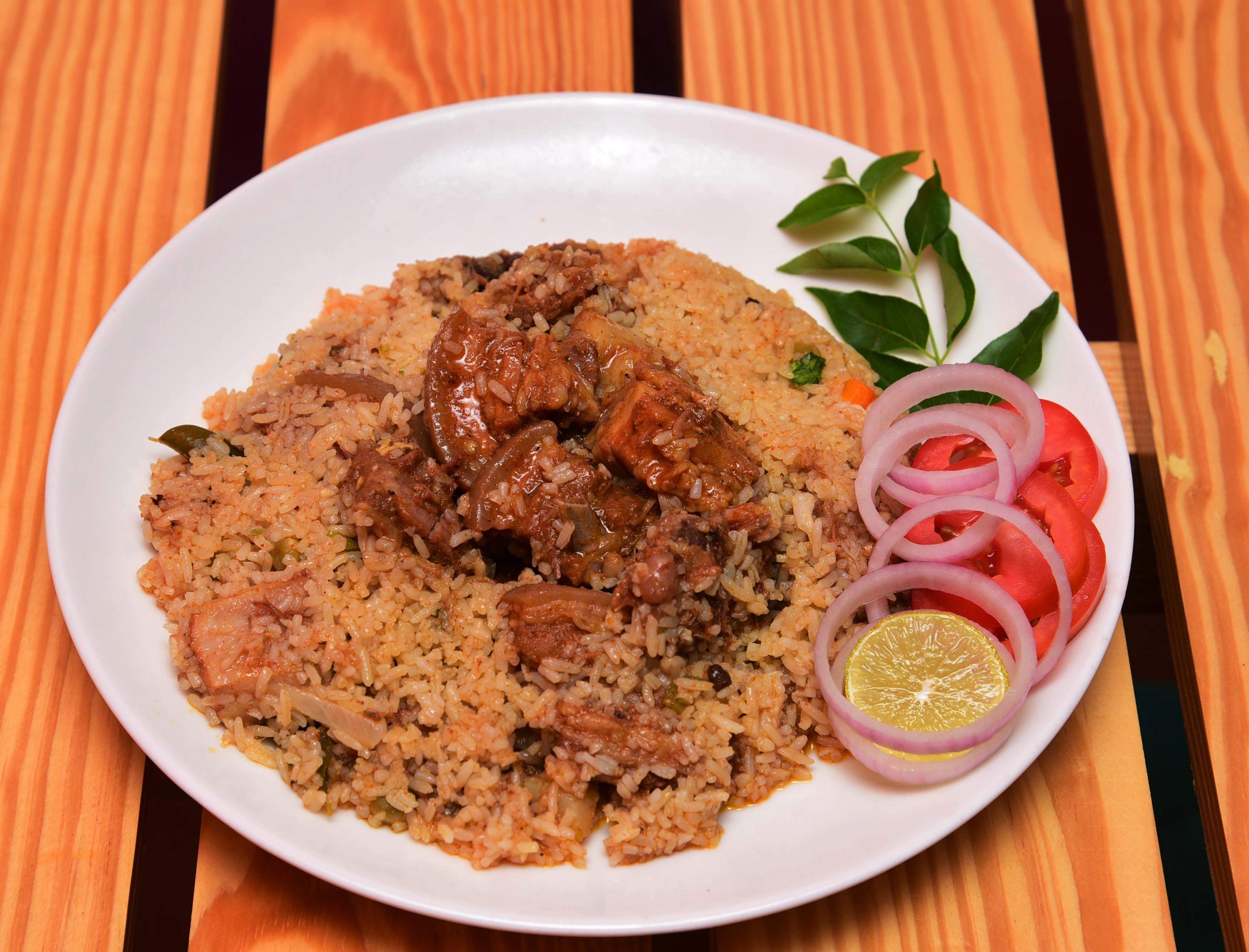 Quirky combos
Though Binnamma’s preserves a laid-back atmosphere with ‘motherly’ preparations and a daily changing menu, they’re far from shy when it comes to culinary experimentations. I choose to go with a beef kothuvada, which combines distinct flavours with curry leaves and oriental sauces. Next up, I pair their sweet and sour pork vindaloo (prepared with natural toddy vinegar) with some delectable thenga aracha choru. Other than the cafe’s decor, Ashly brings in his melophilia in naming the dishes—like the chicken red hot chilli with pepper. “The seeds are removed before sauteeing the red chillis to impart a naadan flavour without making the dish too spicy,” says Ashly. Finally, the much-awaited biryani arrives. Large pieces of tender meat—which exudes au jus, as they cook it low and slow—moisten the rice along with the toothsome gravy. Given a choice, I’d return to savour on their biryani often.