As an ode to the streets of Thailand, city’s popular pan-Asian restaurant, Mamagoto, introduces a special Hawker’s menu. The new list includes a bunch of curated street snacks, along with four monsoon cocktails, as brief as it maybe. 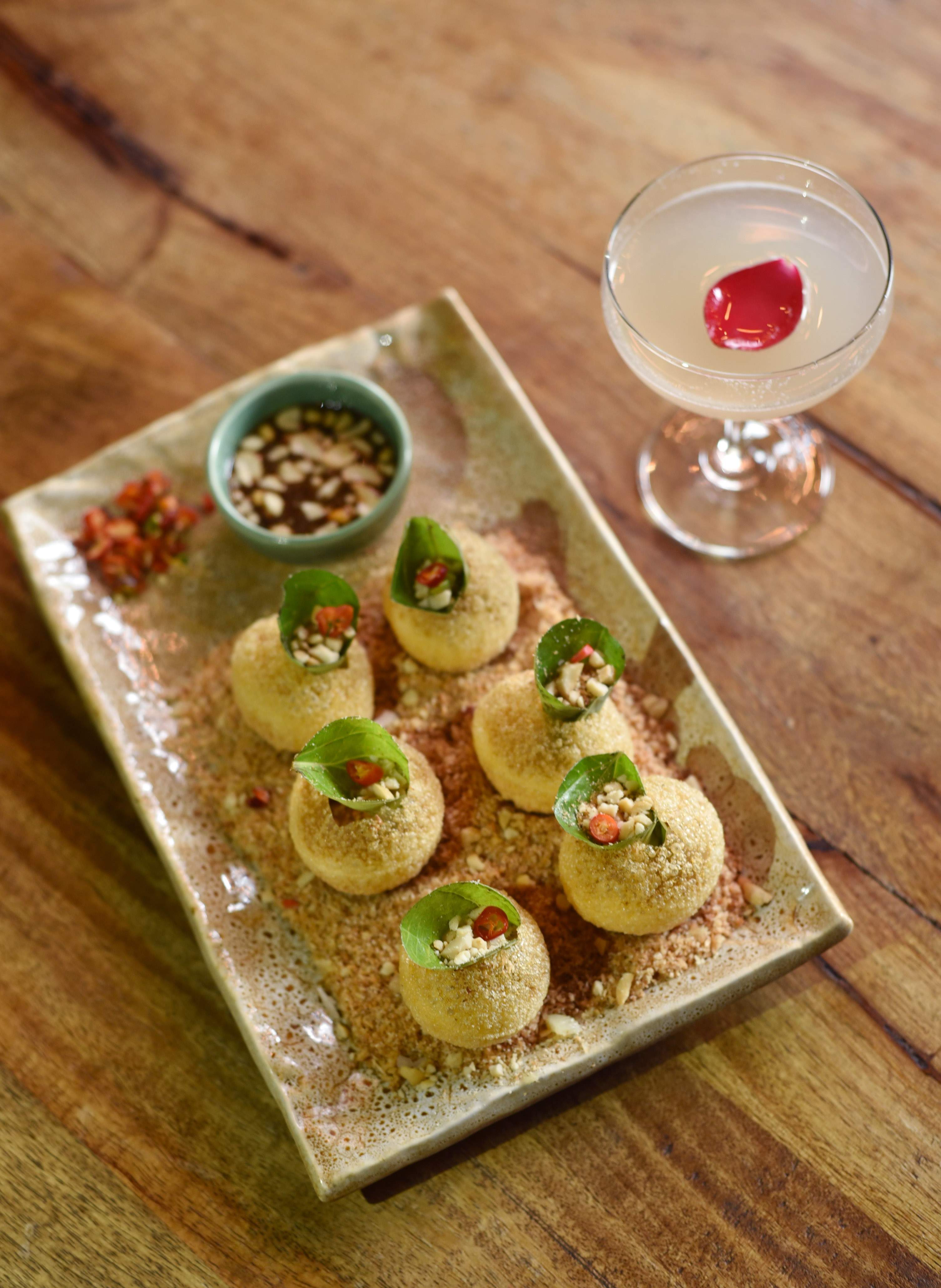 The first dish offered to us was Thai Puchka, which is similar to our usual pani puri. The only difference, however, is the stuffing of betel leaves, roasted coconut and peanut powder, seasoned with Miangkam sauce. Our first drink, Litchi Rose Martini, arrived in less than a minute. This vodka-based cocktail (mixed with canned litchi, rose syrup and lemon juice), was served in a coupé with a garnishing of rose petals. While the rose petals and litchi were sweet, the flavour of lemon added a refreshing tangy twist. The best of the lot, among the dishes, was Aunty’s Platter. Rich in its variety, the platter consisted of Chicken Spring Rolls, Prawn Toast, Chicken Satay and Chicken Siu Mai. Though the portions seemed to be small, the presentation made up for it. If you ate it slowly enough, the snack combo is filling in itself. The chicken stuffing in the spring rolls was cooked to perfection. They also had a melt-in-the-mouth appeal. “Several dishes were tried before we narrowed it down to these four items for the platter. Though Hyderabadis love spice in their food, we stuck to the authentic flavours of Thailand,” says James Howkip, restaurant manager. If you’re looking for a few vegetarian options, do taste their Aubergine and Okra Medley and corn salad. Next in the queue was a lemon-infused Gin Basil Smash. Unlike the others, this cocktail was relatively high in alcohol and was served with a topping of basil leaves. Other drinks to try include the Scotch-based Chase and Status and Mamashakers, the restaurant’s signature cocktail.