Beauty and the Bibimbap

Names like Bibimbap and Jungle Hula Hoop Curry make you want to smile. We’re not sure where the inspiration for their christening came from as we glance through the new Hawker’s Hall menu at Mamagoto — but with some of these streetside eats over a century old, clearly the recipes are just as inspired.

Tasting though from the relative perspective of a Chennai bred palate is a whole other story. For starters, be wary of the fact that flavours tend to blend into one another — with the heightened taste of peanut stalking your palate. So even though we are big fans of the nut and its varied personas in Asian curries — we tend to veer towards plates without it because of its dominating presence in more than one dish. Like the sesame rice surrounded by a rainbow of veggies with a golden yolk in the centre aka the classic Bibimbap, we made reference to earlier. 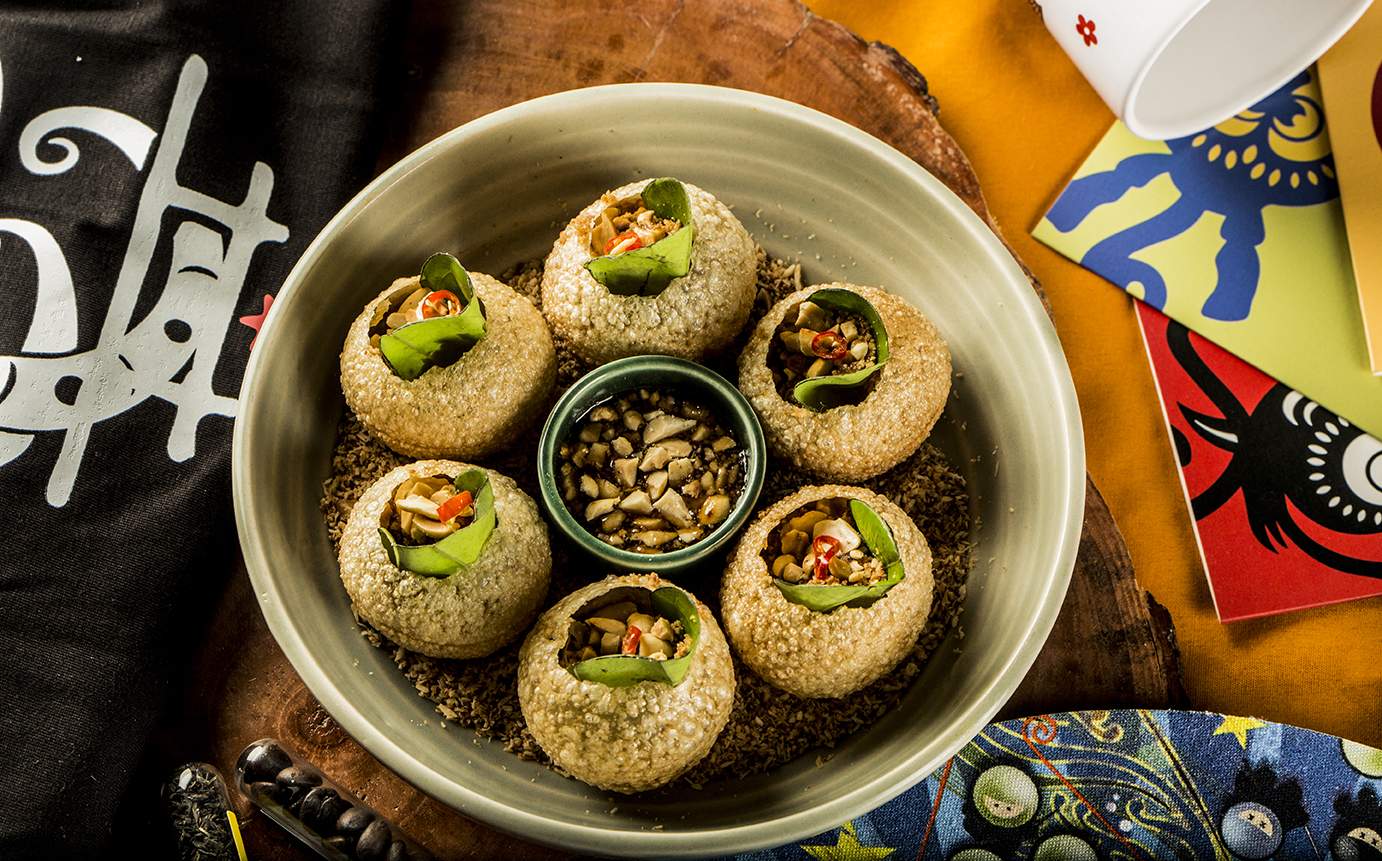 If you are nuts for peanuts however, giddy up. The first starter that we lay our eyes on is the Thai ‘Puchka’ Bites that resemble pani puris — but instead of chutneys and potatoes, these arrive with a filling of peanuts, onions and lime, accompanied by more peanuts in a sweet ginger and red chilli sauce. There’s also the Shrimp tempura seasoned with coconut cream, peanuts, chilli and tamarind. But what we love is the mildly sweet Mekong Boat Chicken Curry, despite the peanut overdose by this point. “This dish goes back all the way to the palace days,” says  Jaiwanti Dugal, Food Director of Mamagoto. Served alongside a tray of rice noodle nests that give our chopstick skills some practice — definitely give this one a go. Slowing down after satiated appetites, while sipping on a gorgeous honey-infused coconut water — we find ourselves going back for seconds to the most unexpected dish of all. The Aubergine and okra tempura has us chomping on crunchy lady’s finger like it’s a french fry. A friend who was always aversed to okra said he has been ‘changed’ after this one.