Mugs and Brews, the cosy café that opened last month has people coming down to Saravanampatti to relish their Indo-Spanish and Japanese fusion food. Those who like their caffeine fix, it starts from the main door that has a quote about coffee, goes on with couches in hues of the beverage to of course the menu. As I’m greeted inside by Yesudas S, one of the four partners of the cafe, I’m treated to their homemade concoction, a healthy alternative to fizzy drinks – the refreshing glasses comprise lemonades with additional flavours such as spinach, beetroot and apple, carrot and orange and such. 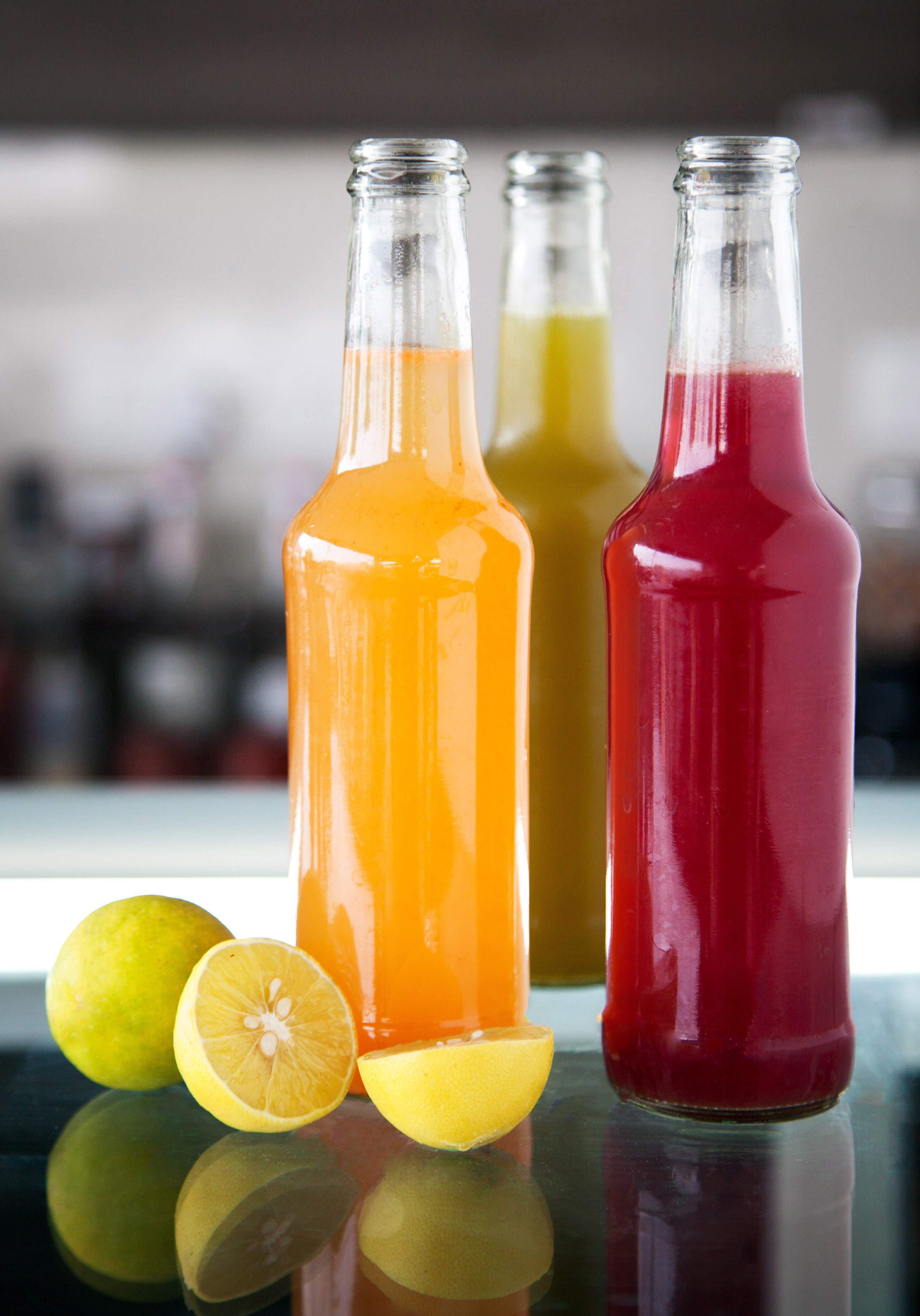 The glass walled 30-seater cafe is owned by four IT professionals who share a common passion for coffee. “Initially we wanted to start a coffee shop where you get just coffee. But eventually we figured that people would need food to have with coffee but we didn’t want to offer something that every other café serves,” says Yesudas. “We only have fusion food here. A combination of Japanese and Spanish dishes combined with local Indian flavours,” Samuel Murty, the barista and food consultant at the café joined us. From espresso and latte to Doppio (double shot espresso) and lungo (Italian black coffee),you get over 12 varieties of coffee at the cafe. 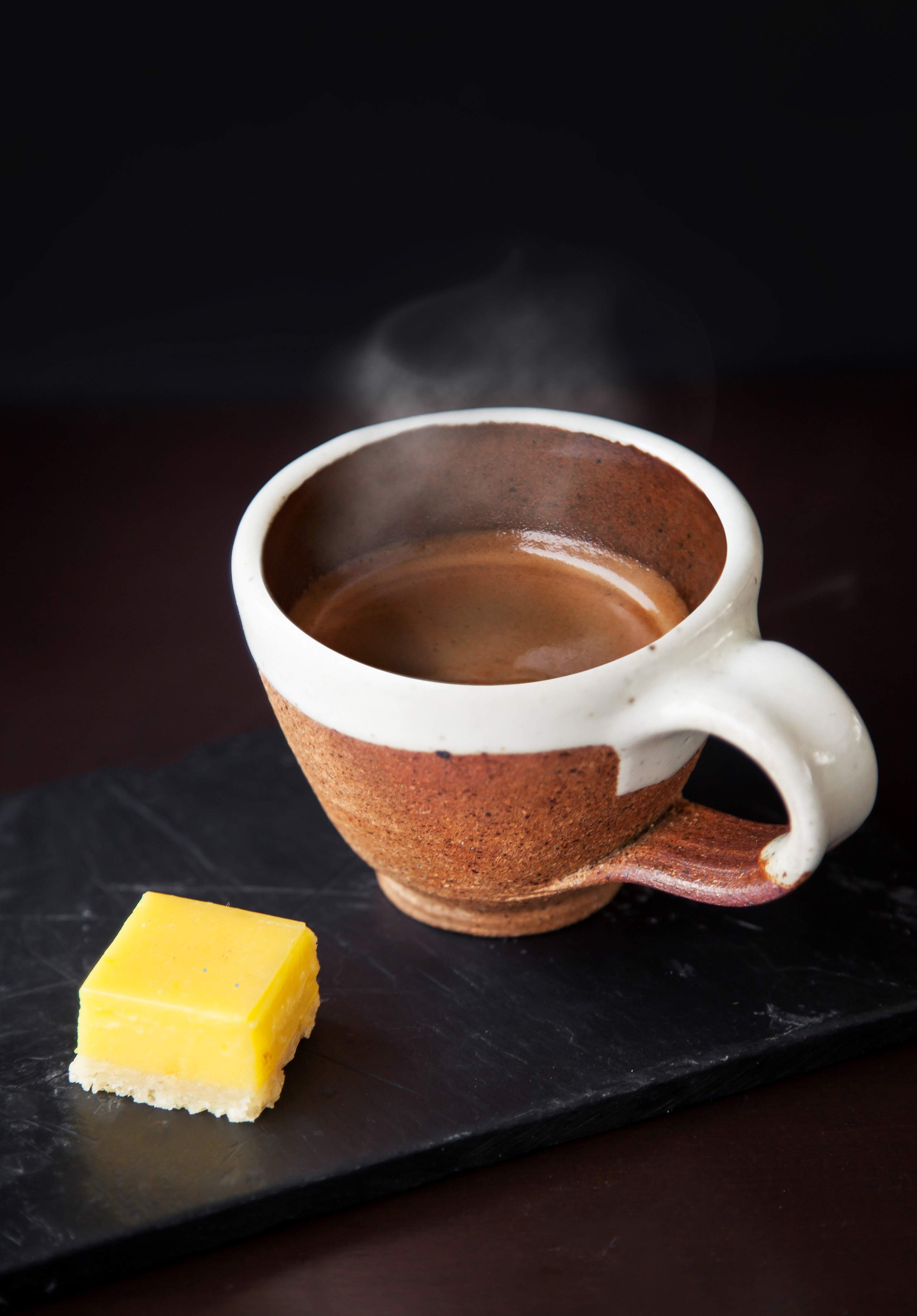 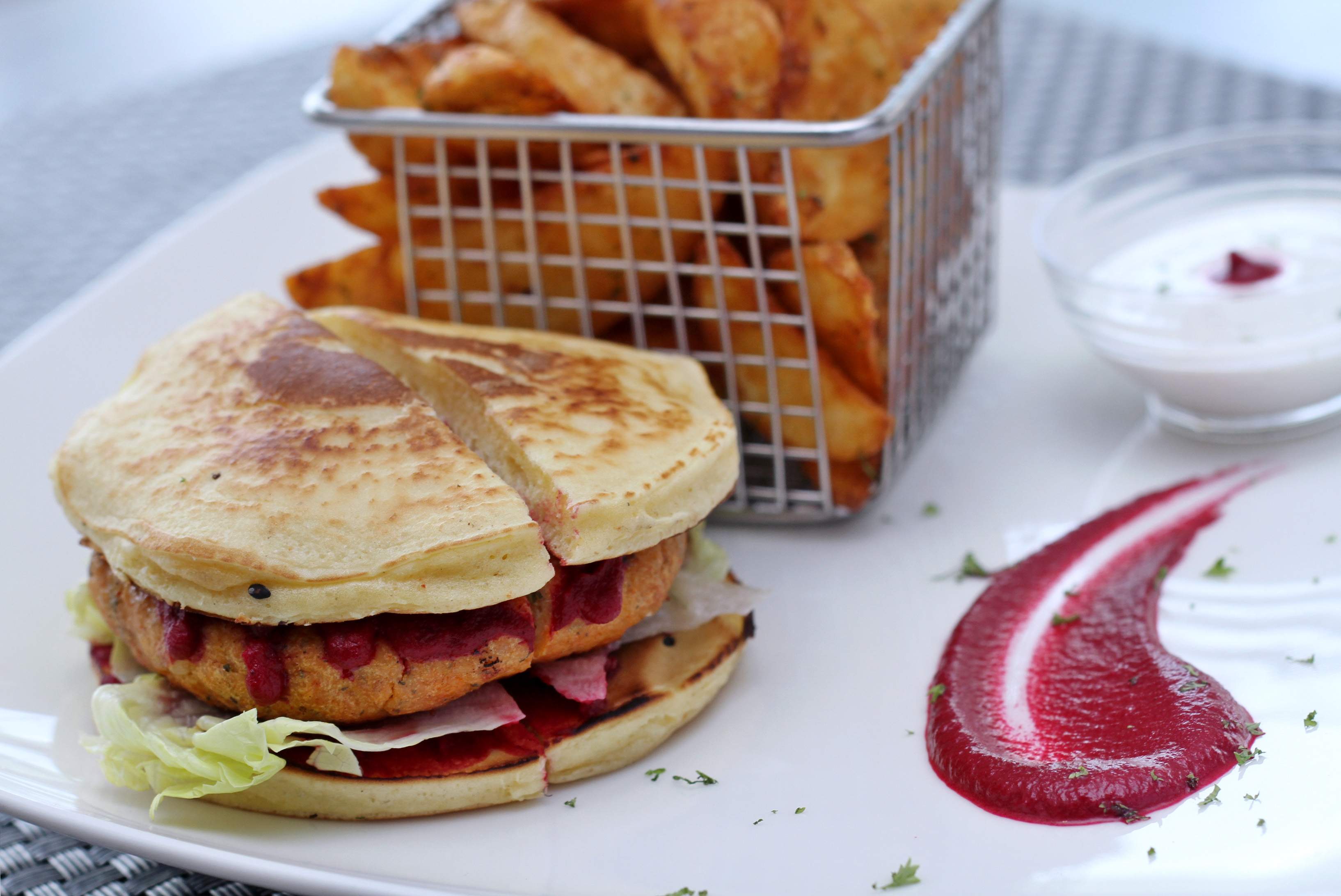 chicken that followed is a burger that has Dorayaki (Japanese pancake) in it instead of bun and grilled juicy patty with sweet beetroot sauce and lettuce on top, which treats you to an explosion of multiple flavours. A dish that resembles waffles is served next and to my surprise, I’m told it is Doffle, which is basically waffle made with Dosa batter. “This is where the fusion comes to play. The dish looks Western but tastes like our own Dosa, but with a difference,” says Arunkumar S, another partner. The triangular pieces Doffle were served with a coconut based chicken gravy with pineapple pieces and pineapple sauce in it, which despite its unusual mix of sweet and spice, tasted delicious. The rest of the gravy options also come with quirky but delightful combinations such as mutton with caramelised apple and pomegranate. The prawn pil pil, slow cooked prawns in a gravy of olive oil and spices serves as a delectable dip for the multi grain bread that that comes with it. There is a veg version with tofu instead of prawns and has mango ginger as a special for that Indian touch. Yet another dish of popular choice is the Omu rice chicken, which is delicious Japanese fried rice wrapped in an omelette. Wide range of desserts such as truffles, cheese cakes and tarts aside, what everyone must try at least once is their special housemade kulfi that come in mango, pistachio and coffee flavours. 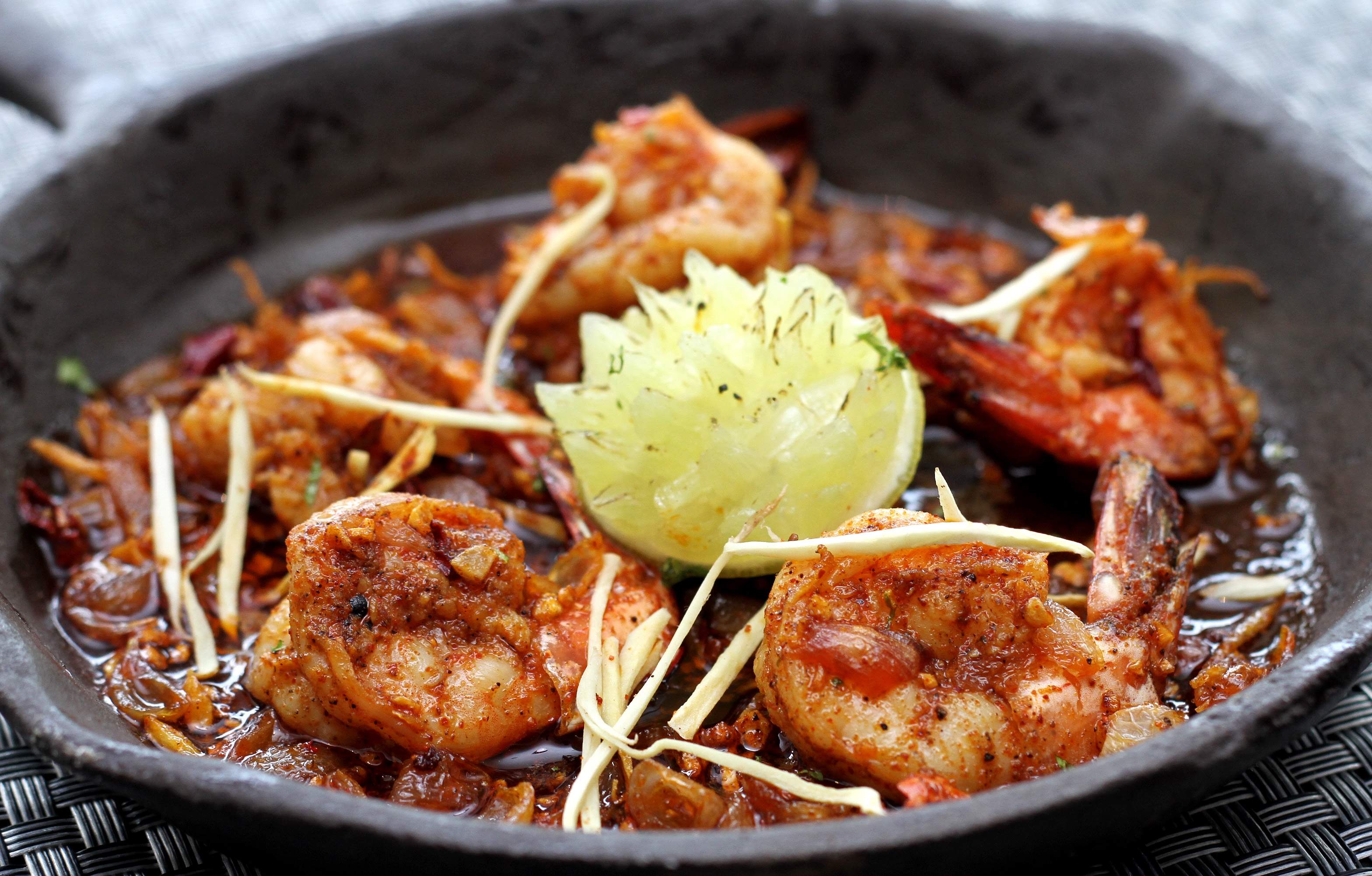