How dough you do? Chennai-based pizzeria makes Coimbatore debut

Magizchi. Now that could mean one of two things, the heady feeling that Chennai-based entrepreneur Ramanathan M S S was aiming for with the opening of his fourth pizzeria in the state or Superstar Pizza’s special dessert pizza. Just days into its opening and this 1,000 sq ft pizzeria has turned into the city’s own version of a Comic Convention exclusively dedicated to the Superstar Rajinikanth. Walking into the brand new Superstar Pizza is comfortingly familiar. Mini fresnel lights on either side of the ceiling double up as spotlights for the bright yellow mural of the Superstar himself and a timeline of the actor’s movies beginning with 1976. What stands out, however, are the walls sporting the first look poster of the movie Kaala and the brightly coloured Rajinikanth bobble-head wallpaper. As we go through the menu, we notice that it mimics a director’s script board with each of the items on the menu named after punch dialogues, songs and movies of the Baasha star, keeping the cafe’s theme in mind. 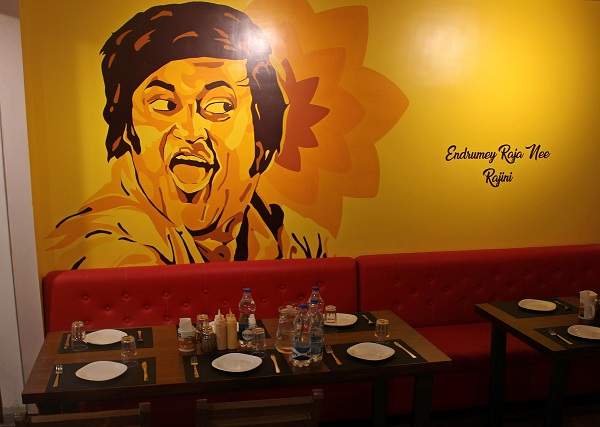 Burst onto the scene
Divided into scenes, each section of the menu deals with side roles (starters), mains (pizzas),  guest roles (pasta and burgers) and the climax (desserts and beverages). We begin with the classic combination of flavours — a generous portion of garlic and rosemary french fries, which is followed by an assortment of garlic bread —  corn and cheese, cheese and chilli chicken, corn and onion, and cheesy jalapenos and olives; all accompanied by four sauces available right on the table. “It is the small things that matter to us the most,” shares Ramanathan. “At most bistros or restaurants, customers have to keep asking for the ketchup or at times even need to pay extra if they would like another accompaniment along with ketchup, say the mayo,” he adds. To avoid all such conundrums, each table comes stocked with squeeze bottles of ketchup, mayonnaise, honey mustard and thousand island dressing. Enough to prep us for the star among the entrees — the Alfredo pasta with all its the creamy goodness. The richness of the cheesy white sauce is balanced out perfectly by the spiciness of the capsicum and a subtle sweetness of the zucchini and comes in a generous serving making for a meal in itself. On main street
For the mains, we pick the healthier wheat base with an assorted mix of toppings, each named after our favourite movie (or dialogue) — Kabali, Nerrupu Da, Baasha, Rajathi Raja and Kochadaiyaan, in no particular order. “Each topping is characteristic of the movie. Consider the Kabali pizza — with the movie being predominantly shot in Malaysia, the topping is the Malaysian staple chicken satay with additional inclusions of onions and chillis,” explains Vignesh Nagarajan, a partner at the Coimbatore franchise. For the Nerrupu Da, we decide to ditch the chilli flakes and oregano and rightfully so. While being the crowd favourite, this nine-inch pie is the spiciest item on their 30-pizza menu with a spicy chilli chicken, onion, tomato, garlic and capsicum topping. For the faint of heart, we suggest you try the Baasha, a sheekh kebab, onion and coriander special with their secret ingredient — a mint sauce base, that offsets the spice levels of the moist, succulent meat. “But if you can’t decide what to pick we have a three-hour unlimited pizza deal called Arunachalam,” shares Muthukumar Ayyavu, another partner. 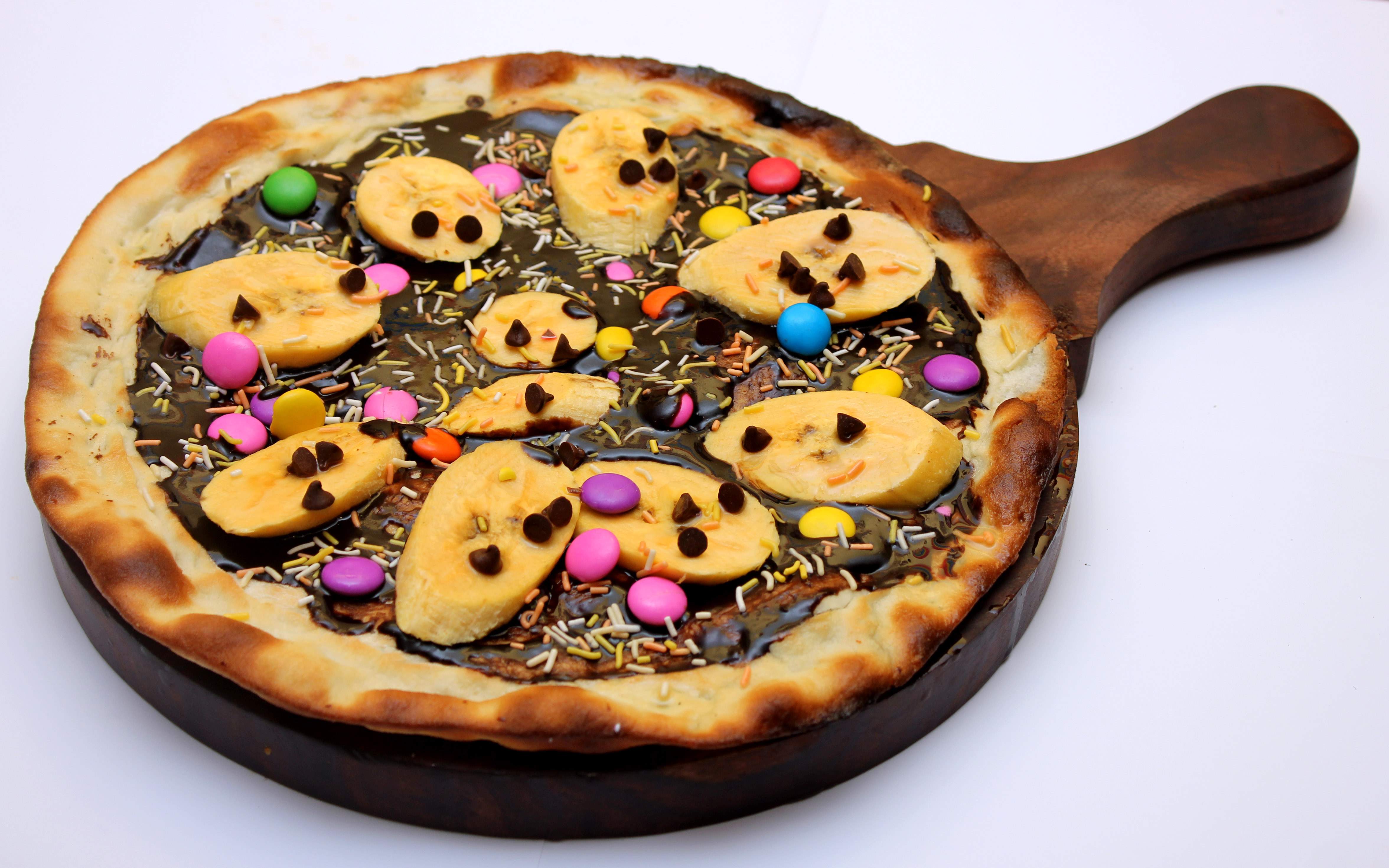 Sweet surrender
Carrying on our obsession with the 66-year-old actor, we opt for the Superstar Prasadham, over the Blackcurrant, Milo or Oreo shakes. Reminding us of the Palani panchamirtham, the flavours ring a bell with the dessert’s namesake. Though a tad sweet, the drink is a perfect ending to the fiery afterburn of the Chandramukhi and Neruppu Da.