Tamarind is still holding its own down South, says Chef Praveen Anand of ITC Hotels

Food lovers who are guilty of lumping everything beyond the Vindhyas as “South Indian” should attend the Vintage Virundhu at ITC Sonar in Kolkata. Those who are fond of anything sour, from tamarind to gooseberry, need to visit ITC Sonar. Those who have acquired a taste and appreciation for the Tamil cuisine must attend the Tamil Spice Trail that’s on till July 29 at ITC Sonar.

Praveen Anand executive chef, South Indian cuisines at ITC Hotels, is in Kolkata to give the gastronomes a feel and taste of some of the handpicked traditional cuisines dating back to centuries and belonging to the various communities inhabiting the Tamil land for ages.

Thirty-three years in the hotel industry, Anand’s knowledge and passion for Tamil cuisine made him the natural choice to head Dakshin and since then there has been no looking back.

Orchestrated by Chef Anand, ITC Hotels’ initiative, Kitchens of India is celebrating Tamil Virundhu, which is a feast of traditional delicacies retrieved from the home of different Tamil communities including the Chettinada, Kongunada, Tamil Sahibu, Thanjavur Maratha and Mudaliyar.

The result was simply delicious. As we dug into the huge Tamil Muslim thali, Chef Anand enriched us with dopes on the history of Tamil cuisine. Excerpts from the chat.

Why are you calling this festival a Kaleidoscope of Tamil Cuisine?

We have many varieties of cooking in Tamil Nadu; some are community based and some region specific. We have chosen five of them and are showcasing each cuisine for two days in this 10-day long festival.

We hear a lot about Chettinad food and cuisine. How different is the food from other Tamil regions?

Chettinad as a region is famous because of its people, the Nattukottai Chettiars, who were originally traders is salt, gems, textiles and jewellery, eventually turning into moneylenders and bankers in early nineteenth century. They were so rich and powerful that the head of their community crowned the Chola Kings up to the 13 century. By the virtue of extensive work-related travels taking them far away from roots, they imbibed many things which influenced their cuisine among others. Their food is not very spicy but nuanced. They have a host of soups made of bones and meats and cartilages and other such ingredients.

I have never eaten anything called Chicken Chettinad in any of the Chettiar households that I know of. It’s a very generic name given to a chicken preparation by someone who at some point might have had a chicken dish in Chettinad.

We see use of tamarind to be ubiquitous in Tamil dishes.

Tamarind has stood the test of time down South because of its availability throughout the year and shelf life. It’s an all-season friend in the kitchen. But there are other souring agents, too, with which we cook, such as, cocum, gooseberry, lemon and belimbi. Belimbi is again a very local fruit similar to gooseberry in texture and grows on trunk like jackfruit. It has got such a small shelf life that it has to be consumed or used almost immediately after plucking, otherwise it starts fermenting. It goes very well with seafood dishes made with fish and prawns. North India is a lot under tomato’s influence but in South tamarind is still holding on.

Which oil is mostly used in south Indian cooking?

The oil that is predominantly used in South India is Gingelly Oil or sesame oil, which is cold pressed and has a sweetish flavour that combines brilliantly with tamarind, resulting in a pickle like flavour.

What made you search for and collate the lost recipes of traditional south Indian food?

This is a result of 30 years of labour. Community based cooking is getting lost with time. The worry is, what happens when the last generation of our elders are no more. Even the elderly people no longer use the traditional methods to cook food due to many constraints, with health being one of them.

I had a personal curiousity to find out what leads to the nuanced differences in South India food despite the use of more or less same spices. This led me to all the research that I have done for the past 30 years. What you are eating today are fruits of labour for three decades (Smiles).

The food in Puducherry is so different than the dishes in Tamil Nadu, why?

Pondicherry food is the same south Indian food altered to suit the palates of their French masters. Only, no cardamom is used in the dishes cooked, since the French hate cardamoms. Also their sauces or gravies are creamy, smooth curries. Besides, we never combine two meats together, they do and they also have mixed seafood including prawns, fish and squid. We cook meat with vegetables but they cook meat with fruits. So, all this leads to the distinctly different taste. Yera-nungu, a prawn and ice apple dish is a perfect example of a Tamil and French fusion dish. There is also a delicious chicken and prawn curry, which is inherent to that region. 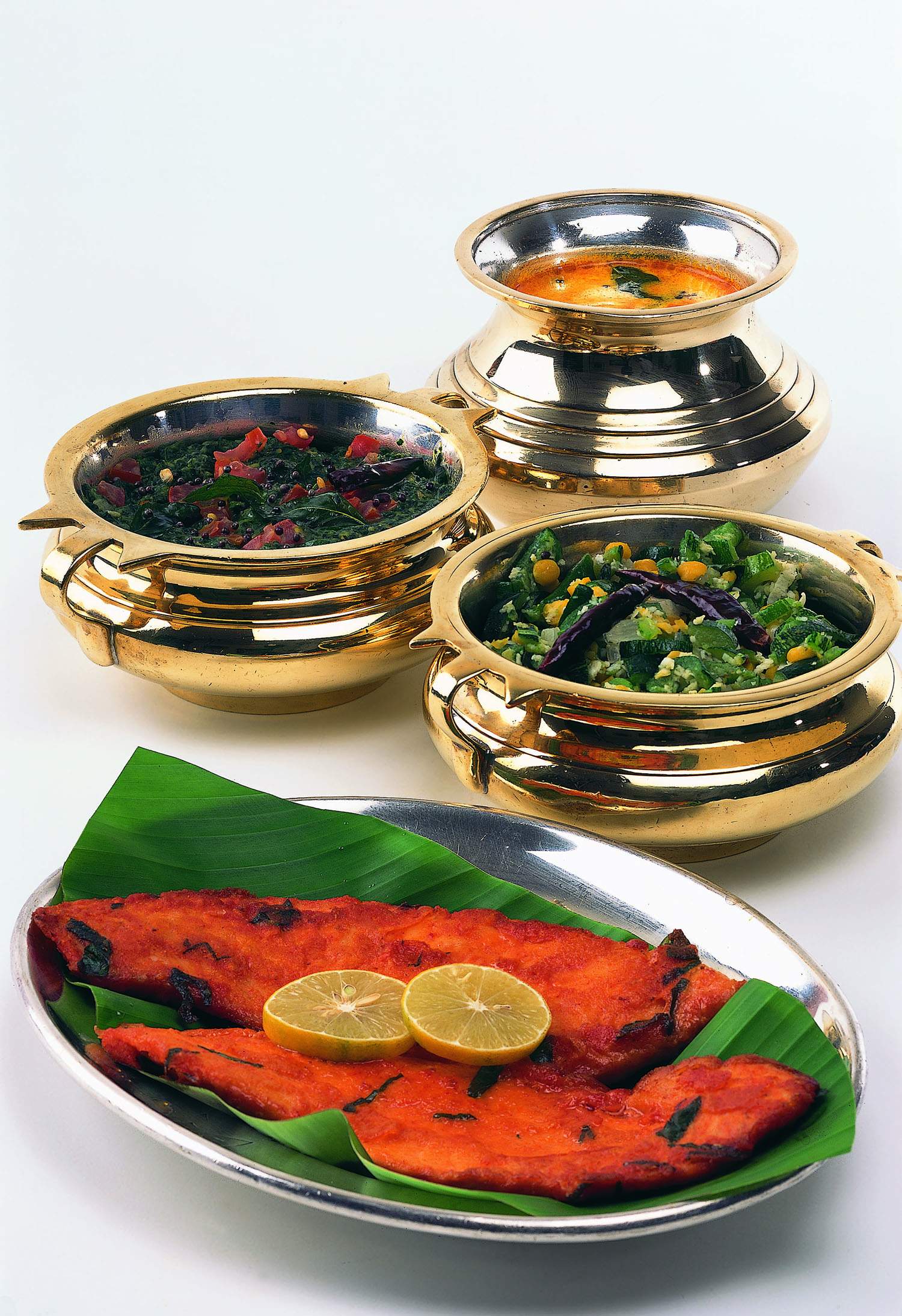 What is your favourite Tamil food and what do you eat at home?

For any chef, at home they all like to have simple food. I never cook at home and eat whatever my wife cooks. I love to eat curd rice, rasam, aloo sabji and butter milk.

Have you tried any Bengali dish? Which one is your favourite?

I love Bengali food and the other day I was tasting shukto and I loved it. It’s the bitterness and the peculiar mix of veggies that make it so very unique. In south we make a similar light curry but sour in taste, called avial and mind you, Tamil version of avial is very different from the Kerala one.

Special community thalis available on request and prior reservations