There aren’t many outlets in the city which serve lactose-free milkshakes and lassis. Smoki Ice:
The Bubble Tea Shop—a space which only uses  non-dairy creamers—can easily be mistaken for yet another boring lassi spot due to its exterior facade. Our curiosity to investigate the eatery within Infopark’s Food Court awakens right after noticing a rather outlandish trend of putting boba ‘pearls’ into cold coffee, lassi, shakes, and falooda.

“Bubble tea is a Taiwanese beverage featuring different flavoured tapioca-infused boba seeds,” says co-owner Vipin Sakria, the creative head behind the 12-cover venture, associated with Chennai-based Cha Republic. “Milkshakes remain a crowd favourite here, but we felt the boba variants on the menu could be an excellent opportunity for our patrons to experiment. Initially, we offered liquid nitrogen ice cream but unfortunately due to the ban on the hyper-cool ingredient we had to take it off the menu and introduce finger-food like fries,” he adds. 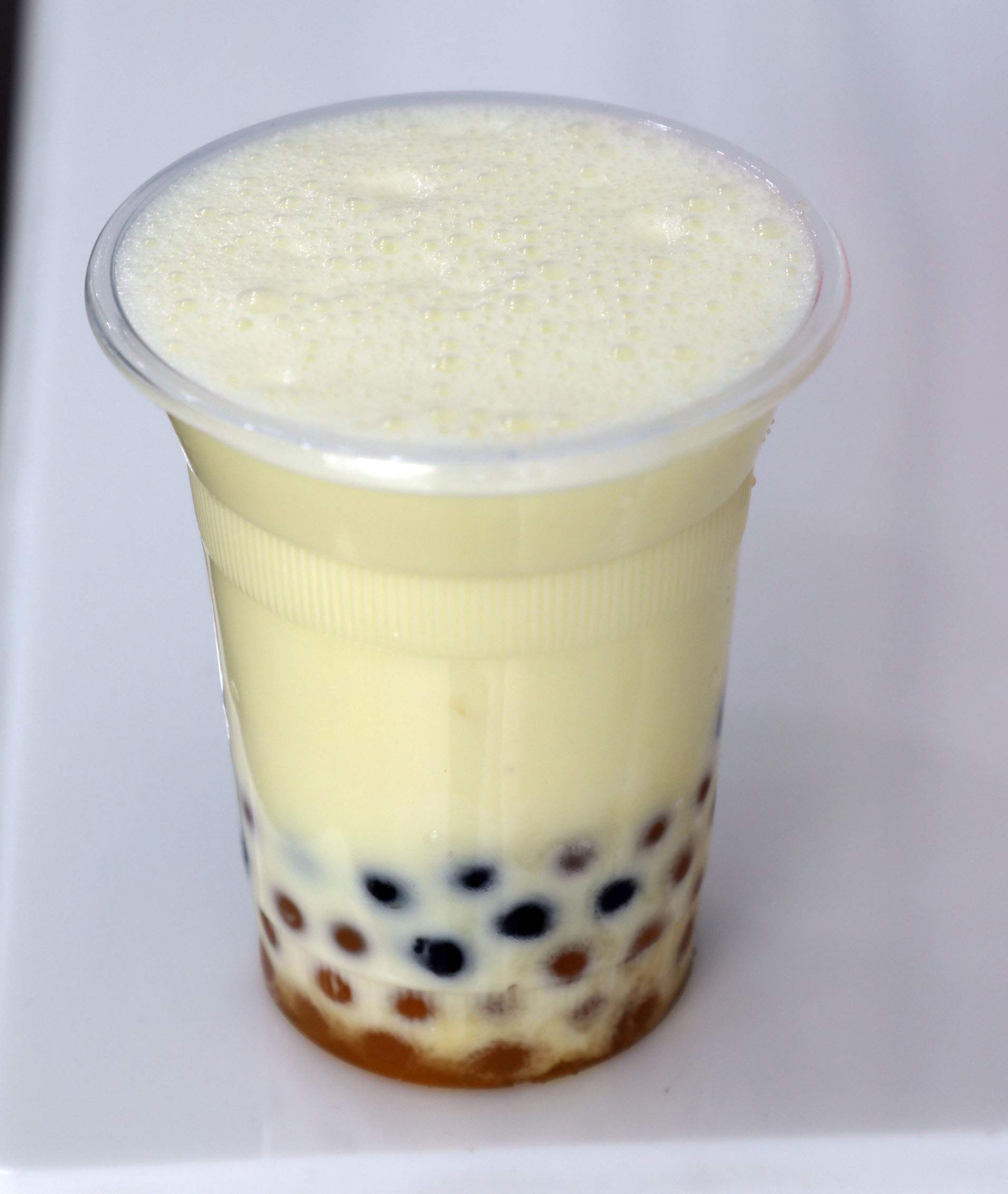 What’s popping?
When we spot black seeds on the bottom of our plastic cups filled with mango lassi, we couldn’t help but think twice before sipping the drink through the oversized straws. To our surprise, the thick drink maintained its creamy consistency and silky texture. Though tasteless, the soft and chewy boba pearls blend well with the lassi.

Compared to the regular boba, the pop balls add a fun quotient to the drinks as they burst like pop rocks on our tongue. It is also very amusing how these cold Taiwanese teas complimented their hot North Indian-style chicken cocktail samosas. Apart from this, they also provide an option of customising faloodas with chewy and translucent jelly nata de coco (coconut-based) of your choice. For those bored with the innumerable lassi outlets, these healthy-yet-satisfying beverages stand as an experimental alternatives.