Meet the desi mentalist who wants to hypnotise eve teasers

Mind reader Mohit Rao claims to see the future. And he wants to use it to make cancer patients smile. Ironically,  the audience he is looking for in particular are those that are terminally ill. “I want to give terminally ill patients a glimmer of hope using what is called future life regression,” he says. If you’re unfamiliar with the term — it is exactly the opposite of past life regression, where instead of seeing one’s past life, you witness life ahead of the current one. Instead of staring into the dark abyss of death, this Mumbai-based mentalist suggests, “Why not show people that they are in between a journey instead?”

The project is one among several others lined up this year — including hypnotising eve teasers to give up cat calling and conducting past life regression sessions for folks at their local graveyard. Always up for experiments on the edge, the latter is meant to provide the ‘transcendental’ ambience required to get people more engaged in the process. “I could do the same thing in your living room, but it wouldn’t be as exciting,” he says with a grin. After demonstrating his skills for an audience spectrum as broad based as corporate honchos, mental health professionals and star cricketers — we take his word for it. 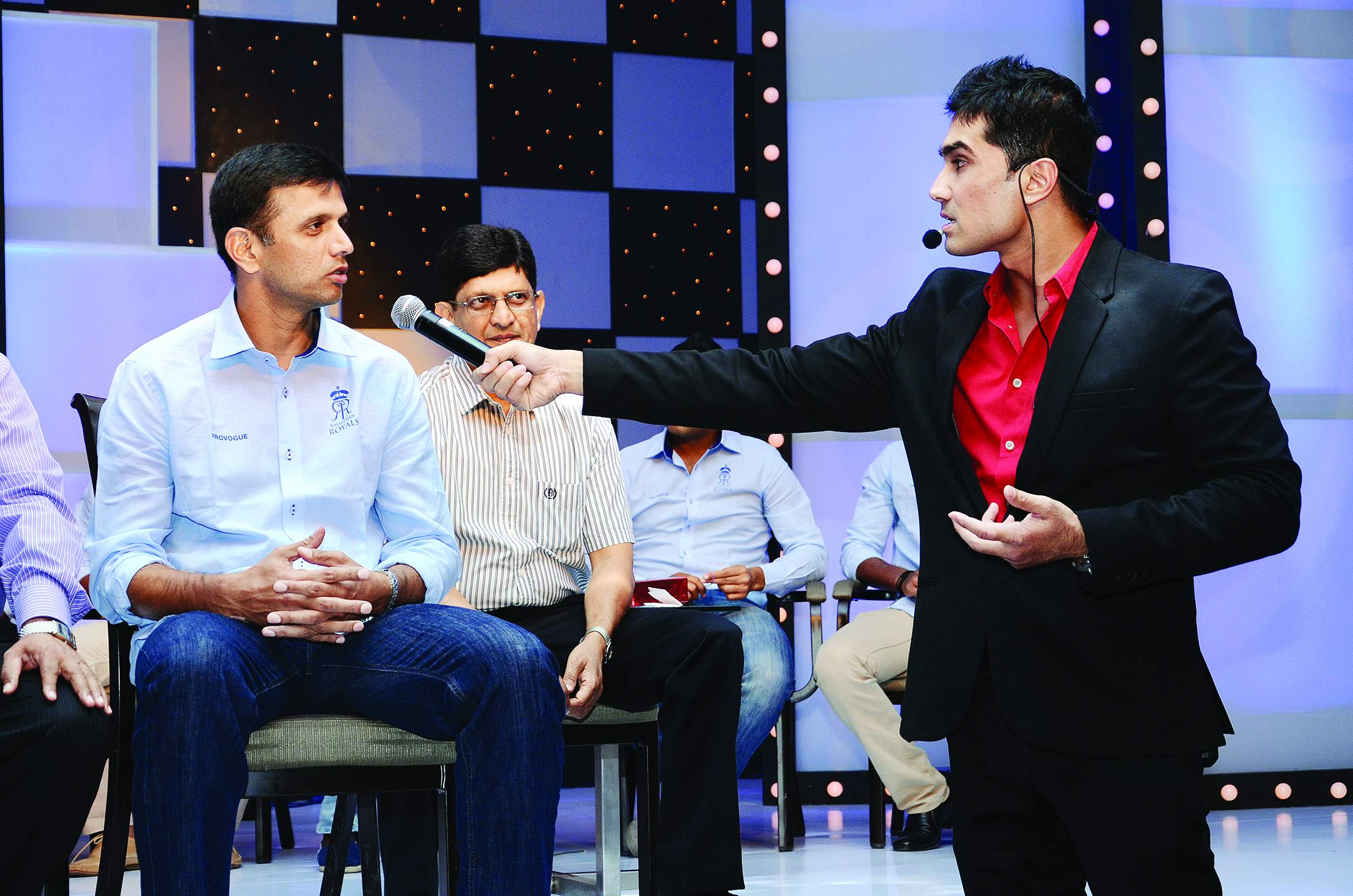 He has even hypnotised Rahul Dravid! This is a fun story. “There’s a way to sync the minds of two people telepathically — I often suggest it to couples to better their relationships,” says Mohit, offering us an anecdote of the day he invited the Rajasthan Royals T20 cricket team up on stage. This time though, the ‘sync operation’ was orchestrated between Dravid and Shane Watson. Which meant, “Every time I touched Watson, Dravid felt it — on the other end of the stage,” he recalls. Dravid, we hear, approached him off-stage later to make sure this wouldn’t happen to him everyday.

Keeping all of this in mind, it’s difficult to imagine that this 38-year-old once worked a regular job in corporate marketing. Flashback to six years ago: Mohit remembers, “My fascination for understanding the mind better actually began with a conversation at a party. This psychiatrist told me, “Do not think of an elephant. And then, he asked me not to think of two pink elephants. You can imagine what happened next.”

What followed was an obsession with books that covered psychology, hypnosis, neuro-linguistic programming (NLP) and past life regression. “I remember taking a month off from work much to my boss’ bewilderment, just to read,” Mohit tells us. For those who share the same curiosity for the mind and are looking for a starting point, he suggests, “Try reading Introduction to Psychology, which is in the Class XI syllabus. It is fascinating, trust me.”

From better understanding his wife to offering stupefied stock holders the closing figure of the BSE sensex that day — this mind reader gives us a glimpse at just how much is possible if one can shut out the chatter and master the space between the ears.