It was just a call from her father that mattered. After that there has been no looking back for Shweta Mehta. The 28-year-old Punjabi girl who grabbed eyeballs during the MTV Roadies Rising Season 14 audition. She was the petite-fit girl who stunned the judges and TV audiences when she did squats with cricketer Harbhajan Singh mounted on her shoulders.

Today, she is one among the 20 Roadies who are fighting it out to win the reality TV show, doing tasks in the jungles of Uttar Pradesh in extreme conditions. But Shweta's journey so far hasn't been easy. It wasn't a sob-saga, but it wasn't any less compared to a Bollywood film. A naive, young girl, from Fatehabad in Haryana, like many other engineering graduates in India, came to Bengaluru to pursue a career in the IT industry. But destiny had other plans for her. "After working for a few years, I realised that India has crores of engineers, and why am I doing this! I wanted to do something really different which I would be proud to tell my grand children," after this realisation, Shweta started seeking new things. She found her calling in fitness and body building. In 2015, she won a bronze medal at the Jerai Classic body building competition, where she had to wear a bikini, to showcase her fit and well-built body. "I did something that was unimaginable in my home state. So when my pictures were uploaded after the competition, I called my father and told him. He just asked me to share the images," once she sent her pictures to her father, he immediately called back. "He said I looked nice," after this call there hasn't been a U-turn for Shweta who went onto win the all-India Jerai Classic 2016. 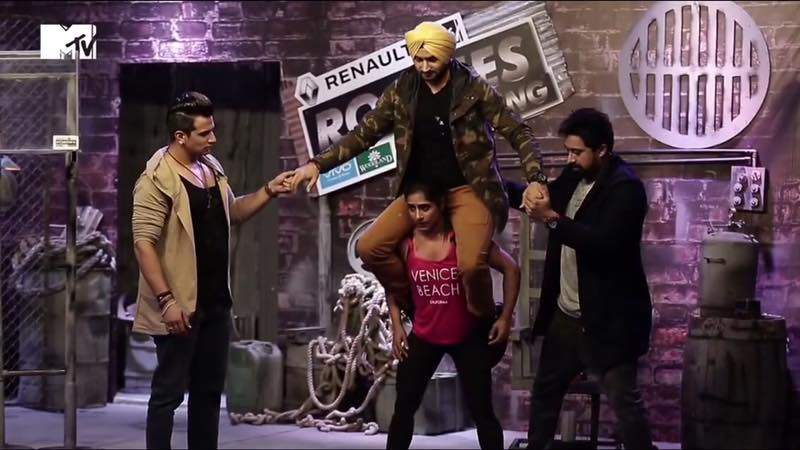 The Roadies dream
Despite being fit and strong, Shweta wasn't able to make the cut to be on Roadies XI. This was three years ago. "But when I participated in the auditions for Roadies Rising Season 14, I was a lot more confident. I walked in with an attitude - if you don't take me, it's your loss," she says, adding, "Roadies was my childhood dream and I really wanted to be part of it." The girl did make it to the final list of contestants, after she performed some unimaginable physical feats during the auditions. Currently, Shweta is out there in the jungles, competing against tough contestants, completing Herculean tasks given to her.

But she believes her bigger achievement is the change in the mindset of people back home. "My mother hadn't spoken to me for six months, after I had participated in the body building competitions. She's a head mistress in a school, her colleagues would taunt and question her after they saw my pictures in the bikini. A few even asked her if I worked at a club. But today, the same people, my relatives, my neighbours, everybody appreciates and applauds my achievement. Most of them don't know what Roadies is! But they know that I am on TV and that is a big thing for them!" she says with a laugh. As a doting sister, Shweta doesn't forget to mention how her brothers have been supporting her through out. "My youngest brother bought the air ticket for me from Bengaluru to Chandigarh for the auditions," signs off the Roadie getting back to her next task.