Under the banyan tree: Celebrating the iconic Kalakshetra arena

Amidst the crowded Thiruvanmiyur junction lies one of the premier cultural institutions of India. The Bilahari ragam from the flute, Varaveena kriti from the veena classes and Hamsadhwani from the violin corner gives you the feel of the rhythm in the breeze at Kalakshetra Foundation. Spread over 150 acres, the lush green ambience that borders the pathway inside, has the oldest of banyan trees — literally, more than 80 years, which is even before the institution came into existence. Founded by the legendary bharatanatyam dancer Rukmini Devi Arundale, Kalakshetra was formed in 1936. “During the time of its inception, the faculty had classical stalwarts such as Mysore Vasudevacharya, Tiger Varadachariar and Meenakshi Sundaram Pillai. These three along with Rukmini Devi established strong teaching and performing tradition which is followed till date,” says Pakala Ramadas, Principal, Rukmini Devi College of Fine Arts. The institute, which is known for its dance, music and painting, had the support of Gurudev Rabindranath Tagore and CP Ramaswami Iyer during the early stages of its formation. 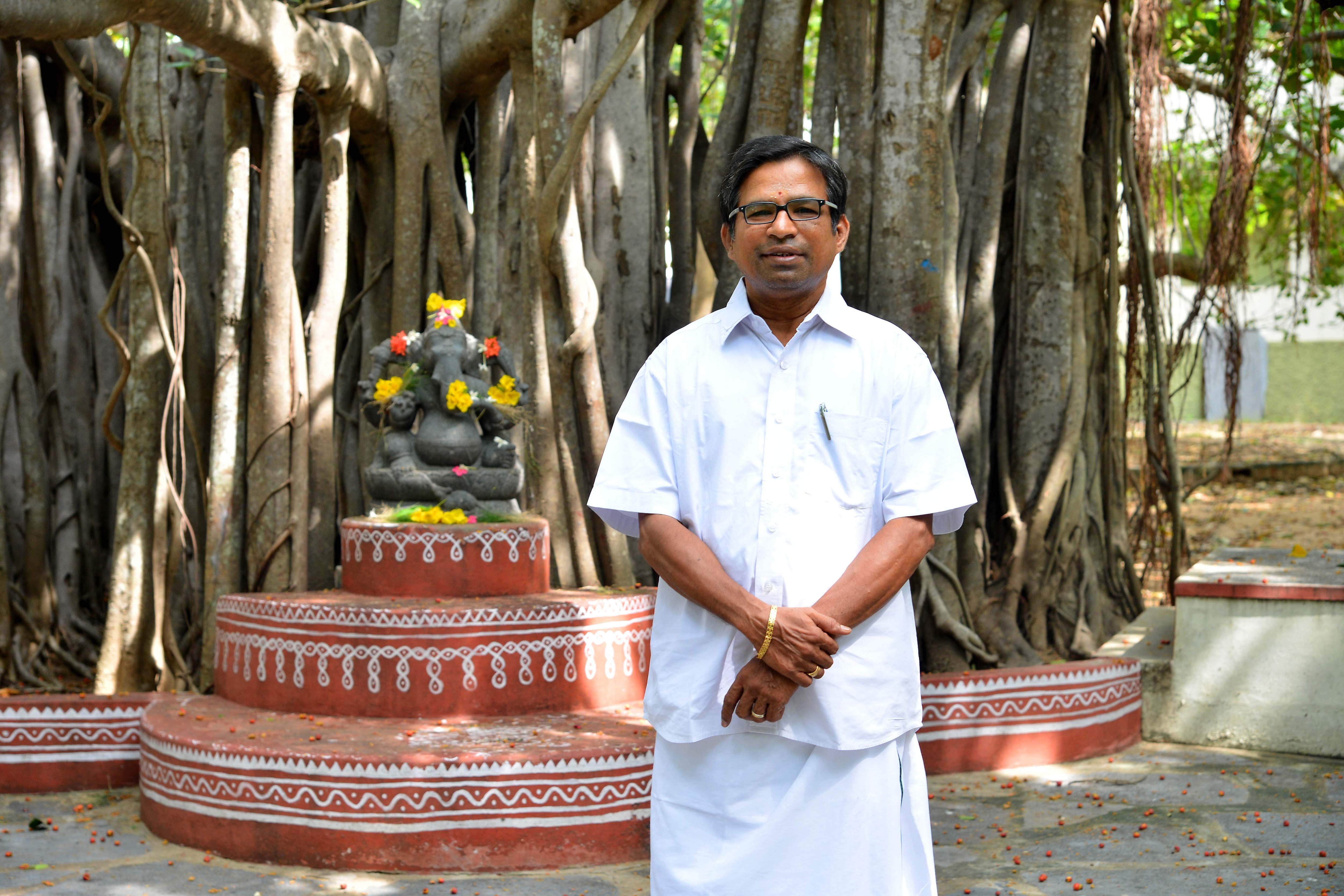 The open arena, which is observed as the prayer hall, under the seasoned banyan tree spreading its branches to give enough shade for almost 250 students and teachers assembling under it, is still the place where the day starts for every person in the institute. As the morning rays shine through the branches of the trees, everyone in the campus congregate for the prayer session. This tradition has been followed by teachers and students alike since the earlier days of the cultural school. 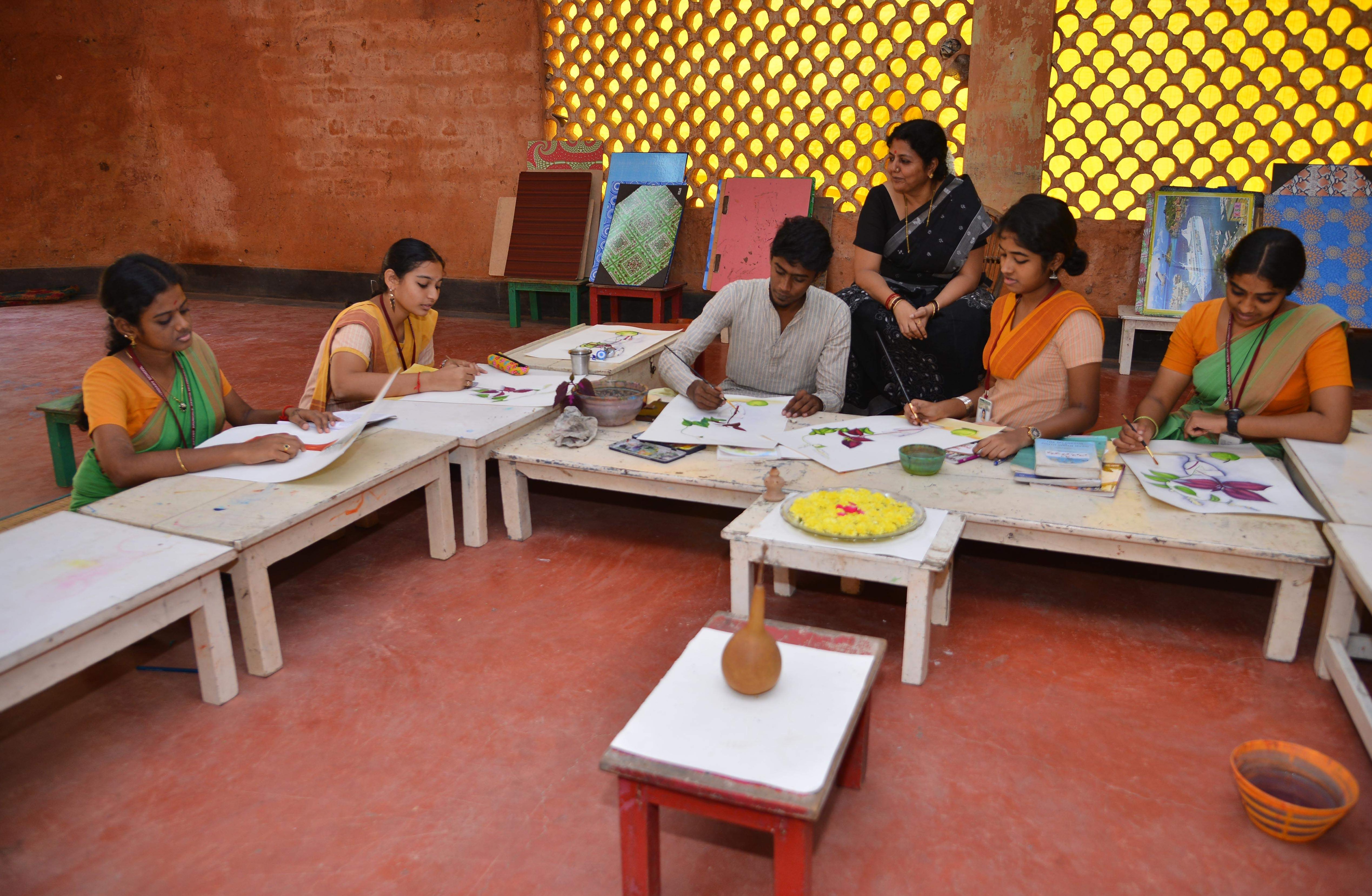 The four-year diploma courses offered here are distributed among eight semesters. “We offer different streams such as dance, music and painting. In dance, we teach the students what we call the Kalakshetra style of dance or dance drama. This was a genre that was introduced by Rukmini Devi herself. She had infused bharatanatyam with kathakali. We also have classes for violin, flute, mridangam, veena and Carnatic vocals under the music section,” elucidates Ramadas, who is also the head of faculty for violin. Among the famous alumni of the institute are Leela Samson (Padma Shri), Dhananjayans (Padma Bhushan) and CV Chandrasekhar (Padma Bhushan). 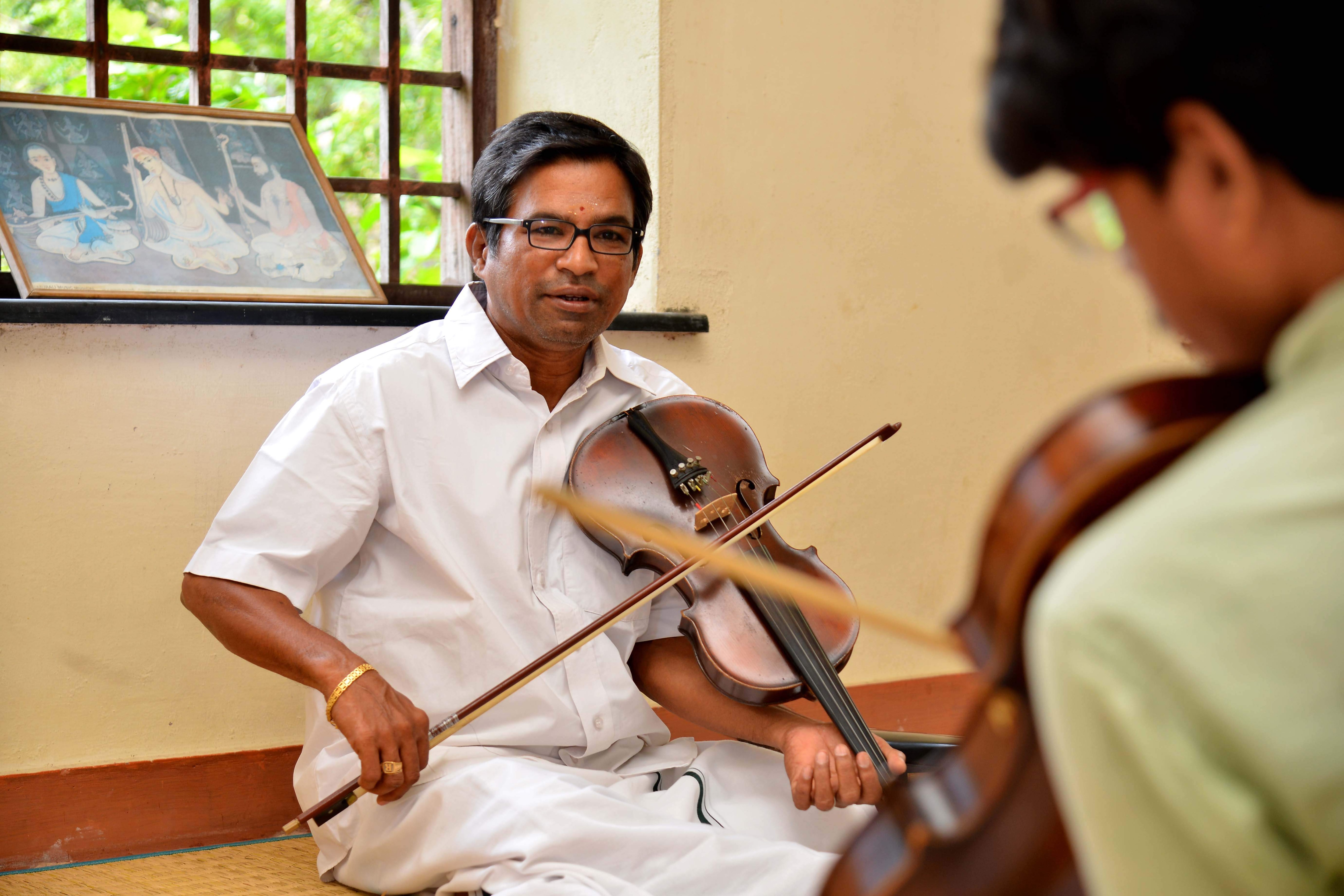 Kalakshetra has also become a venue that hosts major cultural festivals in the city. From bharatanatyam performances by renowned dancers like Gayatri Krishnaveni Lakshmanan to Carnatic kutcheris by Sangeetha Kalanidhi TN Krishnan, the institute has hosted many kutcheris in the last eight decades. “There are a lot of cultural programmes that are organised within the campus and we give our students a platform to perform at these festivals. The current batch of dance has just returned from a festival in Fiji Islands,” says Ramadas.

•   Kalakshetra houses more than 300 trees within the campus, majority of which are banyan trees.

•   More than 20,000 students have passed out of Kalakshetra in the last eight decades.