You realise life has become less exciting when movies and eating out becomes the only possible options you have while planning to hang out with your friends. While most of us of us face a hard time figuring out where to spend the much-awaited weekend, G sector Entertainment's laser tag and gaming station make for the ideal hang-out spot for an absolute fun time. “Laser tag has always been a go-to thing for me. In Chennai, you don't have many things to do for entertainment within the city limits except for restaurants and the cinemas. I wanted to start something that is accessible to everyone that offers some quick entertainment not just for the weekends but on any other day,” says Girish Subash, managing partner of G sector. 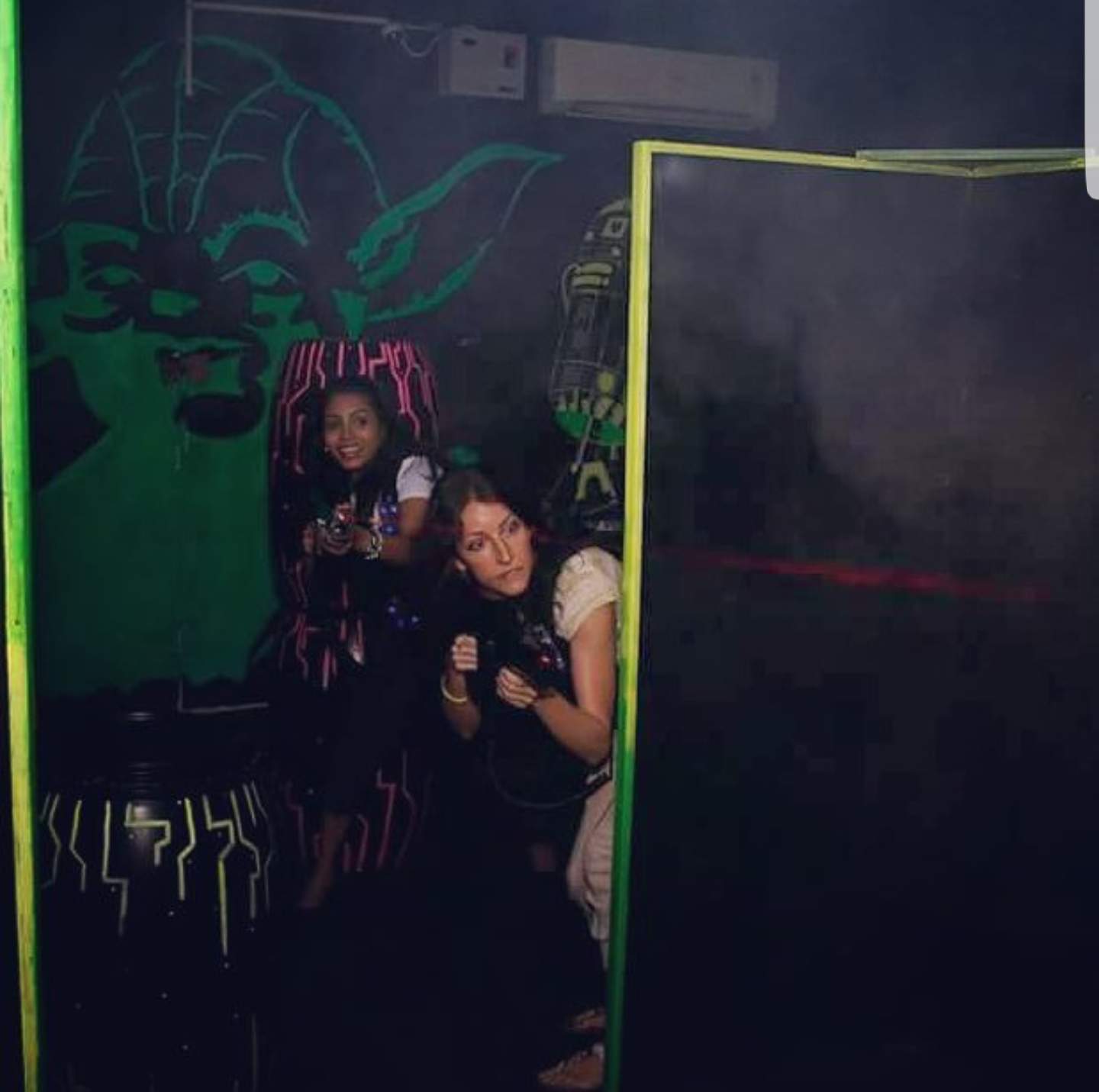 We showed up at G Sector for the game review in a group of ten. Since most of us hadn't played laser tag before, the staff there patiently briefed us about the game and its rules. From how to hold the laser guns right to where to shoot and how to hide, clear instructions were given to us before we put on our gears making us feel like we were part of a Hollywood action movie. After we picked the team names and chose our captains, we were asked to pose for a picture in our vests and laser guns which we were more than happy to do. Leading us to the arena that had an out of the world Star Wars theme, they show us our respective bases while clearing our numerous doubts. Lit with LED lights, the 2500 sq.ft arena was completely designed and built by the founder himself, we are told. They ask us to pick our choice of background music for the game and we decide to go with Bollywood. With the music, the first round began, which saw 15 minutes of chasing and shooting and running away from each other. After another round of exciting 15 minutes, we get back to check our scores to find which team won and who killed the most. Currently situated at one of the most prime locations in the city at Nungambakkam, G sector offers laser tag, PlayStation 3 and PlayStation 4. The three-year old arena attracts at least 60 to 80 gamers a day, we learn. “Our arena is three years old and has been doing pretty great without any promotions or marketing. Everything works best on word of mouth. People who once visited were always seen coming back with more people,” says Girish while admitting that the arena’s best quality is its location. Having plans to expand in India and abroad, their second branch at Mayajal, ECR is set to start functioning by the beginning of August. “The new branch is not very different from the former one except we are changing the theme of the arena slightly. Since we didn't want to stick to a generic design, we have explored the possibility of minimalism and abstract art this time,” Girish added. Having conducted the Summer Cup 2017, earlier in June their next laser tag tournament, the Winter Cup 2017 will be held later in December.