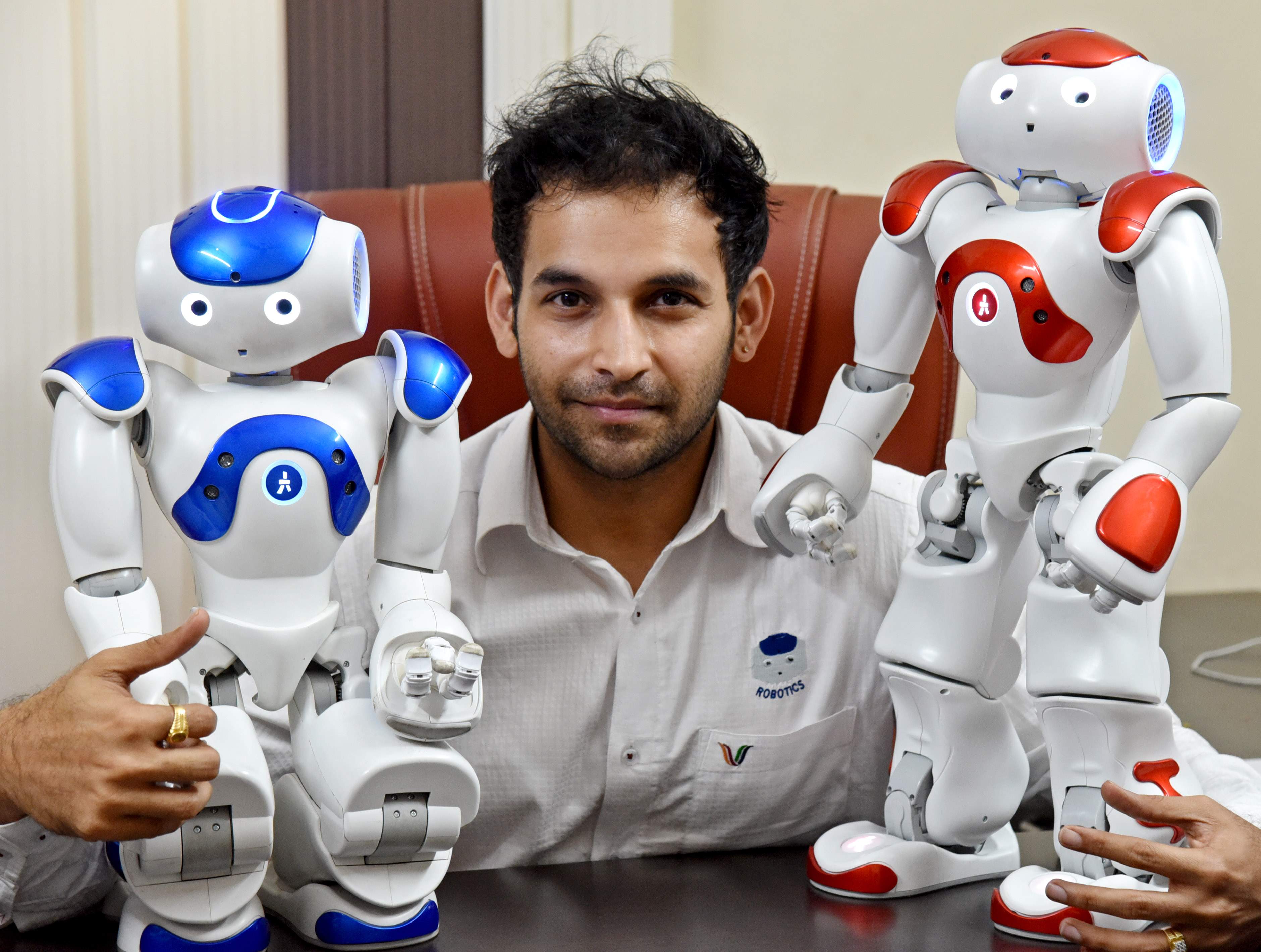 Vijay Shah, the Coimbatore-based robotics engineer tells us that very soon people will start depending on robots for a better way of living. It is not a tall claim – he has three robots at home. In fact the 38- year-old’s claim to fame is the NAO programmable robots that he manufactures for the banking, educational and health care sectors. What’s more his company (Vishnu Engineering, that manufactures programmable humanoid robots)

collaborated with the Jet Pack Aviation of the US to bring us personal jet packs that enables a person to fly up to the height of 18000ft with in a range of 100 km per hour. “India has started making robots and with highly advanced technology. Earlier, we hardly ever thought about the possibility of making a robot. I come across a lot of youngsters who are keen to pursue robotics. Its just that the schools and colleges need to provide them with proper guidance and resources,” says Vijay who added that the NAO robots they manufacture are capable of speaking over 20 languages and can possibly deal with any questions you ask them. However, ask him if the humanoid robots will take up the jobs and roles of real humans and he retorts saying that robots are only capable of being a part of human life and never a replacement.

More than 200 NAO robots have been developed by the company so far and are being used in the educational institutions of Coimbatore such as Avila Convent Matriculation School, PSG Institute of technology and  Kumaraguru College of Technology to teach and interact with the students. Being used in the City Union bank branches in Chennai and soon to be launched in its Coimbatore branches, Vijay says the company is planning to manufacture 50 more of such robots for banks alone by the end of August this year.

Robots from 10 lakh onwards from viseindia.in