All eyes are on Mira Erda, this season. India’s youngest female formula racer has signed up for JK Euro series that features the BMW FB02 car in the upcoming JK Tyre-FMSCI National Racing Championship, to be held in Coimbatore. Motorsports could be dangerous but at least it is better than racing on roads risking your life as well as the others. In this sport, one gets to see the real power of a car in a closed circuit while not risking anyone else’s life,” says the 17-year-old who will be among the youngest Indian drivers to compete in one of the highest classes of Formula racing in the country and adds that this is a baby step towards achieving her ultimate dream to become the first female formula one driver in India.

“Seven years back when I started racing, the first few days were horrible because the guys didn’t like having a girl in their territory and obviously hated to lose to one. They would try to push me off track and mess with my race. But once I started winning over them, they realized how competitive I was and started seeing me as an equal,” says Mira, who added that she owes it to her parents for mentally and financially supporting her in her career. Growing up watching races in her father’s own racing track (Erda’s Racing Academy)  in Vadodara, Mira was drawn to this sport even as a kid. “I think for  girls who are not from a similar or better background, to get exposed to motorsports with proper family support will be a little harder than my case,” Mira says while admitting that a woman racer’s career most often depend on how her family sees it and whether or not they want her to make a future in it. 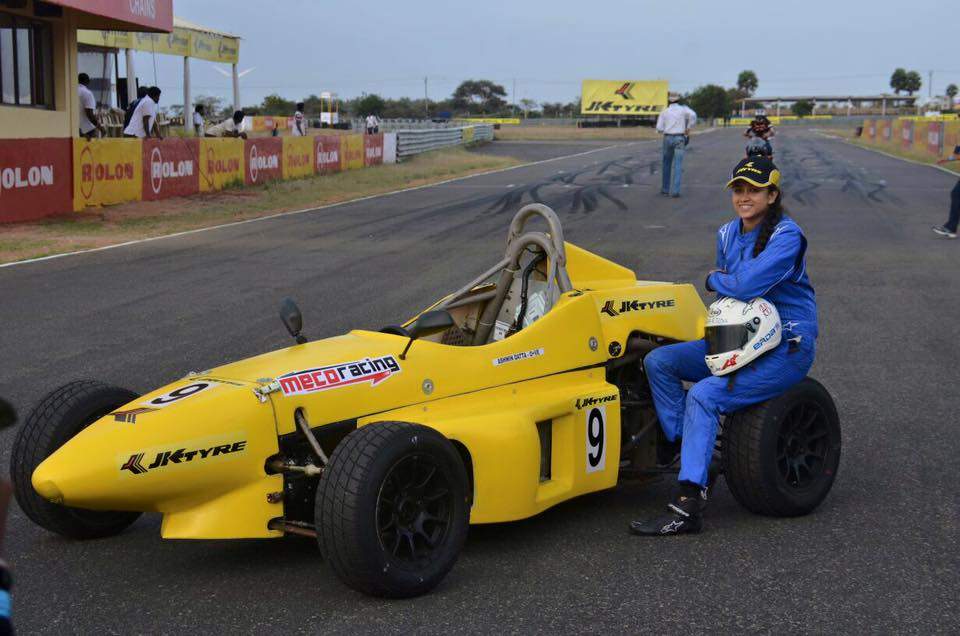 According to Mira, Motorsports in India, is at its best right now. “Be it in races or cars, some sort of innovation is being brought every year, just like how this year we got the BMW cars with hand shifters. Such developments are great so that now the racers here don’t have to go abroad for better practice,” says  Mira who trains over 20 students in Erda’s Racing Academy.Having won over 60 awards including the FMSCI award for outstanding woman in motorsports earlier in February, she says she has always pushed herself harder for the best results to prove to people who find it hard to believe that women too can excel in motorsports.Talking about the pressures of failure, she says she is only pressurised when she is off track. “When I’m on the track, I forget everything and enjoy the race and I think that matters the most,” she adds.  On her role model, British racer, Lewis Hamilton, she says his driving techniques and attitude towards winning have inspired her since the beginning of her career. “I would take it as a privilege if I can inspire someone to follow their passion no matter what others say,” says Mira, adding that that her future plan, other than racing includes getting a degree in sports management.