Author and former diplomat Shashi Tharoor has a rather large following on social media. From falling prey to a typo to teaching people how to diversify their vocabulary, Tharoor has done it all! It's really not surprising that he gave a fun reply when recently at the Delhi Pride Parade, a boy asked him to marry him! 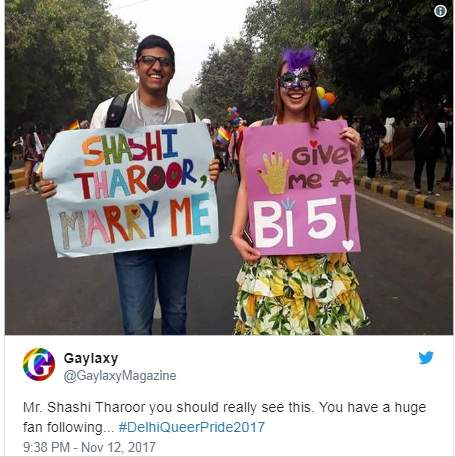 A picture of a boy, with the Twitter handle Surya HK, holding a chart paper that read, “Shashi Tharoor, marry me” was posted on Instagram on November 13. Sharing the picture, Tarun Bora, an Instagram user, wrote, “And it’s not only him” on November 13

This had Tharoor's attention and he even had the perfect response to this. “Mr. Shashi Tharoor you should really see this. You have a huge fan following,” read the tweet to which the Tharoor replied, “Haha! Now if they were only registered to vote in Thiruvananthapuram, it would be even better!” The response won him respect from alot of people on social media and the crowd appreciated the author. 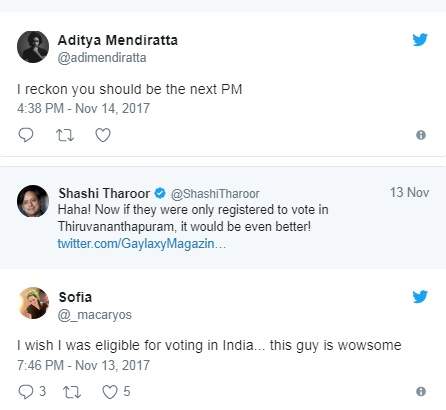