Be a part of history with heritage walks through Georgetown

While George Town is a glorious testament to what the British Era left for the city, so many of us don't know the stories behind the architecture and town's blueprints. Last Saturday, aspiring architects from Da Vinci School of Design and Architecture gave us a history tour of the area, with focus on civic issues the area has been facing. The morning walk started at 8 am from Armenian Street and ended at Coral Merchant street, while the afternoon walk started from Lingi Chetty street and ended at the Armenian Church. The walk saw around 60-70 people joining in with the students who were divided into different teams - a history team, physical team, housing team and a visual team. The visual team was the most exciting to engage the public with proposals for a wall painting, a George Town tourism map, street heirarchy and a sheet based on Kevin Lynch Theory (This involved mental mapping and point-of-view planning by the famous urban planner Kevin Lynch). 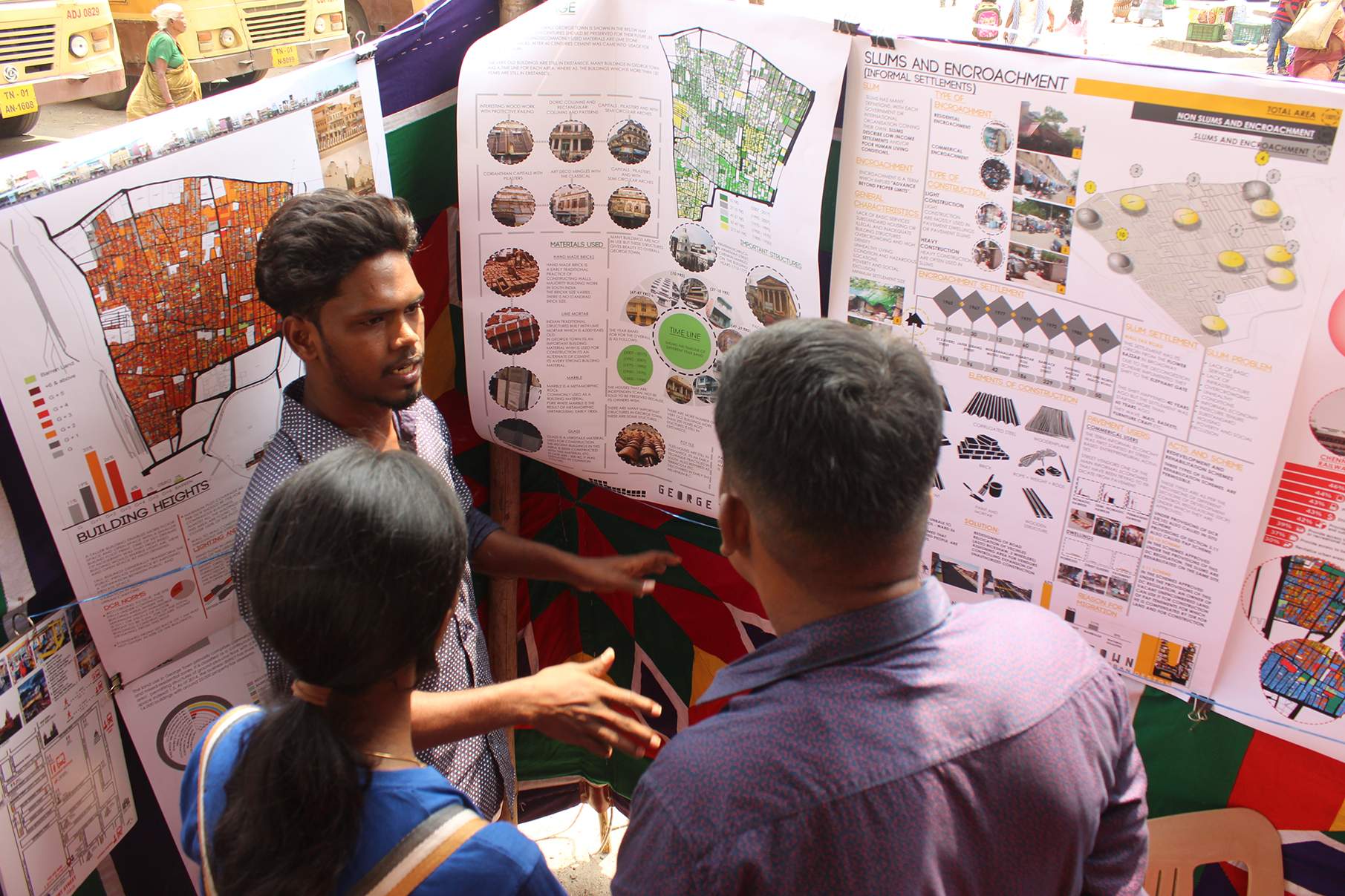 Sharon Ashley, one of the architects who organised the walk says that the beauty of the area is that it has the most prestigious buildings in the city. "Places like Gokhale Hall (YMIA Building) and Binny Building hold so much history in them, that they should be noticed and preserved. Many temples like Kachaleshwar temple , Mallikeshwarar temple, Krishna temple, Chennakesava temple that are around 400-700 years old are left unrecognised," says Sharon. "The fact that there are many communities in one small area makes it even more fascinating. The Marwaris and Jain communities in Mint Street, Chettiars in Coral merchant street that was once a home to many Jews, Muslim communities in Mannady and the Burmese community in the Burma bazaar make Chennai even more diverse than we think."