It's almost like a verse from Van Morrison's Moondance — "Well, it's a marvellous night for a moondance; With the stars up above in your eyes". Cut to a group of artists who have been collaborating since 2008. But here's what's unique about them — they work only during nights. Christened 'Art of the Nocturnal', JCVaz art movement is a free-spirited creative group that undertakes projects such as commercial art, installations and murals. Joyston Christopher Vaz (JC Vaz) who heads the movement was a student of visual communication at Loyola College where he met Rohith Abraham and Shaun Dsa, now creative director at Whoa Mama Designs. "After a year of advertising, I got my first public graffiti piece where I drew Rajnikanth and Marlon Brando." While Joyston painted, his friends hung around and bounced ideas off him. They soon became part of the process as they began documenting it.

Rohith Abraham, who is a musician and producer, says, "I suppose you could call us the Nocturnal crew. We hang out, collaborate, brainstorm and then return to work. I feel Chennai is very receptive to the arts and the independent art scene is changing," He also mentions that establishments like The Grid, Wandering Artist and Humming Room are now promoting the scene and the public is actively playing a part. 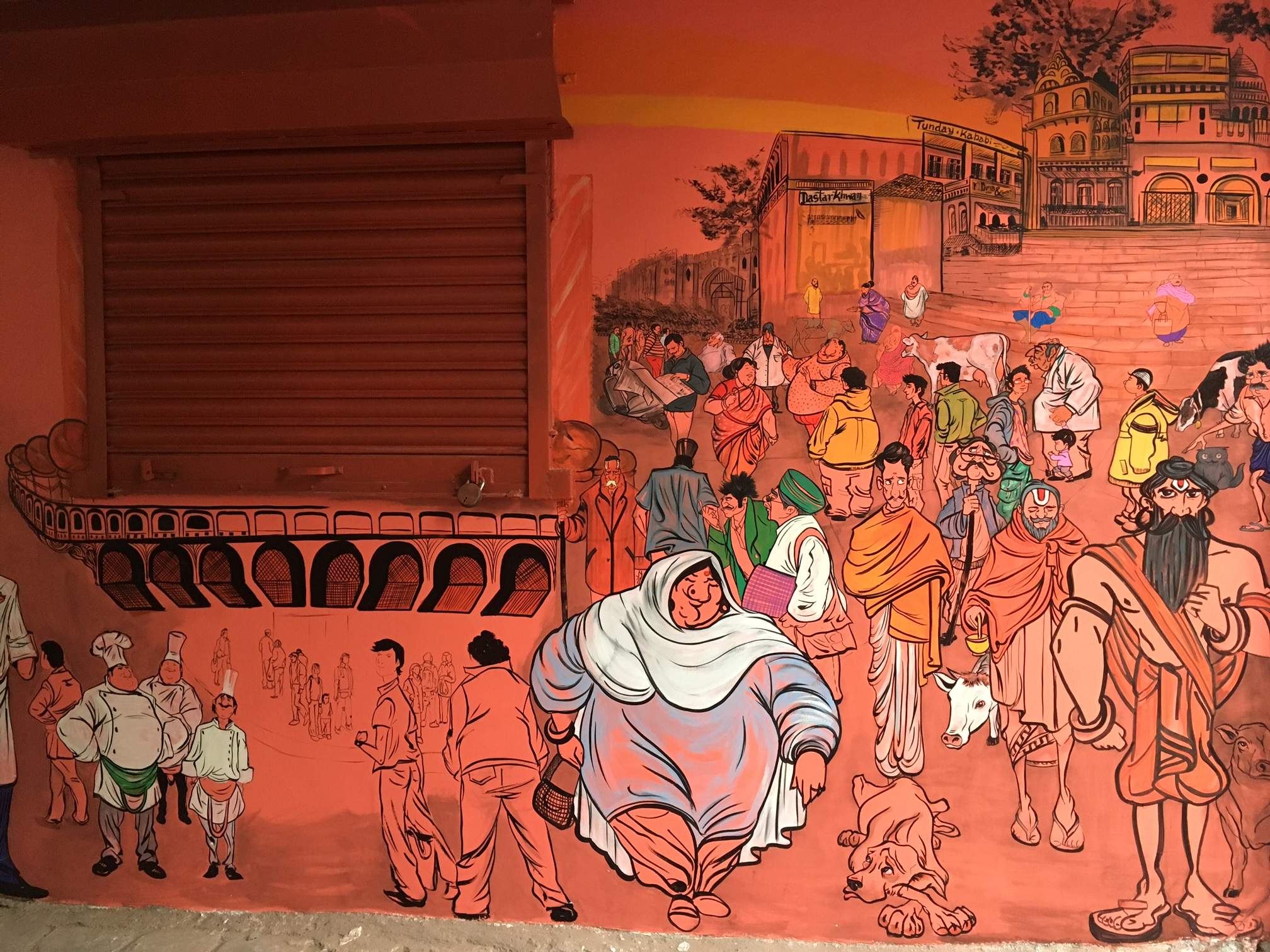 "It became a way of telling a story in the night," says Joyston when asked about the process. "The best part is the spontaneity. I do stick to the brief with regard to colours and shapes, but whatever comes on the wall is completely different from the actual idea." Joyston's most detailed piece called The Grid took him 22 nights to complete. Inspired by the sketches he did of birds and animals, Joyston designed the artwork around the concept of people’s magnetic pull and the process of elevating oneself to gain better consciousness.

Joyston has an on-going piece at the Autodrome building on Mount Road. "It’s experimental in terms of technique and trends. We are incorporating holographic paint, a multi-coloured palette that's loud and bold. I am working on the doors and the shutters; so you're going to see the artwork when it’s shut." JCVaz art movement brings a little bit of everything to the table. With Rohith's music and Shaun's tech expertise, they are a wholesome, no-holds-barred collective that you've got to watch out for!