On a visit to Chennai in the year 1988, a young New Yorker fell in love with the charm of the city, its tradition and culture. He eventually came back and in 2007 started the World Storytelling Institute, an organisation that first started out as an NGO. With numerous workshops, storytelling and arts training, Eric Miller’s World Storytelling Institute became the nucleus for stories and epics. It's been 11 years since he started the institute and it wasn't until 2013 that the Chennai Storytelling Festival came into the picture. Into its sixth year now, the festival is now back with a diverse set of storytellers all ready to tell a tale 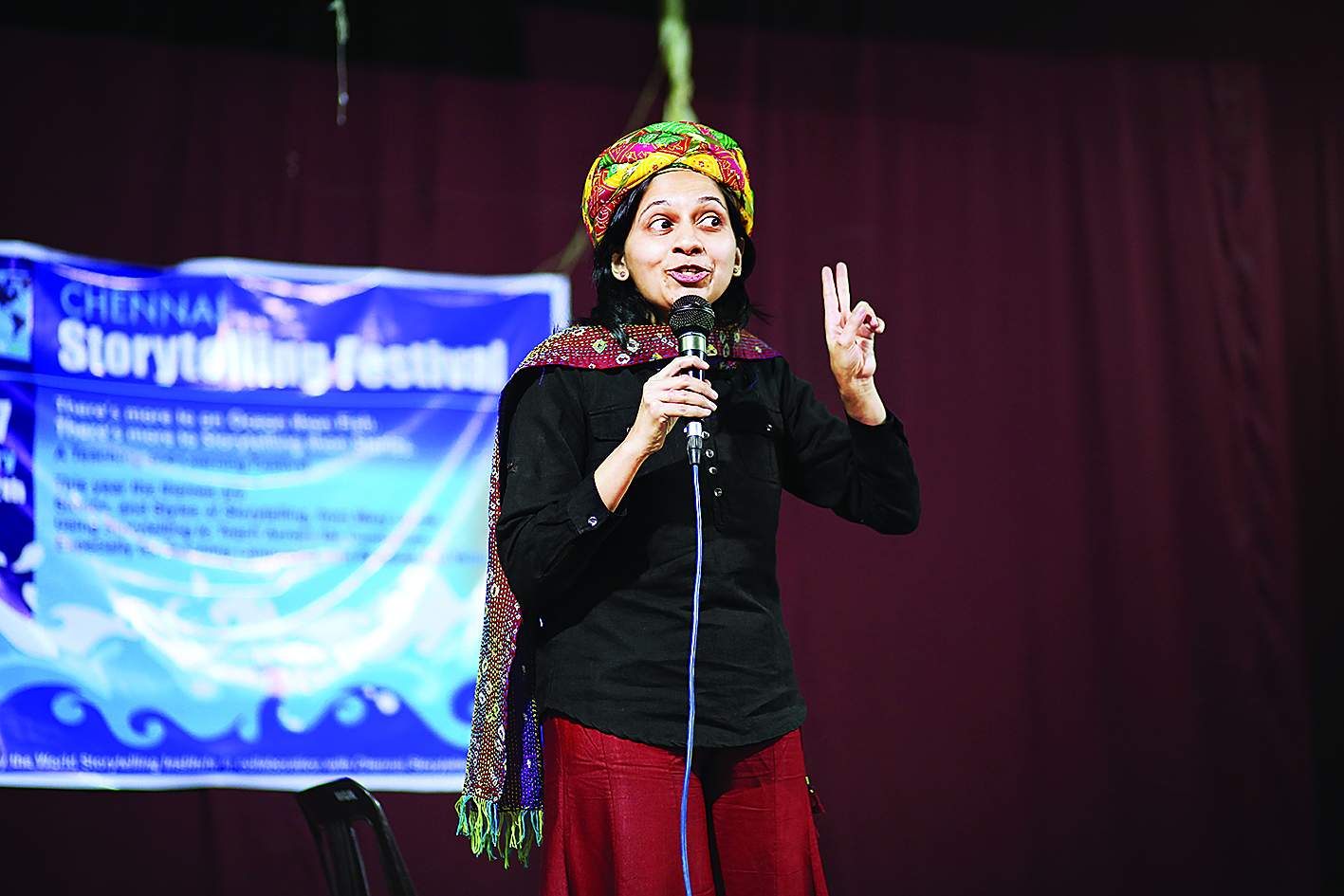 "The objective is to use stories to teach," says the Director of the institute. "And we use stories for healing, for therapy and of course we train people to become professional storytellers.We have performances for the festival, but for me it's primarily workshops that's important. Be it for the teachers, students or parents storytelling is a process of communication with a little bit of acting." Every year, a different mentor comes for the festival, trains and conducts workshops. This year, the opening performance of the festival will have California-based storyteller, Cathryn Fairlee as she enthrals the audience with her stories from China and Ireland. A leading member of USA's professional storytelling community, Cathryn's topic  '"Folktales from Around the World about Strong and Clever Girls and Women", is going to be a sure-fire head turner at the festival. “I will be telling stories focussed on powerful women and also teaching parents how to tell stories to their children,” says Cathryn over a phone call. “What I am looking forward to is enjoying people listen. If you’re not listening, you’re lecturing.  Have a relationship with listening, whether you’re a parent or a teacher. You don’t talk at them, you talk with them. My aim is to explain that listening is a skill.” Cathryn has been narrating the Mahabharata for ten years after witnessing a performance of the epic in London. “The first time I saw it, a woman from Andhra Pradesh was performing it in her language, with musicians around her. She had so much energy and I heard that she was learning since the age of eight. I was so moved that it made me want to read it, and do research. Eventually, I produced a CD that introduced people to the epic.”

Sandhya Ruban, who co-founded the festival along with Eric says that the idea behind the festival was to bring storytellers together as most of them didn't know each other. She's also relieved that it's come to a point where storytelling is not related to kids alone. "It's a lot different this year and the themes are quite unique. I am doing a session on myths, legends and real-life stories of women in West Asia and that's going to be quite interesting." Sandhya points out that most of the introductory workshops are now evolving into specialised workshops where there is a demand, making storytelling a need-based entity. She asks the audience to watch out for a special segment in Tamizh titled Tamizhil Kathaigal Ketpom. Catch the Tamil segment on February 4 from 4.30 pm at Storycorner at Bookmine, at Harrington Road

Storytellers will fly in into the city from New Delhi, Ahmedabad, Mumbai, Kolkata and Pune, with Bengaluru and Chennai being the two leading centres. Each night seven storytellers will perform, each with ten minutes for themselves. "Over the years, I think we've raised a lot of awareness," says Eric. "India has got a wonderful cultural background - with its epics and mythology. We are now leaning towards inventing our own style of storytelling instead of reviving it." The storytelling community has grown since then and is now a group of 400 members, some of whom meet once a month and coach each other. Find the whole schedule on storytellinginstitute.org

The festival will be inaugurated today at 5 pm at Andhra Mahila Sabha and will be on till Feb 11, 2018