Here's how Chennai celebrated the 10th edition of the pride parade

Last weekend saw Chennaiites out on the streets holding flags and placards as Chennai celebrated its 10th edition of the pride parade. Hundreds of people reportedly took to the streets to demand equal rights for the LGBTQ (lesbian, gay, bisexual, transgender, queer) community.

Residents reportedly gathered at Rajarathinam Stadium in Egmore and marched with rainbow flags and posters which read ‘love is too beautiful to be hidden in a closet’, ‘the power of black in my rainbow’ and ‘queer and proud’ among other slogans. 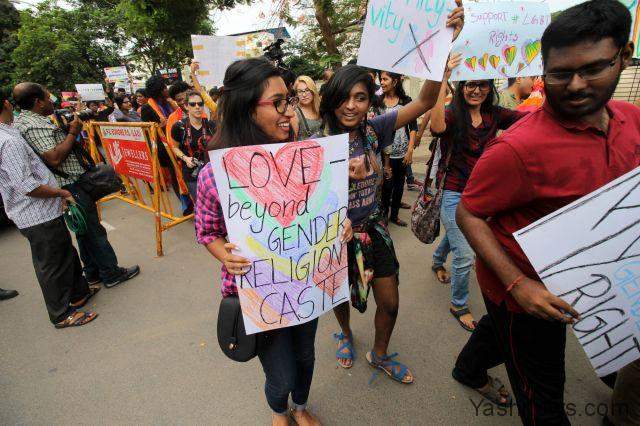 June is globally celebrated as Pride Month. With thousands of people marching in several cities around the world, Sunday also saw pride marches in cities such as New York and San Francisco.

The pride movement began in 1970 in Chicago, in order to demand legal rights, such as same-sex marriage, and dignity for the LGBTQ community.