What started out as a Women’s Day activity has turned out to be a tragedy as several trekkers from the Chennai Trekking Club and those from Erode and Tiruppur got caught in the middle of a raging forest fire in Kurangani Hills, at the Bodi foothills. The fire claimed nine lives so far and seriously injured another 11 of the 36 trekkers that had gone trekking.

While the reason behind the fire is unknown, Pradeep John or more popularly known as Tamil Nadu Weatherman chimed in saying that it seemed to be fresh fires and it would’ve caught the trekkers by surprise. He tweeted saying, “I could not see past fires in the area in last 90 days with the available forest fire tracking sites. With depression brewing in the Equatorial Ocean south of Sri Lanka and Maldives, there is a chance of light rains in the area around Kurangani tomorrow where fire is blazing, I don't think it will be enough to put the fires down. Only very light rains are forecasted. So the probability gets lesser being an offseason. Hope the almighty brings a good spell tomorrow to doze the fires. Our prayers are with the ones still stuck in the Forest.” As help and prayers came pouring in, due to the rugged terrain and poor visibility, rescue measures will take a hit and take some time to be completed.

“Stay in touch with forest officials”

We ask a few seasoned trekkers about how the doomed trekkers could’ve avoided such a situation and what trekkers should keep in mind for future treks. Aurindam Mukherjee, who has been trekking for three years now and has completed over 12 treks including Rupin pass, Roopkund and Valley of flowers, and recently Binsar says that there needs to be a proper checklist for treks. Especially, for safety concerns. “Download mapmytrek to know where you’re headed,” says Aurindam. “Stay in touch with forest officials and follow camping and lighting procedures. Keep in mind to always choose higher grounds with clear visibility. What’s most important is to avoid the seasons when forest fires are common. Understand the topography and distance to the nearest village in case of emergencies. And of course, carry ample supplies.” As far as accidents go, there have been several cases of drowning incidents and some times even falling off the edge of the cliff. However, forest fires are completely unheard of in India. (Twitter handle: @Aurgho_) 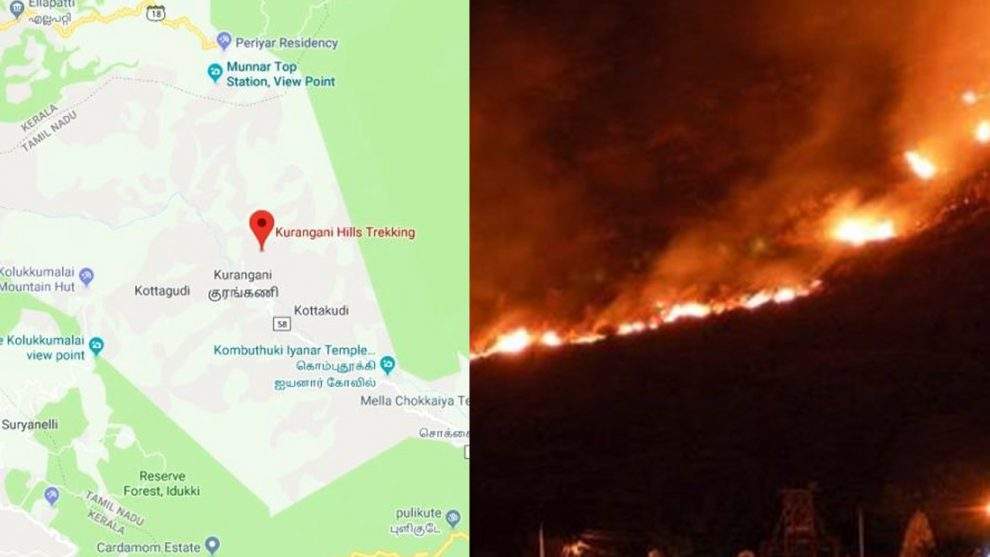 Rohit Chandrasekhar, an adventure sports enthusiast says that the responsibility of safety lies in the hands of the trekker. “Stub cigarette buds. That's one of the most important things I do. Some people carry small stoves and utensils. In such cases, always ensure that the stoves have been switched off and no residue sparks remain. Camp fires is another problem. Many people just pour some water on it and leave. Little do they know that this could blow up into a big fire.” Several trekkers don’t take safety on treks more seriously. Once registered, most trekkers think everything is a piece of cake. “This is going to sound silly but the mountains are a thing of grandeur. And the mountains sometimes, spare nobody. It’s so unfortunate that this has happened to people from our community. It should have never happened.”

Forest fire survival strategies have several factors and are quite complex in nature. For example, the severity of the fire, the terrain and the proximity to the road or other escape routes. The wind and terrain play a very pivotal role in forest fires, and is quite critical. Here are some pointers to avoid being the epicentre of a forest fire:

Do not build fires at a site with dry conditions

Keep it small and under control

Extinguish the fire fully with lots of water and drown out the embers.

As of now, 16 commandos of the Garud Commando Force and four choppers from the IAF, with one of them at stand by. The Garud has tried to lift bodies of the deceased to a higher plains where helicopters can go carry them down. Nirmala Sitharaman, Defence Minister of India has also issued a statement that most fires have been doused out and that operations will continue.