Emmy Award winner, Jim Davis, the creator of the 'big orange cat' Garfield, doesn't want the lasagna-loving, Monday-hating cat - who will hit the big 40 on June 19 - to be dated by dealing with politics.

Politics and entertainment have long been intertwined. But Garfield, which holds the Guinness World Record for being the world's most widely syndicated comic strip, is not going to enter that space ever.

"I felt that they dealt with that (politics) in rest of the newspapers... it is all about politics and economy. So, I thought that I don't need to deal with that. Also, those comic strips that deal with politics and social comments, tend to be dated. I didn't want Garfield to be dated," Davis, an Indiana native, said in an telephone interview.

"And I didn't want Garfield to be an American. I wanted him to be an Indian or a Chinese or British."

He felt that had he made a political comment, Garfield would have been automatically identified as an American cat. "I didn't want to do that and also, people go to comics to have a laugh and have a break... away from the real news and real world that are often depressing," said the cartoonist.

But what would Garfield think of US President Donald Trump? "What would the big orange cat who speaks his mind feel about big orange guy?" Davis asked followed by laughter. He might not make a political statement, but Davis wants a lot of stories to be told through Garfield.

"I would like to step away from the day-to-day licensing and all that one day, but I want to continue with the comic strip because that's what gets me out of the bed every morning. It's still my favourite thing to do.

"I would like Garfield to continue whether with people I work or anyone else who can maintain the level of Garfield's humour and continue to entertain other generations after I am done. I would like to see him go on for a long, long time," he said.

The Garfield merchandise is licensed by Animation International India and is copyrighted to Davis' company Paws. Apart from the comic strip, Garfield had his own shows, movies, stage shows and video games. 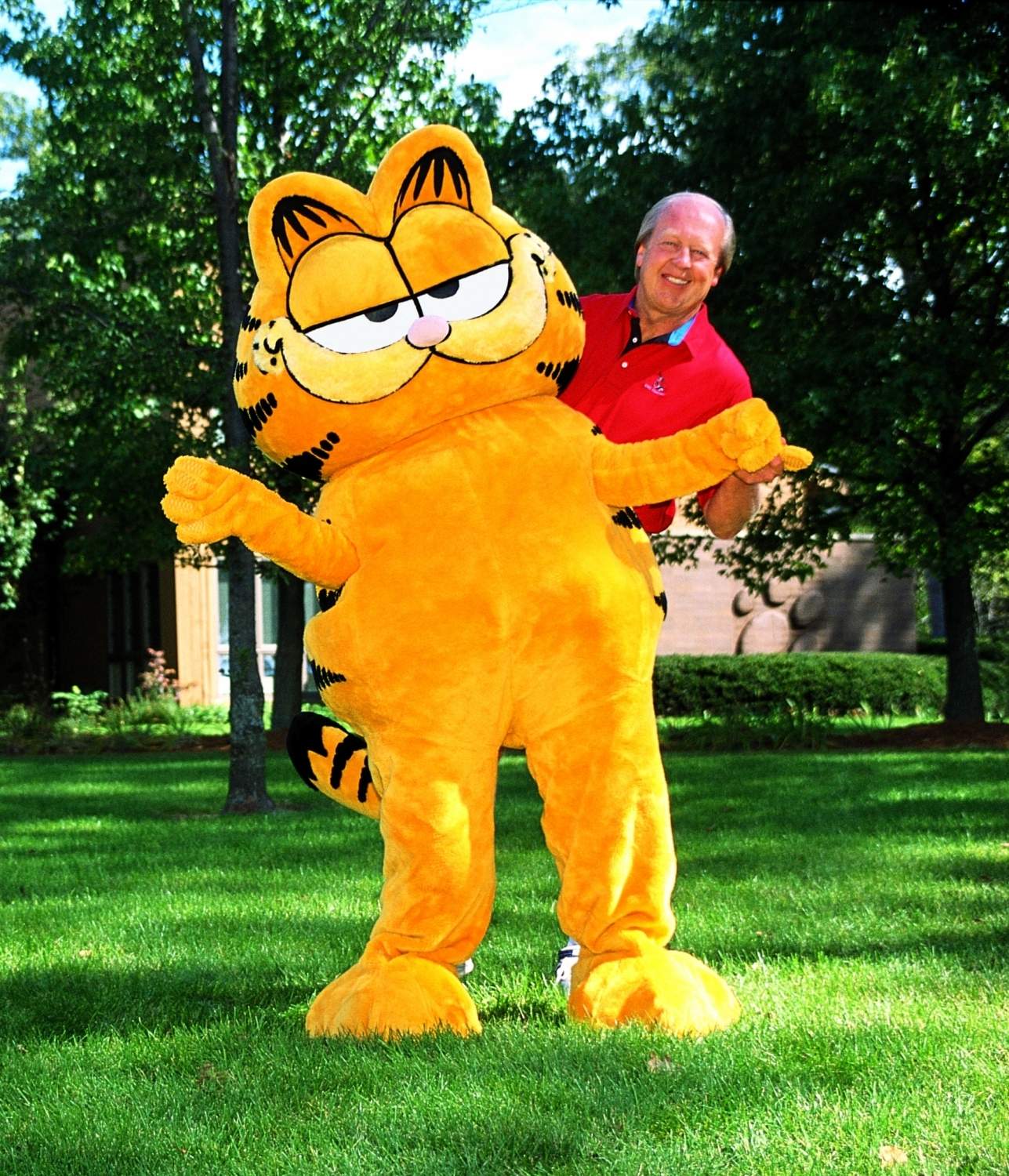 "People love cats. That aside, he does what we all do. He eats and he sleeps. Obviously, we identify with that. That's important." His loyal admirers are flooding social media with fan art to celebrate Garfield entering the fourth level.

How does he plan to celebrate Garfield's birthday?

"I am going for Garfield's 40th anniversary celebrations in Canada, then China. We are releasing a book, 'Garfield Hits the Big 4-0'. I will be going to Denver for Comic Con to launch that," he shared.

Going back in time, what made him come up with a comic strip with a cat who thinks like a human being?

"I didn't want to work with human beings. I had worked for nine years for a comic strip called Tumbleweeds. I thought if I had a comic strip, I would work with animals. Animals are adorable. Back then, dogs were doing very well. I thought maybe cat lovers would like something on cats," he said.

Would it still be massively successful had Garfield been another animal?

"It would have certainly worked as a dog but as a horse or a bird... I don't think so, because people don't see them around the house all the time," said Davis.

Among various films, "Garfield: The Movie" (2004) and "Garfield: A Tail of Two Kitties" (2006) with voice-over by Hollywood star Bill Murray, did well at the box office.

Any more movies lined up?

"Yes, we are working on another movie. That's gonna be years away because it will be all computer animated this time. I like Garfield's voice (Frank Welker) that we are using for television," said Davis.

"Bill Murray was wonderful in Garfield's live action films. He has the attitude and his voice fits the character very nicely but no... as long as it (anybody's voice) suits his (Garfield's) personality, I am good with that," added its creator.

He has been doing this for 40 years but he still feels that he is trying to get it right.

"I like to make the art even better because I want to entertain....Garfield is going to continue eating and sleeping for a long time," he said.