These keyrings from Goldfish Trails don’t just help document your travels, they also support a cause

There is a TS Eliot quote that says, “The journey, not the arrival matters.” Retrace the route of Meenakshi Arvind’s last expedition (XPD2470) — a 24,000 km transcontinental ride from India to London in 2017, as part of a literacy and women empowerment drive — and you realise, this saying has never seemed more apt. While the initiative came to a close in 2018, this city-based entrepreneur was far from finished with her social projects and recently outlined a new plan around travel and raising awareness about cervical cancer.

Launching a line of keyrings—a quintessential travel accessory, Meenakshi decided to create a fund to vaccinate women and children between the ages of nine to 26 with the proceeds. “Cancer has claimed multiple members of my family and a close friend as well. When I learnt that cervical cancer could be prevented with a simple vaccine, I realised that I could actually do something about it. Over the last two years, my social media presence has increased manifold because of the XPD2470 ride and I knew I could do some good by mobilising the people I was connected to,” begins Meenakshi.

Designed as a keepsake accessory, the keyrings are a novel way of caching one’s travel memories. Handcrafted in leather and available in five different shades—tan, brown, red, blue and black—each keyring can be accessorised with a laser cut brass coin that bears the official three letter code of various countries across the globe. “It can be a travel diary of sorts. One coin for each country that you have visited,” she says. Embossed with the name and logo of the Goldfish Trails, the Coimbatore-born motorsports enthusiast tells us that she is commonly known as goldfish among friends. “The word ‘trails’ come from my constant need to travel.” Less than a week since the launch, there have been multiple requests for Indian state coins, we learn. “There are lots of people who go on road trips within the country and they form a large customer base. So, we decided to offer state coins as well.” 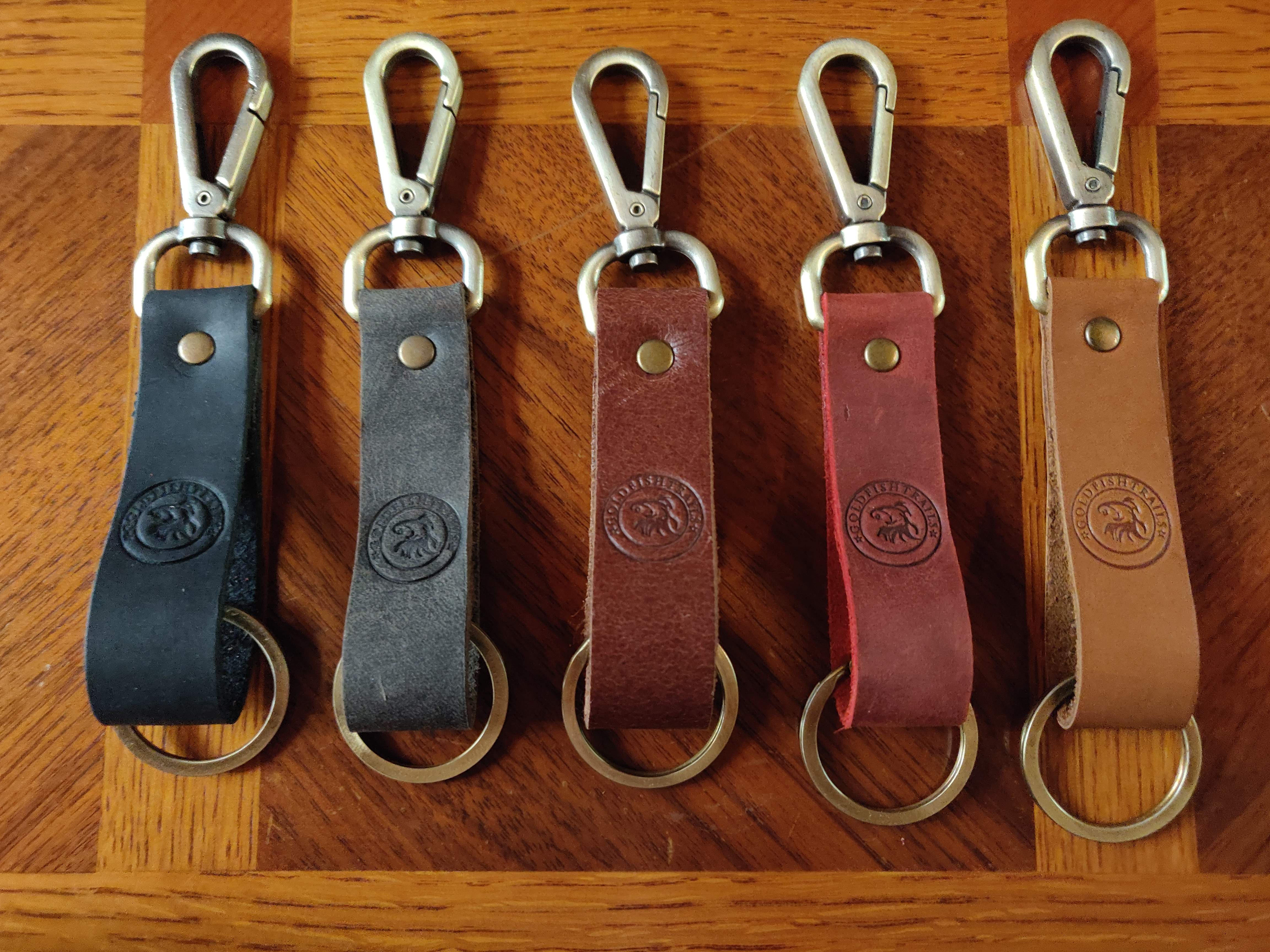 Along for the ride

Simplistic in its design, the final keyrings are a product of multiple trial and error sessions. Initially designed to sport the entire name of the destination as its code, Meenakshi says these designs did not make the cut. “It was quite unlikely to have entire country names spelt out on the coins.”In a tie-up with the family-run RR Trust, the 46-year-old who has about 60 coins on her keyring, is organising talk sessions as part of a 10-month drive in the five southern states along with a Trans-Siberian tour to educate women about cervical cancer. Currently shipping only within the country, the keepsake keyrings take a week to customise.

Priced at Rs 1,699 (cost of one vaccination) with each add on brass coin costing Rs 99.