The Board of Control for Cricket in India just announced that the life ban imposed on former Team India pacer S. Sreesanth will stay. A division bench of the Kerala High Court in Kochi on Tuesday said Sreesanth will have to stay away from all cricket activity conducted by the BCCI.

Sreesanth came out with a series of tweets expressing his displeasure against the decision. 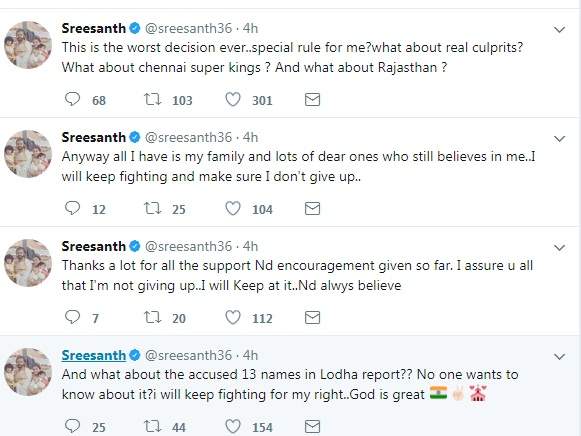