A month-long all-girl trip across Europe

Months of planning, research and daydreaming about what our trip

would be like came to an end as we took off on a flight to Amsterdam. We were finally starting our adventure. It was day one of our month-long tour through Europe.
I must admit, I was a little concerned before we left. Eleven girls living together for a whole month! We were friends at school, but who knew what it would be like to travel through Europe with all of them? Well, it turned out, our different personalities complemented each other, and this trip brought us all even closer than we were before.

Amsterdam (4 days)
We got on the train from the airport to the main city, and had to walk to our apartment, which was located near the train station. What should have been a ten-minute walk ended up taking an hou 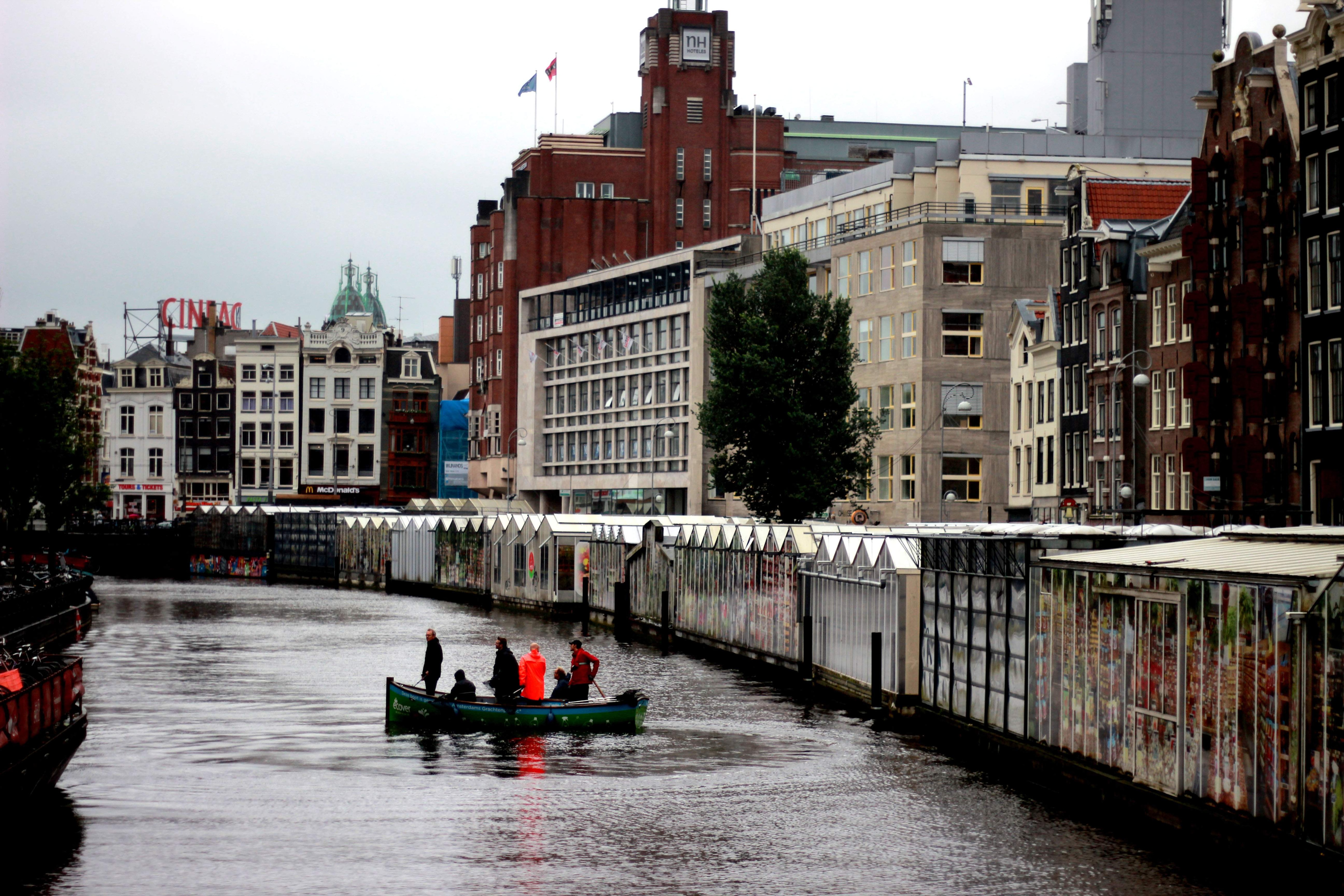 r and a half, as we hadn’t realised how Amsterdam’s streets aren’t laid out straight, and the canals all look rather similar when it’s dark.
I was astounded by the number of bicycles on the streets. Bicycles are easy to rent and a great way of exploring the city. During our stay, we visited most of Amsterdam’s main sights and museums, and were delighted by its seductive atmosphere.
The thought that stayed with us was of the writer John Green: “Some tourists think Amsterdam is the city of sin, but it is in fact, the city of freedom, and in freedom, most people find sin.”
TIP: Be sure to book tickets in advanced if you want to visit Anne Frank’s museum, and don't miss out on Van Gogh's museum.For details visit www.amsterdam.info 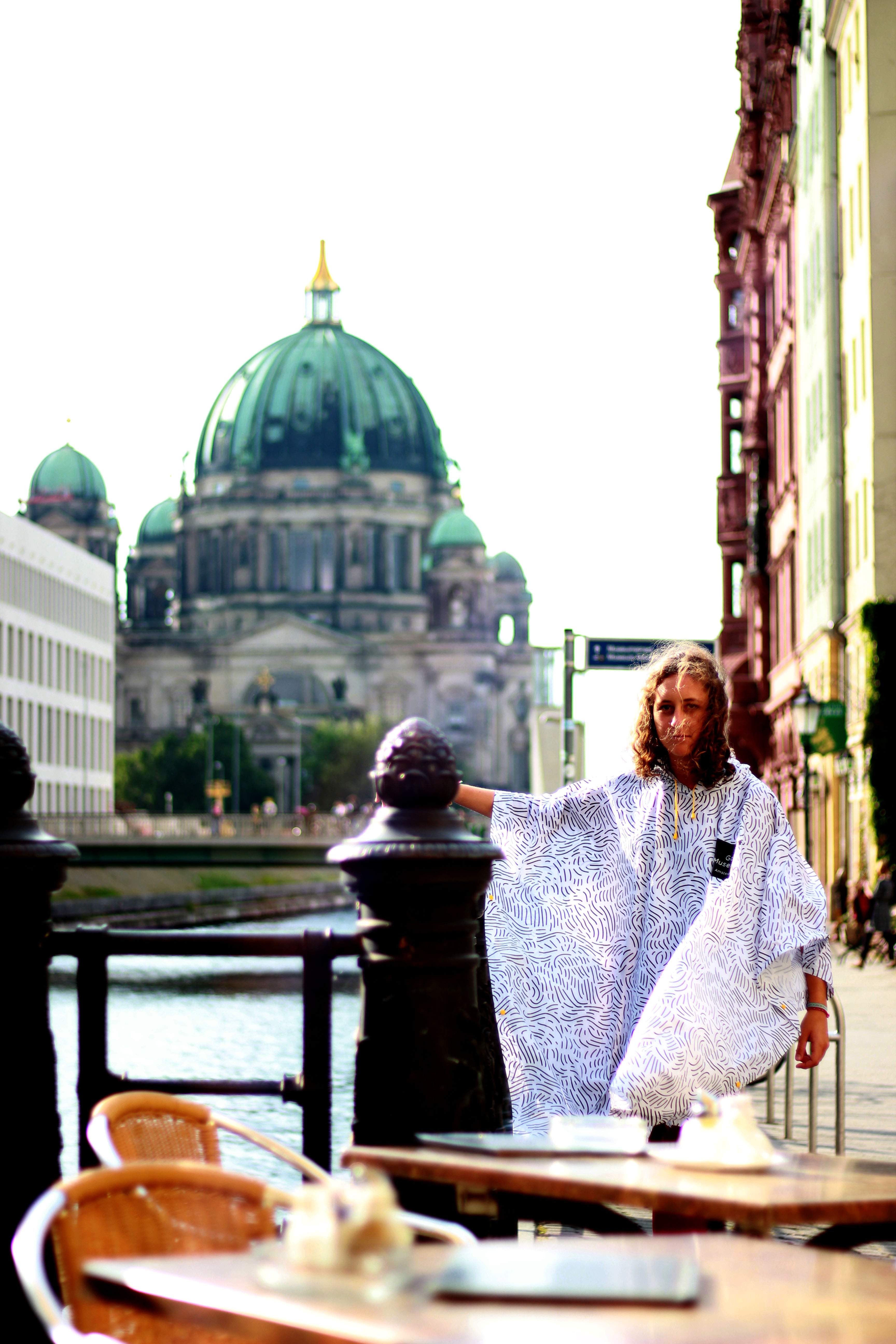 We woke up early to catch the first train to Berlin. The view of the landscape from the train was breathtaking, and we had a fun chat with some Australian boys we had just met. Trains are a great place to meet new people from all around the globe.

The apartment we rented was near Brandemburg Gate and the city centre. Finding a well-located place to live in Berlin is essential, as the city is really big, and there are many things to do. We rented some bikes and had a blast cycling thro 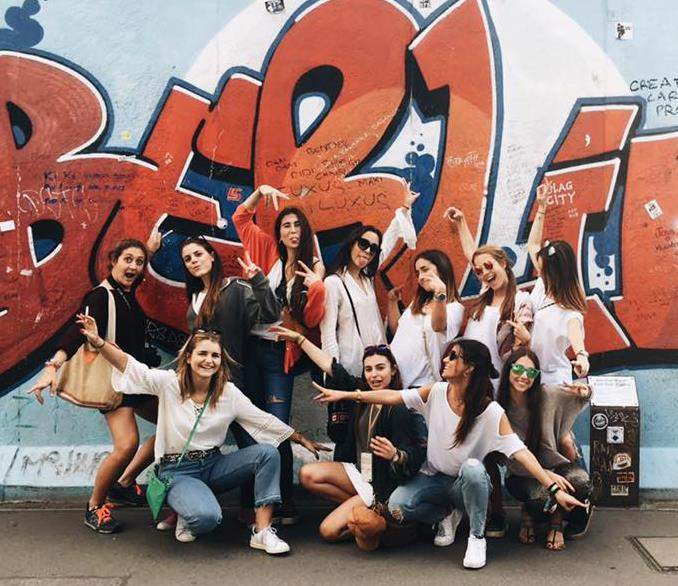 ugh the biggest party destination in Europe. Some of us went to see some contemporary art exhibitions, while others spent most of the time calmly walking around Berlin’s gorgeous Tierpark.

We had some crazy adventures, staying in the city. We had apparently booked our apartment for the wrong dates, and had to sleep on the street for one night! But we managed to take it in with a sense of humour, and later, stayed at a friend’s house — eleven girls, one room, can you imagine?
TIP: Be careful, as it’s common for drinks to be spiked in Berlin. Get more travel advice at www.berlin.de

Prague (3 days)
We “interrailed” our way to Prague, capital of the Czech Republic, located on the banks of the Moldavian River. Known as the golden city, Prague has one of the most inspiring atmospheres in the world. Its streets are full of artists selling unique art pieces and playing relaxing music.
One of my friends and I were calmly drafting the beautiful medieval cathedrals in our travel diaries when a group of tourists passed b

y and gave us some change, converting us into street artists! We couldn’t believe what had just happened, and immediately used the money to buy a couple of beers to celebrate.
Prague is not a very big city, but it’s definitely worth exploring for more than one day. You’ll fall in love with this magical place.
TIP: Karlovy Lazne, one of the best clubs in the world, is open every day of the year. More info on Prague’s hotspots at www.prague.eu/

Vienna (3 days)
After Prague, we headed off to Vienna, home of some of the greatest musicians and master composers like Beethoven, Strauss and Mozart. Vienna is also the home of a historied operatic tradition. Its cultural mix makes its cuisine unique too. You can’t leave thi 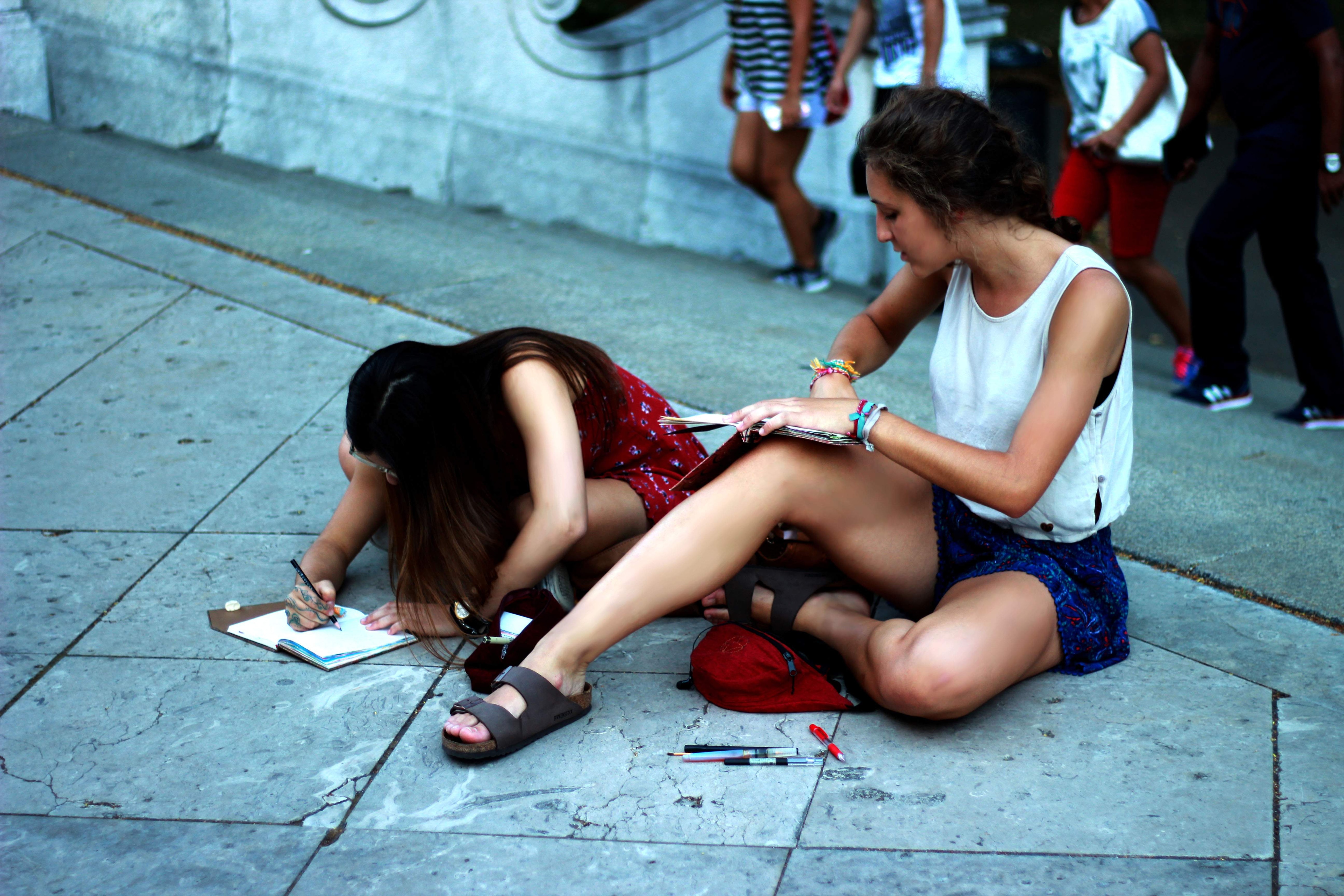 s city without enjoying some Viennese ‘snitzel’ (veal cutlets) and coffee. As for art lovers, the city offers over one hundred museums to explore.
Our apartment in Vienna was a little far from the cultural centre, as we were running on a low budget, but walking around was a great way of getting to know the city.
Tip: Don’t fall for the prank of expensive “Sacher”chocolate cakes, they’re not worth it. Read more on Vienna at www.wien.info

Budapest (3 days)
While speeding to the station, four friends in the group accidentally got on the wrong train and headed off back to Prague. The rest of us were lucky to make it onto the right train. By the time the four other girls made it to Budapest, we were all set to spend a fun party night together.
The Danube River divides this city into the two halves of Buda and Pest. The section of Pest is where most of the social life and shopping is at. It is better and cheaper to find accommodation in this part of the city. Our apartment was in front of the breathtaking Dohány Utcai synagogue, the largest in Europe, and the second largest in the world (the world’s largest Jewi 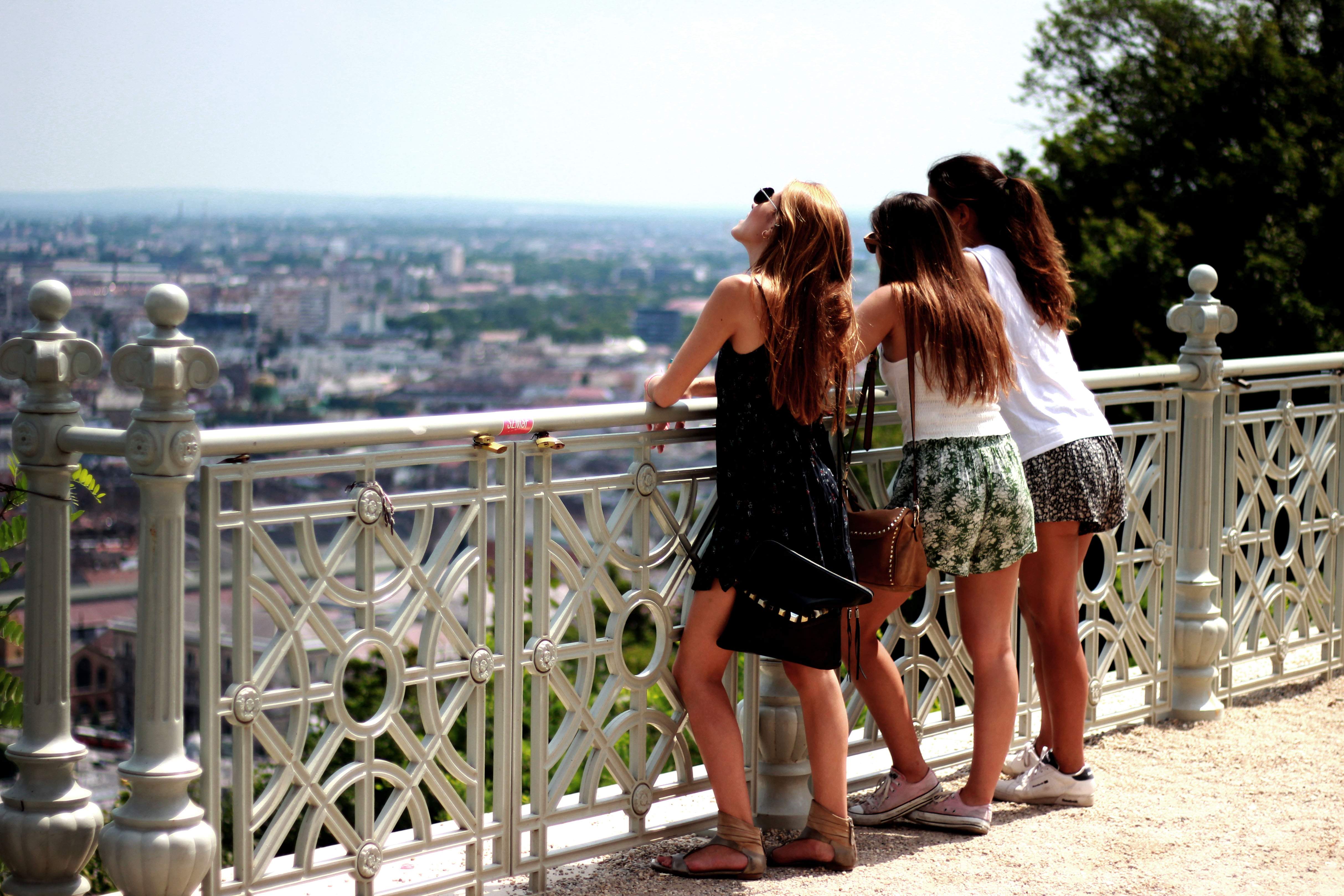 sh house of worship is the Temple Emanu-El in New York).
On our second day, we visited Buda. The hike up to the top of the Ciudadela (citadel) was definitely worth the struggle. We were astonished by the view of the imposing Hungarian capital and the colossal Danube River. We took in works of master artists at the old royal residency, which now stands transformed into the Hungarian National Library and History Museum.
Budapest is one of the cheapest cities in Europe, so you can enjoy great food at relatively low cost. This city was one of my favourites on the trip, as we were able to enjoy both its cultural beauty and social life.
Tip: Beware of fake cab drivers, as you wouldn’t be the first to be taken to a different location, robbed, or left in the middle of nowhere with empty pockets. Get more travel pointers at www.budapest.com

Split, Croatia (1 day)
Our next stop was the Ultrasound Music Festival in Croatia. There is no direct train, so we had to stop in Zagreb, Croatia, and get onto another train to Split, the town on Croatia’s Dalmatian Coast. I had a lot of fun on this 24-hour trip, and made a bunch of friends on the trains, playing card games with them. The jou 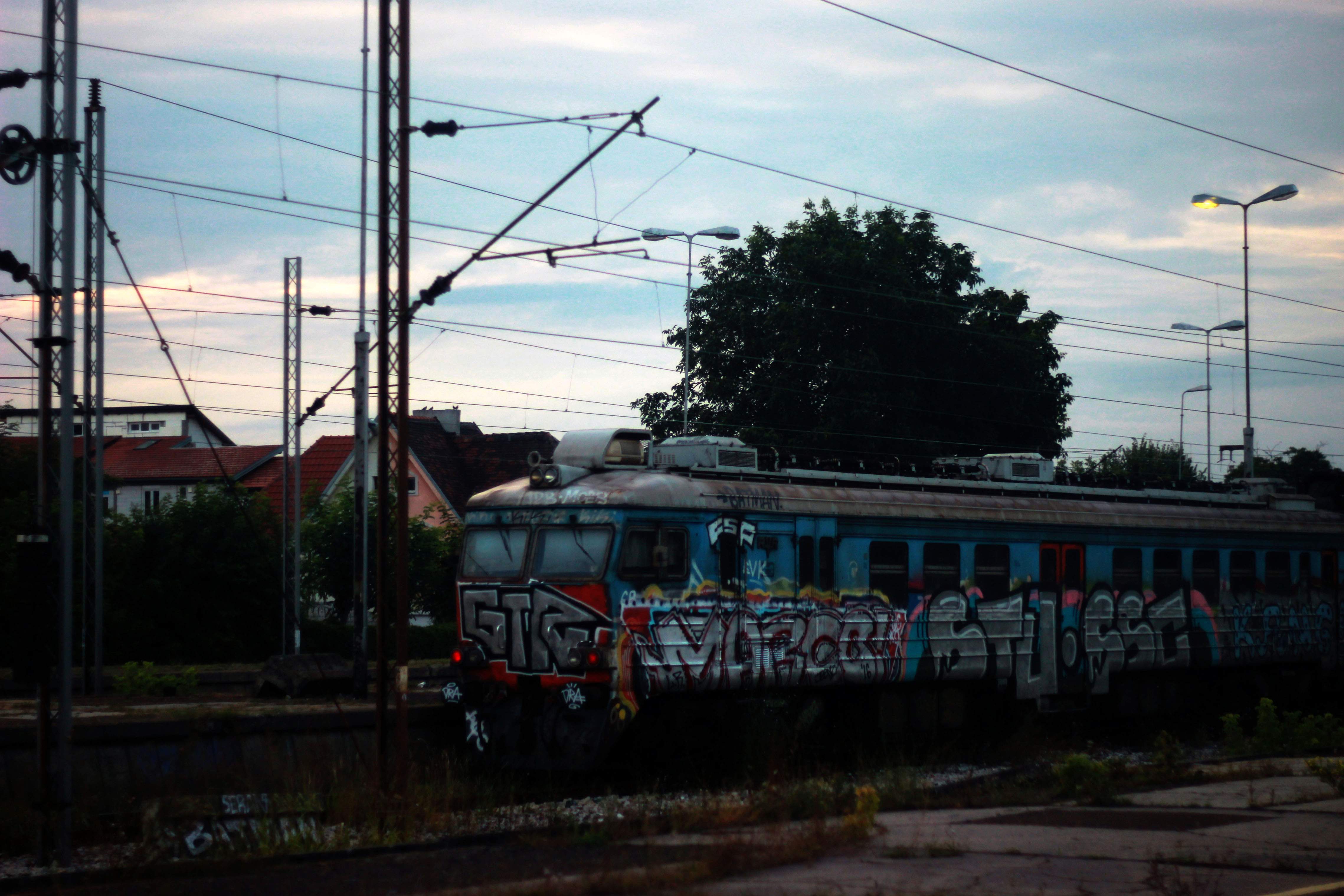 rney was exhausting, and we spent most of our first day in Croatia sleeping!

Ultrasound Music Fest (3 days)
If you like techno music and partying, there are few other festivals like this one. Although, a wind storm led to the first day’s events being cancelled, and we created our own party at home with some old friends from Spain.
The next two days of non-stop music was the craziest experience of our whole trip. We sang, laughed and danced until our feet couldn’t hold us up anymore. We could practically feel the music beating through our bodies. I’m tap-dancing as I pen my memories of this festival, and wishing I could relive those moments.When you purchase the tickets to the festival, there is a camping option, but that isn’t necessarily a good idea. After a 12-hour techno session, you’ll probably want to sleep comfortably on a bed, and perhaps take a shower. There are many apartments and hostels where you can spend the night for a relatively low price. Be sure to book in advanced, as the prices go up closer to the festival’s dates.
TIP: Avoid walking alone, and beware of pickpockets.Visit ultraeurope.com

Greece (2 days)
The travel problems weren’t over for us, as our train from Split to Belgrade was cancelled, and we had to get on a 20-hour train ride back up to Zagreb and then down to Belgrade, to catch our flight to Athens. What could’ve been an 18-hour ride became a 44-hour travel nightmare.

it, like Mykonos (the location of the 2017 Kingfisher Calendar shoots by Atul Kasbekar, I’m told) and Santorini. We picked Ios as our last stop. Getting sunburnt and resting on the beach with pina coladas was the most relaxing part of it all.
We cried as our adventure came to an end. This was one of the best trips I’ve ever had. We learnt how to cooperate and work as a team, and importantly, how not to take life too seriously. Not a single day passed without some unforeseen experience befalling us. We ended this chapter looking forward to our next adventure. Perhaps, a girl trip through Asia? Who knows.

Train travel in Europe
Citizens from outside Europe have to purchase a Eurail train ticket, which lets you to go on as many destinations as you want in Europe. There are many options that you can choose from - we got one for 10 trains in 1 month). Trains in Europe are usually comfortable, but be sure to get to the station early, before the seats are all taken.