March 27th, 2017 – Swiss luxury watchmaker and aviation chronograph specialist, Breitling saw its legendary Breitling DC-3 aircraft touch down in Nagpur as part of its grand world tour. From March to September 2017, the Breitling DC-3 will be flying around the world in several stages, an amazing accomplishment for this plane that will be celebrating its 77th birthday. The crew will be accompanied by a 500-piece Navitimer limited edition that will also be onboard throughout the journey. 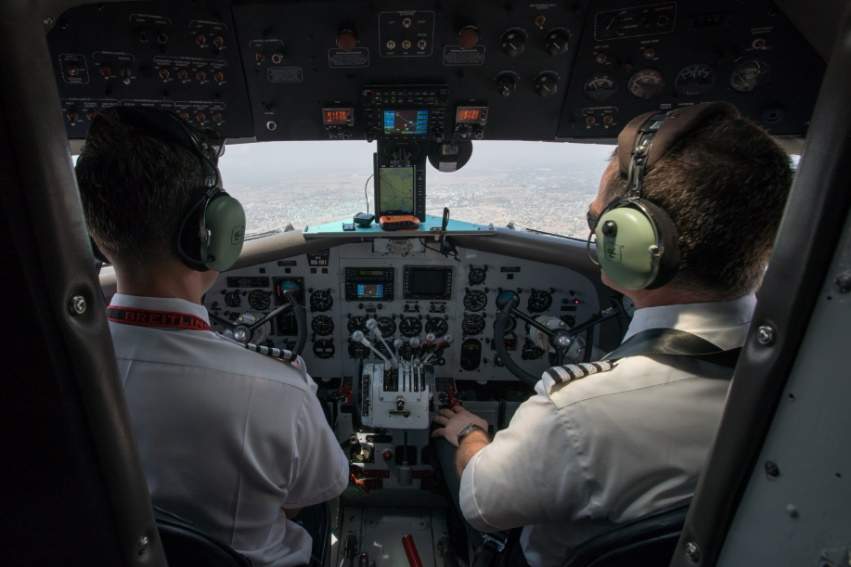 Demonstrating its commitment to safeguarding aeronautical heritage, Breitling has supported the restoration of this legendary aircraft – first used by the American military between 1942 and 1944. Today there are less than 150 DC-3 aircraft in flightworthy condition worldwide, including the Breitling DC-3.

From March to September 2017, the Breitling DC-3 will be doing a grand world tour in several stages, an amazing accomplishment for this legendary plane that will be celebrating its 77th birthday. The crew will not be alone in flying from one continent to the other, since a 500-piece Navitimer limited edition will also be onboard throughout the journey. 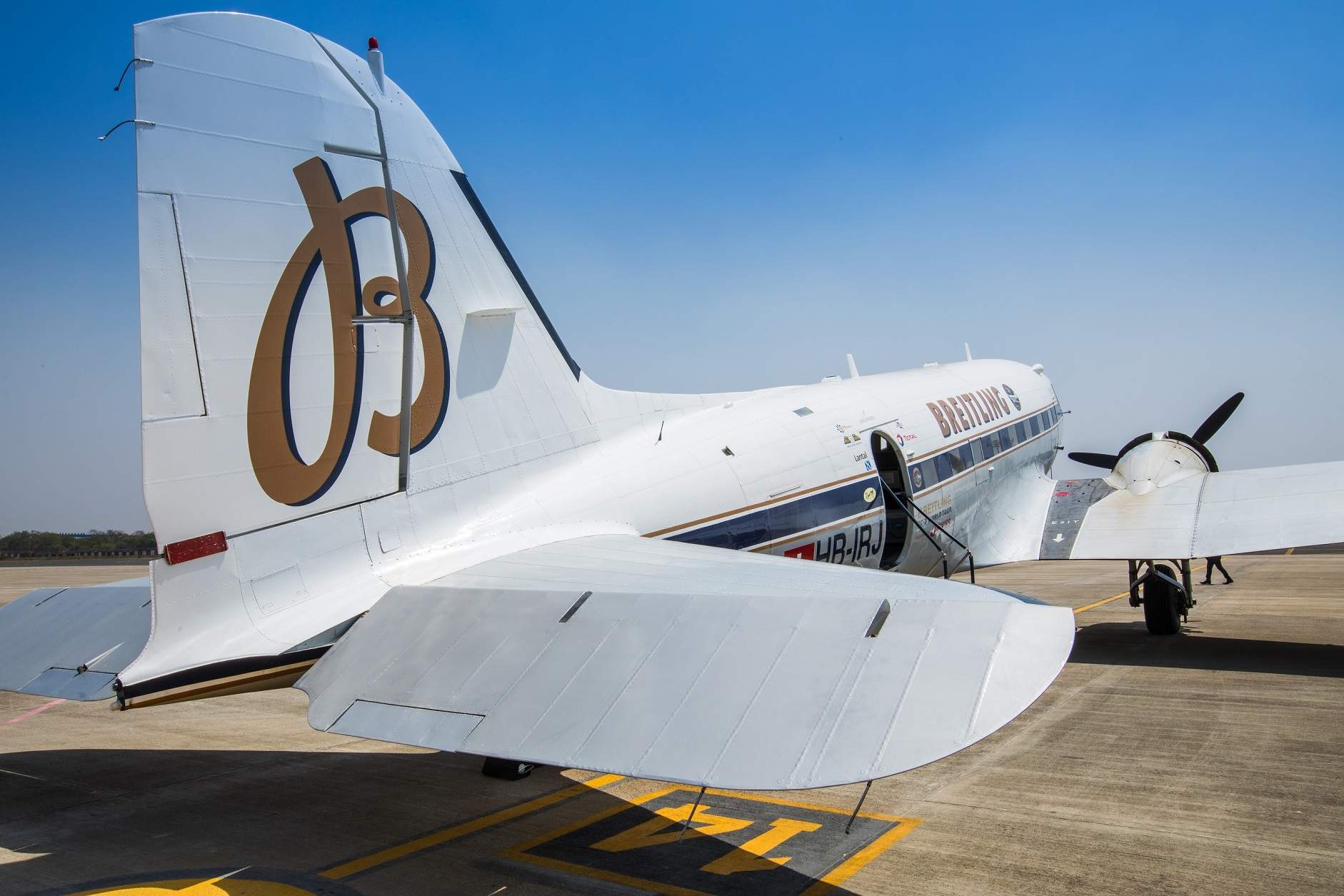 A privileged partner in the conquest of the skies, Breitling demonstrates its commitment to safeguarding the aeronautical heritage by supporting the restoration of legendary aircraft – such as the Lockheed Super Constellation and the Douglas DC-3. This twin-engine propeller plane launched in 1935 revolutionized air travel.

Nicknamed the “Normandy landings plane”, it enjoyed its moment of fame in June 1944. More than 16,000 were built and most major airlines acquired them as part of their fleet. Today there are less than 150 DC-3 aircraft in flightworthy condition worldwide, including the Breitling DC-3. 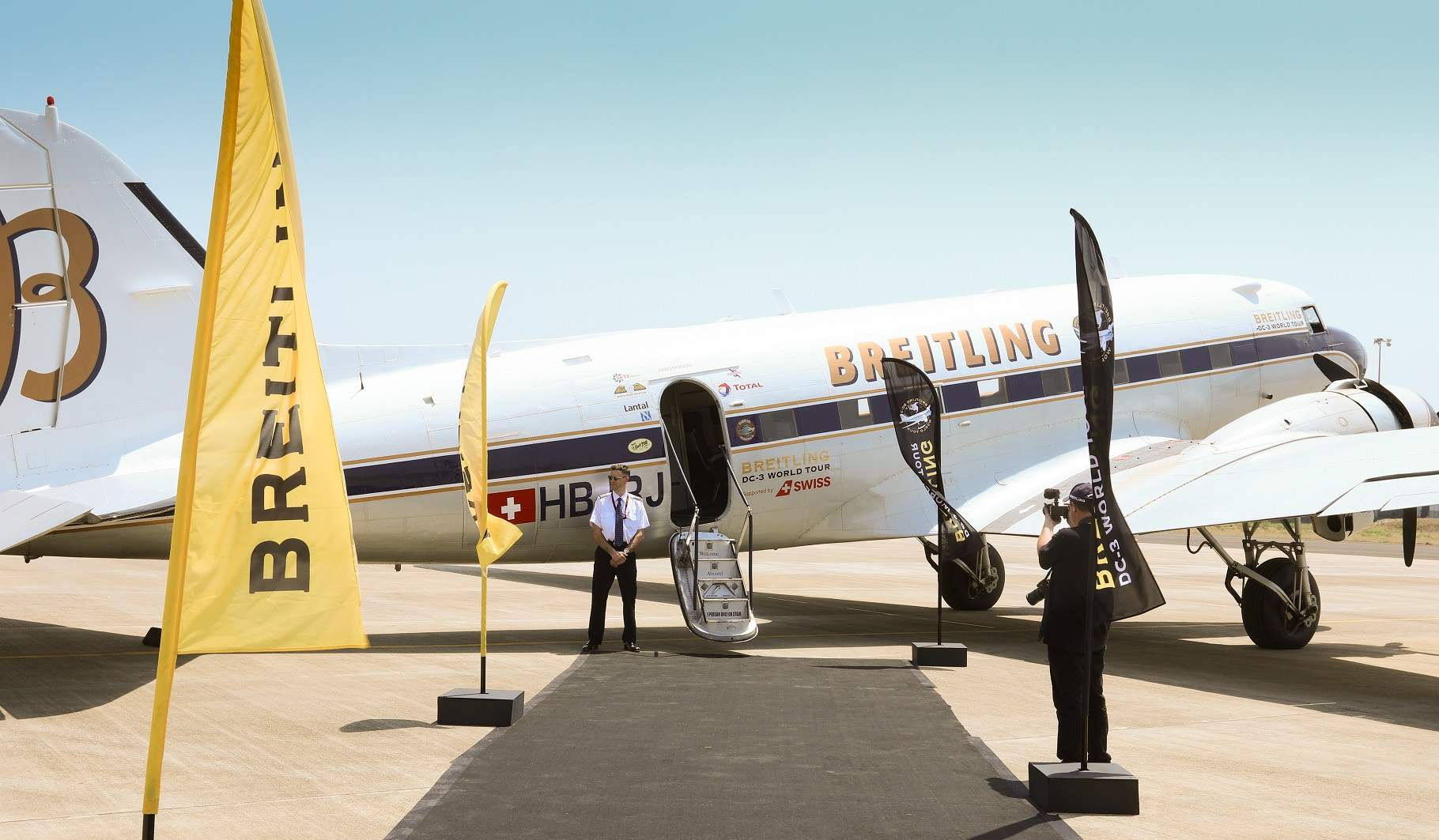 This DC-3 HB-IRJ was delivered to American Airlines in 1940 and first used by the American military between 1942 and 1944, before resuming service on behalf of various commercial airlines. Restored by a group of dedicated enthusiasts, it now flies under Breitling colors and participates in a variety of airshows.

The round-the-world tour will notably encompass the Middle East, India, South-East Asia, North America and Europe. This World Tour will begin and end in Switzerland, starting from Geneva in March and winding up in September at the Breitling Sion Airshow 2017. It will be punctuated by numerous stopovers providing opportunities to organize events and take part in air shows. Certain privileged passengers will be welcomed aboard for certain stretches. 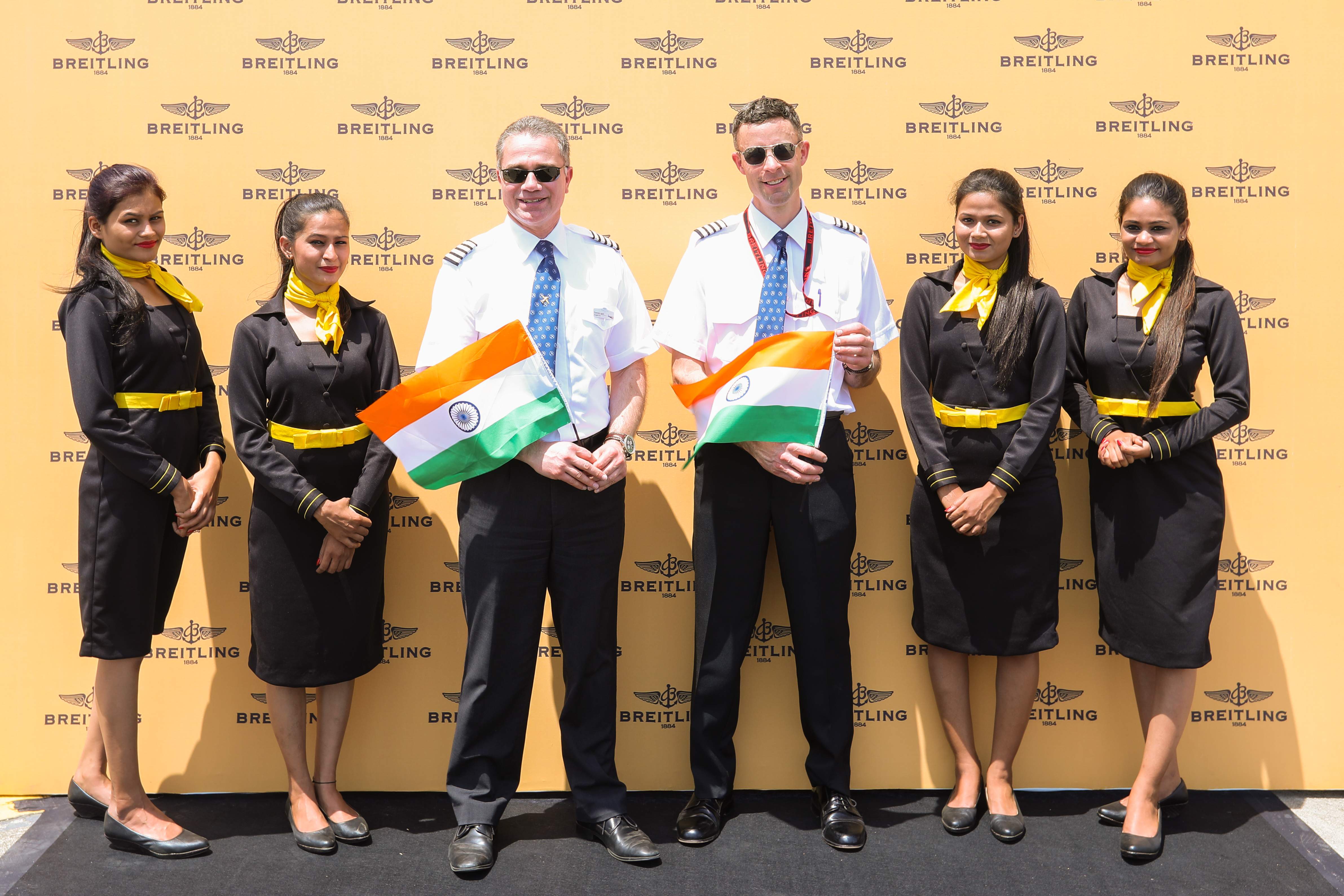 Breitling has also chosen to mark the event by introducing a 500-piece limited edition of its famous Navitimer aviation chronograph. This steel Navitimer 01 (46 mm), powered by Manufacture Breitling Caliber 01, will notably be distinguished by its caseback engraved with the Breitling DC-3 World Tour logo.

Enthusiasts will however have to wait until the fall of 2017 to get their hands on this model, since the brand has decided to have it travel aboard the Breitling DC-3 around the planet, thus ensuring it is truly part of the entire adventure. Each watch will be delivered with a certificate signed by the flight captain. 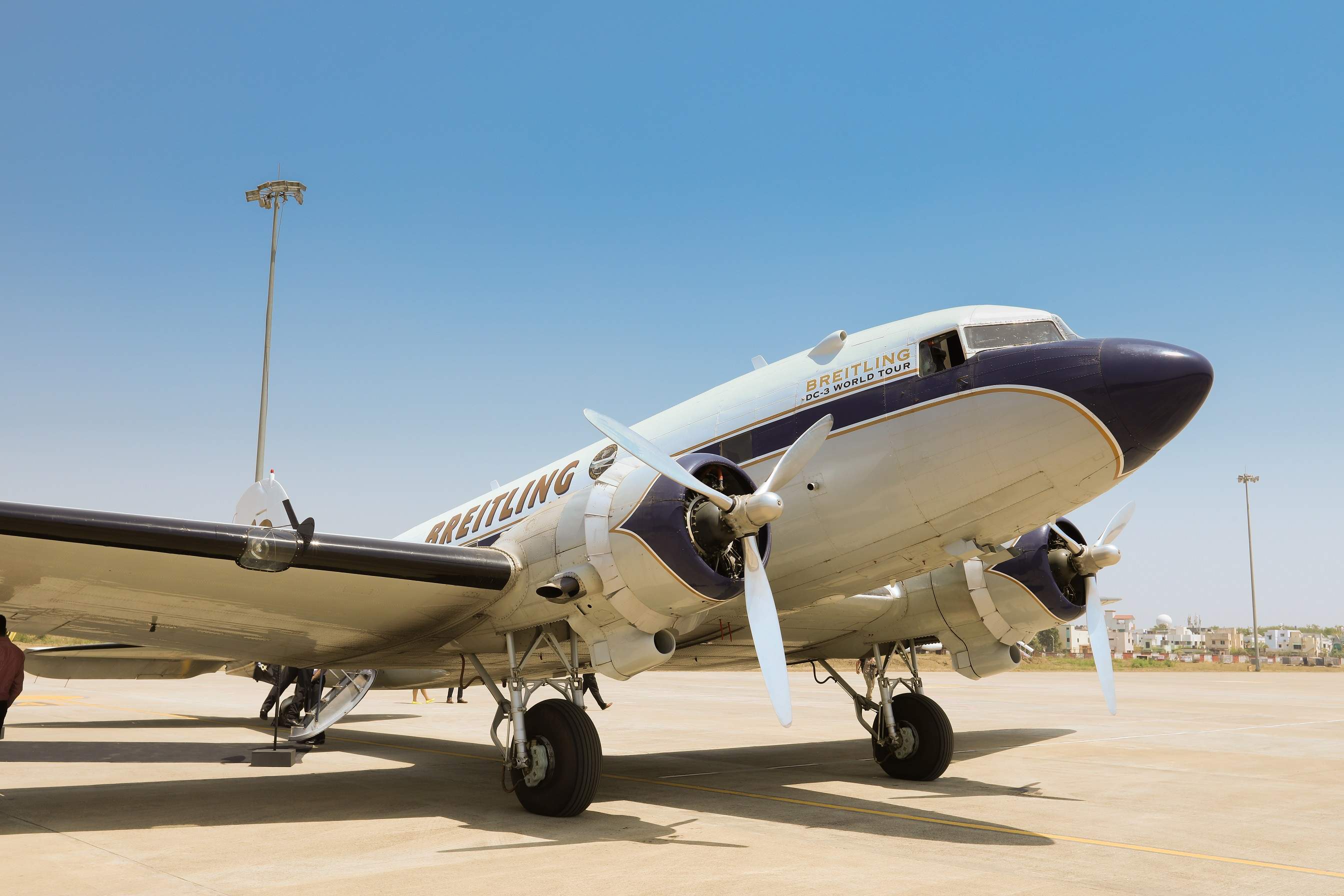 A specialist of technical watches, Breitling has played a crucial role in the development of the wrist chronograph and is a leader in this complication. The firm has shared all the finest moments in the conquest of the skies thanks to its sturdy, reliable and high-performance instruments.

One of the world's only major watch brands to equip all its models with chronometer-certified movements, the ultimate token of precision, Breitling is also one of the rare companies to produce its own mechanical chronograph movements, entirely developed and manufactured in its own workshops. This family business is also one of the last remaining independent Swiss watch brands.