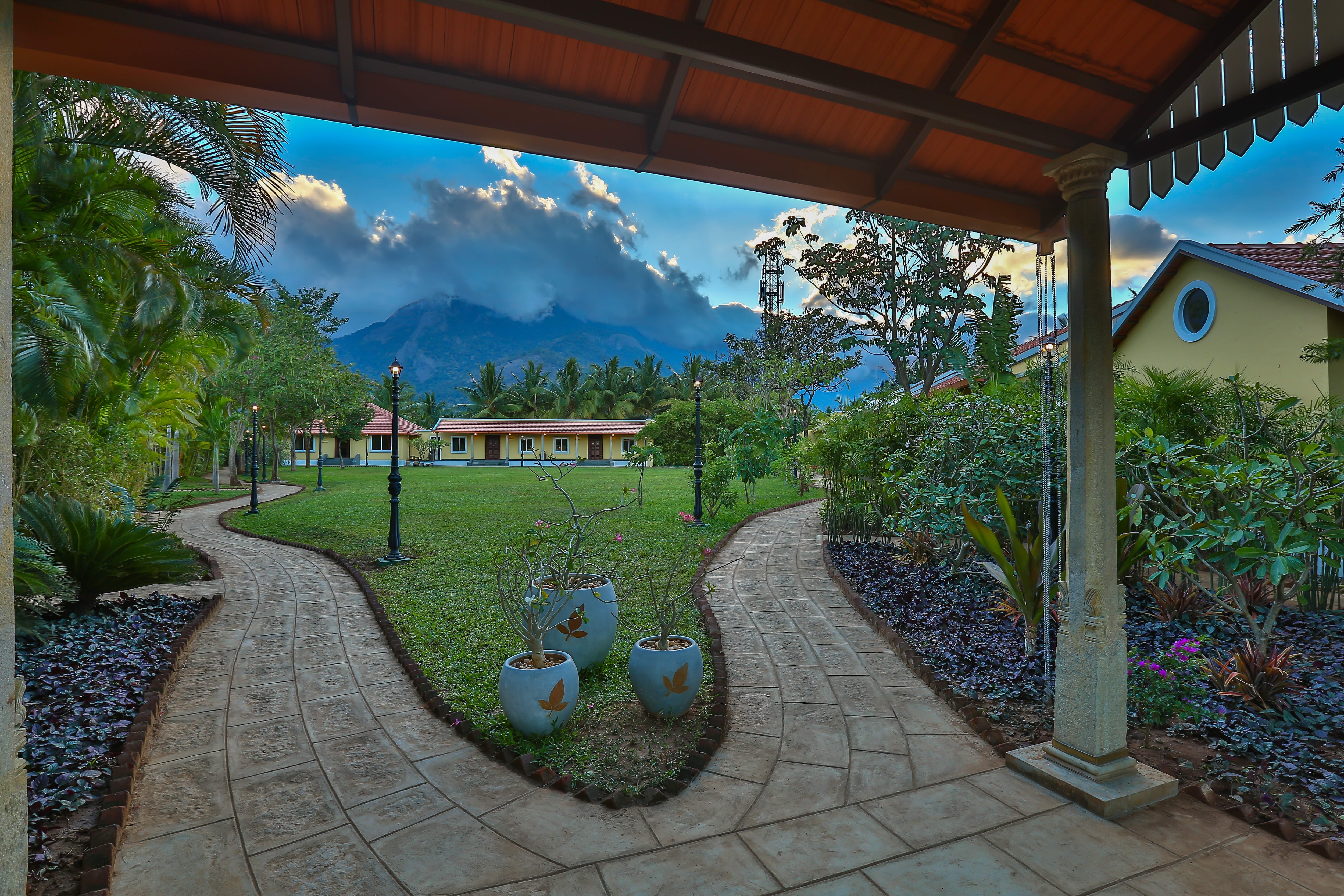 A visitor bowing down his head while entering a house is considered tradition according to ancient Tamil culture, which might explain the rather low doorways at Dvara, the boutique resort by VM Hospitality. Fourteen door frames in all, they are at least a decade old, I’m told. From murals on the walls to kolam on the floors, the resort that resembles a hamlet of 10 old Chettinad houses is a true blend of tradition and contemporary designs. 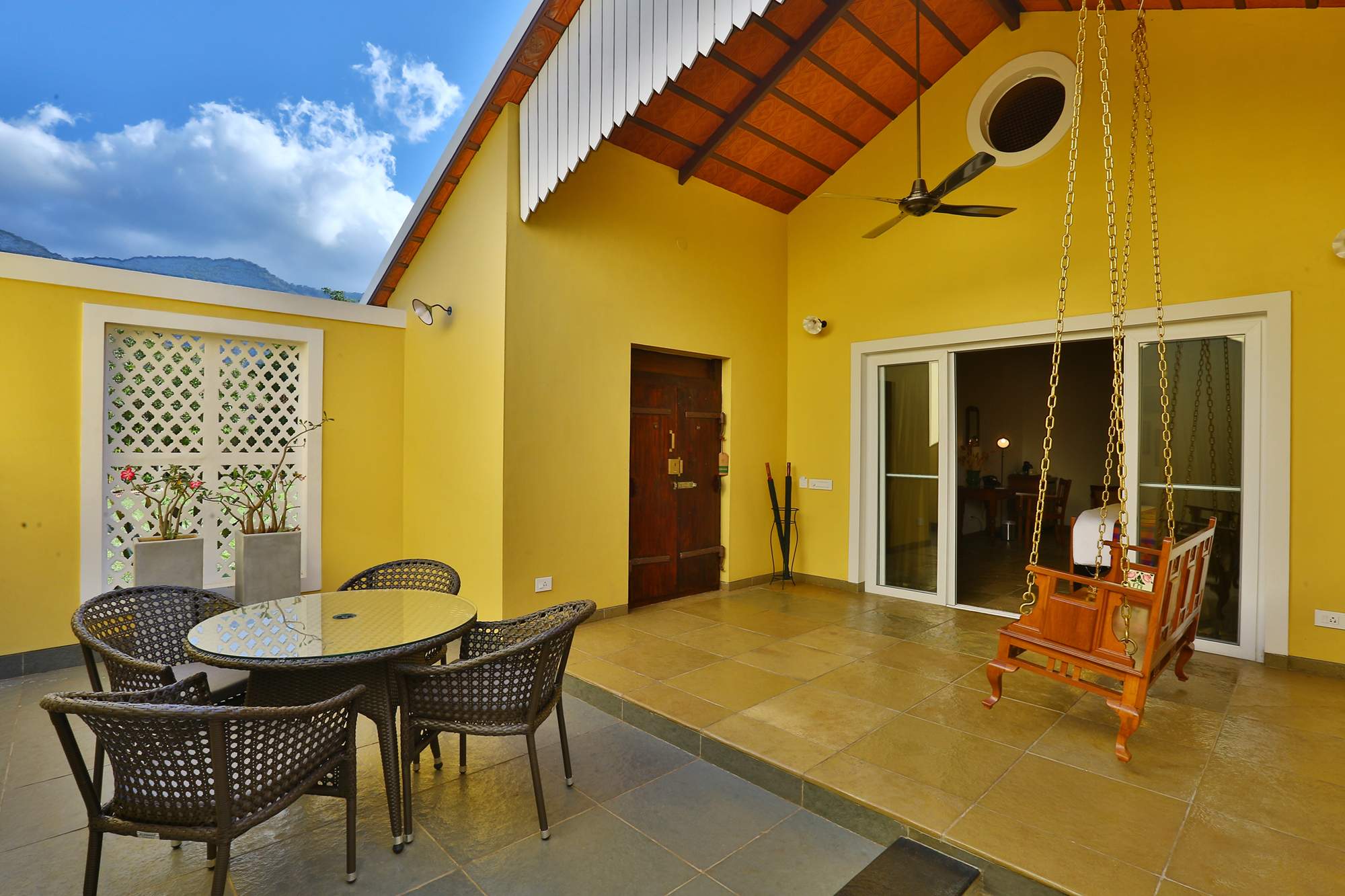 Open since last October, each cottage is named after a local flower like Malli, Kuvila and such. Much sought after are the seven Mountain View, pool cottages, while the other three are garden view cottages. I check in to one of the former where the door opens to a stunning view of mountains of the Western Ghats. At Dvara, each cottage has been uniquely curated in a way that apart from the common rooms, even finding similar pieces of furniture in any two rooms is very unlikely. If its Ravi Varma paintings on the walls of one room, its framed pattu sarees or wooden artifacts adorning the wall of the next. Silk saree cut outs for bed runners, old rotary dial telephones, Indian snacks at the mini bar and vetiver based toiletries are a few among the many delights offered. Heading to Ahaaram (food), the in-house restaurant for a cup of tea, I meet Uday Balaji, the CEO of the resort who tells me that people these days seek smaller spaces like this for a quick get-away.“People know exactly what to expect while checking in to a hotel or a resort as they get the same treatment everywhere. Contrary to what is usually given, we wanted to provide space that is traditional, luxurious and homely at the same time,” he shares. Stepping out to explore the property, I'm introduced to the common rooms. Anandam, (amusement) the recreation room adjacent to the restaurant has framed posters of old Tamil movies on the walls, a collection of books and DVDs in its shelves and traditional games such as Parama Padham (akin to snake and ladder), pallamkuzhi and more. With all the conference facilities, Arangam ( court), the 14-seater board room is just the right size for a senior level meeting. Ideally named Arogyam(Health), the spa here is known for its range of services  including the soft tissue, Swedish and aromatherapy massages. 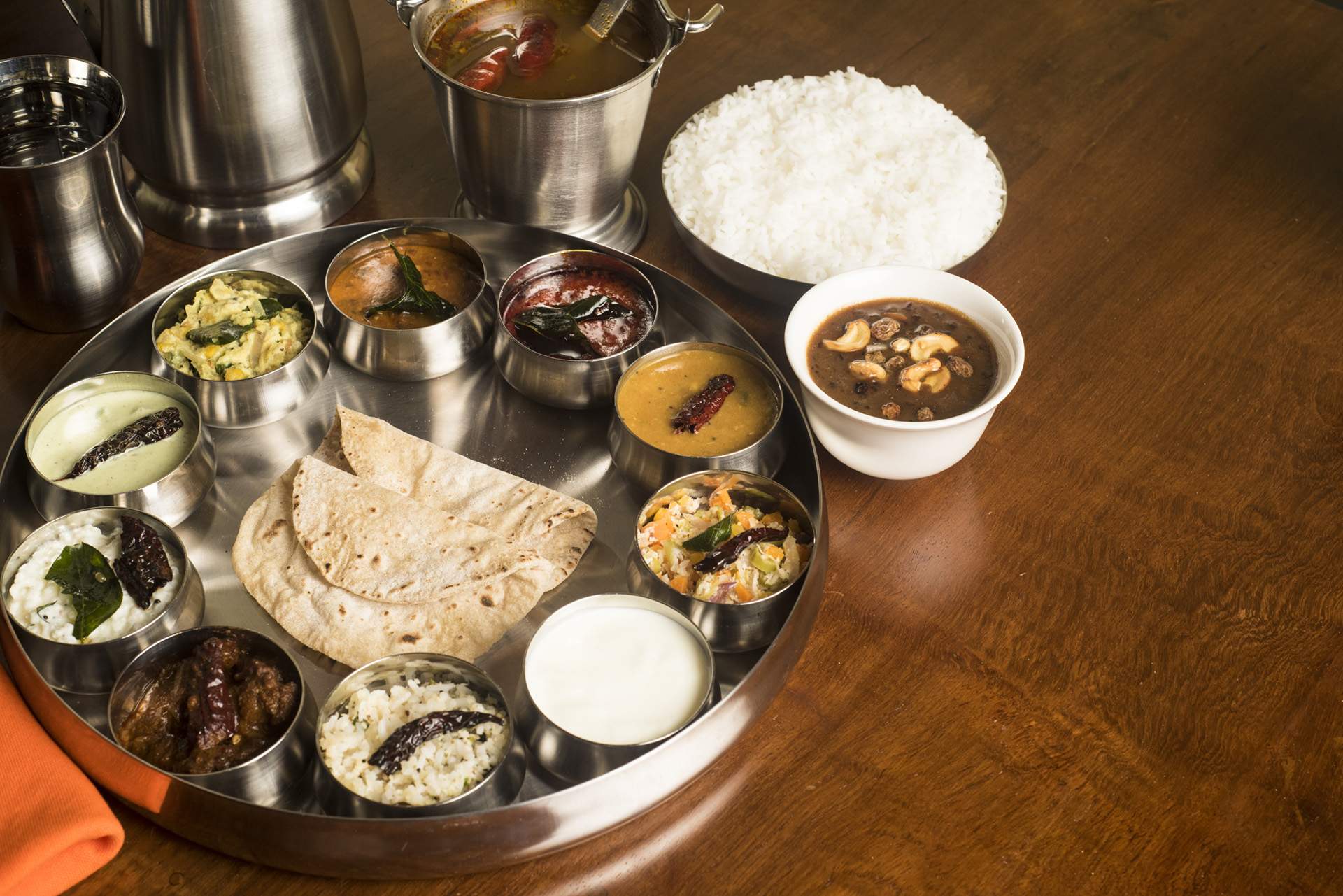 After an invigorating 60- minute session of aromatherapy massage (using essential oils of almond and lavender) I get back to my cottage to see the barbeque grill set on my cottage lawn. Yes, for dinner, the DIY barbeque is the best bet. Explore your culinary skills (with a chef's assistance, of course) right under the stars while taking delight in the extensive menu offering that includes variety of salads (Greek salad, apple mayo salad), three different veg-skewers (paneer and vegetable, grilled Moraccan vegetable and Jamaican jerk marinated potato) and three non-veg skewers (Carribean marinated chicken, Greek lamb with yogurt mint salsa and chilly lemon prawns) along with a  chocolate brownie for dessert. With a fair share of North Indian and Continental options, the menu at Ahaaram comprises mainly of Tamil Nadu delicacies such as Kaima Gold Urandai, Paruppu Urandai Kuzhambu , Arisi paarappu sadam among others.  Breakfast here is usually continental with breads and cereals along with South Indian staples such as dosas. Buttermilk with starters and more than ten dishes served along with rice and phulka for lunch, the menu of which keeps changing every day. Also expect a variety of payasams for dessert. 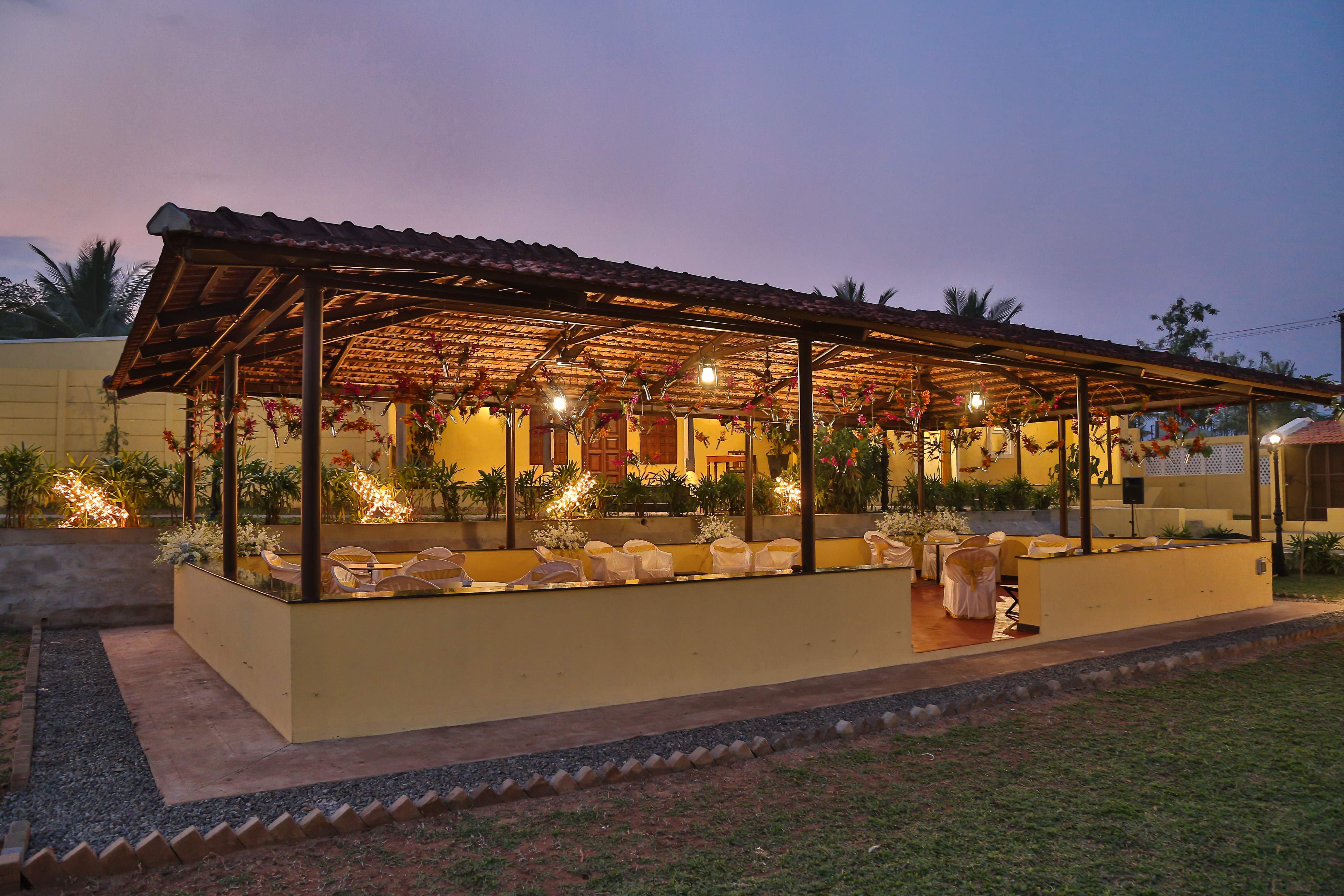 A stroll in the garden finds you in a space surrounded by trees with bird baths and single stone furniture in it. Walk through the herbal garden and the butterfly garden, and you reach the petting zoo with ponies, birds and goats for the kids to play with. The open grounds of Dvara that can accommodate up to 500 people at once offers a perfect setting for intimate al fresco functions. With its serene ambiance, refreshing greenery and warm hospitality, Dvara as the name suggests, is a doorway to relaxation, away from the madding crowd.