Why The Tamara, Kodai is a must-visit for those who love spending time in the hills

Behind one of the sharp turns on the winding St Mary’s Road, just a few metres away from the over crowded Upper Lake View, The Tamara, Kodai stands quiet and dignified. Set quite far away from the road, its grey stone walls, forest green pillars and brick red awning were lit up by warm golden lighting as we drove up the driveway to the entrance of the luxury resort. 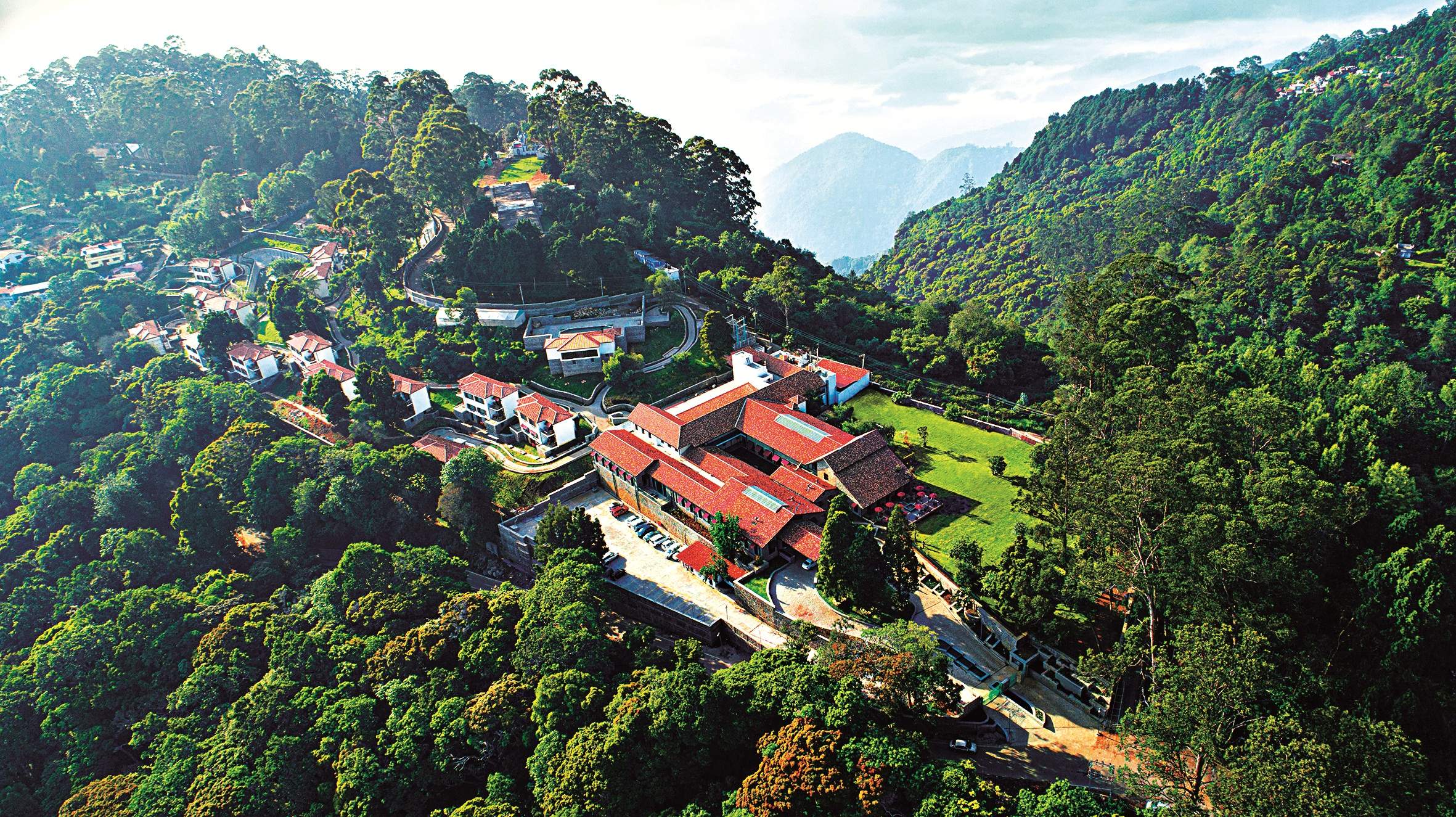 If you asked us what we expected from our visit to Kodaikanal (after a long and arduous journey) a few weeks back, we’d have replied with peace, quiet and to experience the beauty of nature. However, at The Tamara, Kodai, you also get to soak yourself in a bit of history and heritage, tied to the early years of the town and its first settlers.

Making an entrance
We were caught off guard by the biting cold monsoon breeze that greeted us as we stepped off the bus that ferried us from the Madurai airport to the resort located at the heart of Kodaikanal. But we were quickly ushered into the foyer, where a warm fire lit up the large space with its stone walls, terracotta roof and ceiling-to-floor windows. Steaming hot cups of black tea were passed around as we checked in. The luxury resort is located in the La Providence building, a historic structure, that was a monastic retreat in the 1860s. The stillness and peace, characteristic of a monastery, are still strongly felt throughout the resort, and the original columns, beams and certain structures in the main building are still intact. 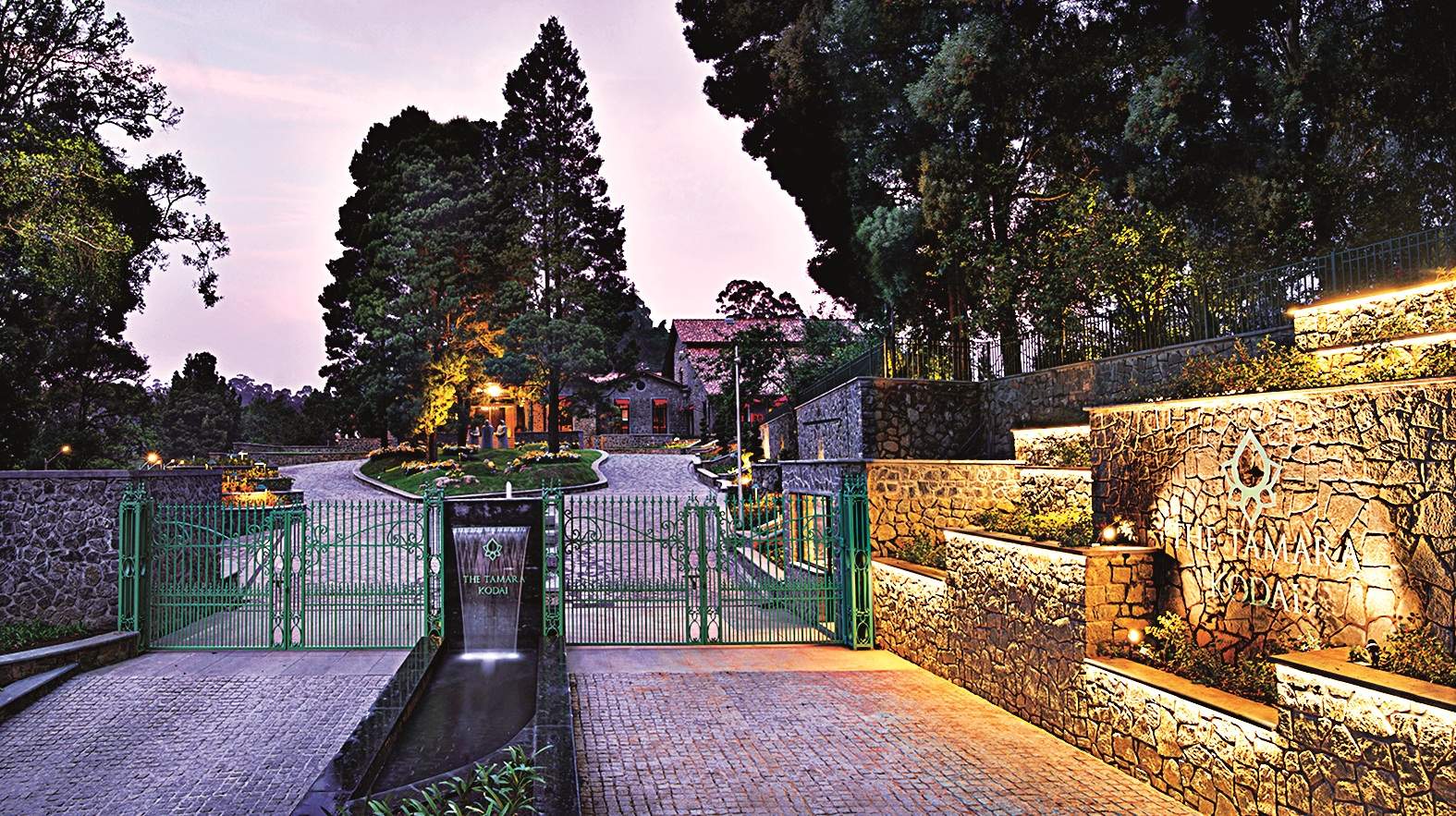 Behind the building that houses the lobby, restaurants and the spa, lie the guest suites along a long meandering road. Designed in a French colonial style, they are equipped with a living room, bedroom, wooden flooring, a two-poster bed, an attached bathroom and a large balcony. Exhausted after a day of travelling, we retired for the night almost immediately. 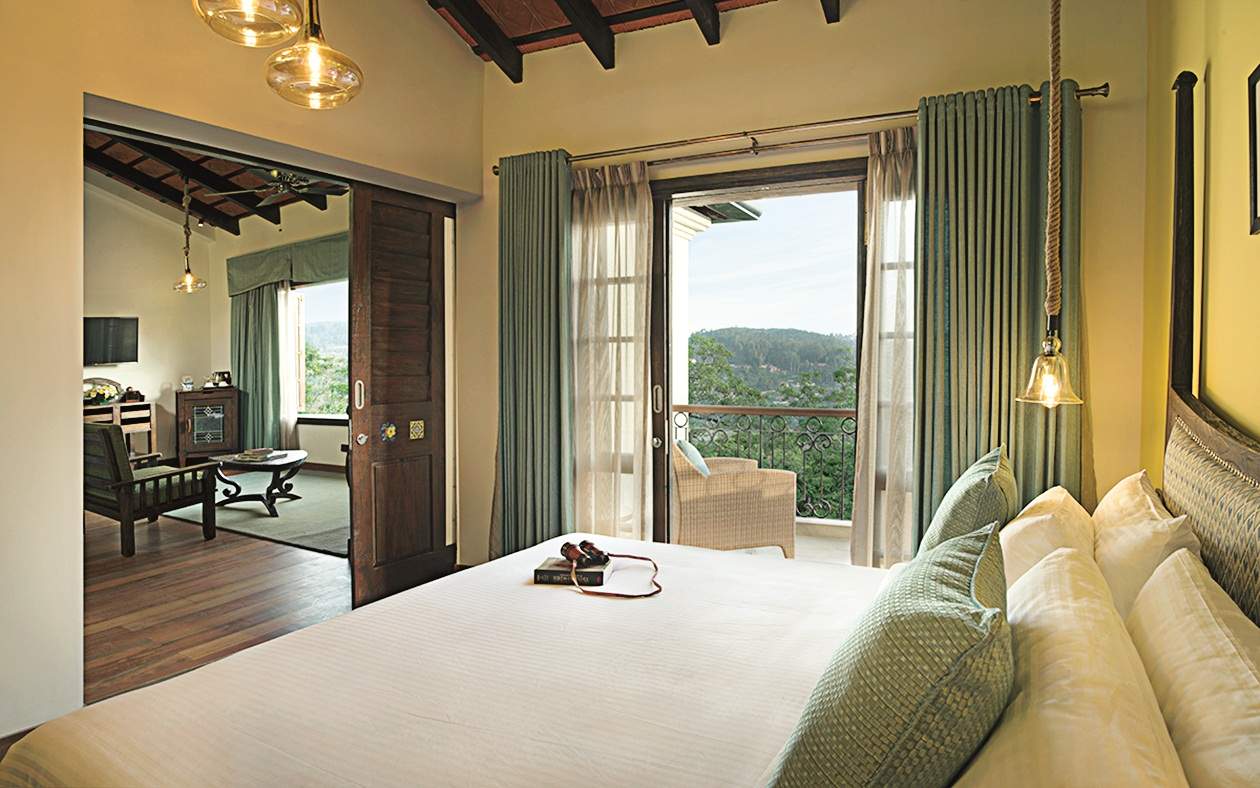 We woke up as early as 5.30 am and headed for a trek in the hills. It was an easy one-and-a-half hour trek into Pambar forest, with views of the surrounding hills. Our guide, Mr Syed, stopped to give us interesting tidbits about the foliage, insects and little creatures that we encountered along the way. The Nilkurinjis, which appear every 12 years, were also in full bloom, giving portions of the hills splashes of blue. The trek led us to the famed Pambar falls, better known as Liril Falls (thanks to reports that the ’90s advertisement for the soap had been shot here), where we rested for a while, and recharged our batteries with the coffee, cookies and cakes. The climb back to the starting point was slightly more challenging, and we were happy when we found ourselves back on level ground, well... as level as it can get in Kodaikanal, at least. 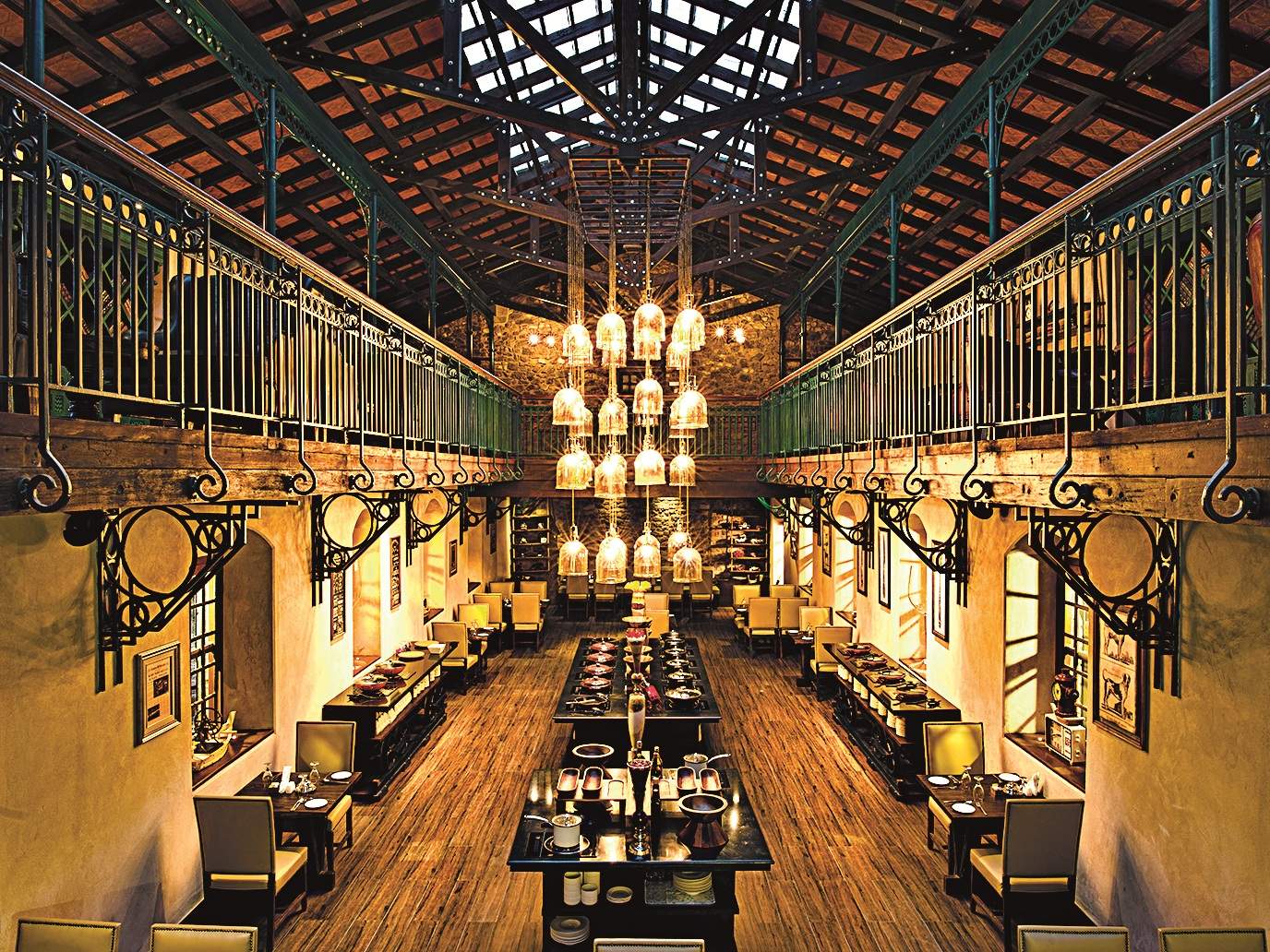 Dive in
The rest of the day was spent visiting the Berijam Lake, half an hour from the town. Once back at the hotel, we were taken around the property where we were shown their water treatment plant (the resort is built with environmentally conscious principles), the temperature controlled swimming pool and the spa. The pool was inviting with its tranquil water shimmering in the moonlight. But we had to head back to our rooms and get ready for dinner at La Providence, their buffet restaurant. 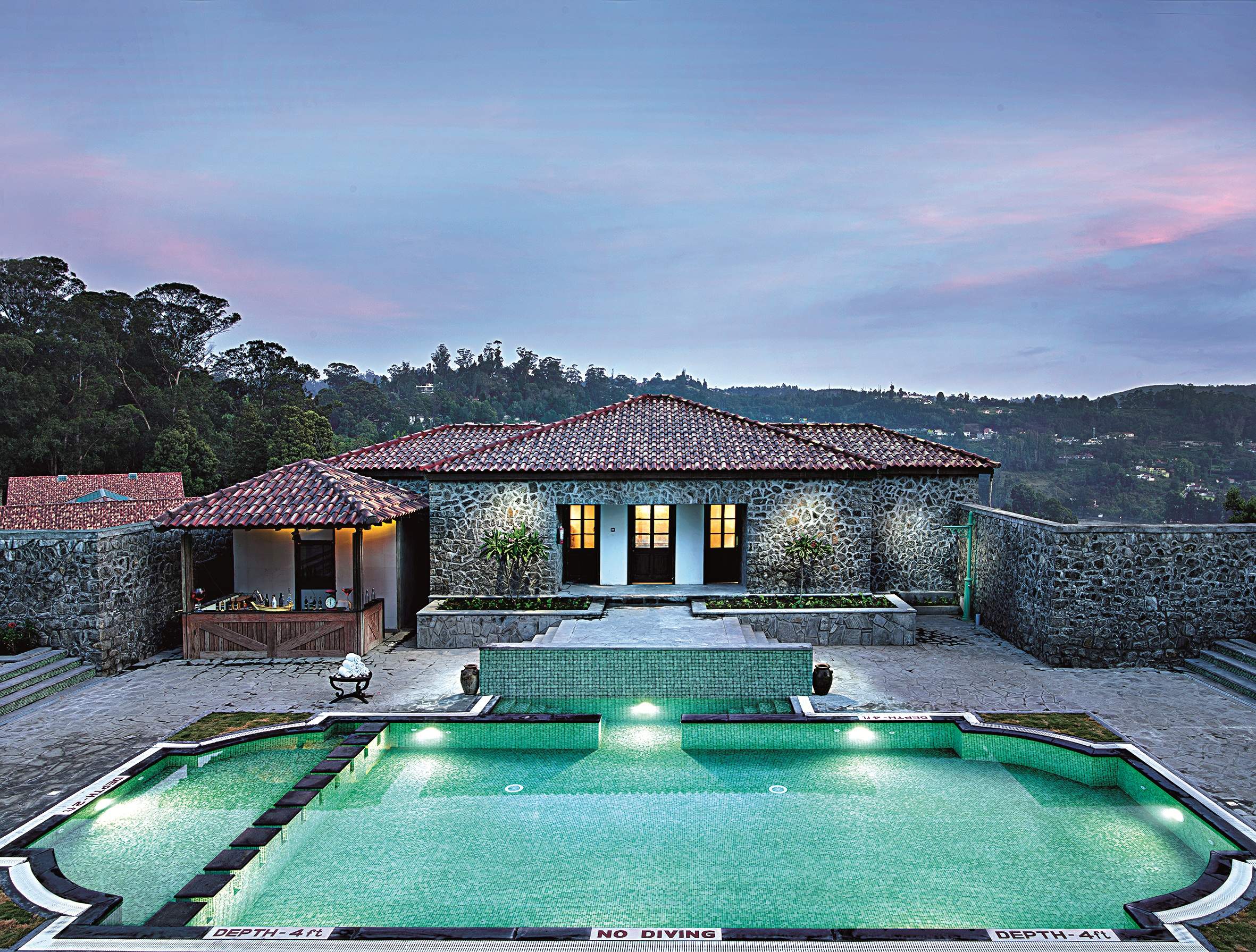 The solid stone walls set a warm and cosy tone, as we took our seats on the outdoor deck. A roaring fire right by our table had us braving the strong cold gusts of wind. As we were plied with wine, we chatted over canapes and freshly cut fruit, well into the night.

Wheel deal
Our third day in Kodai, had us waking up bright and early yet again. Our itinerary for the day included a one-hour cycling session in a secluded trail. The skies gifted us with a gentle drizzle, not too bad for monsoon, just as we reached, and we cycled past spotless lakes and narrow curving roads flanked by tall green trees with absolutely no traffic. On our way back, we stopped at the Mannavanur Sheep Farm, an expanse of rolling green hills, surrounding a lake. 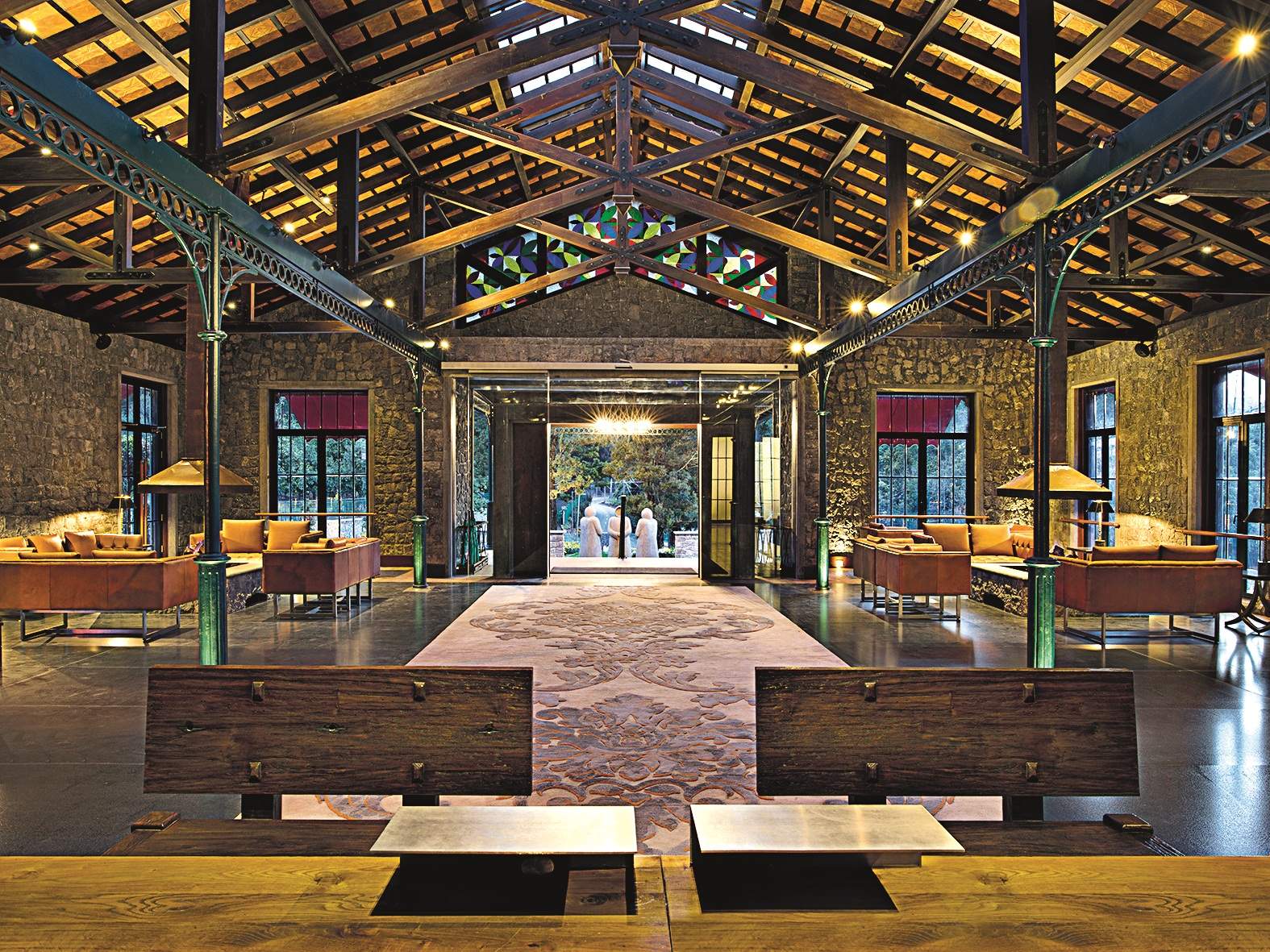 A spa session was much needed after the physically demanding day and that’s what we did once we got back. We opted for a Swedish massagewhich focuses on relaxing the muscles with long swipes. It was rounded off with half-an-hour in the sauna, after which we were truly relaxed and prepared to get back into the daily grind the next day.

The writer visited The Tamara, Kodai on invitation from the resort.